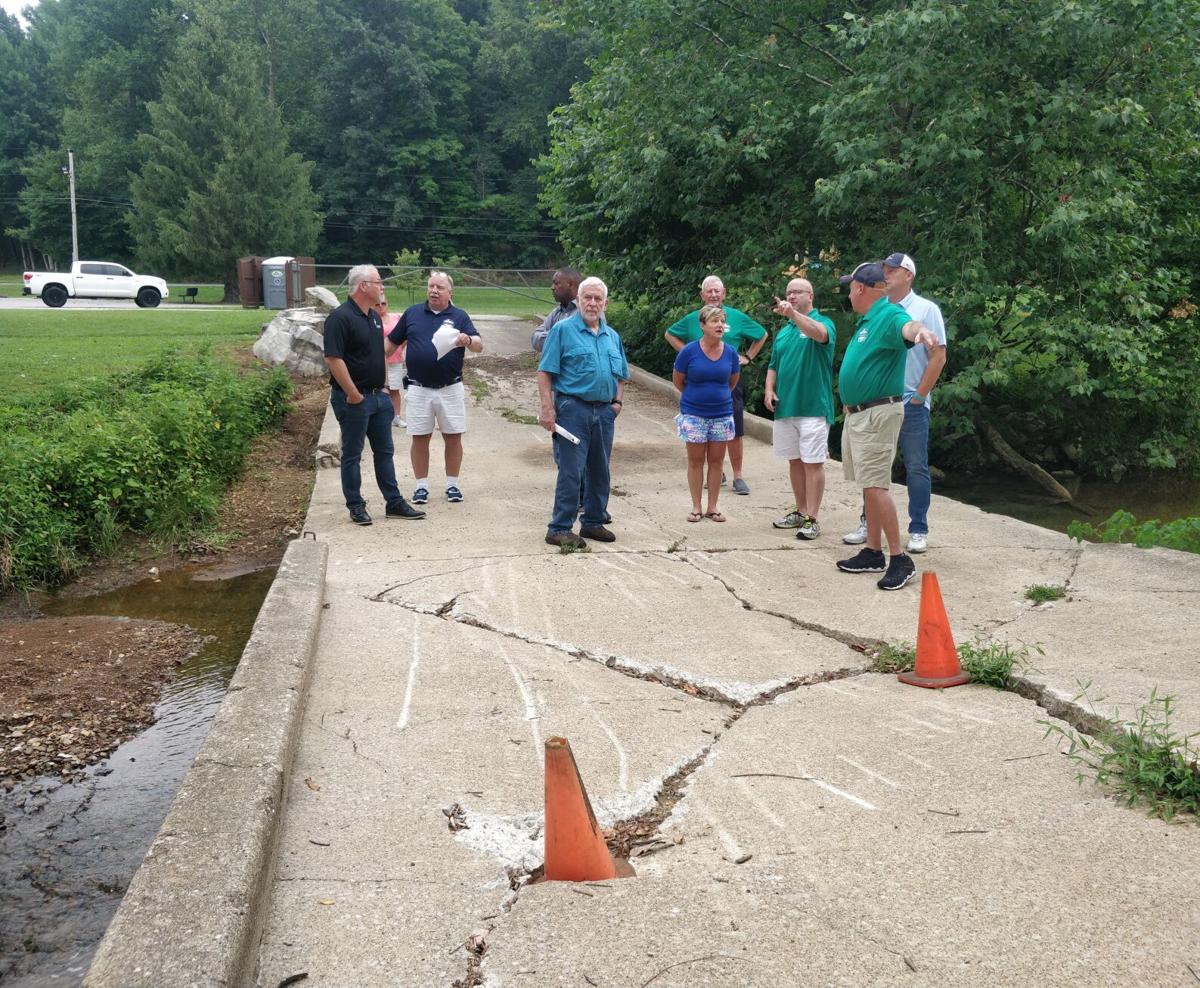 Floyd County commissioners and council members stand on the cracked and crumbling bridge at Letty Walter Park Saturday. Temporary repairs will cost $5,000 to $10,000, with an eventual bridge replacement needed at around $500,000. 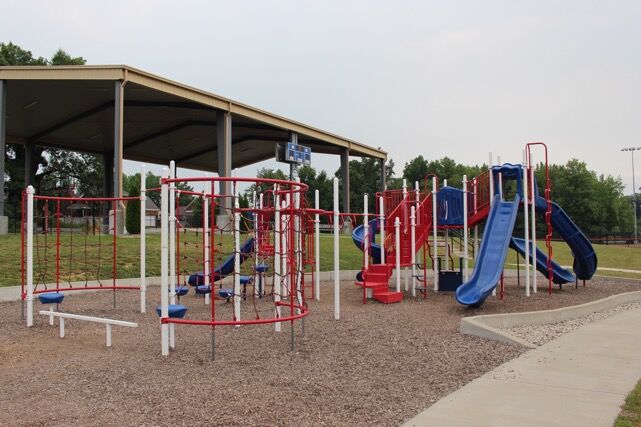 A playground at Kevin Hammersmith Memorial Park in New Albany, the newest in the Floyd County parks system. 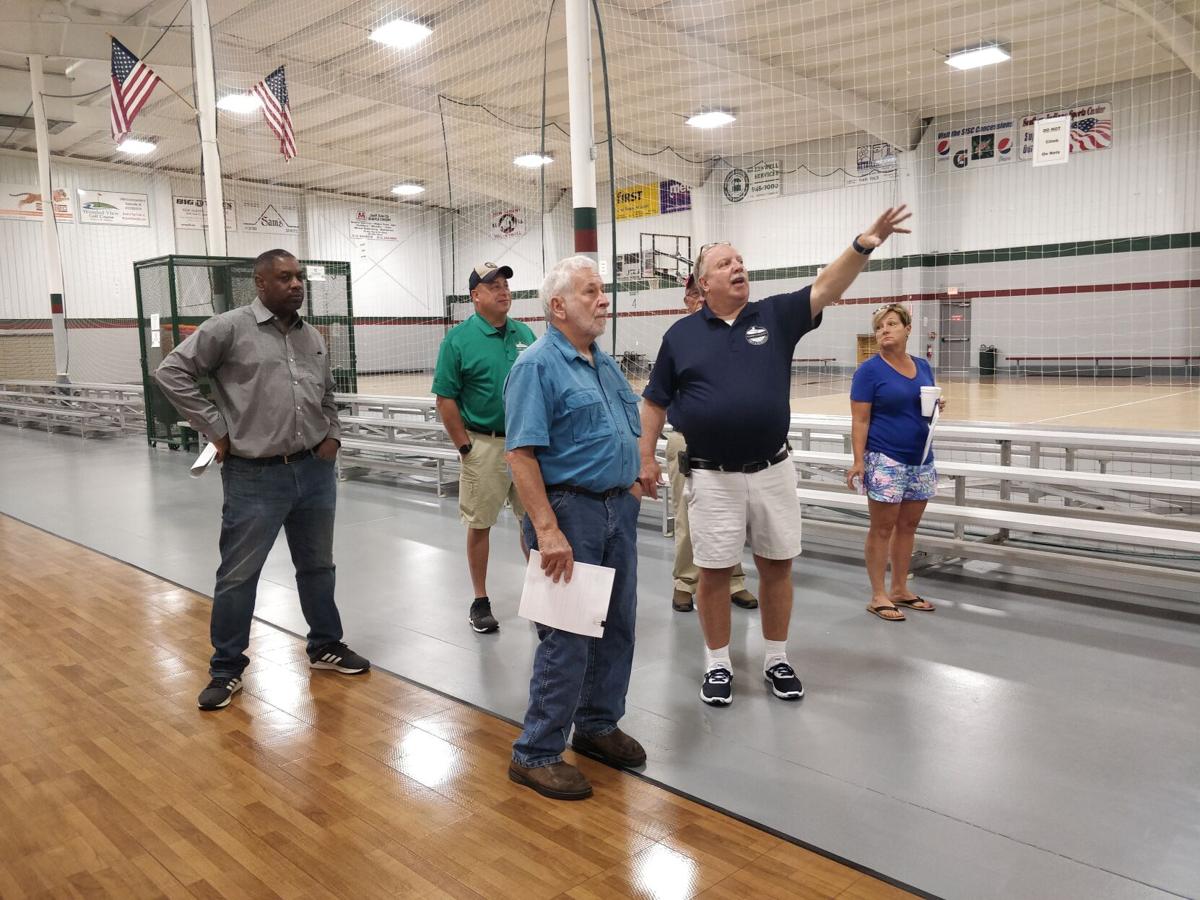 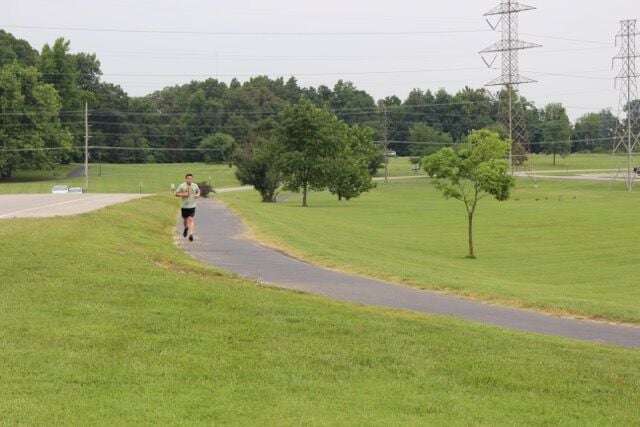 A runner takes advantage Saturday of the multi-use path that winds around Sam Peden Community Park in New Albany. 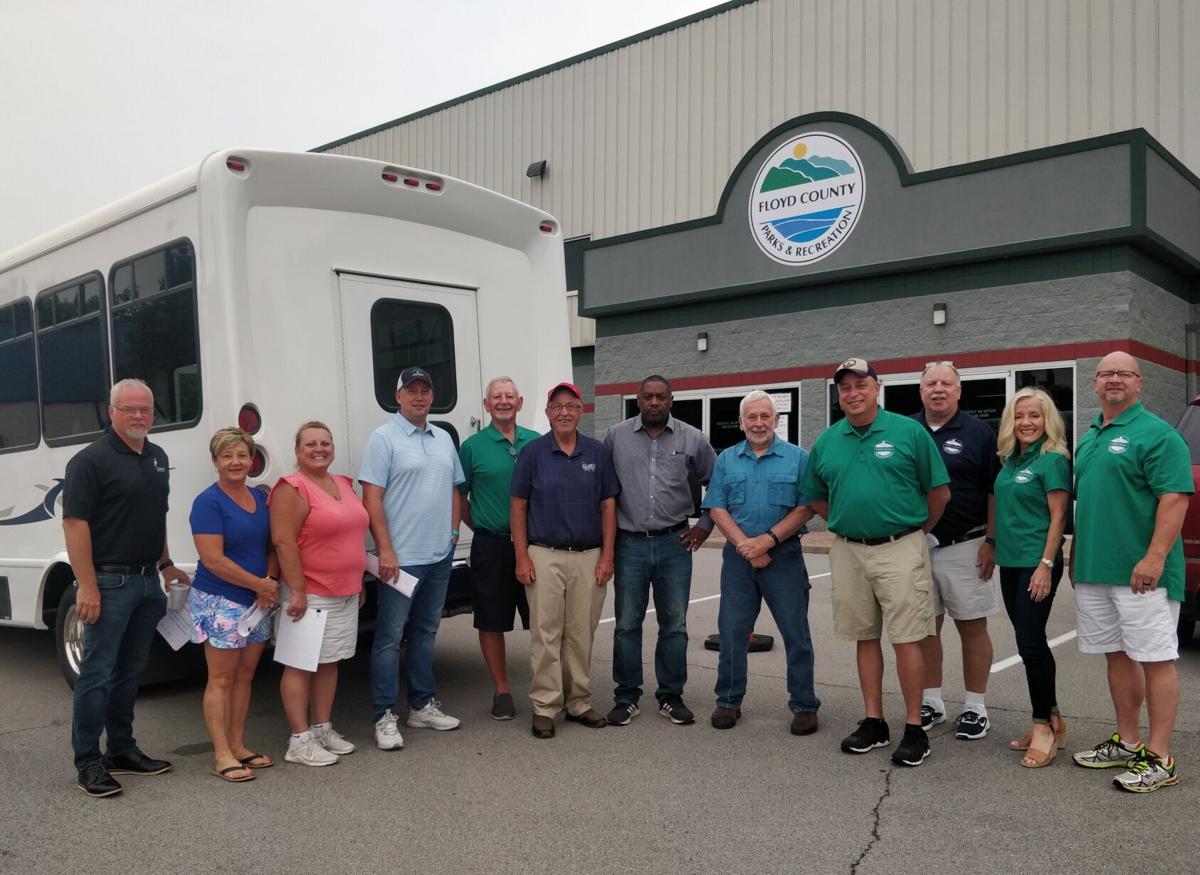 Floyd County commissioners and council members stand on the cracked and crumbling bridge at Letty Walter Park Saturday. Temporary repairs will cost $5,000 to $10,000, with an eventual bridge replacement needed at around $500,000.

A playground at Kevin Hammersmith Memorial Park in New Albany, the newest in the Floyd County parks system.

A runner takes advantage Saturday of the multi-use path that winds around Sam Peden Community Park in New Albany.

FLOYD COUNTY — After a pause in early spring due to COVID restrictions, the Floyd County Parks Board is moving forward in its push to secure funding for operations, repairs and maintenance of the county’s nine parks.

On Saturday, several Floyd County commissioners and council members toured the county parks facilities — seeing firsthand both the recent upgrades and the work that needs to be done to repair and keep the parks safe and attractive. They were provided a packet that detailed $8.7 million in funding expenses for potential projects over the next 10 years.

“[We thought] ‘let us show you what we need; we’re not making this stuff up,’” said Floyd County Parks Department Superintendent Roger Jeffers. “’We’re going to take you in and show you and then we can discuss it from there.’”

The tour comes after a request by the parks department at the start of the year to implement a small tax increase to fund the area’s amenities, which would amount to about $25 per year on a home valued at $150,000. The ask would add a few hundred thousand dollars annually to the department’s small budget. In 2021, parks has an operating budget of $580,000 with an additional $201,000 in non-reverting funds.

It would also allow the department to secure bonds of $2 million to $3 million to help further fund large repairs.

That tax was not voted on, and the parks department set out to host a series of meetings and workshops to discuss the need for funding, which were put on hold due to COVID.

Floyd County Commissioners President Shawn Carruthers said he’s in favor of supporting parks — to improve the quality of life for current and future generations, to help retain the youth of the area.

“We want them to live here, we want them to work here and we want them to be able to play here and parks is a very important part of that,” he said, adding that with COVID restrictions and the stress of the past year, parks helped people with their mental health.

“Our parks were very important part of being able to allow people to get out and maybe unwind some,” he said. “Parks is very important. I think it’s definitely something we need to pay attention to.”

The tour started at the Southern Indiana Sports Center in New Albany, built in 2000 and gifted to the county in 2013 when the city and county parks diverged paths. The tour ended at Sam Peden Community Park on Grant Line Road, which, built in 1965, is the oldest park in the county.

The project list includes plans to upgrade and maintain the older parks — things like adding security and accessibility features such as solar lighting, cameras and ADA-compliant improvements and in one park, electricity.

It also includes where updates like basketball court resurfacing and shelter house rebuilding are needed.

At Kevin Hammersmith Memorial Park, built in 2018, the group saw the unique outdoor covered basketball court, which overlooks the city-owned New Albany Little League park. The parks department estimates $1.76 million is still needed for the Kevin Hammersmith park, but $1.3 million of this is set for a fully accessible playground and spray pad, built to include children with varying abilities. The parks department is now raising funds to help offset the cost of the playground.

Garry Cavan Park, formerly Edwardsville Park in Georgetown, calls for the largest chunk of funding at $3.1 million, but with $2.5 million going toward a proposed community center. Some of the smaller parks, like the county’s only neighborhood park at the end of Fiske Avenue, called for $150,000 to $200,000.

But what stood out the most to those on the tour was the crumbling concrete bridge at Letty Walter Park on St. Mary’s Road in Floyd Knobs. The bridge is blocked to cars, with orange cones around the cracked, uneven surface. The lowest sides have been eroded by the water below. Jeffers estimated it will cost $5,000 to $10,000 to just to make it safe, and $500,000 for the needed replacement of the bridge altogether.

“You can even see how the water has ripped the concrete where it goes across and just washed everything out underneath there,” Jeffers said. “We can’t drive across there now, which we need to do, and we also don’t want anybody to get hurt.”

Floyd County Council member Denise Konkle said after the tour that while she visits the county parks often and was aware of some of the issues, Saturday was the first time she’d seen the bridge at Letty Walter Park “and that needs to be taken care of right away,” adding that “we have done so much work already on our parks and Roger has done just an awesome job at making our parks a really nice place for our citizens. But we have some things that need to be done and we’ve got to figure out how to generate some funds to make those things happen.

“We’ve got to sit down as the council and the commissioners and really focus on how we can get some sustainable revenues so that they can do what they need to do to keep our parks where they’re at.”