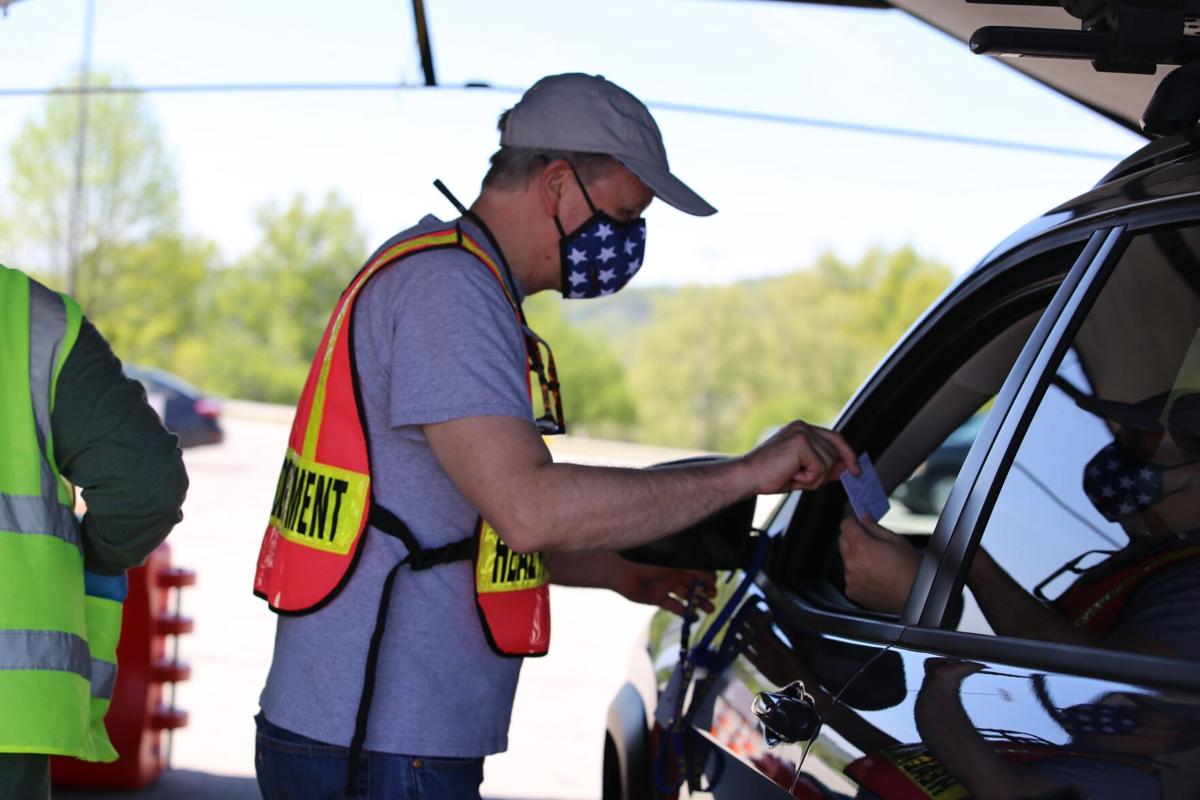 Volunteer Steve Worth hands a vaccination card to a recipient of a COVID-19 vaccination at the Indiana University Southeast clinic in April. 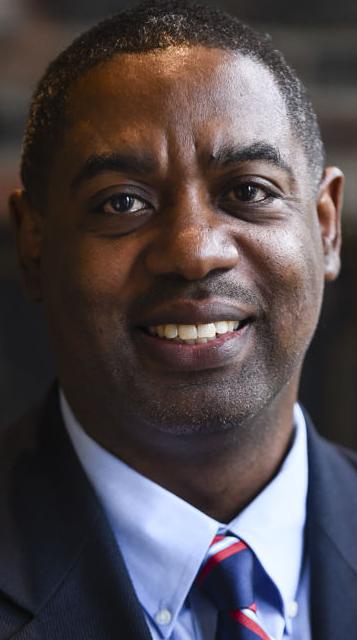 Volunteer Steve Worth hands a vaccination card to a recipient of a COVID-19 vaccination at the Indiana University Southeast clinic in April.

But even if the commissioners do decide to approve a resolution, it likely would hold no enforcement weight as it pertains to private businesses. Also, there’s no measure in place for any local government in Southern Indiana mandating that people must be vaccinated to enter a public space.

Mary Brewer appeared before the commissioners Tuesday and presented them with information and a mock resolution calling for the passports to be banned. Such passports provide proof that a person has received COVID-19 vaccinations. The U.S. hasn’t implemented such a plan, but France is set to require vaccine passports in August for people to be in many public places as well as restaurants and some businesses.

Indiana lawmakers approved a bill in April forbidding state and local governments from requiring COVID passports. The strength of that law has already been questioned after Indiana University officials made the decision to require staff and students to be vaccinated by the fall semester.

Though the university had already somewhat acquiesced by changing the order to state that it wouldn’t require students or employees to show vaccination proof, a federal judge upheld IU’s policy in a decision announced Sunday.

In June, at the behest of a group of local residents, the Clark County Commissioners passed a measure stating they would not require proof of COVID immunization to enter county government facilities.

Clark County officials emphasized that the measure was only for public spaces and that they couldn’t dictate how private businesses handle the issue.

The request made Tuesday in Floyd County was taken under advisement.

Brewer urged the commissioners to take action soon. She said those who want to be vaccinated should do so, but that others shouldn’t be forced into immunization.

“Don’t negotiate with our health. This is the hill myself, and many others, are willing to die on. This is how important freedom is to us,” she said. “There is a society that already had this conversation. It was Nuremberg. The number one takeaway there — consent. History repeats itself. Please do your part to not let this happen in America.”

Brewer, who was one of two residents who publicly asked the commissioners to approve the measure, went on to cite reports alleging complications with COVID vaccinations. She referenced a lawsuit filed in Alabama against the U.S. Department of Health and Human Services by a conservative group of physicians titled America’s Frontline Doctors.

The motion made seeks to stop the use of COVID vaccines in children, though many of the claims in the lawsuit have been widely debunked by medical officials. The group claims the number of coronavirus cases are fewer than have reported, that the media has spread misinformation about the virus and that the vaccinations don’t actually help prevent the spread of COVID-19.

The group also alleges that the number of deaths that have occurred within 72 hours of a person receiving a vaccination have been under-reported.

According to the Centers for Disease Control and Prevention, millions of people have received COVID vaccinations “under the most intense safety monitoring in U.S. history.”

The CDC has a reporting system on its website for people to submit claims of adverse effects after they have received COVID vaccinations. The agency states that system accepts any reports of any adverse events and that those reported problems haven’t been proven to be related to vaccinations.

Floyd County resident P.J. Moore took a different stance. He said comparing vaccination requirements to Nazi Germany was a stretch and added that a person’s freedoms end when they negatively affect the rights of others.

Moore said, for example, he can’t burn tires on his property because the fumes would hurt the environment and impact his neighbors.

Rick Fox, attorney for the Floyd County Commissioners, said Wednesday he’d briefly reviewed the submitted information. He compared it to a resolution a local group had requested the commissioners approve last year to declare Floyd County a Second Amendment Sanctuary.

Fox said he wrote a different resolution that reaffirmed that the county would follow the Constitution and state and local laws. Essentially, Floyd County doesn’t have the power to set its own laws on such issues.

Fox refers to such proposed measures as “negative resolutions” because they are addressing regulations that don’t exist. Floyd County doesn’t have a vaccinations requirement to enter public spaces, so approving such a resolution would be accomplishing what the county’s leaders have already done by not instilling such a policy, Fox said.

As was the case in Clark County, Fox said an attempt by the Floyd County Commissioners to limit what a private business can do would likely not pass legal muster.

“Businesses have the right to make those decisions, the same way with masks,” he said. “Businesses can still say ‘I want you to wear a mask if you’re coming in here’, and some still do.”

The three commissioners are Republicans, as is Fox, and the body has found itself in the spotlight during the pandemic. Commissioners Shawn Carruthers and John Schellenberger initially backed bringing in a new health officer before reversing course last December. Many people spoke out against the idea of replacing a health officer in the middle of a pandemic, though Carruthers and Schellenberger claimed their first votes were not just about COVID-19 response.

But Carruthers and Schellenberger have also been supportive of vaccinations. Schellenberger volunteered for numerous hours at the county’s mass vaccination site at Indiana University Southeast and said after Tuesday’s meeting that those who haven’t received the shots should do so.

But he added that he would not support a vaccination passport. Carruthers offered similar sentiments, as he said he would be opposed to the government forcing people to be vaccinated to enter public spaces.

“I’m a person for freedom. I understand the health side of it, but also, we don’t want to get into restricting freedoms,” Carruthers said.