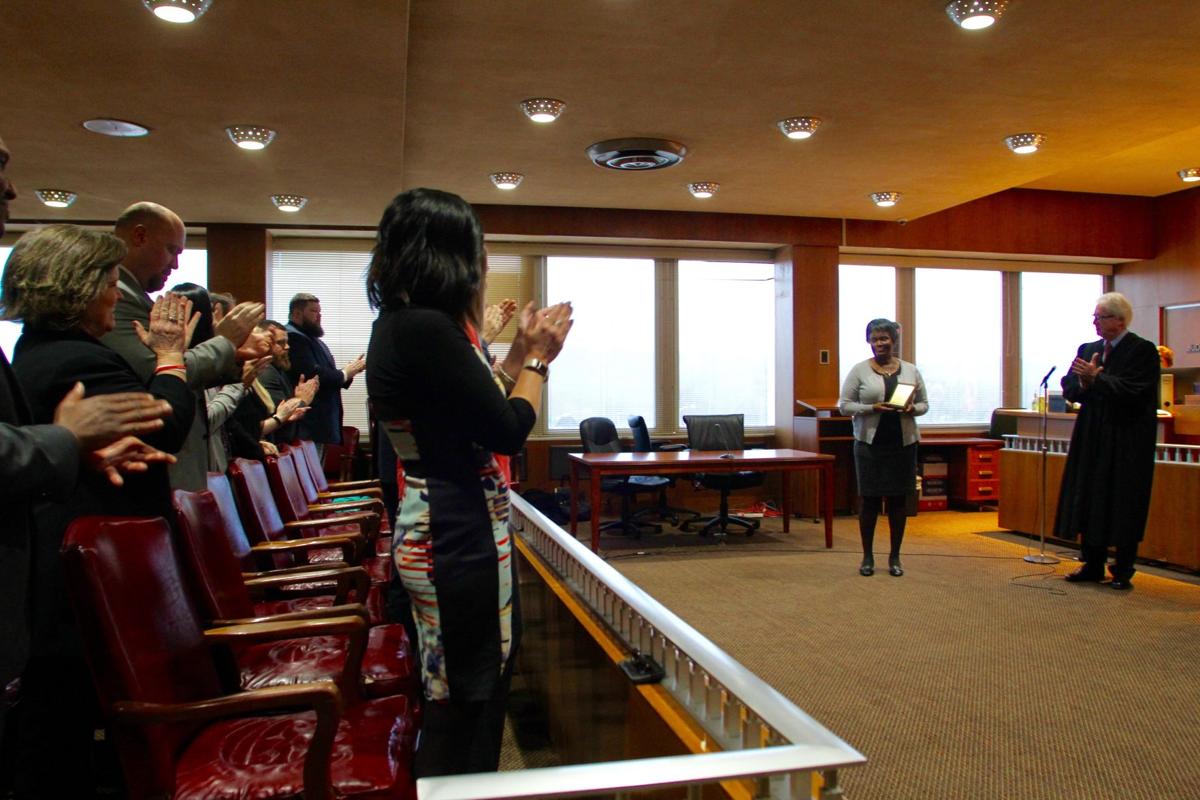 On Monday, Denise Beckwith was given an award bearing her name that will recognize Floyd County's probation officer of the year moving forward. 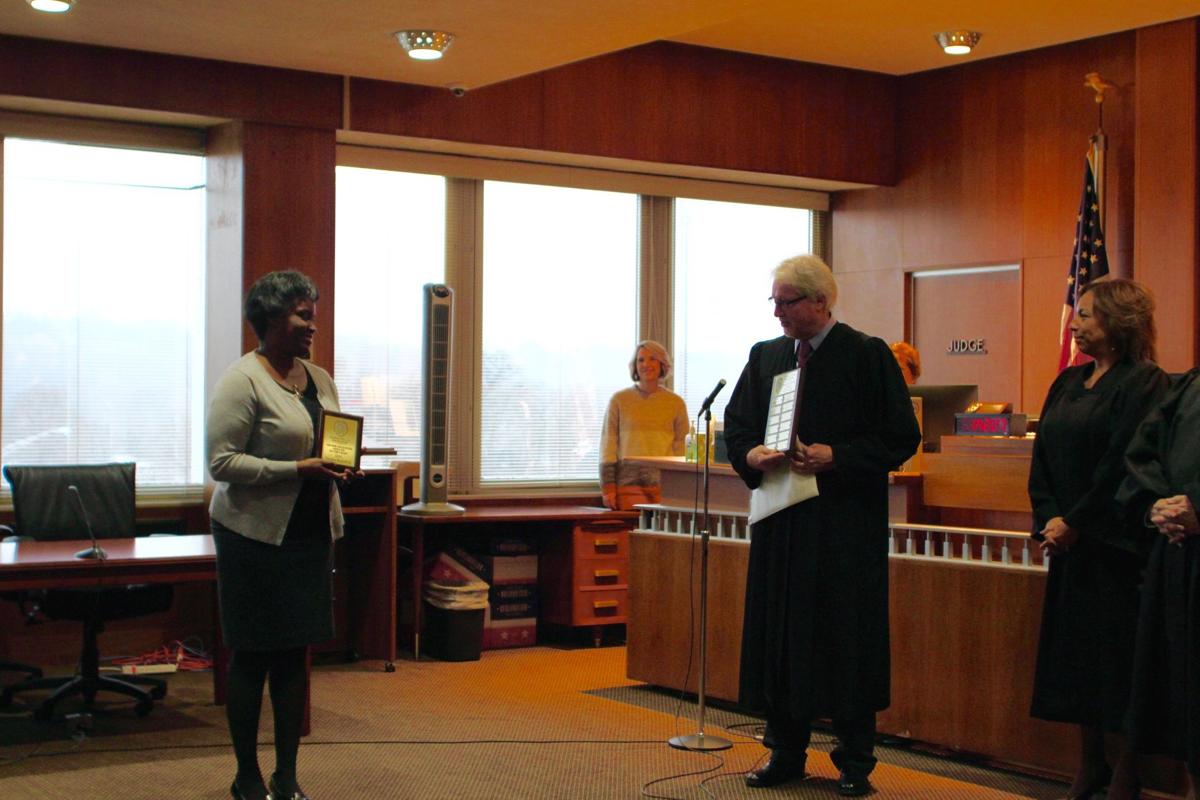 Denise Beckwith was recognized for her 18 years of service in Floyd County's Probation Officer by Judge Terrence Cody on Monday.

On Monday, Denise Beckwith was given an award bearing her name that will recognize Floyd County's probation officer of the year moving forward.

Denise Beckwith was recognized for her 18 years of service in Floyd County's Probation Officer by Judge Terrence Cody on Monday.

NEW ALBANY — The day in Floyd County Circuit Court started off like any of the other annual swearing-in ceremonies for the county's probation officers.

But at the end of the proceedings, something out of the ordinary occurred. It was at this time that Cody announced that someone in the room would be honored, not only for this year, but for years to come.

Beckwith was hired nearly two decades ago by then-chief probation officer Virgil Seay, noting that his teachings and those from others within the office helped guide her through the years.

“It’s just an honor," she said of the recognition. "With all the great probation officers that have come through, I was guided and learned a lot. I just took what I learned from [Seay] and just moved on with it.”

In her time as a probation officer, Beckwith has helped countless young individuals. Trends have come and gone, but Beckwith said she has done her best to adapt with the times and provide the best assistance possible to right the paths of the young people with whom she deals.

“Each year and each day is something different when you’re dealing with juveniles," she said. "There’s different challenges that you have to deal with and different attitudes. Each year, there’s changes with the kids and ways you have to handle them. It’s been good, and I’ve enjoyed it.”

This coming August will be Beckwith's 18th year as a probation officer. She hopes to keep going for another couple of years, maybe even three or four, she said.

Something that has proved helpful in her lengthy career working with young people has been her ability and willingness to "take her work home with her," as she puts it. This is especially true if she identifies a child in extra need of attention.

“They always say don’t take your work home with you," Beckwith said. "When you leave the office, it stays there. But normally, I don’t do that. If I have to make contact with that person over the weekend, there’s some times where I do that. I just want to make sure that everybody’s doing well. I just try to make sure that when I leave a kid during the day, that everything is working well not only with the kid, but with the family.”

Cody said he was the only judge present at Monday's event to have seen Beckwith work for the duration of her career. Prior to her hiring, he said he knew of her work with students at New Albany High School and how beneficial such experience would be.

“What sticks out with Denise to me is her demeanor," Cody said. "She’s excellent with kids. She can be their best friend or worst enemy if they’re not toeing the line. She’s so well-respected in the community, within the probation office and with the judges. It’s just the type of person she is.”

All of these years later, Cody still marvels at the work Beckwith does. He said she had been submitted as the county's nominee for Indiana's probation officer of the year.

When the state passed on the nomination, he said the consensus of the office was that she should be honored regardless. That was the birth of the Denise Beckwith Probation Officer of the Year.

Moving forward, Cody noted that the award will act as motivation for probation officers to continue to excel in what they do.

“Peer recognition is very important," he said. "I’m sure we will nominate people in the future again for the state award, but it’s best that we honor our own as well. I think it sets a pretty good reason to excel in your job."