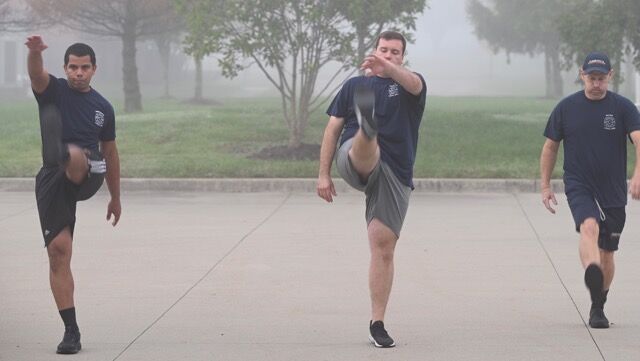 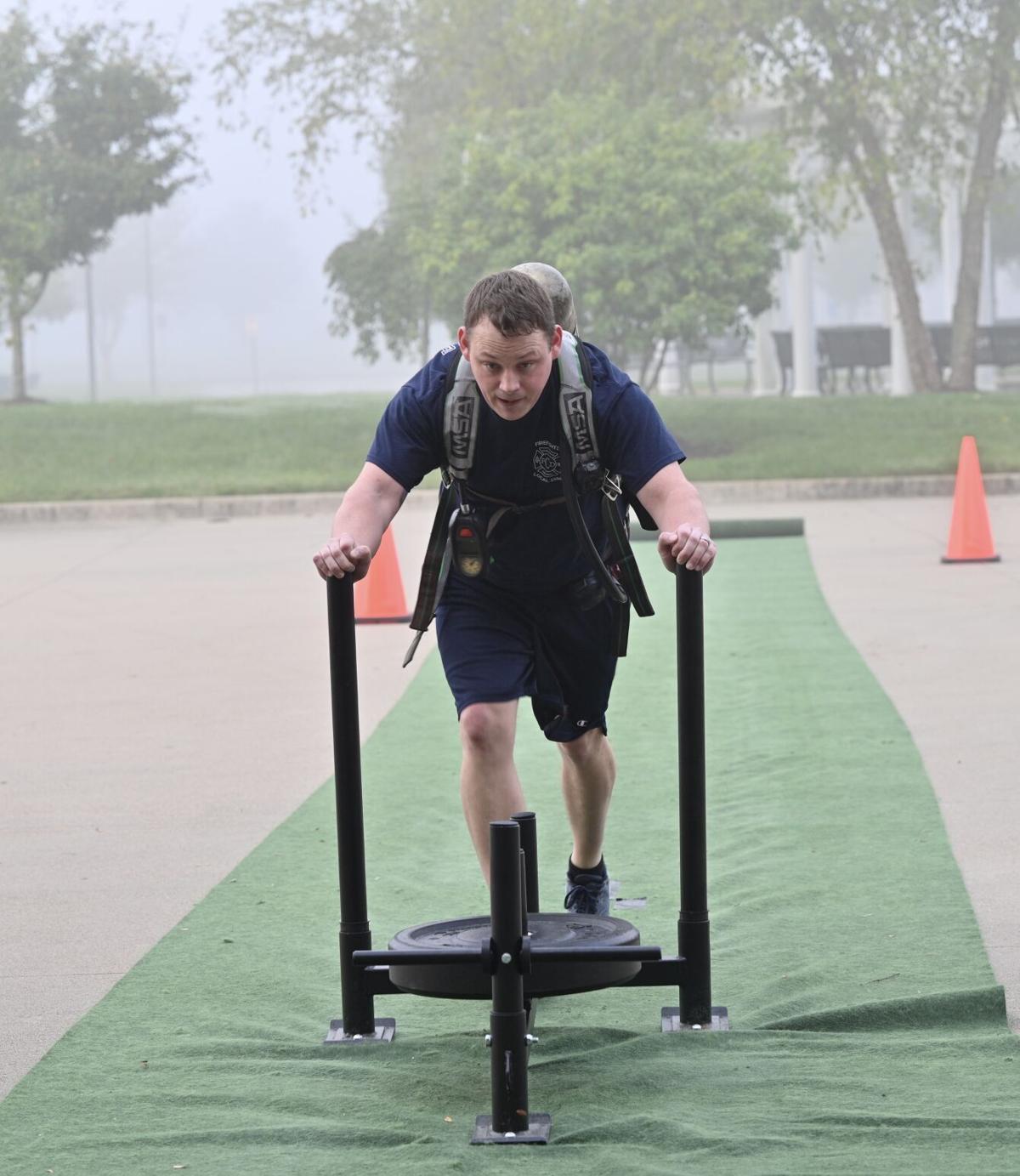 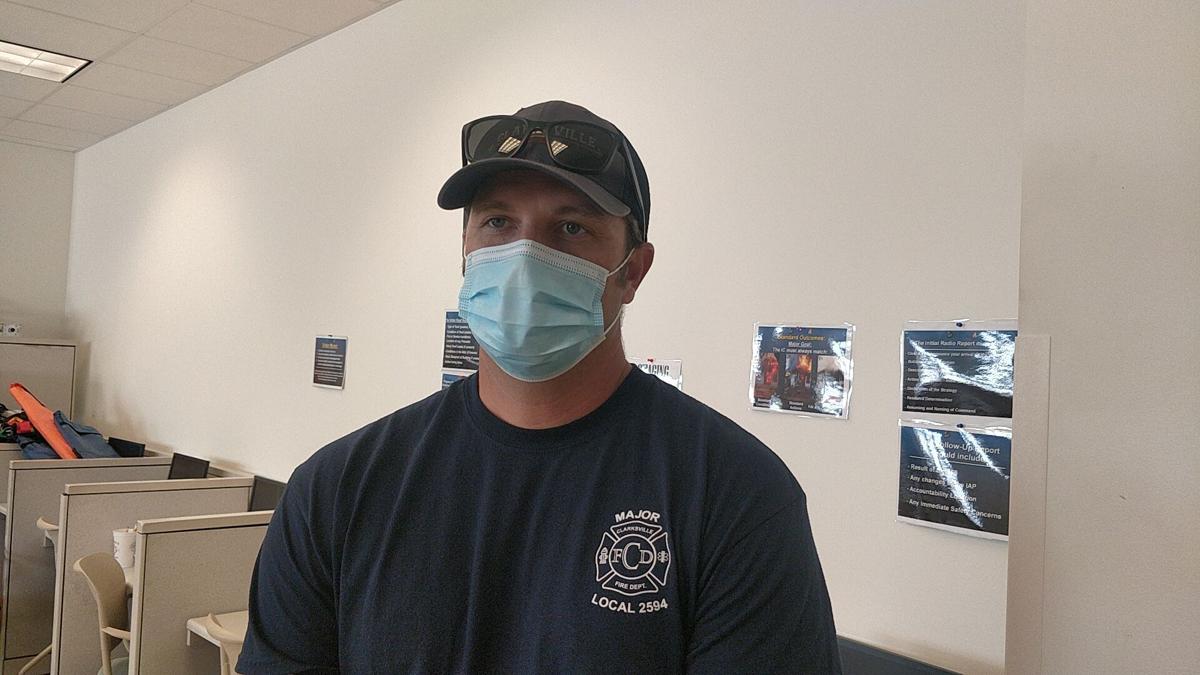 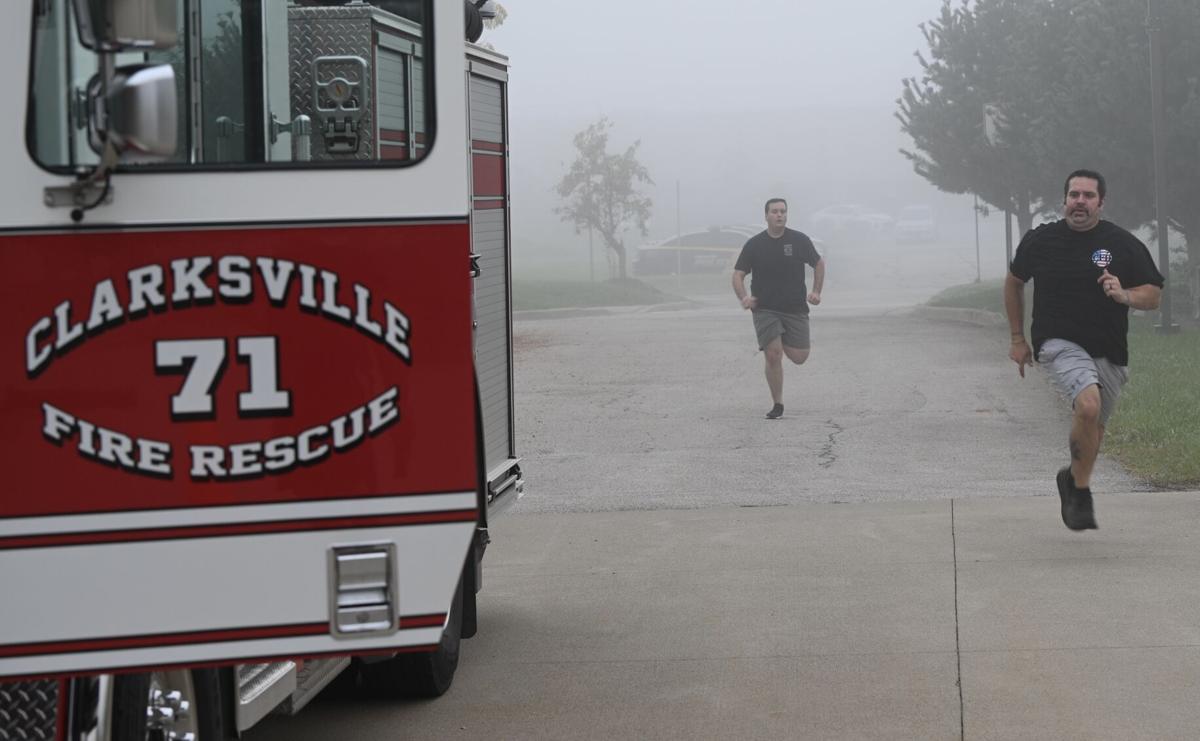 CLARKSVILLE — The Clarksville Fire Department is ramping up its attention to fitness through a recently implemented program that uses simulated work situations to help firefighters improve health.

The project has been among the first from from Maj. Jeff Spainhour, who has been the department’s training coordinator since December. Through support from the administration, Spainhour and firefighters Becky Oesterritter and Tim Cook have created a functional firefighting fitness program that uses real movements used in emergency situations.

Spainhour, who is passionate about fitness and health, said the program “is very important for our firefighters to stay healthy and safe. We want them to have a long career here and when they retire, we want them to be healthy as well.”

It’s now approaching three months that the the crews have been working out a minimum of two to three mornings a week for about an hour although some do more.

“We’ll be putting our air packs on, we’ve got a sled that simulates cutting a hole in a roof for ventilation, we have a sled we drag to simulate moving a body,” Spainhour said. “And we try to each month switch it up so we aren’t doing the same thing over and over, just trying to keep it fresh.”

The focus on fitness comes as a response to the number one thing that kills firefighters in the line of duty — cardiac issues.

From 1998 to 2016, the National Institute for Occupational Safety and Health (NIOSH), a division of the CDC, investigated about 600 line-of-duty deaths in fire departments across the U.S. They found that of the approximately 80 to 100 deaths per year, more than half were attributed to heart attacks and cardiovascular disease. The remainder of deaths have been caused by car crashes, rapid fire progression, being struck by something, structural collapse and falls.

This includes the Clarksville department, which lost a crew member in 2003 after he had a heart attack on an emergency scene. Chief Brandon Skaggs, who started that year and began leading the department in 2016, said it’s important to focus on health and fitness as well as other skills firefighters have, to help keep them at their best for the community and themselves.

“We wear fire gear to protect us from smoke, heat and flames, we wear helmets so nothing hits us, we wear air packs so we can breathe clean air, we wear hazmat suits,” Skaggs said. “We address a lot of different things in the fire service but we weren’t addressing the number one killer and that’s cardiovascular issues.

“We want these firefighters to be healthy and fit enough to do their job safely and also to be able to go home to their families and enjoy their retirement.”

Both the chief and Spainhour said the crews have been taking well to the program — reporting things like weight loss, more energy, better movement and quicker recovery after emergency situations.

“It’s really nice to see a lot of the firefighters taking it seriously and getting healthier, and, hopefully that is a gateway for other measures — watching what you’re eating, monitoring your vitals,” Skaggs said.

Spainhour said he’s happy to see the team embrace the program, and that “I feel like it’s making a dent,” he said, adding that “I’d like to see where we are in a year.

“[They] have been out there working hard and I couldn’t be more proud of where they’re at right now. I feel like everybody is on board with it.”