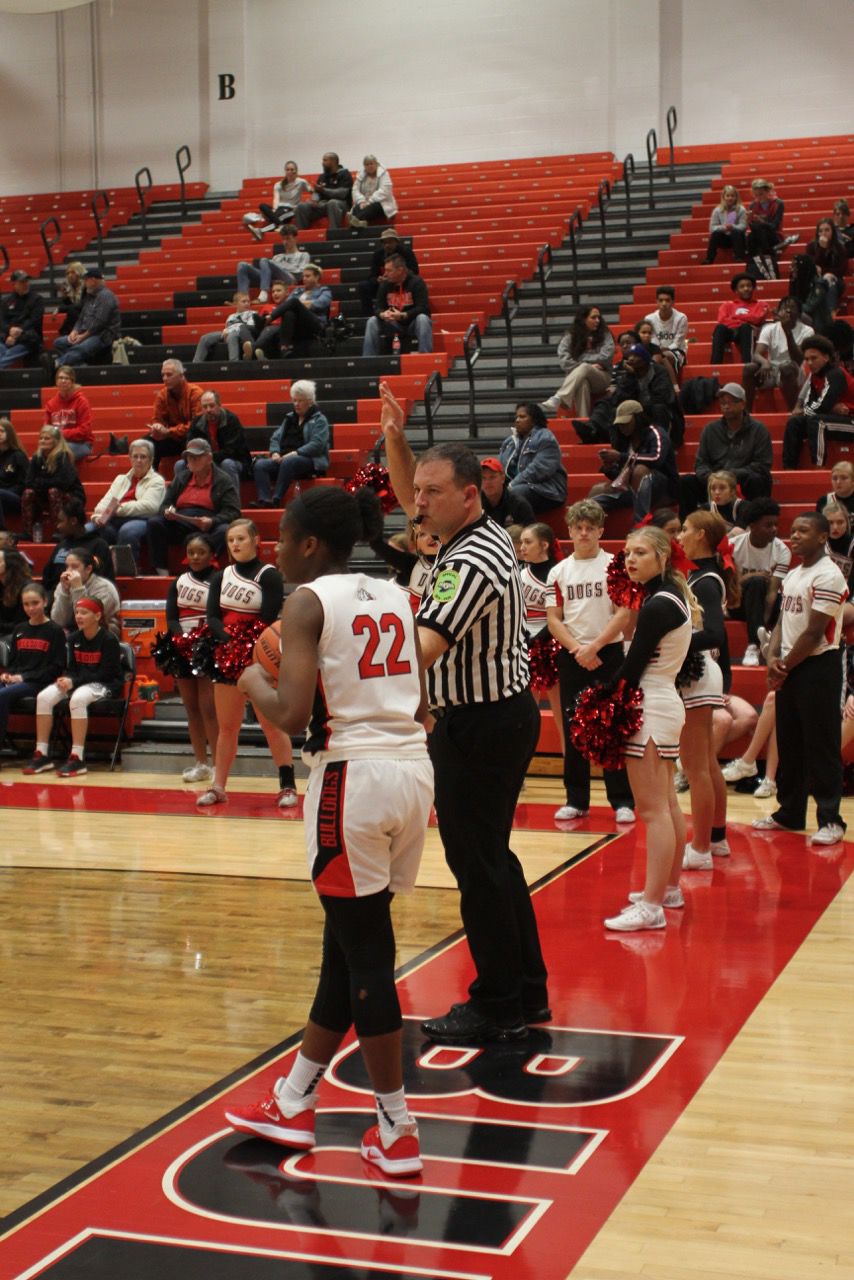 Andy Schad hands the ball to New Albany girls’ basketball player Mya Jackson during a recent game. Schad owns his own construction company but officiates basketball on the side. 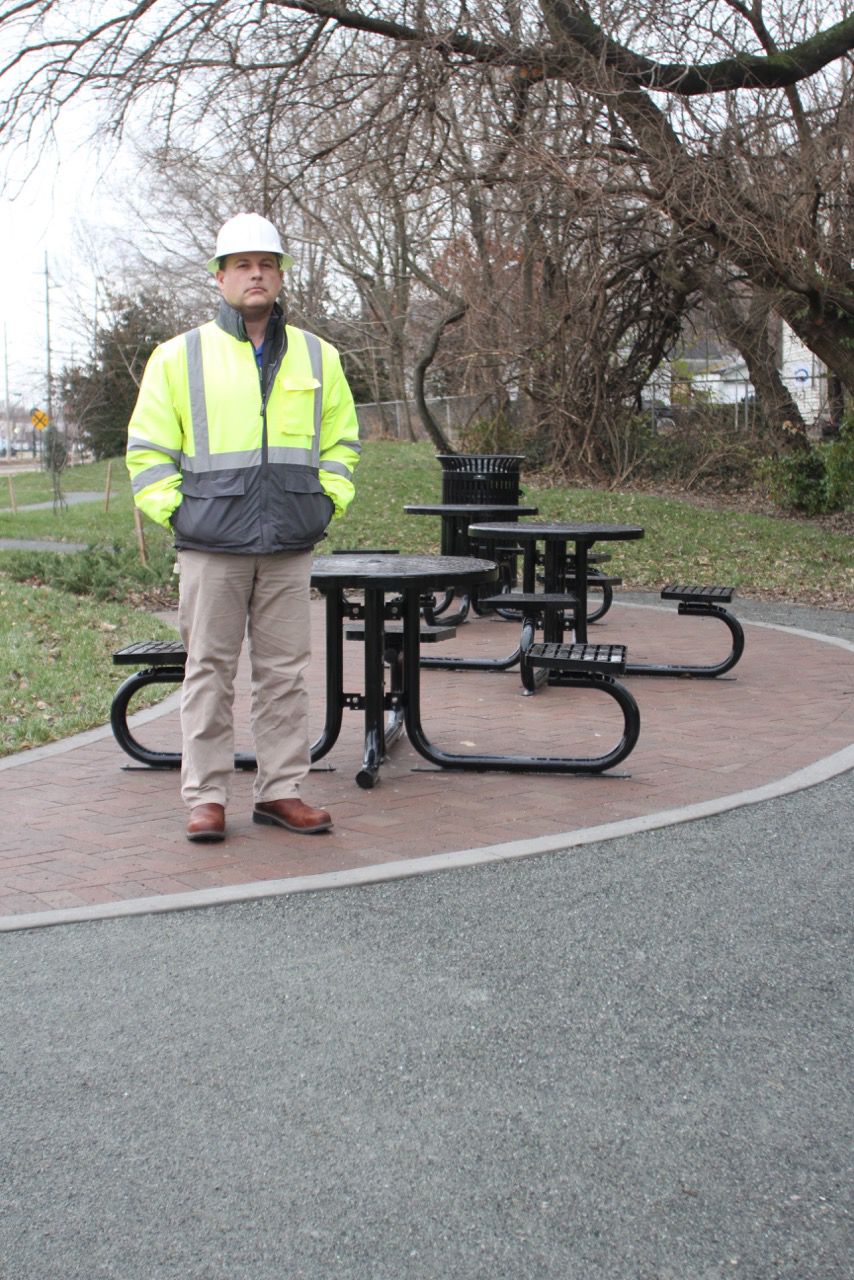 Andy Schad poses next to some work his construction company completed for the city of New Albany. 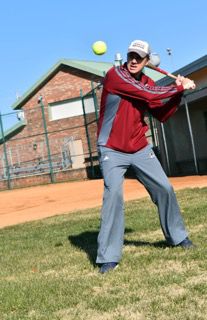 Floyds Knobs native Joe Witten, the head softball coach at IU Southeast, hits some fielding practice at the IUS ballpark. Witten has also worked as a basketball official for 20 years.

Andy Schad hands the ball to New Albany girls’ basketball player Mya Jackson during a recent game. Schad owns his own construction company but officiates basketball on the side.

Andy Schad poses next to some work his construction company completed for the city of New Albany.

Floyds Knobs native Joe Witten, the head softball coach at IU Southeast, hits some fielding practice at the IUS ballpark. Witten has also worked as a basketball official for 20 years.

Southern Indiana is filled with people whose trip on their own virtual wayback machine involves vivid memories of when getting together for pickup basketball games with friends, or shooting hundreds of shots toward the backyard goal, were the norm.

Whether college or a move into the workforce, many former athletes don’t return to a court — or a field — after getting into their career of choice.

Others find an enjoyable way to remain a part of basketball in Indiana by becoming an official and seeing whatever amount of basketball their on-court view and schedule allows.

Former Borden hoops standout Andy Schad enjoys getting out on the court, spending time with friends, and putting all his focus on providing a fair game for a couple of hard-working high school basketball teams. Schad also enjoys his work as owner of construction firm TRC.

Schad embraces the chance to not let his mind wander into business for those couple hours running up and down the gym floor.

“Ironically, it’s totally different from something that I do on a day-to-day basis,” Schad said. “When you do something you enjoy, it relieves the unnecessary stresses that one can put on themselves.”

“It’s a way that we can detox our day in a good way,” Witten said. “We were all ball players and played in college. It’s a good way to give back and share what we like to do.”

Witten said officiating is something he always looks forward to doing. His career is in the sports field, too, as the IU Southeast softball coach. Part of his job is also teaching a basketball coaching class, where he touches on officiating and looks for potential future officials.

“I love it. It’s the next best thing to coaching,” Witten said. “It’s a great game in our state. It’s a good time. You can do as many as you want or space it out.

“We just have a good time doing it as well,” he said. “You’re going to spend time working with your friends. You know their habits. Tom Brady’s going to know that Julian Edelman’s going to run four steps and cut to the left. I know Andy’s going to be there at the lane when he’s supposed to be.”

Both Schad and Witten took their athletic careers beyond the high school level, with Witten playing Division I and professional baseball. Schad returned home after playing college basketball to get an engineering degree from the University of Louisville before working for the Indiana Department of Transportation and eventually starting his own business.

“We do heavy highway construction, bridges, concrete work. We do some drainage work, but mainly concrete. We worked on approach sections to the Kennedy bridge, that’s one of the bigger areas we worked on, from multi-million dollar bridges all the way down to 100,000 bridges,” Schad said.

Being a part of the games and part of a team of officials help former athletes enjoy the game they love; it’s a perfect way to spend some down time away from work.

“It’s enjoyable to be around the game and to do it with guys like Joe. That’s what I have the enjoyment out of,” said Schad, who encourages young people to give it a try. “People in general don’t like to get yelled at and that’s what happens. One thing that I can say is that you can utilize it in life. It’s something you enjoy and something you put effort into, it becomes more of a fun hobby than work.”