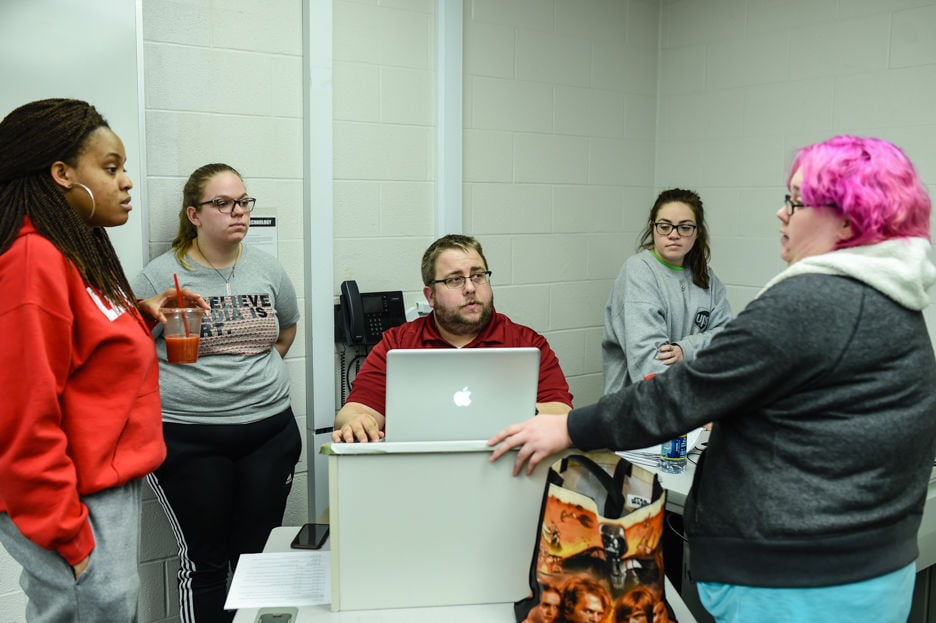 Journalism Professor Adam Maksl talks with students of the Horizon Multimedia class as they narrow down an approach to a story at Indiana University Southeast on Wednesday. 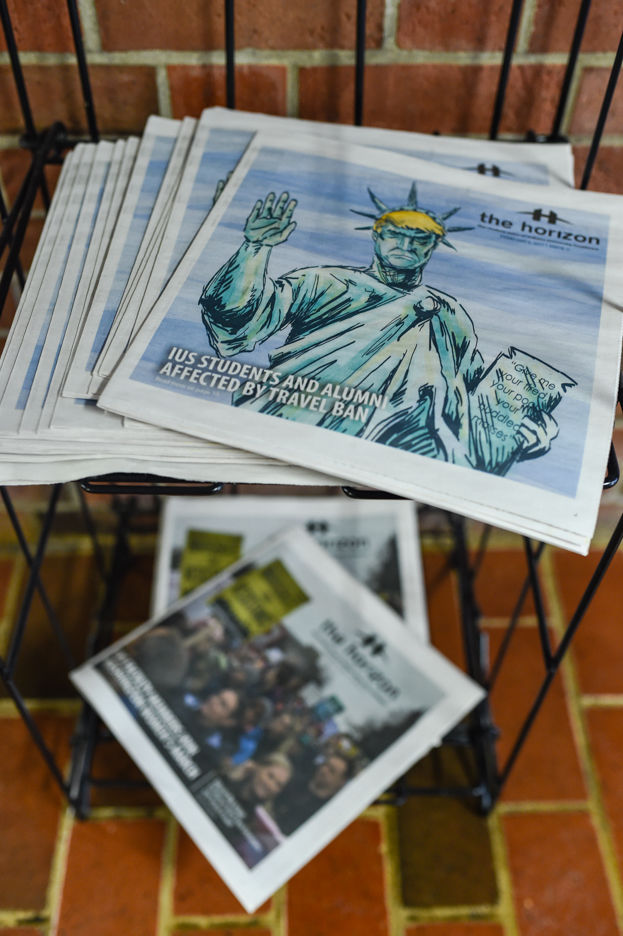 Copies of the Horizon, Indiana University Southeast's student driven newspaper, are available to students and faculty in Crestview Hall on campus in New Albany. 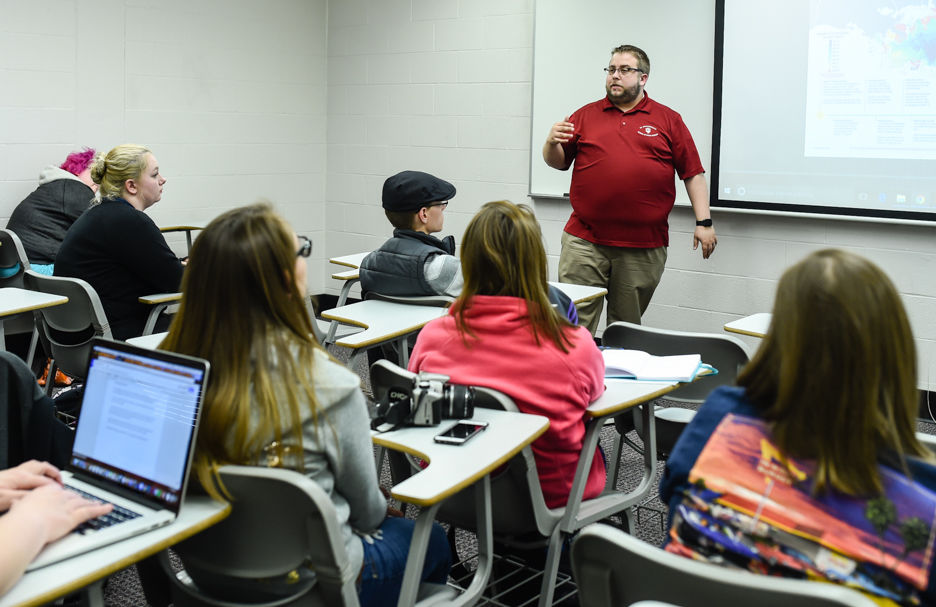 Journalism Professor Adam Maksl talks with students of the Horizon Multimedia class as they narrow down an approach to a story at Indiana University Southeast on Wednesday.

Copies of the Horizon, Indiana University Southeast's student driven newspaper, are available to students and faculty in Crestview Hall on campus in New Albany.

INDIANAPOLIS — The House Committee on Education will continue consideration of a bill that would give more freedom to student journalists today.

If passed, the legislation would limit administrators' abilities to censor school publications.

Hearings regarding Rep. Ed Clere's, R-New Albany, House Bill 1130 began on Tuesday, but no conclusion was reached due to time constraints.

A final vote is expected after today's session.

Diana Hadley, director of the Indiana High School Press Association, said she is optimistic about the bill's chances of passing through the committee.

“This law was crafted from bills that have passed in other states," Hadley said. "We’re asking for students to have more freedom to ask questions that are important to them and to give them an outlet to discuss those issues responsibly. We had a huge advantage in being able to build off of their success, since those other bills have been able to hold up."

Hadley said she was happy with the arguments put forth by those in support of the measure on Tuesday.

“We were glad to hear students talk about what they were able to learn because they were granted the freedom to cover difficult stories," Hadley said. "The only thing left is one more testimony and some arguments against the bill. ”

A total of 14 people, including students and advisers, testified at the initial meeting, with more to come once discussions resume.

One of those to testify at Tuesday's session was Adam Maksl, executive director of the Indiana Collegiate Press Association.

Maksl said that when schools are given full authority to censor, it sends the wrong message to students.

"This is really about civics," Maksl said. "We have students who are learning that when we are critical of the government, the government can restrict our speech. That’s not good for democracy.”

Today's standards for student journalism are often traced back to two major court cases. The first occurred in 1969 with Tinker v. Des Moines, in which the Supreme Court ruled that students and teachers are protected by the first amendment.

Administrators were given more power in 1988 after Hazelwood v. Kuhlmeier, which allowed administrators to restrict material they deemed a concern.

"Basically it lowered the bar that school districts had to meet to impose restrictions," Maksl said. "Instead of being a substantial obstruction, schools only had to show that it was a pedagogical concern. It’s so vague that schools have used it in many, many ways to silence speech, particularly critical speech."

According to Maksl, there have been several incidents where students in Indiana have been prohibited from publishing certain material. Some of these cases have even led to the firing of school newspaper advisers.

“[Censorship] is just normal operating procedure in some places," Maksl said. "In environments like that, the more insidious form of censorship that develops is self-censorship where the students don’t even ask the questions. In some cases, they don’t want to ask questions about school policy because they don’t want to endanger the job of their school advisor."

Maksl said that HB 1130 would restore the freedoms allowed to student journalists under the Tinker ruling. Administrators, however, would still have the ability to review material prior to its publication.

“This bill does not say that students can do whatever they want and school administrators can’t do anything about it," Maksl said. "If the material presents a real obstruction, if it’s libelous or slanderous, if it’s obscene, if it advocates for something that is illegal, then the administration can restrict it. A student can’t just write whatever they want."

The bill would also prevent schools from taking retaliatory actions against advisers if they question an administrations' handling of publications. Language to protect schools from liability is also included in the bill.

"I don't think of my students as student-journalists," Maksl said. "I think of them as journalists who also happen to be students. I encourage them to cover what they want to cover. It's a conscious pedagogical decision. I think that's the best way to teach."

Under this philosophy, Maksl said he believes students can become both better journalists and citizens.

“If you look at high schools who win awards at the state level, virtually all of them are schools where the administrators understand the value of teaching responsible journalism," Maksl said. "There’s value that comes from students respectfully questioning policies that affect them.”

Calls to Clere were not returned by press time.

Do you think student journalists should have more freedom from administrator censorship?

House Bill 1130 would protect student expression in school media and publications, including student newspapers, radio and yearbooks. Under th…