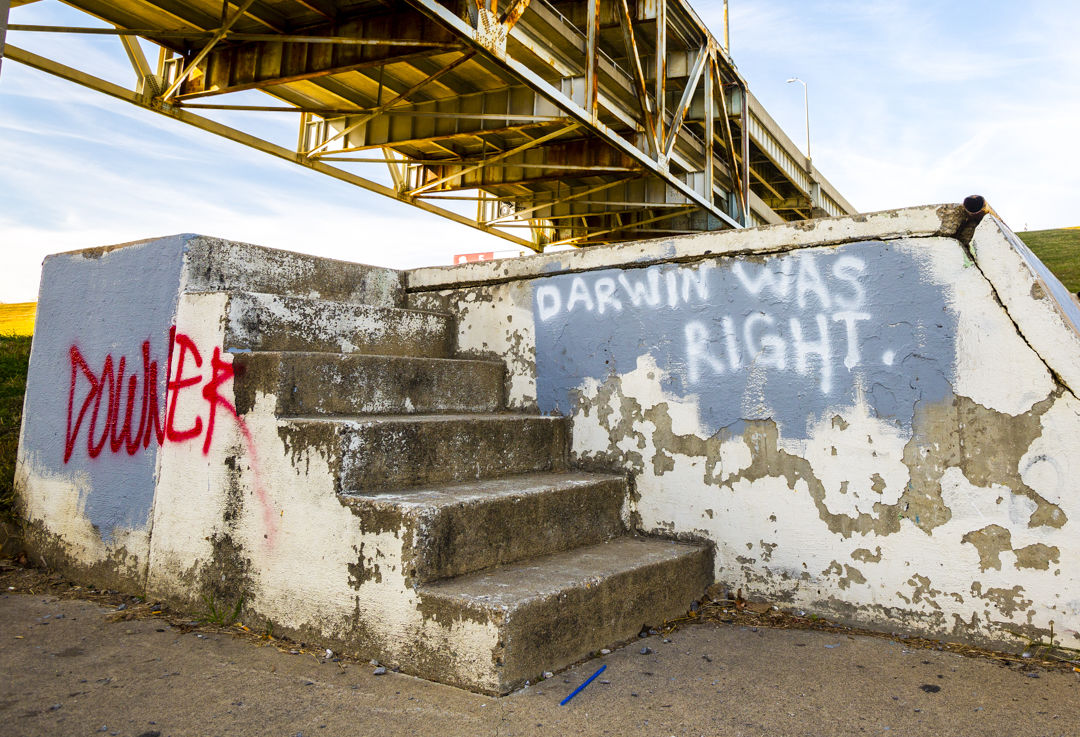 The city of New Albany plans on giving its riverfront skatepark a fresh coat of paint. 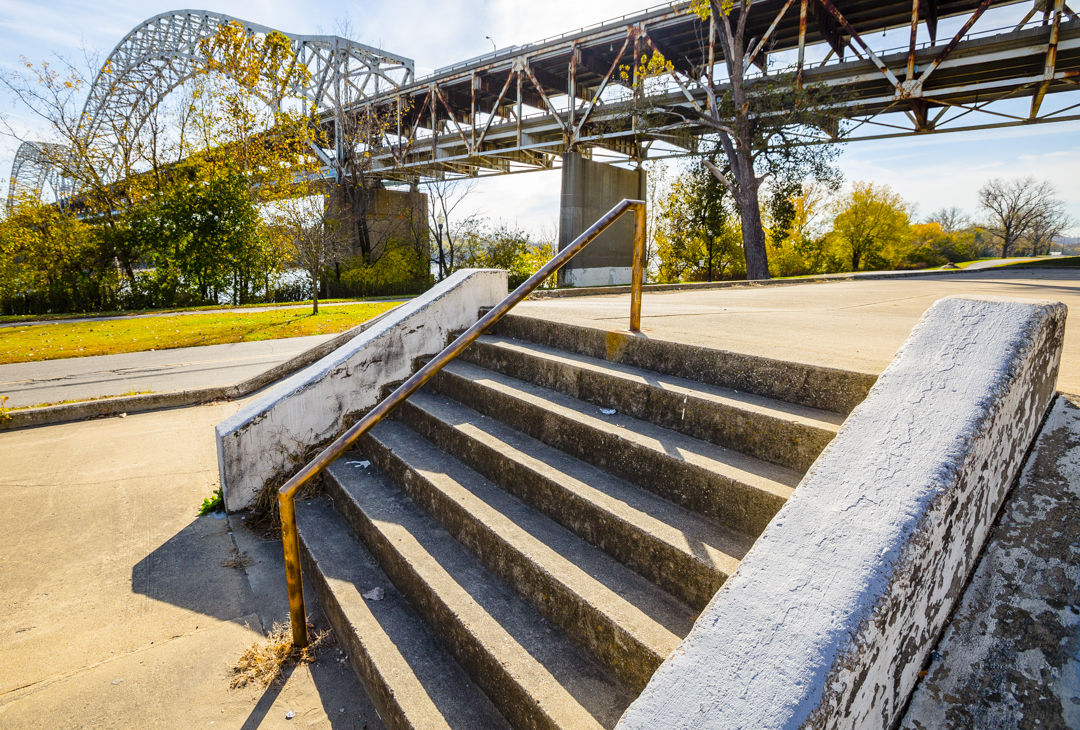 A waxy stair set at the New Albany riverfront skatepark is worn from years of use. 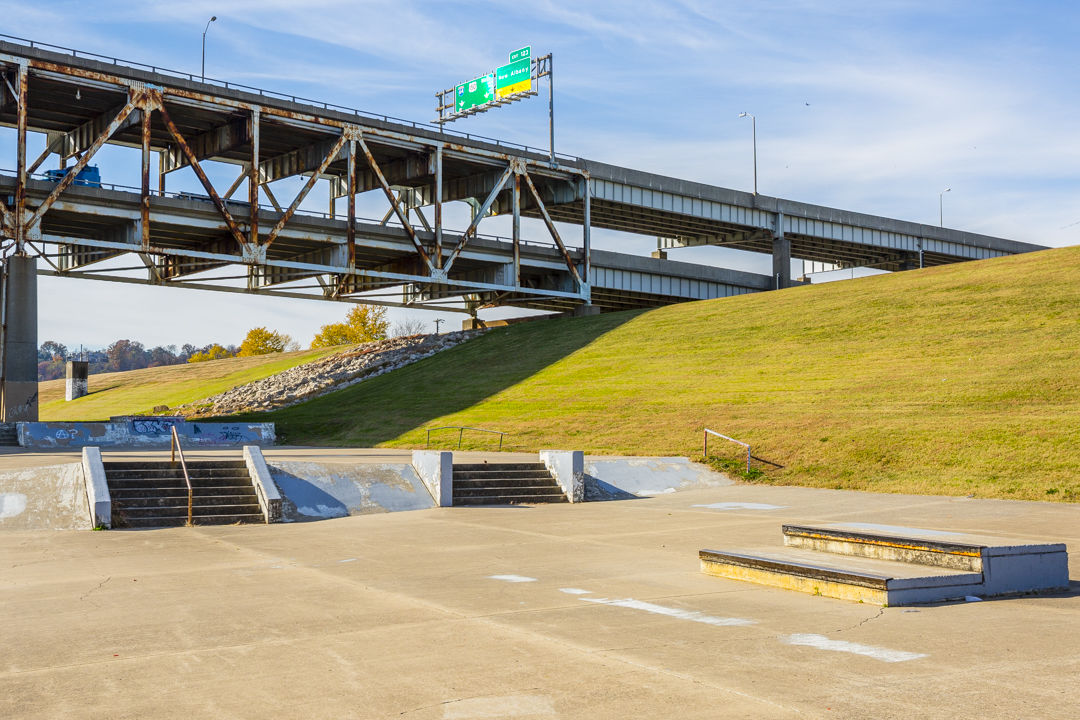 The New Albany riverfront skatepark is located right under the Sherman Minton Bridge.

The city of New Albany plans on giving its riverfront skatepark a fresh coat of paint.

A waxy stair set at the New Albany riverfront skatepark is worn from years of use.

The New Albany riverfront skatepark is located right under the Sherman Minton Bridge.

NEW ALBANY — Skaters see the world differently than most people.

They notice the ledges on buildings, the smoothness of the ground and the angles of sidewalks.

Daniel Pfalzgraf is a skater.

That’s how, when he looked at the cracked concrete and crumbling quarter pipes of New Albany’s downtown skatepark near the Sherman Minton Bridge, he saw an opportunity — not an eyesore.

Pfalzgraf, the curator for the Carnegie Center for Art & History, wants to transform the skate park, which lies next to the Sherman Minton Bridge, into a work of public art. A skate-able work of public art, that is.

Depending on funding, the skate park could undergo construction — possibly inching it toward a “street plaza” style with less traditional ramps and more boxes and steps.

Pfalzgraf also hopes to ask for proposals from artists, local or regional, detailing their ideas on how to make the park look unique.

He wants passersby to have the same experience looking at the renovated skate park as they would looking at any other work of art, he said.

If nothing else, Pfalzgraf just wants to repair what’s already at the park and maybe give it a paint job.

“We’d love to make it a huge event and completely revamp it, but we’ll basically do whatever’s possible,” he said.

The city had been considering demolishing the downtown skate park since Silver Street Park, which contains a skate park, opened in March 2015, Pfalzgraf said.

That was before Pfalzgraf pitched his idea to Mayor Jeff Gahan sometime in the last year.

“He was very excited about it, and was completely on board with the idea,” Pfalzgraf said.

The Carnegie Center had to push their skate park plans to the side while they planned the #IAmPublicArt event that happened in September.

But now, they’re back on the board.

Pfalzgraf and city representatives might meet after Thanksgiving to talk about what to do next with the skate park, said Mike Hall, New Albany’s director of operations.

“I’m looking forward to their proposal, and I’m sure it will be a wonderful addition to our riverfront,” said Gahan in a statement.

That proposal might change depending on what type of funding Pfalzgraf receives for the project.

“It’s going to be an expensive project,” he said. “Much larger than our typical public art budget allows.”

Pfalzgraf is currently reaching out to companies and foundations for grant money. He’s looked into more innovative ways of pulling together funds, too, such as renovating the skate park piece by piece.

New Albany’s skating and biking community has taken notice of his efforts.

Jake Denham, 26, has been using the downtown skate park since he was 8 or 9, he said. His 10th birthday party was there.

The Silver Street skate park is newer, but Denham and his friends prefer the underbelly of the Sherman Minton.

It has degraded in quality since his childhood, he admits, but its still special to him.

“It’s a place for kids to go and do stuff that doesn’t get them in trouble,” he said.

He likes Pfalzgraf’s idea of improving the park. He plans to get together with a group of his friends and discuss what they’d like to see happen to it.

He might present those ideas to the mayor, he said.

Pfalzgraf, meanwhile, is still seeing what others don’t — especially with regards to what an art-centric skate park could do for the community.

Creativity, physical exercise and an intellectual investigation of space would all intersect at the park — a package that would benefit residents in many ways, he said.