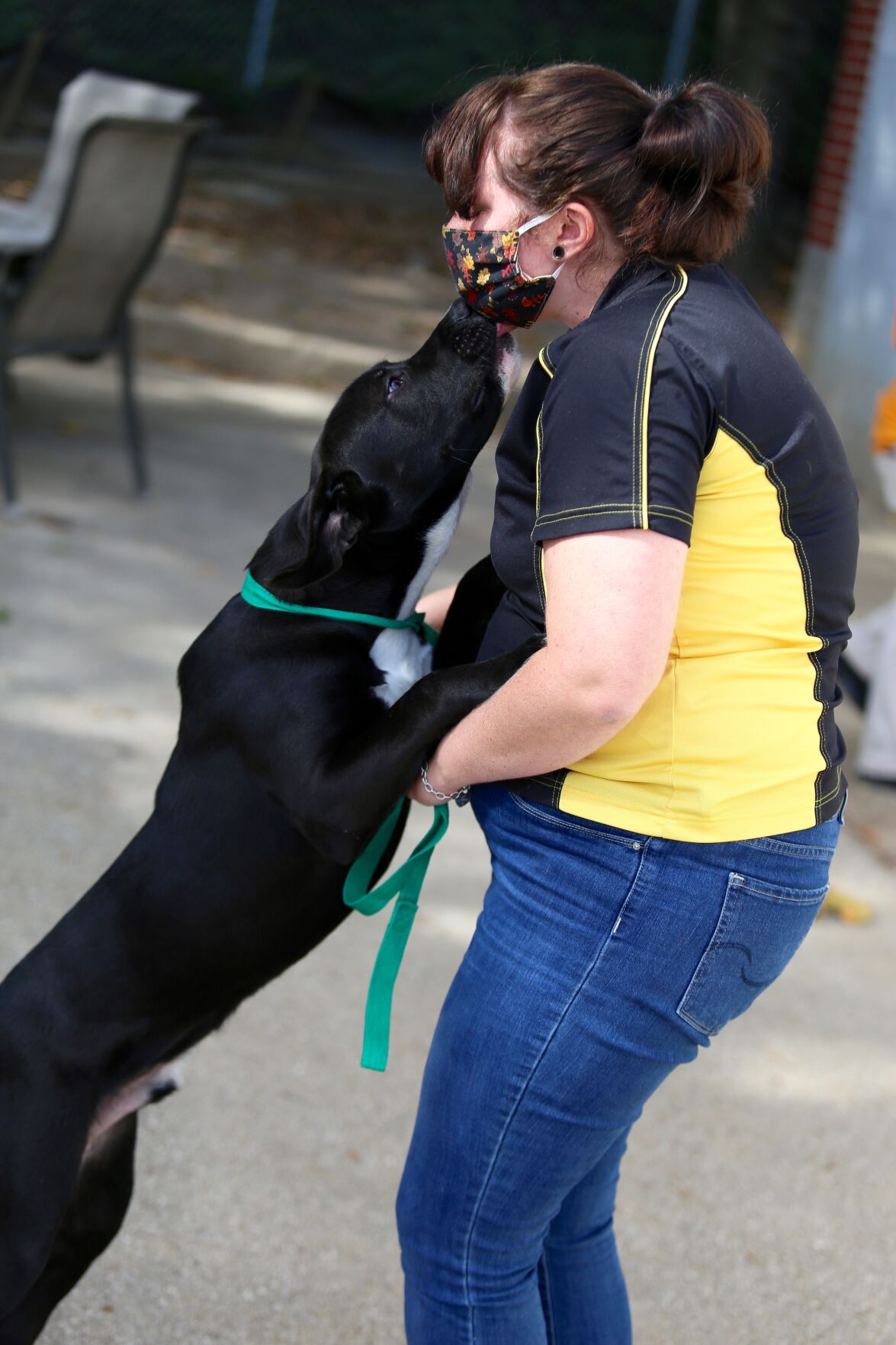 Lou, who is available for adoption, gives a kiss to Marilee Snider, New Albany-Floyd County Animal Shelter adoption coordinator, on Wednesday afternoon at the shelter. 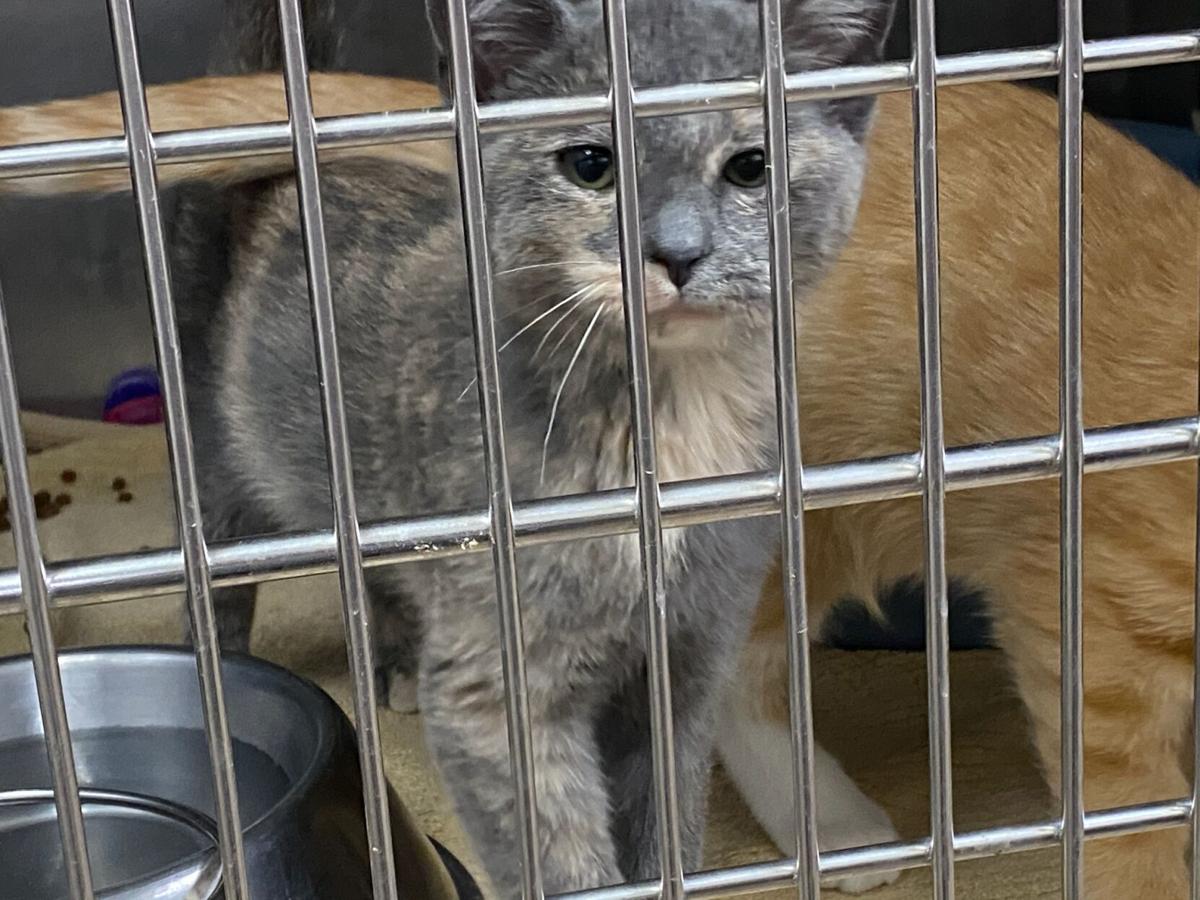 Several cats are up for adoption at the New Albany-Floyd County Animal Shelter. 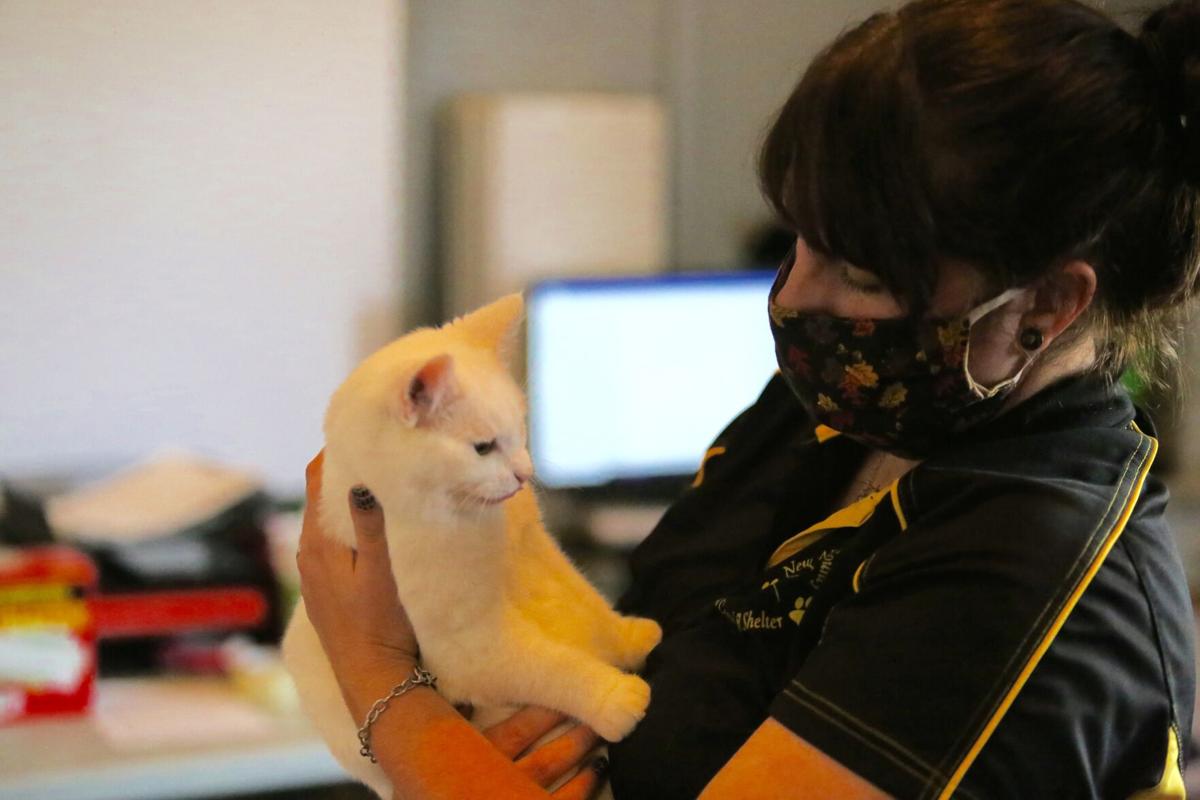 NEW ALBANY — The Floyd County Council wants a new agreement, New Albany Mayor Jeff Gahan wants the county to meet its obligations, and the animal shelter that depends on the funding is caught in the middle.

It’s not a flashback to 2015, as the inter-local contract governing the New Albany-Floyd County Animal Shelter and the funding associated with it have been under dispute for several years. It’s an ongoing issue and one that’s again reared its head as the city and county prepare 2021 budgets.

Under the 1999 joint agreement, the city and county are to divide shelter funding based on population. Floyd County’s share now is 51%, based on its population minus New Albany’s residency.

The county hasn’t always funded that share-based amount, and the payments have sometimes been made late in the budget cycle. The county council on Tuesday approved paying $306,000 out of its riverboat funds for its 2020 funding for the shelter. But based on the budget the shelter has operated under for more than 10 months, the county’s share would have been about $70,000 more.

One of the main divisive points is that county officials believe they aren’t getting enough financial information on the shelter’s operations.

New Albany is the shelter’s financial agent. Bills and claims are paid through the city, which handles its financial record-keeping. County Councilman Danny Short said non-reverting funds such as fees and donations to the shelter need to be tracked and shared with the county for officials to approve a fair budget.

City officials have responded that non-reverting funds are tracked and included in New Albany’s budget and claims, and thus are public record and available for viewing.

It’s difficult to budget for non-reverting funds because they change annually and aren’t consistent, said David Hall, director of the shelter.

“We never know how much is going to be in there,” he said.

Those funds are used for buying supplies like pet food and also making buildings repairs such as the $80,000 that had to be spent to replace the shelter’s HVAC system, Hall said.

The 2021 animal shelter budget already has been reduced from more than $785,000 this year to $636,909. Hall said that reduction is in large part due to pandemic concerns.

The county council has yet to include a funding amount for the shelter for next year. The New Albany City Council approved its share as part of the 2021 general fund budget on initial readings and is slated to take a final ballot Thursday.

In response to questions Wednesday about the shelter, Gahan said “clearly animal care is not a priority for the Floyd County Council.

“Once again, the county council has reneged on long-standing agreements with the City of New Albany,” he said. “Soon we’ll meet with the animal shelter and we’ll assess the damage this shortage has caused.”

Seven years ago, Gahan backed a split of the city and county parks departments. The dispute was largely over the county’s lack of meeting its funding obligation to the former joint parks department.

As for the shelter, another point of contention for the county council is the process. County council members said the city doesn’t engage its partner in preparing the shelter budget, as is required under the joint agreement, but instead sends it a bill.

This week, the county and city councils sent representatives to a joint meeting to discuss the issue. Short said it was brief and not very productive. The general take was that Gahan needed to be involved in any discussion before there are changes, and that’s not likely to happen, he continued.

“For a municipal government to not be willing to sit down and discuss what’s going on is absurd,” Short said.

He called the agreement a “sweetheart deal” for the city and said a new contract is needed.

Questions about the roles the government bodies play in animal control have also been discussed.

During a county budget meeting on Sept. 8, Councilman Adam Roberts said he’s often questioned by people as to why the county pays so much toward animal control.

“If we have a bad animal, we shoot it, that’s the response I get,” Roberts said.

On Tuesday, Roberts said the county’s issue isn’t with the shelter, but with the city.

“We’re happy that we have an animal shelter,” he said. “The problem we have is with the inter-local agreement.”

At the shelter Wednesday, adoption coordinator Marilee Snider fed Lou treats after the dog extended his paw and shook her hand. A cat named Snoopy was getting some individual attention in a separate room as shelter workers prepared him for what they hope will soon be a new home after he’s adopted.

Hall and members of the shelter’s board told the county council Tuesday they can’t control funding, and that their mission is to provide care for homeless and surrendered animals.

As it stands, an agreement on where the two sides go in the future doesn’t appear to be imminent.

“We will have a new plan. In the meantime, people can be assured that at no time will the county council’s negligence result in a reduction of services for the people of New Albany,” Gahan said.