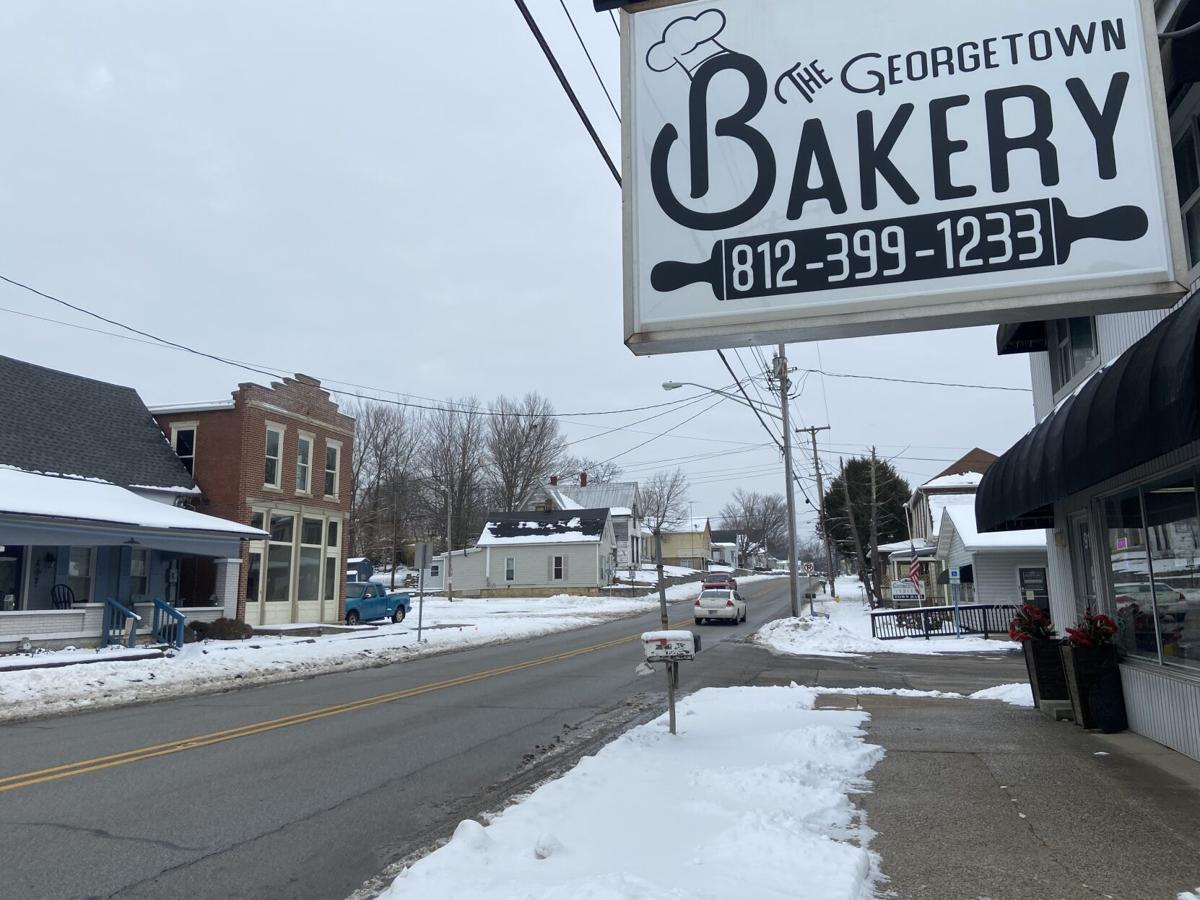 Infrastructure improvements such as a new parking lot and extended sidewalks are planned for Georgetown’s historic district, including the area around the Town Hall and The Georgetown Bakery. 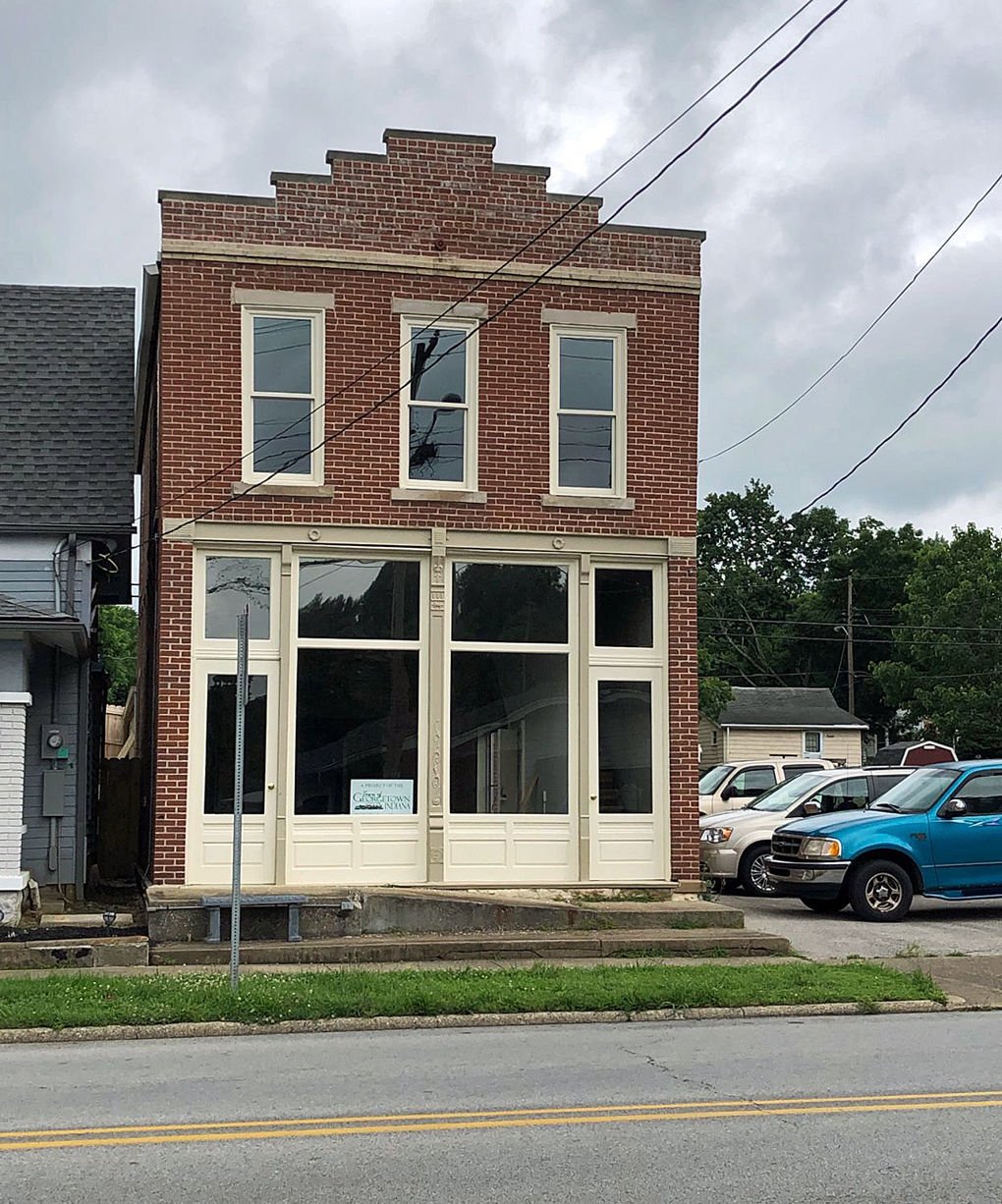 The historic Georgetown Bank Building will have a new parking lot and a new business. 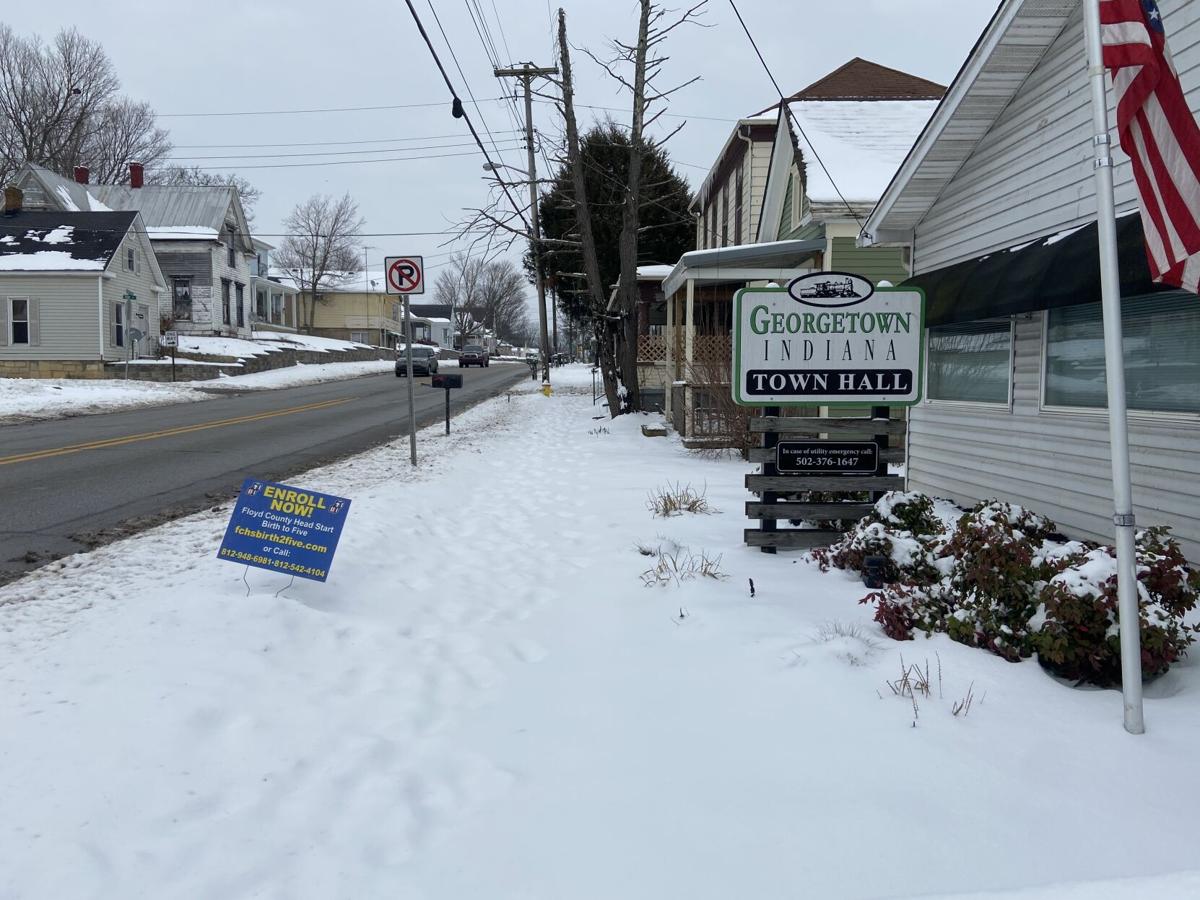 The area around Georgetown Town Hall will feature a number of infrastructure improvements this year, including expanded sidewalks, a crosswalk and a parking lot.

Infrastructure improvements such as a new parking lot and extended sidewalks are planned for Georgetown’s historic district, including the area around the Town Hall and The Georgetown Bakery.

The historic Georgetown Bank Building will have a new parking lot and a new business.

The area around Georgetown Town Hall will feature a number of infrastructure improvements this year, including expanded sidewalks, a crosswalk and a parking lot.

GEORGETOWN — The Town of Georgetown is moving forward with the next phases of its revitalization plan.

A number of projects are ongoing or will be completed later this year. One of the projects will include extending the sidewalks along Ind. 64 (also known as Main Street in Georgetown) from the new Family Dollar to Canal Lane.

The sidewalk expansions will continue a project that began last year. In 2020, the town completed a beautification project to tear down failing retaining walls and put in new walls and sidewalks throughout the heart of its downtown area along Ind. 64.

Bob Woosley, town engineer for Georgetown, said the town will seek a contractor in the next 90 days to begin work on the sidewalk extension project.

“It’s a very visual, aesthetic improvement that meets a need,” he said.

Construction will soon begin on a new parking facility near the historic bank building at 9110 Ind. 64. Later this year, the building will be home to The Georgetown Butcher, a new business that will feature a butcher shop and deli. In January, the town council approved the business’s proposal for the reuse of the building, which was built in 1909 and is a major part of the town’s redevelopment plans.

The parking lot near the bank building will include sidewalk accessibility, landscaping and solar lighting, and a pedestrian crosswalk across Ind. 64 will be added near the former bank building to improve connectivity.

“With that, we are going to rehabilitate the parking lot to make it into an actual asset to the community,” Woosley said.

Across the street, another parking facility will be added adjacent to the Town Hall and The Georgetown Bakery. This phase of the town’s revitalization was approved by the council Wednesday with a budget of $125,000. The parking lot projects are expected to be completed by the summer.

Another ongoing project includes improvements to the Georgetown Park in the downtown area. Construction is underway on new basketball courts and a new parking lot. Later phases will include the addition of walking trails connecting with Ind. 64, an improved playground area, an outdoor amphitheater and more green space, Woosley said.

Town Council President Chris Loop said the town is preparing for the addition of more businesses and the goal is to bring more people into the downtown area.

“We’re putting in the infrastructure for walkability as well as additional parking,” Loop said. “As businesses take off and more businesses come downtown, we have the ability for people to visit and park and walk around. It’s been a long time coming, and it’s in motion.”

All of these projects fit into Georgetown’s Downtown Revitalization Plan, which was approved in 2017 and is expected to cost more than $5 million over what will likely be a 10-year period, according to Loop. The 2017 sale of Georgetown’s municipal water utility to Indiana American Water allowed the town to set up a $5 million trust fund, and each year over the past four years, the county receives more than $200,000 in gaming revenue from Caesars Southern Indiana.

These funding sources allow the town to complete these revitalization projects without taking on additional debt, Loop said.

Woosley said the revitalization will allow Georgetown to retain its “small-town America feel” while bringing needed amenities to the town.

“It shows there’s vision from the town leaders,” he said. “The town is alive, it’s vibrant, it’s showing lots of renewed energy. You’ve got property owners who are interested and town residents who want to see the town thrive and prosper.”

Wade Simon is the owner of a number of existing Georgetown businesses, and he plans to open The Georgetown Butcher by the late summer or early fall. His family also owns The Georgetown Bakery, the shop that recently replaced Donut Frenzy.

The Georgetown Butcher will sell meat from local farmers, Simon said, and it will also offer a dining experience with its deli offerings and a barbecue menu featuring pulled pork and chicken.

“Georgetown is named after my wife’s seventh-generation grandfather George Waltz, and Georgetown is very important to the family,” Simon said. “Our farm has been in the family for 110 years, and we’ve got a lot of ties. We’ve got five businesses here in Georgetown now, and I think it’s just important to put back into our community.”

Wade said the infrastructure projects in Georgetown “really classes this town up.

“I think its going to look great,” he said. “The crosswalk, I think, is going to be a big deal. People can safely walk about town, and it brings awareness there.”

Loop said the growth of residential development in the area and the addition of Novapark Innovation & Technology Campus on Ind. 64, are projects important for the town.

“I think it’s a really good opportunity,’ he said. “Right now, there’s a ton of residential development happening just beyond the borders in the township. Those folks need places to eat, shop and spend some leisure time, especially with Novapark right outside the town’s limits.”

At Wednesday’s meeting, the council also appointed Travis Speece as its police chief. Speece has been the acting leader of the Georgetown Police Department for the past year after the departure of Dennis Kunkel.

“He has done a really great job in keeping the department operations running and he has been responsive to the community,” Loop said.

A rendering shows plans for a parking lot by the old bank building along Ind. 64 in Georgetown. The building will be home to The Georgetown Bu…

A rendering shows plans for improvements to the Georgetown Park. The town is taking on a number of projects to revitalize the downtown area.