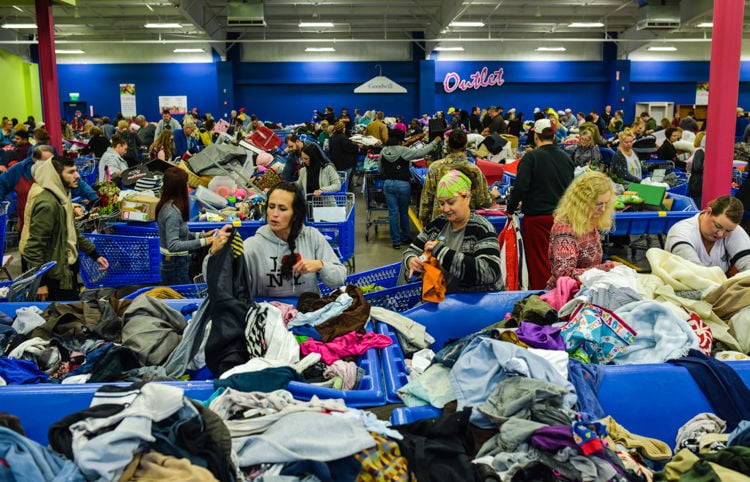 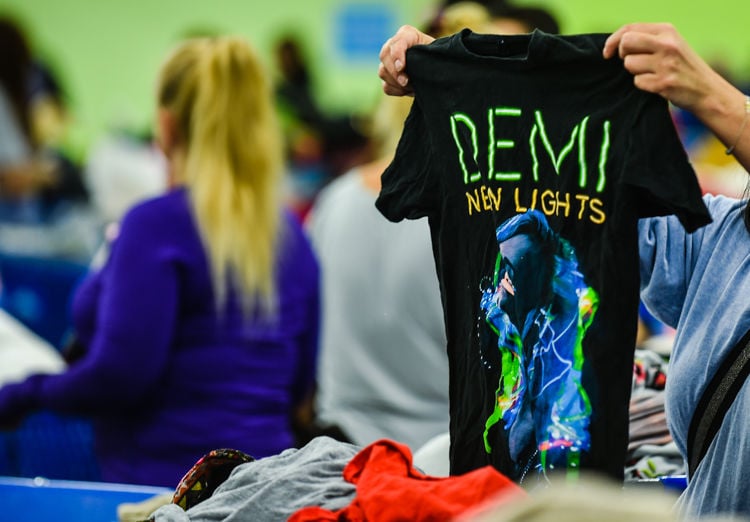 A shopper holds up a Demi Lovato Tour t-shirt while looking over clothing at the Goodwill Outlet. 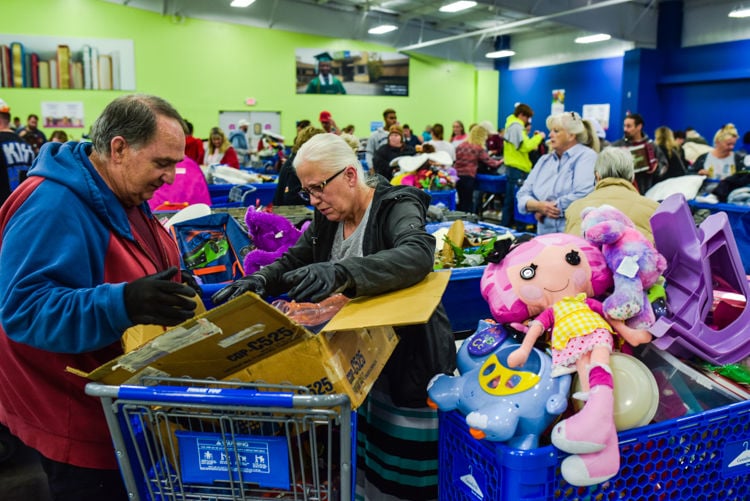 Mike and Jaye Stucky add a box of small toys to their carts while shopping at the Goodwill Outlet in Clarksville on Tuesday. The Stucky's came to the Outlet to stock up on children's toys, which will be sold through their flea market booths that specialize in children's toys. 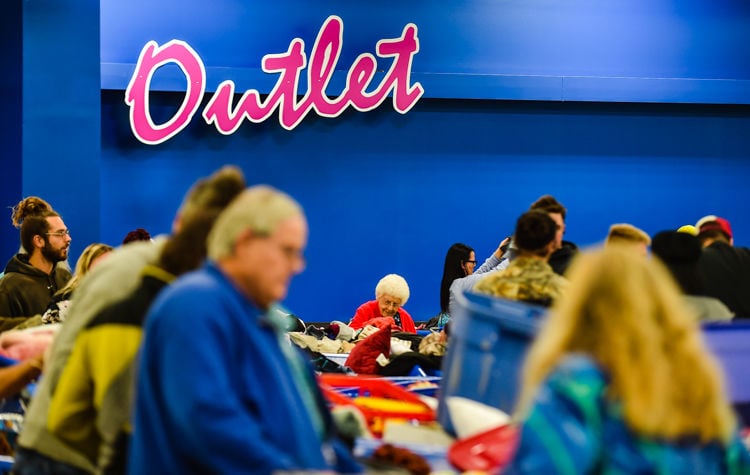 Shoppers sift through clothing bins at the Goodwill Outlet on Tuesday in Clarksville. 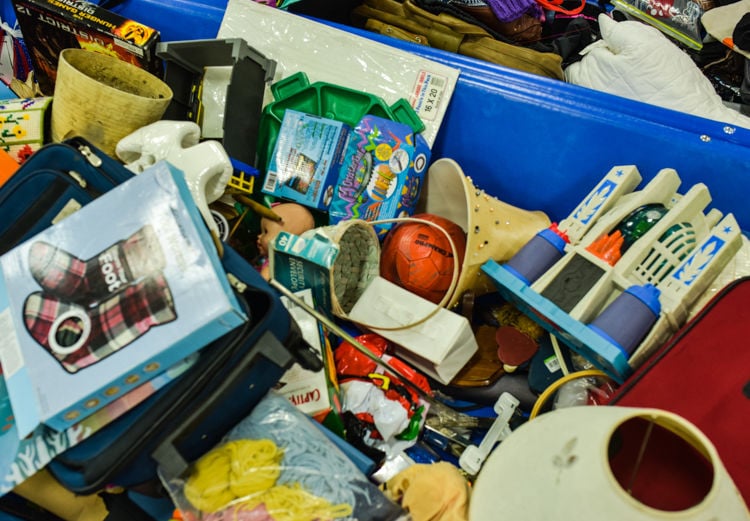 Various home goods fill a bin at the Goodwill Outlet in Clarksville that officially opened to the public Tuesday.

A shopper holds up a Demi Lovato Tour t-shirt while looking over clothing at the Goodwill Outlet.

Mike and Jaye Stucky add a box of small toys to their carts while shopping at the Goodwill Outlet in Clarksville on Tuesday. The Stucky's came to the Outlet to stock up on children's toys, which will be sold through their flea market booths that specialize in children's toys.

Shoppers sift through clothing bins at the Goodwill Outlet on Tuesday in Clarksville.

Various home goods fill a bin at the Goodwill Outlet in Clarksville that officially opened to the public Tuesday.

CLARKSVILLE — Anybody who's visited a Goodwill store knows that its racks hold plenty of bargains.

It may come as a surprise to some, however, to learn that once unsold items leave a traditional store, they go to a Goodwill Outlet, where prices are slashed even more. For the first time, shoppers in Southern Indiana will get to experience those deals firsthand now that Goodwill Outlet has opened up shop in Clarksville.

"These items are sold by the pound, versus hanging on hangers and being individually priced," said Kent Kramer, president and CEO of Goodwill of Central & Southern Indiana. "You load up your buggy, and the registers have a scale that subtracts 47 pounds, which is how much the cart weighs. What's left is what you pay."

On Tuesday, more than 100 customers lined up to be the first to peruse the store's offerings.

"When we open a store, we always have a good crowd that shows up," director of marketing communications, Sam Perry said. "I've seen that on cold days, on rainy days and on cloudy days like today. I think we do a good job getting the word out, and shoppers are really responsive to that."

Aside from books and furniture, everything in the outlet is $1.29 a pound. Unlike a traditional store, items are stored in bins, which means it takes some true hunting to find deals.

"I feel like you have to know what you're looking for or be prepared to spend all day here," said Roslyn Morrow, one of the first customers of the day. "You're going to find good stuff, you just have to spend the time to get it. You've got to work for your deals. That's the difference between this and a normal Goodwill. It's high-energy here. I like it."

The site of the outlet was once a traditional Goodwill, which moved across Applegate Lane in December 2018. After that, the building was renovated to become an outlet.

"It's been almost a year in the making," Perry said. "It's a really nice, bright shopping space. We've got plenty of warehouse space in the back as well."

Kramer added that the outlet is much more than just a store. It also serves as a transportation hub and recycling center for unsold products from other stores.

"At a normal store, [items] stay out on the floor for four weeks," he said. "It stays on a discounting schedule. If it doesn't sell, we get it off the floor, because we like to have goods rotate. Then, we'll send it over here. All their stuff that doesn't sell or meet the quality will come on trucks, and then we'll give it one last chance here."

If products don't sell at the outlet, they are further sorted to separate metals, cardboards, plastics and clothing.

"We have buyers for all of that stuff post-retail," Kramer said. "It's a kind of circular economy. Stuff gets reused and repurposed."

The model first started in Indianapolis in 2005 before spreading to four other stores in Central Indiana. Clarksville's outlet is the first in Southern Indiana, bringing 80 new jobs to the community.

"The goods that didn't sell in [Southern Indiana] stores were getting sent up to outlets in Indianapolis, which means transportation costs," Perry said. "Our Southern Indiana shoppers didn't have access to those secondhand buying opportunities. When we took a look at our new territory, it really made sense to put an outlet here in Clarksville, where there was already an existing facility. Now, items that weren't sold in our Southern Indiana stores can come here."