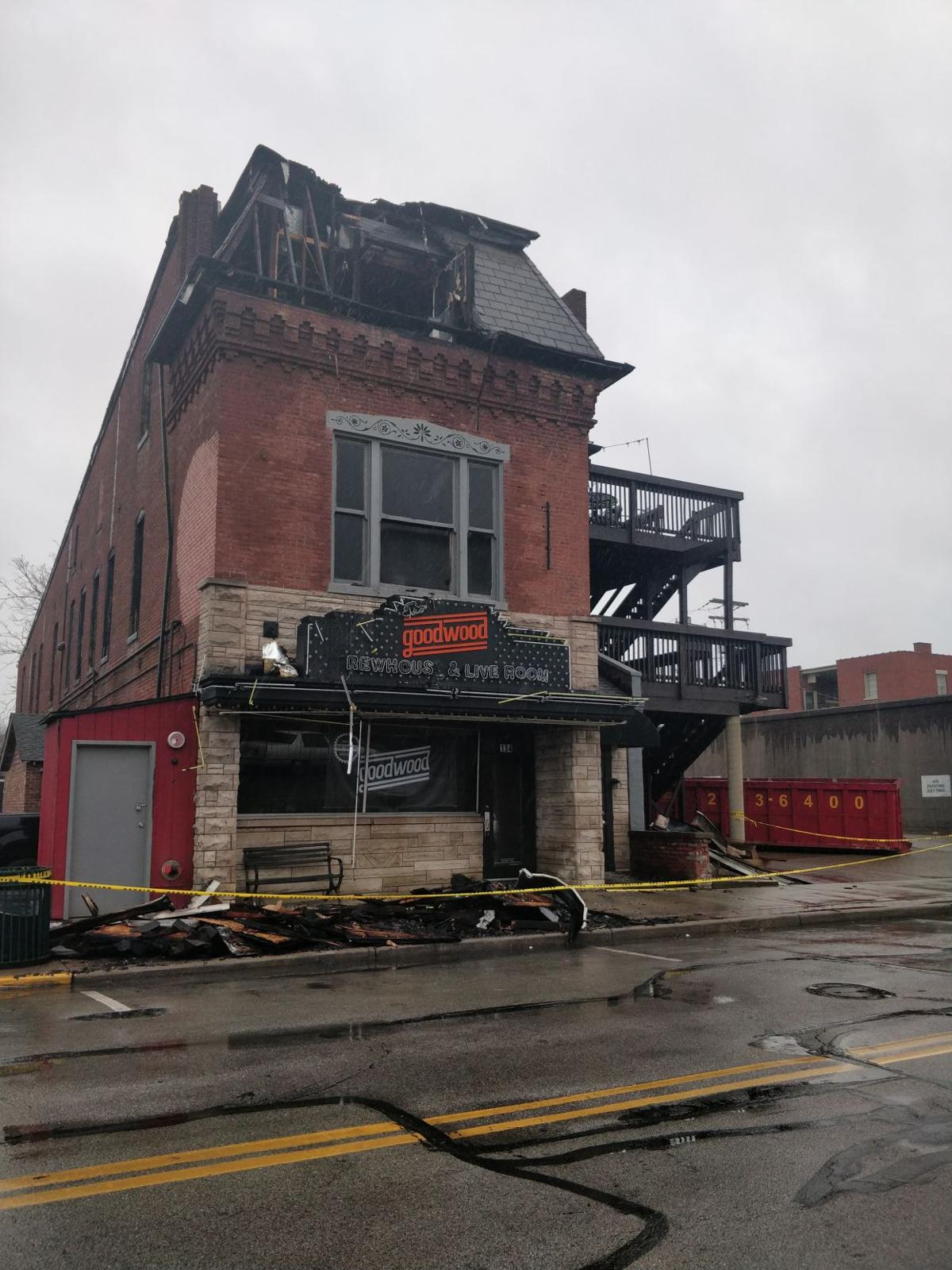 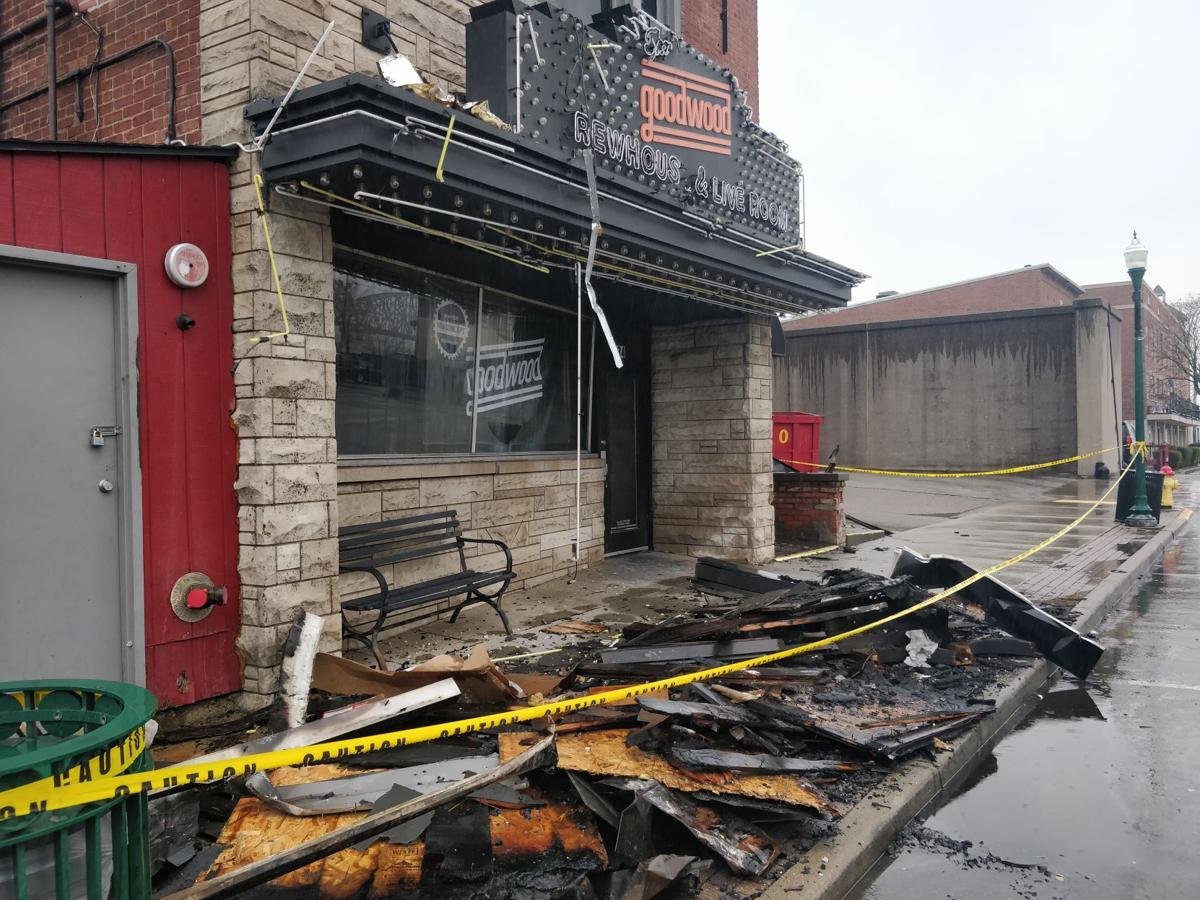 JEFFERSONVILLE — Owners of a Jeffersonville business which caught fire Friday say they hope to be able to open the doors this summer, although damage estimates are still in the early stages.

Fire crews responded just before 3:30 p.m. Friday to the Goodwood Brewhouse and Live Room building at 134 Spring St. in Jeffersonville, after a passerby saw signs of fire within the building. It took about an hour for the 25 responding firefighters to contain the blaze, which affected the third floor with much damage to the slate roof.

There were workers on site painting and installing kitchen tile in the lower floors of the three-story building when the fire started, which Jeffersonville Sgt. Justin Ames confirmed Monday was electrical in nature. No injuries were reported and no rescues necessary.

“The good news is ... no patrons were hurt, no employees were hurt,” Ted Mitzlaff, chairman and CEO at Goodwood Brewing Co., said. “Hopefully it just exposed a problem that will be remedied.”

The Goodwood owners had been working at the site for the past few weeks, readying the interior for an opening in early March in time for March Madness. The plans include a lower-level dining area with a small bar area, a larger bar and space for live events on the second floor and an event space on the third. There is also ample outdoor seating.

“If we could get open by May or June, that would be probably best case, but I don’t know yet,” Mitzlaff said. The company previously leased the Goodwood name to other owners at the same site; those owners operated for less than a year, pulling out of the deal in November.

Building owner Matt McMahon, who operated Big Four Burgers + Beer there from 2013 to 2018, said he had an insurance company on site Monday and while he doesn’t know the full scope of damage or needed repairs yet, he believes it’s better than he initially feared.

“I think the firefighters did a really good job of getting it out and contained to just the third floor so that’s always good news,” he said.

Mitzlaff reported the business itself sustained about $50,000 in damage, which included a sound system and some tables, but “nothing major,” he said, adding that follow-ups to the fire will include inspections from other contractors such as electricians, to determine if the fire was caused by an isolated issue or if there are other wiring repairs

Following the insurance inspections Monday, the building owner was given the green light to cover the exposed areas with tarps to prevent further damage. ServPro, a fire and water restoration company, was expected to also come to the site early in the week to determine how much damage the building has sustained.

“I’m glad that Goodwood is going to stick it out,” McMahon said. “From what they’ve said, they’re committed to reopening so I’m glad we didn’t lose them. They seem to be interested in staying and moving forward on it.”