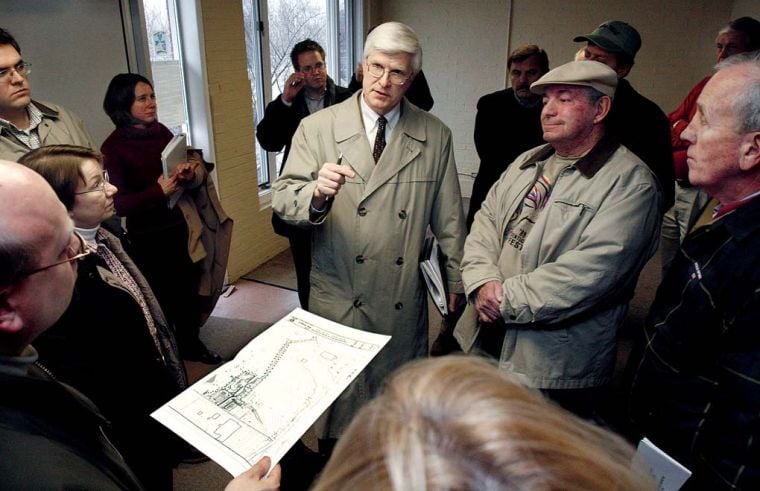 Architect Larry Timperman, center, speaks to a group of people inside the North Annex Building Tuesday morning before the group was to take a tour of the building. Plans are in the works to demolish the building, built in 1878, to make way for a new youth shelter. Staff photo by Kevin McGloshen 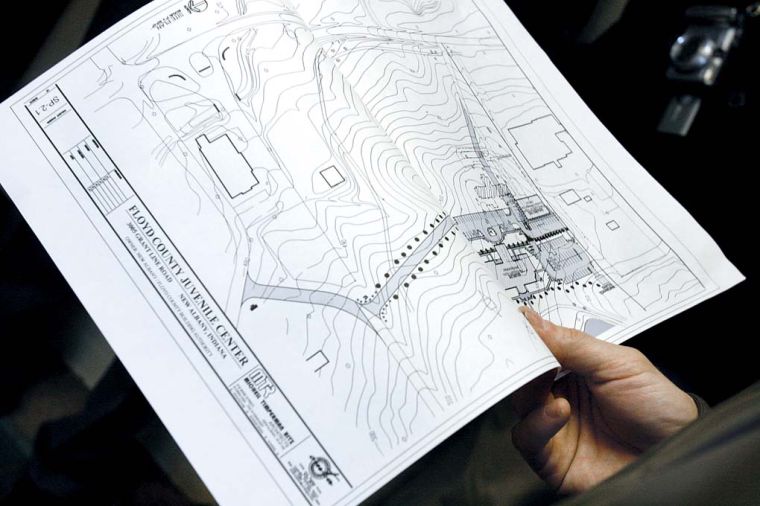 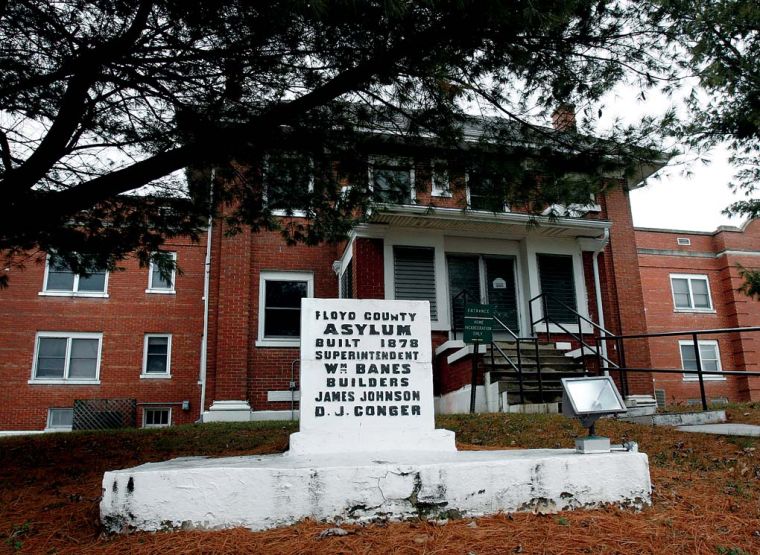 The building currently housing the Floyd County Youth Shelter was built along Grant Line Road in 1878 and is scheduled to be demolished to make way for the new Floyd County Juvinile Center later this year. Staff photo by Kevin McGloshen

Architect Larry Timperman, center, speaks to a group of people inside the North Annex Building Tuesday morning before the group was to take a tour of the building. Plans are in the works to demolish the building, built in 1878, to make way for a new youth shelter. Staff photo by Kevin McGloshen

The building currently housing the Floyd County Youth Shelter was built along Grant Line Road in 1878 and is scheduled to be demolished to make way for the new Floyd County Juvinile Center later this year. Staff photo by Kevin McGloshen

Larry McAllister had heard enough. As a group of local historians and representatives from the Historic Landmarks Foundation of Indiana discussed ways to save the old North Annex, home of the Floyd County Youth Shelter, McAllister quickly interrupted. “I’m not here to make any enemies, but this is so frustrating,” said McAllister, Floyd County Council president. “It’s like all of a sudden this is being brought up. I’ve been at this four years ... I hope you understand how I feel.” With that, McAllister left the Tuesday meeting at the North Annex, which had been organized by retired educator Vic Megenity, vice president of the Floyd County Historical Society. Last week, Megenity approached the Floyd County Commissioners about the possibility of saving part of the North Annex, constructed in 1878. The existing building is set to be torn down after a new youth shelter is built on the same site. A second building, which will house juvenile probation and other offices, is also planned for the Grant Line Road property. Megenity denied that the issue is being brought up at the last minute. He and Greg Sekula, director of the Historic Landmarks Foundation of Indiana’s southern regional office, supplied copies of letters the group sent to architect Larry Timperman and County Commissioner John Reisert expressing concerns about the demolition of the North Annex, which Megenity said is the last historic building left on Grant Line Road. The letters were dated Aug. 20, 2004, and May 16, 2005. Neither McAllister nor Councilwoman Dana Fendley remember seeing the letters. However, McAllister said it wouldn’t have made a difference. “It’s (new shelter) going in front of this place and this place is coming down,” he told the 15 or so people in attendance. “I’m upset about this. We need a new youth shelter.” Fendley, however, said she was open to discussion on how to save and renovate the 1878 portion of the building. The North Annex has had many uses over the years which, besides a youth shelter and probation offices, included an infirmary. Sekula, along with others, asked if the county had looked at ways to rehabilitate the North Annex for county office space. Timperman, who was also present, said he has looked at different scenarios in the past four years, when a new shelter was first talked about. “We have looked at cost estimates — to expand and renovate versus building a new building and it would be more expensive to renovate,” Timperman said. “We have to meet so many state requirements. If we would stop this building project now, we would have to exit the program. The state is after us to replace this building.” The county will use $10 million in bonds to pay for the project — about $7 million for the shelter and juvenile offices and $3 million to construct a new superior court on the fourth floor of the City-County building and pay off other expenses. Sekula said his group has never been part of the discussion about whether the building can be saved. Timperman said it’s “never been a hidden process.” However, Sekula said it looks like the historic group is getting into the discussion in the eleventh hour, which isn’t the case. “Our concerns are just surfacing now,” he said, but “This concern was raised early on. There has been no resolution on our end.” Timperman said in order to save the 1878 portion of the building, the current plans would have to be scrapped. He said grading and other water runoff issues call for the North Annex to be torn down and the area leveled. The final approval for the shelter was given last February. McAllister said he hopes ground can be broken in March. Construction is expected to last 14 months. The current building will remain until the new facility is completed. None of the three commissioners were at Tuesday’s meeting. Steve Bush, president of the Floyd County Commissioners, said Tuesday night he would consider the topic open for discussion. However, he added, it’s a little late in the game to change plans. “I don’t think it would be in the best interest of the county to renovate that building,” he said. “We’re on thin ice with the state. They have already threatened to close us down. I’m all about preserving history, but you can’t do it every time. As a government entity you have to make things cost effective. We have always been open about our plans. We haven’t been meeting behind closed doors.” Bush said the new shelter, which will be able to house 25 youth, is a good plan to “serve the children of this community.” David Barksdale, Floyd County historian, said he doesn’t want to see the county make mistakes that have been done in the past. “I think we need to look at the options,” he said. “If this comes down, 20 years from now someone will say ‘why couldn’t they have saved that building?’”