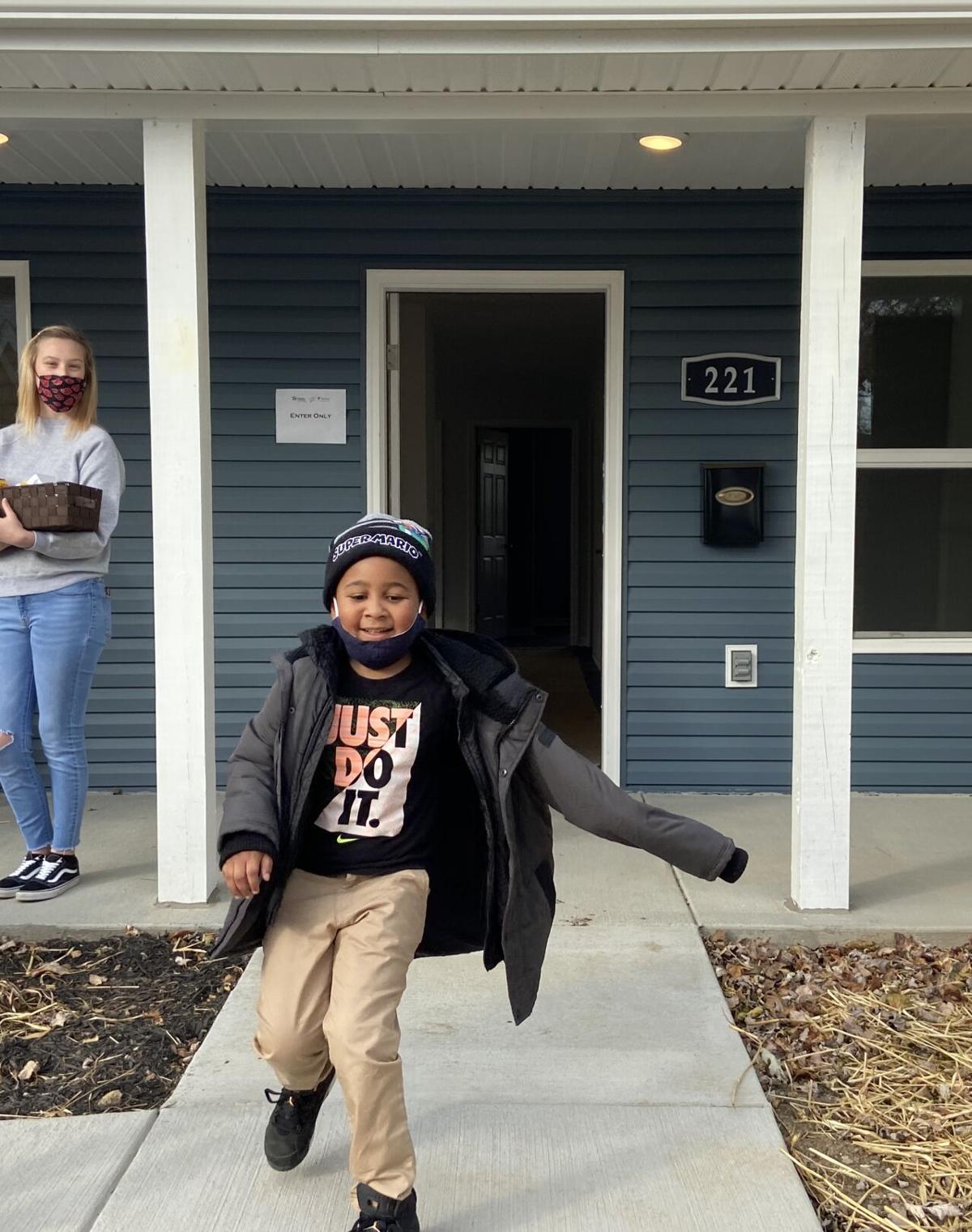 Roman Stover, 6, runs through the front door of his new home in Clarksville. Habitat for Humanity Clark & Floyd Indiana led the building of the home on Fallsview Drive. 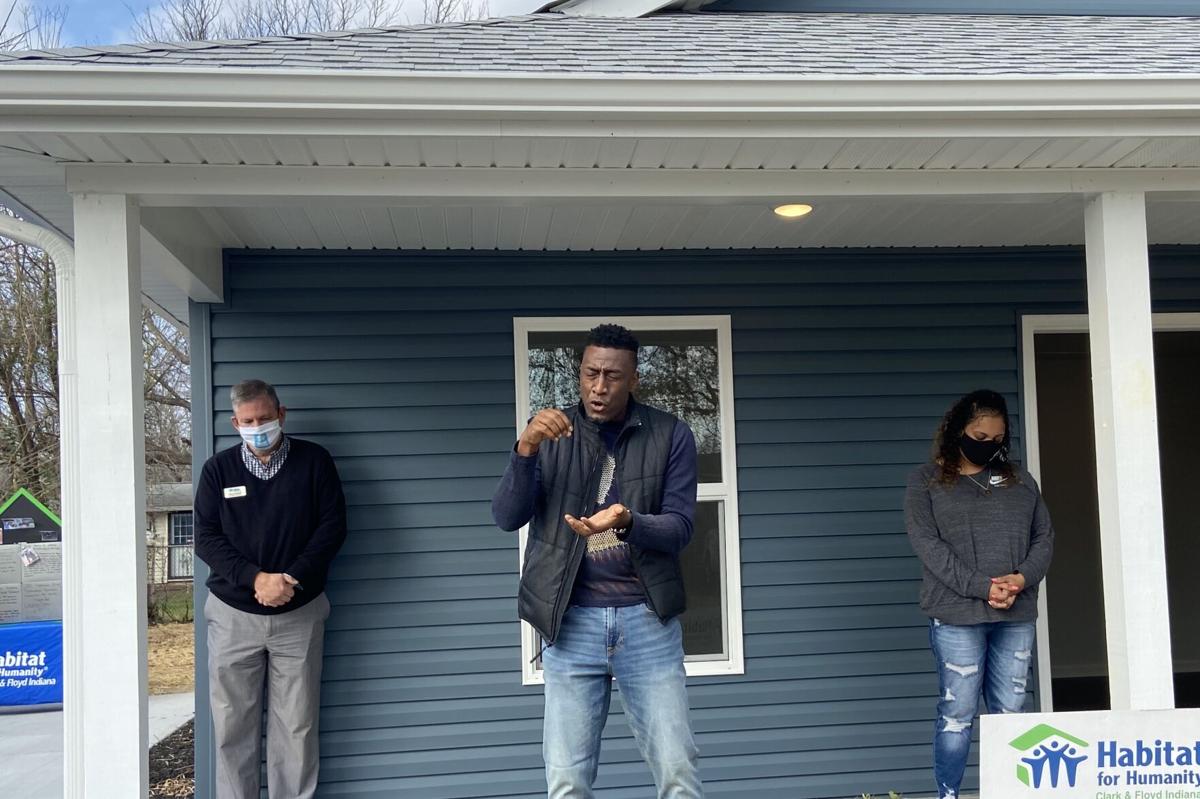 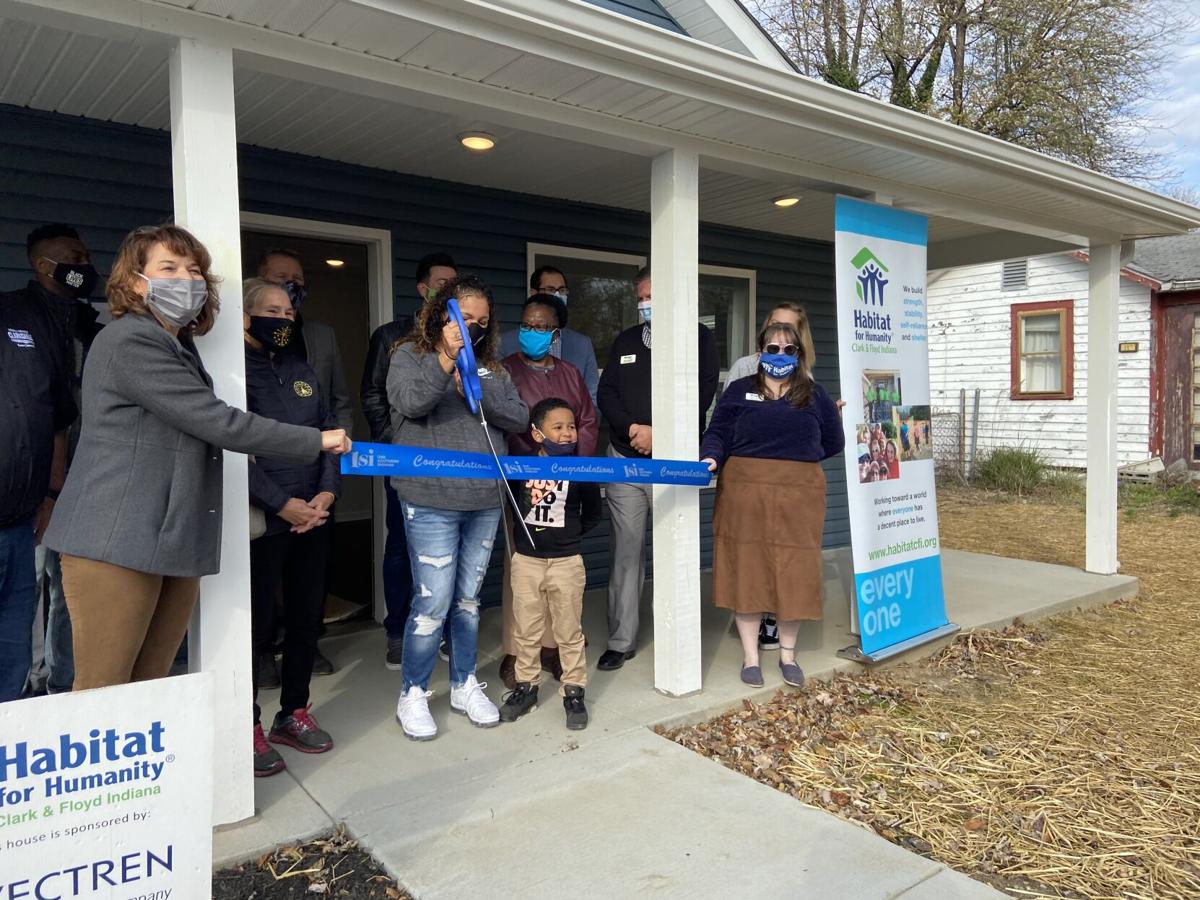 Roman Stover, 6, runs through the front door of his new home in Clarksville. Habitat for Humanity Clark & Floyd Indiana led the building of the home on Fallsview Drive.

CLARKSVILLE — For Whitney Stover, owning her own home is the beginning of a new life for her and her 6-year-old son, Roman.

Habitat for Humanity Clark & Floyd Indiana and One Southern Indiana gathered Friday to celebrate the ribbon cutting and home dedication for Stover’s new home at Fallsview Drive in Clarksville. Stover contributed to the building of her home, along with groups of volunteers in the community.

The homebuilding project was sponsored by Vectren, and it was a part of Habitat for Humanity Clark & Floyd’s Apostles Build project, which involved a group of local churches partnering with the organization to sponsor and build the home.

Stover, who is a single mother, said her new home is a big step up from where she was living previously.

“I was living in apartments — [they were] kind of run-down, not really a good landlord, so being a homeowner now is amazing.”

It was an “act of God” that she became involved with Habitat for Humanity, she said.

“I went to apply for some benefits, and the place I was applying [at] was actually closed,” she said. “I saw the Habitat place across the street, so I walked in and got the conversation going, filled out the application and I got accepted into the program.”

Friday was a “big day” as she celebrated the ribbon-cutting of her new home, Stover said.

“It means the world to me,” she said. “Me and my son will now be stable, we’re able to grow. Stability is a big piece of life — when you’re stable, you can move up, and that’s what we’re trying to do.”

“He wants a pony out back,” she said. “He loves it. He’s so excited to have a backyard and be able to have a home to grow up in.”

Jerry Leonard, executive director of Habitat for Humanity Clark & Floyd, said the Town of Clarksville over a year ago offered the organization the property to build the home.

“We were so excited when I saw it — I was looking up and down the street saying, what a great street to put a family on, we’re going to make a difference here,” he said. “So we were thrilled when they donated the property, and then…in November of last year, we were doing a ground blessing and we were ready to start moving forward. But then the world changed a little bit.”

Nichole Jones, program coordinator for Habitat for Humanity Clark & Floyd, said it normally takes about eight to 10 months to complete a home-building project, but it took more than a year due to delays caused by the COVID-19 pandemic.

The “community was right there with us,” Leonard said, and they were able to make the project happen.

Jones said she is excited that the house was completed in time for Whitney and Roman to enjoy the holiday season at their new home. Jones said Roman has become a bit of a mascot for the Habitat for Humanity Clark & Floyd.

Kaleb Lay, lead pastor at Restoration Christian Church in Sellersburg, chairs the Apostle Build program for Habitat for Humanity Clark & Floyd. About 80% of the volunteers who built Stover’s home were from local churches, he said.

The Apostle Build program “struck a chord” in his heart when he learned about it, and was excited about the idea of working with other churches, businesses and people within the community to build a home.

“As a pastor, this is certainly in my heart to see a community and churches come together to improve and help and be a part of our community,” Lay said.