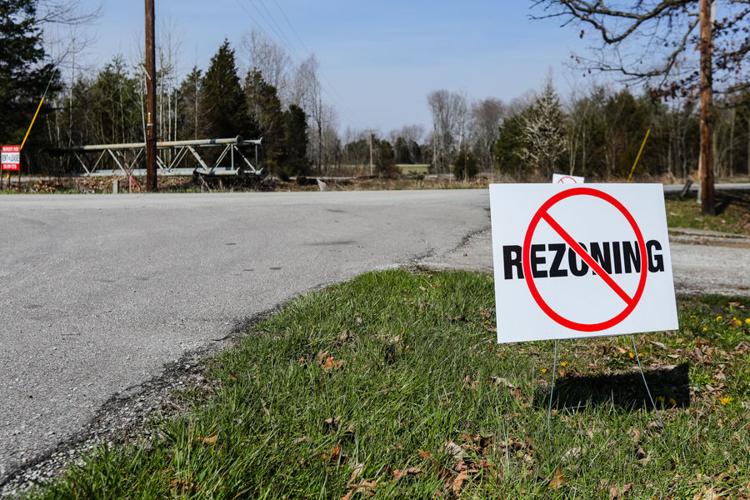 The Clark County Planning & Zoning Commission unanimously approved a rezoning of 13 acres of agricultural area in Henryville to business Wednesday. Residents are concerned it will disrupt their peaceful rural lives. The proposal still has to go before the Clark County Commissioners for final approval. 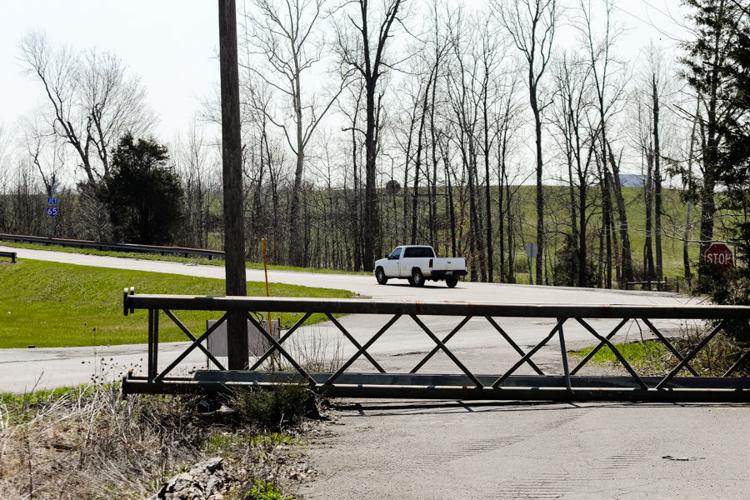 A large metal structure lays across a driveway that leads to the five acre property in Henryville, which is on a corner of Forestry Road and S. R. 160.

The Clark County Planning & Zoning Commission unanimously approved a rezoning of 13 acres of agricultural area in Henryville to business Wednesday. Residents are concerned it will disrupt their peaceful rural lives. The proposal still has to go before the Clark County Commissioners for final approval.

A large metal structure lays across a driveway that leads to the five acre property in Henryville, which is on a corner of Forestry Road and S. R. 160.

JEFFERSONVILLE — Some residents of a quiet Henryville road are not happy following a vote by the Clark County Planning and Zoning Commission on Wednesday to rezone a nearby agricultural area for business usage.

Nearly 40 people attended the Wednesday evening meeting, many of them residents of Forestry Road in Henryville.

The owners of the land in question, Kendall and Demi Greene, previously filed a petition with the plan commission to rezone 13 acres at Ind. 60 and Forestry Road from its current A-1 Agricultural zoning to B-2, Community & Roadside Business “for purposes of commercial development.”

It was tabled at the February meeting, but Wednesday's unanimous vote means it will now go to the Clark County Commissioners for final approval.

Ellen Murphy has lived on Forestry Road for 18 years. She's about half a mile from where the proposed development will be and she said she and her neighbors are concerned that it will change the rural life they enjoy.

“It's very peaceful — tree frogs and coyotes and rabbits and deer,” she said, after the meeting. “We all moved out there because of the rural nature of it. And we all know our neighbors. So we don't want something that's going to destroy that peacefulness.

During the meeting, a letter from the residents was read by a commission member. It requests in part that “if a business has to go at the end of our road that it is a good quality business that maintains the health, safety and welfare of the rural residential character of our road.”

It lists what residents don't want to see go into the spot — no businesses that are open late hours, no large signs, bright lights, used vehicle sales, feed or fuel stores, junkyard or storage, no bars, clubs liquor stores or adult bookstores, no group homes, halfway houses or public housing and no noxious fumes or gases.

The applicant had agreed to some of these concerns — liquor stores, taverns, nightclubs, truck stops — and his attorney, Mike Gillenwater read the statement of commitment at the meeting. It also includes that the entrances to the property be built off of Ind. 160, not Forestry Road, unless deemed necessary by the fire department.

Some of the other concerns, like junkyards, already are not allowed in the proposed zone, and there is an ordinance in place prohibiting large signs and non-working vehicles.

However, some things on the list are not prohibited — used vehicle sales and bright lights. There is a noise ordinance but that's enforced by the Clark County Sheriff's Office and largely pertains to residential noise.

The planned use for the parcel, if rezoned, has not been disclosed and the property owner declined to comment following the meeting.

Gillenwater said that a plan commission representative “had acknowledged that according to their comprehensive plan, this is exactly the type of property that should be zoned B-2.”

But the residents left the meeting with worry.

“We're concerned that they're not going to play by the rules,” Jen Marshall, a three-year resident of the road, said.

Murphy said this means the residents will have to keep an eye on the property. She said they will talk to see what is next; the move isn't official until the commissioners vote it in.

“We have to discuss, going forward, what we're going to do,” Murphy said. “We know that in the future we'll have to be very vigilant with what's happening at that end. We'll have to pay attention to if they're following the rules and if they're not then we'll have to step in and do whatever it takes to adhere to those rules.”

Catch up with our weekly roundup of Top 5 headlines of the week, and learn how you can get unlimited access to these stories and more here: ht…