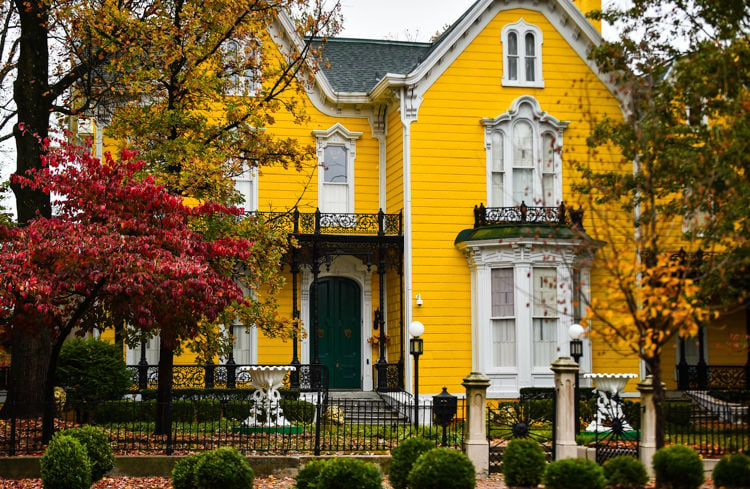 The Washington C. DePauw mansion has hit the New Albany home market, with a price tag of nearly $1 million. 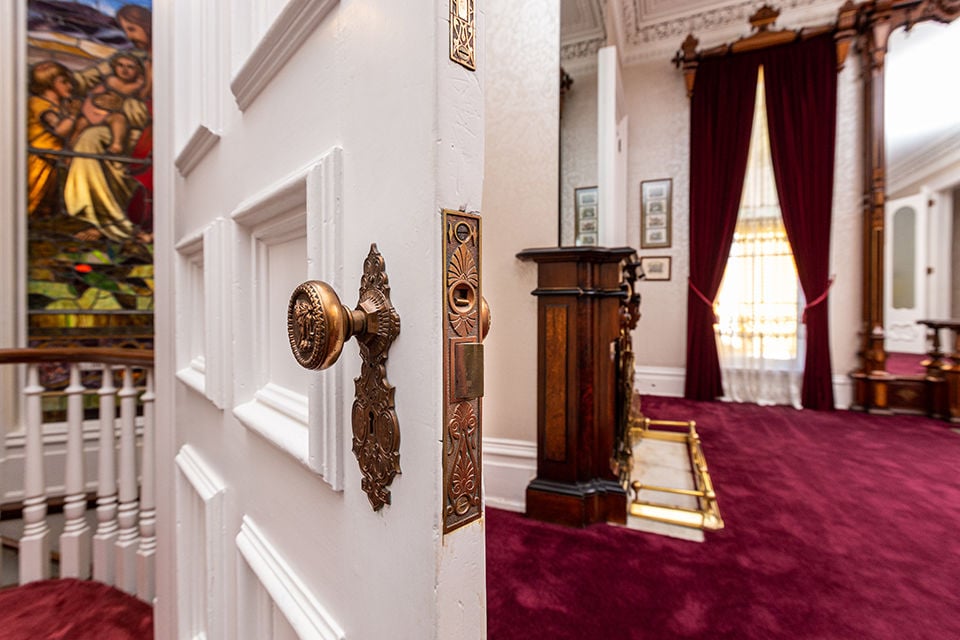 Past owners went to great lengths to preserve the historic integrity of the Washington C. DePauw Mansion in New Albany. 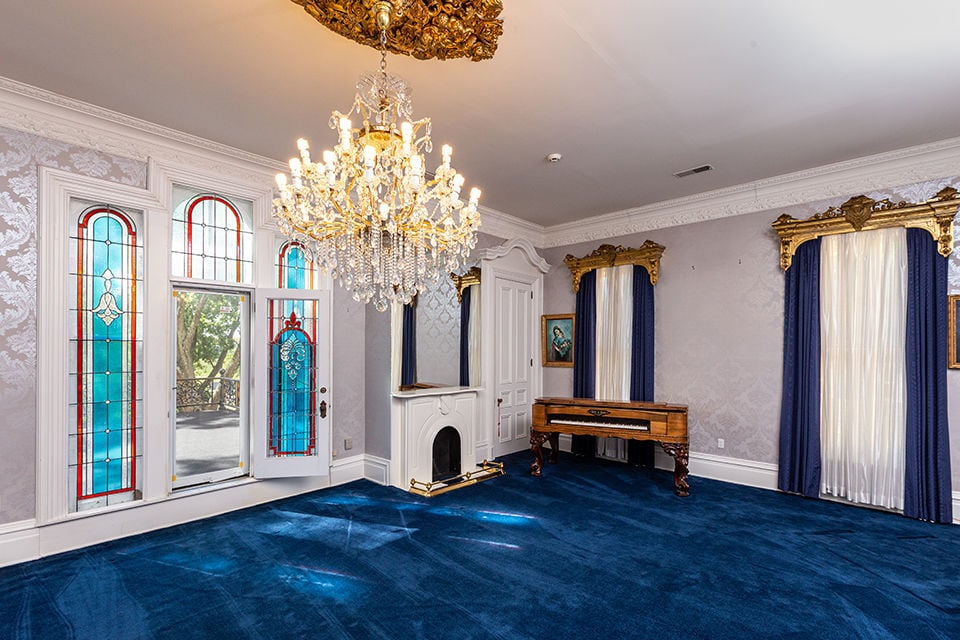 The interior of the Washington C. DePauw Mansion is often just as colorful as the vibrant yellow coating its exterior. 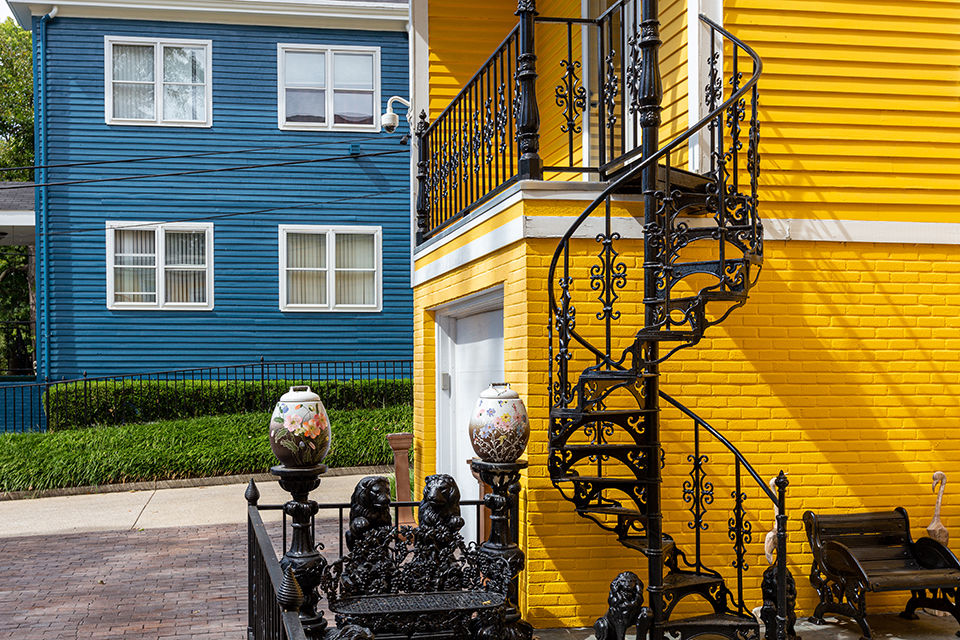 Among the best features of the Washington C. DePauw Mansion is the detailed ironwork lining its exterior.

The Washington C. DePauw mansion has hit the New Albany home market, with a price tag of nearly $1 million.

Past owners went to great lengths to preserve the historic integrity of the Washington C. DePauw Mansion in New Albany.

The interior of the Washington C. DePauw Mansion is often just as colorful as the vibrant yellow coating its exterior.

Among the best features of the Washington C. DePauw Mansion is the detailed ironwork lining its exterior.

NEW ALBANY — Taking a stroll up Main Street in New Albany, it's easy to recognize the grandeur of "mansion row."

While choosing a favorite of the impressive historic homes may be difficult for some, one home in particular jumps out, in part due to its vibrant yellow paint. The Washington C. DePauw Mansion at 714 E Main St. has been a prominent feature of the city for well over a century, having been constructed for DePauw in 1870. Now, the home is on the market and can be had for just under $1 million.

“It does feel like the Grande Dame of the historic mansion row," real estate agent Sarah Ring said. "It’s very prominent. It’s architecture was designed that way. It’s a French Second Empire, the whole point of which is its bigness, grandness and the way it stands out."

Built to serve as the winter home for DePauw, one of the richest men in Indiana at the time of his death, the mansion comprises roughly 14,000 square feet. Such a size dwarfs other historic mansions in New Albany, which often total 2,000 square feet to 3,000 square feet.

It isn't just the size that makes the home special, though, as Ring also pointed out how it's in top-notch condition.

“From a condition point of view, it is pristine," she said. "We’ve sold many houses that have beautiful architecture, but they also need work. This one, [the owners] took great care of all the historic features... It’s the most pristine house we’ve seen in downtown.”

Over the decades, Indiana Landmarks Southern Regional Director Greg Sekula said the home has had several owners who went to great lengths to preserve the home. The same can't be said for other former mansions throughout the area that either fell into disrepair or were converted into apartments during the wars of the 20th century to meet housing demands.

"It’s just always been a well-preserved house, unlike others who were converted or saw bleaker days," Sekula said. "It’s fared well over the years. It’s kept a lot of its architectural integrity."

Sekula said among the house's best qualities are its Italianate features, such as the ironwork on the porches and fencing. He also noted that though many believe the home to be built of stone, it is actually a wooden frame with special siding.

"Architecturally, you have many standouts on Main Street," he said. "This is certainly within the top five houses in the community."

One of the past owners particularly responsible for its upkeep was religious leader Rev. Berniece Hicks, who died last year. Whoever it may be that comes to own the home next, Sekula said he hopes they are as passionate about maintaining its quality.

“Sister Hicks was a very good steward of that property," he said. "She kept it in meticulous condition. We’re hoping that whoever buys it will be able to do the same.”

Ring, however, said the next owners may not necessarily be looking to use the mansion as a primary residence. Instead, she believes it would make a great hotel or bed and breakfast, even going as far to pitch potential names, like the Napoleon.

"The way we envision it is an eight-room boutique hotel with a lovely room for an entrance and a lobby," she said. "You’ve got three large, beautiful rooms that could be ballrooms or host wedding parties and things of that sort. My hope is that someone will use it as another addition to downtown New Albany’s historic rejuvenation."