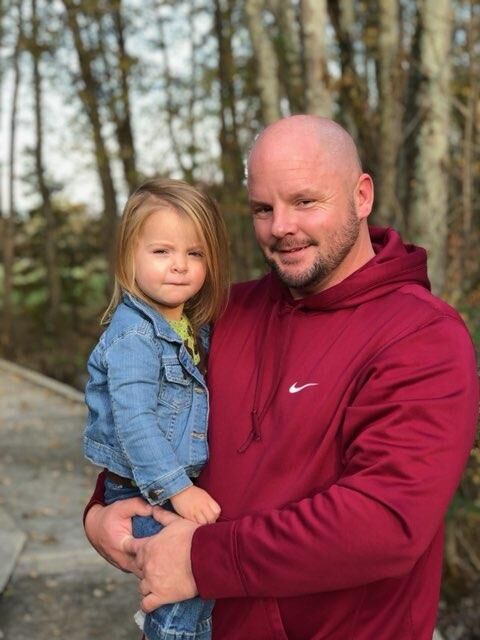 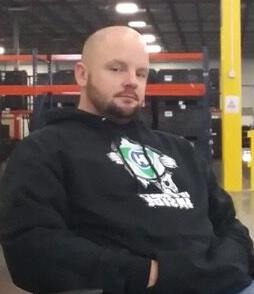 “There’s all kinds of stuff for women — which is great — but we’re kind of forgetting about the men, the fathers,” said John Benningfield. “I see it time and time again when there are guys out here struggling and there is no help. There’s no place for a guy to go.” 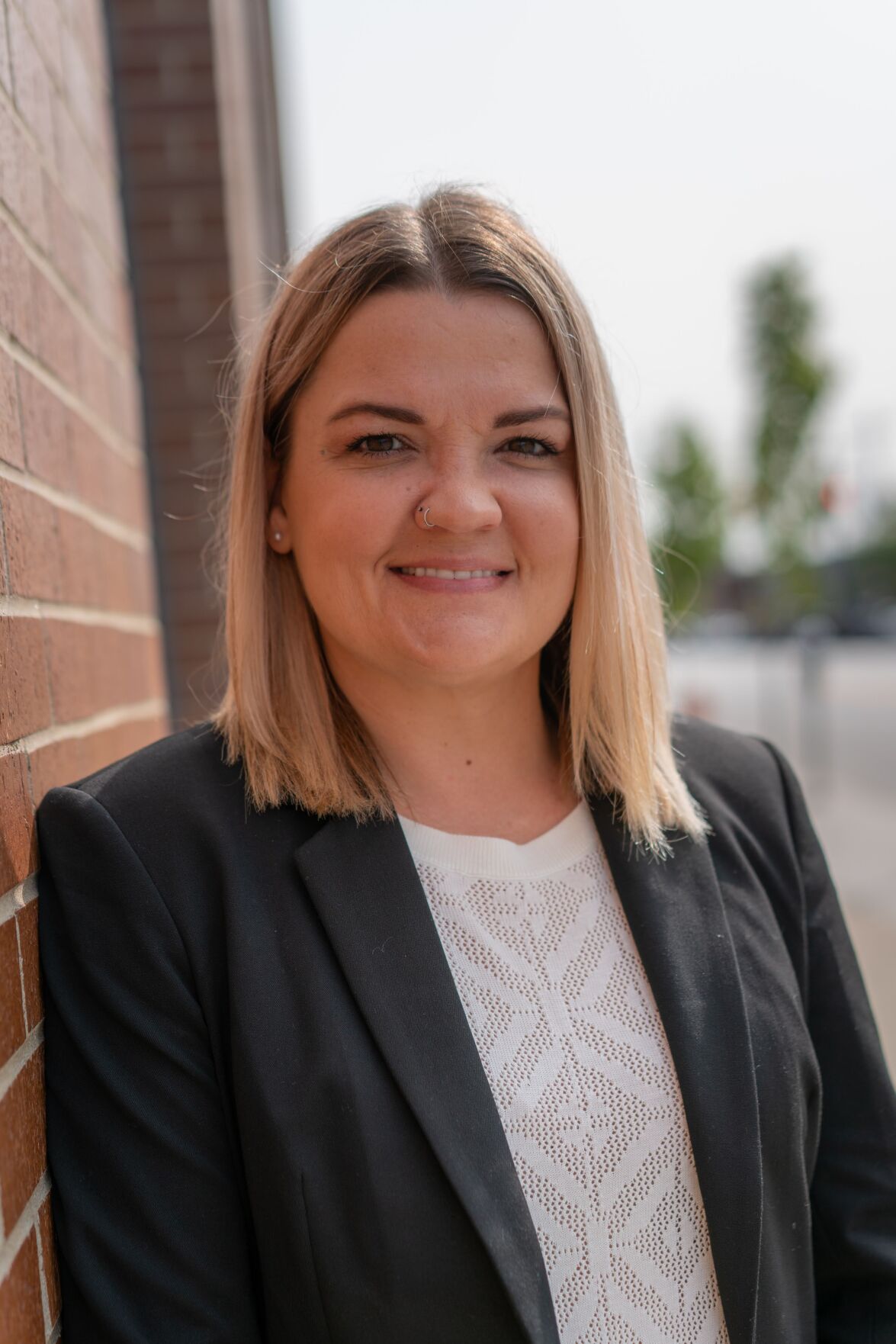 "Having your peers holding you accountable for your actions sits differently with you than it does if it was somebody of authority like a house manager," said Amy Collins, a community outreach worker.

“There’s all kinds of stuff for women — which is great — but we’re kind of forgetting about the men, the fathers,” said John Benningfield. “I see it time and time again when there are guys out here struggling and there is no help. There’s no place for a guy to go.”

"Having your peers holding you accountable for your actions sits differently with you than it does if it was somebody of authority like a house manager," said Amy Collins, a community outreach worker.

CLARKSVILLE — A Southern Indiana father is helping to provide a place for men in recovery to have sober living while also caring for their children.

This weekend, Oxford House Trails, a recovery home with room for six men and their children, will open in Clarksville. Oxford Houses are democratic and self-governing, with all members sharing the same amount of responsibility and voice.

While there are nearly 60 Oxford Houses in Indiana, very few are geared toward the men who are working to get their children back, who need a place for them to live. This will be the first of that kind in Southern Indiana.

“There’s no help for a man who’s trying to do the right things and have his children,” said John Benningfield, a current Oxford House resident who pushed for this type of house and will help lead it as it opens. “There’s all kinds of stuff for women — which is great — but we’re kind of forgetting about the men, the fathers.

“I see it time and time again when there are guys out here struggling and there is no help. There’s no place for a guy to go.”

Benningfield said he realized the need as he was navigating his own custody issue the past year after learning one year into his sobriety he had a 16-month-old daughter.

“[I] started fighting for her,” Benningfield said, adding that “the more I’m getting into this myself, trying to get custody of my child and have a stable place, I’m beginning to see all this. And I’m starting to speak up.”

To become a resident, a candidate will first apply and then be voted on by the other members of the house. Everyone has equal say, and they hold each other accountable for their words and actions. Residents must have a job and work a 12-step program.

“This is strictly for men who are trying to do right and be in their kids’ life, whether it’s getting custody or every other weekend type of stuff,” Benningfield said. “As long as you’re trying to be a better father [and] person and do a little service work in between there, that’s all I ask.

“If you’re not putting in the work, I don’t want you there. That’s a bed for somebody that actually wants it.”

Amy Collins, a former Oxford House resident who now does community outreach for the nonprofit, said this support is much-needed for the men working at being good fathers for their children.

“In my experience, a lot of times the father will get clean and sober and the mother does not, and then the child is left in state care or with the grandparents,” she said. “These men who get clean and sober, they need to have a place with their children just like the women do.

“We need strong sober men in this community because if we have one, then they’re working a program of recovery, they’re going to help another and it’s just that ripple effect.”

This is why the peer recovery model used with Oxford Houses is so important, Collins said.

“Having your peers holding you accountable for your actions sits differently with you than it does if it was somebody of authority like a house manager,” she said.

Collins said she’s incredibly proud of Benningfield, and knows that he takes his role in opening this new house seriously.

In his recovery, “he’s just moving right along and he is an example for the men that come into this house,” she said. “He holds individuals accountable in a loving way and it’s just someone for them to look up to. There’s no bosses in Oxford House but leadership is important because he sets the standard. When they come in they see what he is doing and what is acceptable, he’s the example. He sets the tone for the house and he’s done a wonderful job.”

“I take all the energy I [had] when I was out there homeless and struggling...and put it to the positive,” Benningfield said. “I was part of the problem for so long, I’m trying to give back in a positive way.”

The father said he’s close to securing full custody of his youngest daughter, now 2, and has a good relationship with his two older children for the first time.

“I missed a big chunk of their lives growing up because of this addiction,” he said, adding that “I have them back nowadays. Now they come over and hang out and I go to their softball games or track and field or parent-teacher conferences.”

He also wants fathers to know that if they put in the work, it is possible to have a better life, to rebuild relationships.

“A lot of guys lose hope and without hope you don’t have [anything,]” he said. “I want to help these guys. I’ve seen the struggles and I’m telling you it’s possible as long as you keep doing the next right thing. Keep putting the work in [and] it will all come together.”

Oxford House Trails, a recovery home for men and their children, is opening this weekend in Clarksville with a couple of spots still open.

To learn more about the Oxford House model or to find vacancies based on location, go to www.oxfordhouse.org. To get more information on applying to live at the new Oxford House Trails home in Clarksville, call John at 812-318-4727 or email Amy Collins at amy.collins@oxfordhouse.com.

When they get the keys this weekend, the families moving into Oxford House Trails will be walking into an empty house. All types of furniture, household supplies and appliances are needed. To donate items in good condition, contact John at 812-318-4727 or email Amy Collins at amy.collins@oxfordhouse.com.

In today's newscast two local golfers are representing the United States in Ireland at the International King's Cup and we look at back to school girl's fashion trends with Dada Boutique in New Albany.

James "Jim" C. Thompson, 86, passed away Saturday, July 31, 2021 at Clark Memorial Health. He worked at the Army Ammunition Plant and Jewish Hospital as an orderly/transport. Jim was a member of Eastside Christian Church. He was a native of Shepherdsville, KY. He is survived by his sons, Hen…