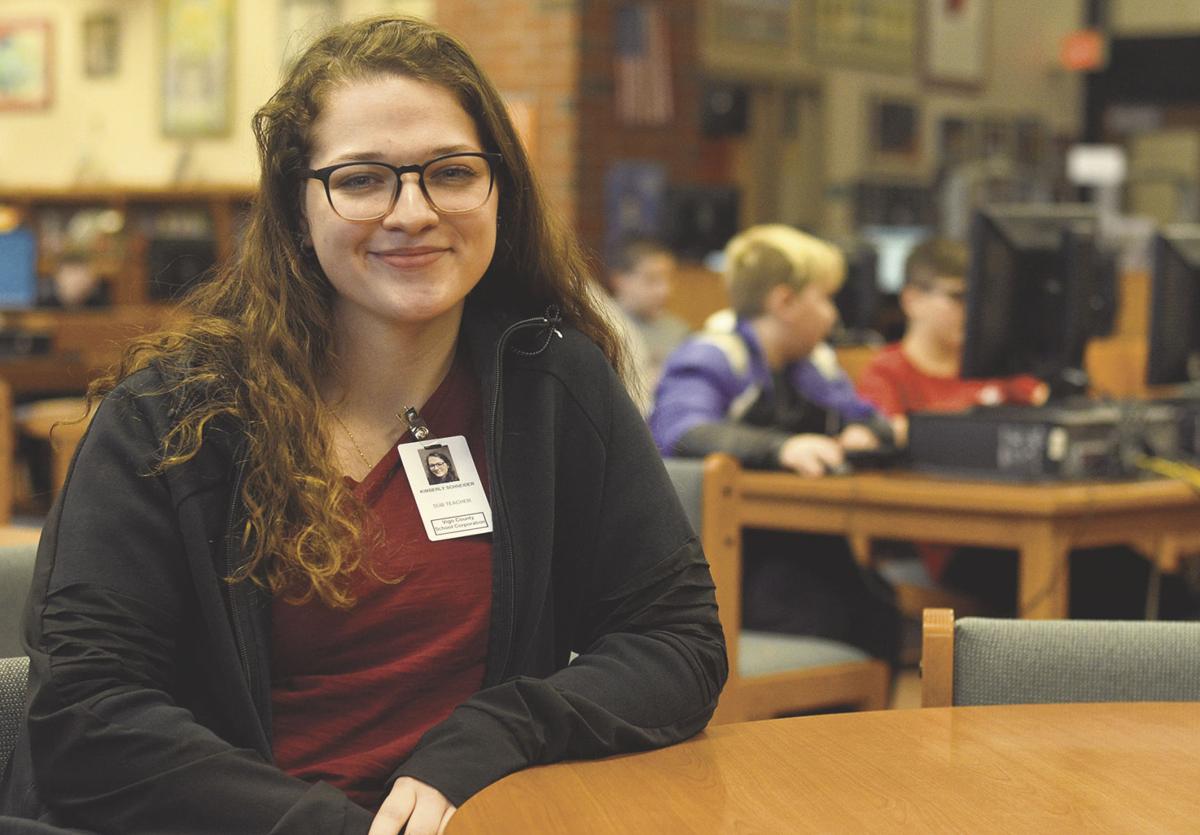 It's not for the money: Indiana State University junior Kimberly Schneider says a career in education is about more than the pay and enjoys seeing students grow as they learn. Schneider works part-time as a substitute teacher for the Vigo County School Corporation and is seen here on Wednesday in the Sarah Scott Middle School media center. 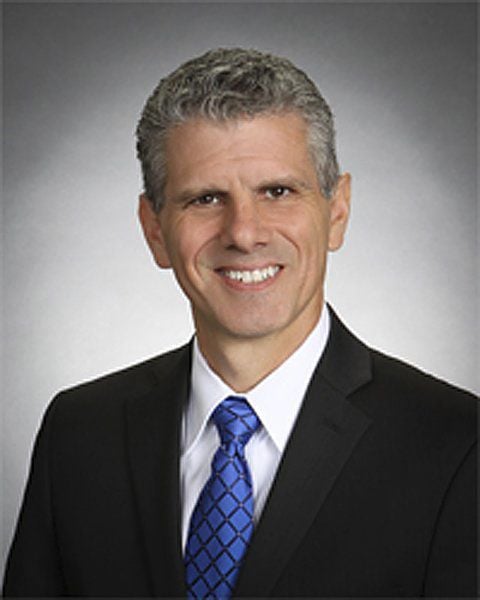 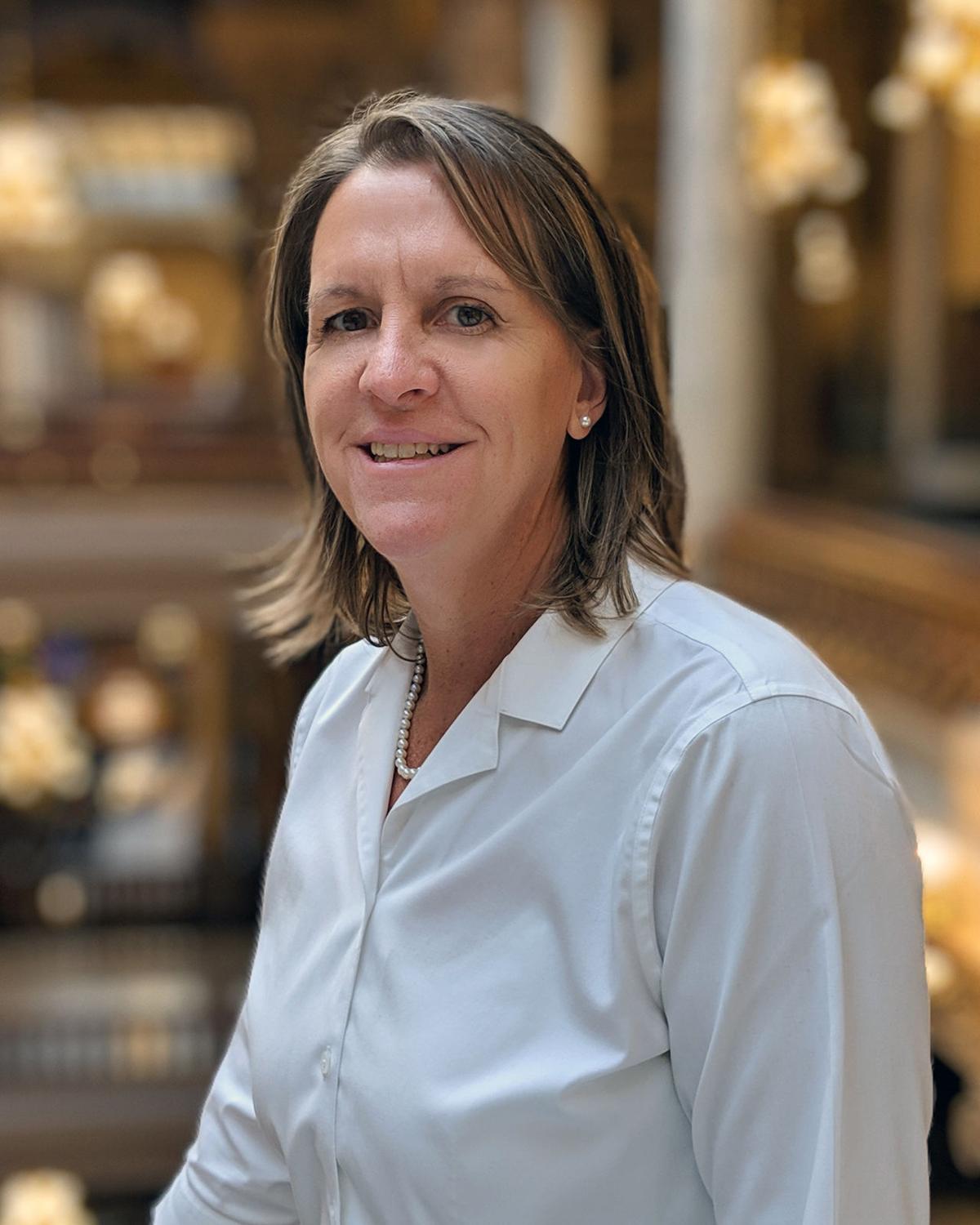 INDIANA — Improving teacher pay has emerged as a top issue in the 2019 budget-writing session of the General Assembly, but how much progress will be made remains to be seen.

One plan, proposed by Republican leaders, suggests schools cut operating costs and spend more in the classroom to give teachers a raise. It doesn't necessarily call for additional state funds to do it.

Gov. Eric Holcomb has called for a 2-percent increase in each of the next two years for K-12 education, and his administration has suggested some of that money be directed to teacher salaries.

During his State of the State address, Holcomb proposed tapping into the state's surplus to pay down a pension liability for schools, saving districts $140 million over two years with continued savings afterward.

Regardless of how it's done, or not done, there is consensus that teacher pay needs to improve to address the ongoing teacher shortage.

One legislator who understands the issue firsthand is Tonya Pfaff, D-Terre Haute, the newly elected state representative for District 43. She is a veteran math teacher of 25 years in the Vigo County School Corp. and knows how legislative changes in recent years have adversely impacted new teachers.

When she started teaching, she could look at a salary schedule that provided automatic pay increases based on years of experience and education and she could see improvement over the years.

Also, collective bargaining typically, but not always, provided increases in base pay as well.

But legislative action in 2011 took away those automatic, annual increments. Now, a starting teacher with a bachelor's degree in the Vigo County School Corp. starts at $35,000, and there are no automatic "step" increases each year. A beginning teacher with a master's degree makes $36,850 in 2018-19.

Teaching is a calling, Pfaff said. "You don't go into education to get rich." But with the changes, "There are no guarantees you will get a cost-of-living raise."

New teachers have bills to pay and often have student debt to re-pay. "The fight is not for me, but for beginning teachers ... we'll have a hard time retaining them given the current situation," she said.

The issue is important because the teacher shortage impacts the kind of education students receive. "The long-term effects will create a lot of problems for Indiana," Pfaff said.

Often, teachers seek to increase income through extra-duty, extra-pay — such as through academic or athletic coaching, she said.

Some teachers choose to go into administration. Some move to other school districts seeking increased pay.

Other factors have hurt teacher salaries.

School educational (formerly general) funds have been almost entirely funded by the state based on student enrollment, and state funding for schools has not kept up with inflation, said Terry McDaniel, Indiana State University associate professor of educational leadership.

After the recession of 2008, some school districts weren't able to give raises for several years, although they may have given one-time stipends.

Now, performance is a factor in employee increases. Those rated effective or highly effective can receive increases, while those rated "needs improvement" or "ineffective" cannot (except for first- and second-year teachers).

Some districts have changed to a point system based on evaluations; meeting the needs of students; years of experience and degrees combined (not to exceed 33 percent of any salary increase); and leadership.

But under the point system, it might take a few years to significantly improve salaries, McDaniel said.

As far as legislative proposals on the table, "I think everything they are doing now is stopgap to keep people satisfied. The state doesn't have the money to do what it needs to do," he said. There are many other pressing needs.

"Quite honestly, when looking at the rest of the country, there is a fear Indiana might do what other states did last year, with teachers going on strike," McDaniel said.

Strikes are illegal in Indiana, and state law does provide penalties.

In recent days, teachers in Los Angeles went on strike over issues that include teacher pay and class size. Denver Public Schools and its teachers union were in their last week of negotiations before a scheduled strike vote.

When looking at the total cost of a four-year degree,"That's a lot of money to invest and start at $36,000 or $37,000" and try to pay for housing, a car, other necessities and pay off student loans, McDaniel said.

Kim Fidler, a Uniserv director with the Indiana State Teachers Association, said that with the lack of a traditional salary schedule, "It is difficult for new teachers to see how they may advance if they stay in a school corporation for 15 years or more. It is also difficult to incentivize teachers to earn additional degrees with little or no compensation to offset the cost. It is also difficult to maintain good teachers who no longer receive steps as a reward for staying in a school corporation and providing consistency for students."

In Vigo County, teachers can improve salary levels [there are six] with additional hours of education or degrees, as long as they are evaluated "effective" or "highly effective," Fidler said.

How we honor the teaching profession

Rob Haworth, Vigo County School Corp. superintendent, said that "how we honor the educational profession has changed and it's changed dramatically in the last 15 years."

He was referring to how teachers are compensated. Teachers used to be able to enter the profession knowing that that if they stayed in that career, they would be able to "own a home, pay on a couple of cars and put my children through college," he said.

But under the current system, "That is limited now or maybe even nonexistent," he said. "How we get back to that promise of being able to make a living out of teaching, that's a very difficult and complicated question ... it's my hope our legislature works to solve that problem."

Haworth hopes to work with legislators to help find solutions.

Indiana's average starting teacher salary, as well as average teacher pay overall, has lagged behind the rest of the nation.

The Vigo County School Corp. has been in a strong enough financial position it has been able to provide greater-than-average pay raises compared to other Indiana school districts. This year, the base pay raise is 4.75 percent, while last year, and the year prior, it was 4.5 percent.

Some VCSC teachers also received flat-dollar increases to their base pay to help close the large gap between the highest and lowest paid teachers.

In a neighboring district, Southwest Parke Community School Corp. did not offer an across-the-board percentage. "We tried to be more strategic in our distribution this year," said Phil Harrison, superintendent.

"Even with these new amounts, our salaries are still lower than the surrounding corporations. We would like to be more competitive with our salaries, so we will continue our work to remedy that as we are able," Harrison stated in an email.

Fidler said it's difficult to compare districts because they use different compensation models.

Similar to districts around the state, Vigo County has had challenges finding qualified teachers to fill vacancies, even with teacher preparation programs at Indiana State University and Saint Mary-of-the-Woods College.

Legislators have some difficult decisions in the next few months, Haworth said.

While it's projected that Indiana will have more than $800 million in new money for the next state budget, many needs exist in other areas, including the Department of Child Services and Medicaid funding.

"It’s really rewarding that way,” although not quite as rewarding financially, she recognizes, “which is sad.”

She knows teachers who have had to work second jobs to make ends meet. Once she begins her teaching career, “It would be nice to not have to work a second job,” she said.

Sue Loughlin covers education for the Tribune-Star in Terre Haute. She can be reached at sue.loughlin@tribstar.com Follow Sue on Twitter @TribStarSue.