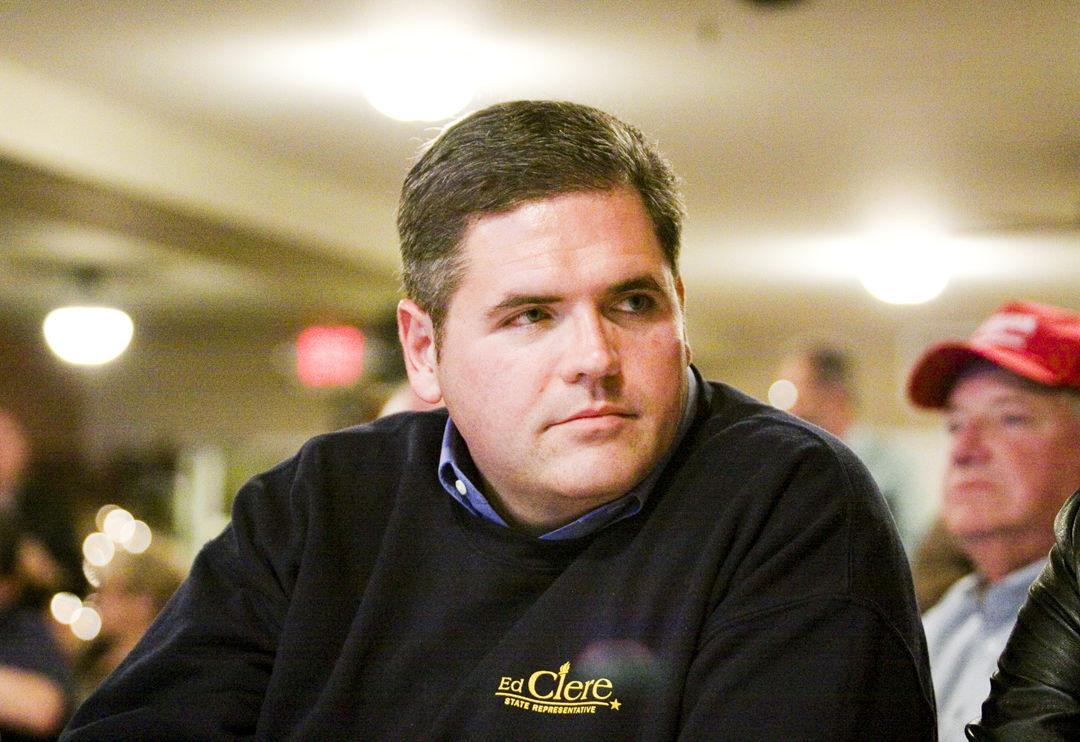 Rep. Ed Clere, R-New Albany, went to get a haircut and then helped Dreamers become eligible for professional licenses again.

Rep. Ed Clere, R-New Albany, went to get a haircut and then helped Dreamers become eligible for professional licenses again.

INDIANAPOLIS — Opponents of a controversial religious rights bill, filed in the aftermath of the fight over same-sex marriage, are turning to men and women of the cloth to defeat what they call a “license to discriminate.”

Advocates are seeking help form religious leaders to slow down the legislation, which has passed the Senate, and counter the conservative clergy who are calling on the state to protect those with strongly held religious beliefs.

“I hope the legislation doesn’t go any further than it has,” said David Sklar of the Indianapolis Jewish Community Relations Council, who is a member of an interfaith coalition opposing the bill. “The legislation hasn’t gotten the debate it deserves.”

At issue is the Religious Freedom Restoration Act introduced by conservative lawmakers to protect church groups and business owners against claims of discrimination in the wake of federal court rulings that legalized same-sex marriage in Indiana.

It’s modeled on a federal statute passed in 1993 and mirrors similar bills introduced in states that have seen their same-sex marriage bans struck down in recent months.

The proposal, which passed the Republican-controlled Senate on a party-line vote in February, is contentious. Reception to it echoes last year’s debate over a failed measure to amend the state Constitution to ban same-sex unions. And comes as the U.S. Supreme Court is expected to issue a blanket ruling on same-sex marriage by June.

During a hearing, supporters described the bill as protective, calling it a “shield not a sword.”

“Religious people are scared,” said the Rev. Tim Overton, a Baptist pastor who told senators that clergy like him fear they may be required to perform same-sex marriages despite their beliefs.

“I would ask that you protect us from that,” he said.

His concerns are echoed by the Indiana chapter of Advance America, a conservative, faith-based group. Its leaders say churches and business owners, such as florists and bakers who oppose same-sex marriage, worry they’ll be sued if they refuse to provide services to those couples.

“The concern that churches have is they don’t know what’s going to happen in the future,” Advance America founder Eric Miller.

But other faith leaders are advancing a different view as the bill moves to the House. On Wednesday, Sklar joined Christian, Jewish and Islamic leaders at a church in Indianapolis for a “faith vigil” to protest the legislation.

“We feel perfectly comfortable that our religious liberties and our freedom of religion are already protected here in the state,” Sklar said.

Matthew Myer Boulton, head of the Christian Theological Seminary, a Protestant seminary in Indianapolis, also opposes the bill. He worries that it could be used by businesses and employers to discriminate, then claim their motives are religious.

The vigil was organized by Freedom Indiana, a coalition of business, community and religious leaders that formed last year to defeat an effort to seal a ban on same-sex marriage in the state constitution.

Clergy who were part of that group were credited for swaying critical Republican votes to defeat that effort. They hope to play a similar role this time.

Unlike in the Senate, some Republican opposition to the religious rights bill may arise in the House, where changes to the proposed constitutional marriage amendment were derailed last year.

“There’s no need for the legislation,” said Clere. “It takes us in the wrong direction.”

It has divided the business and legal communities, as well.

Kevin Brineger, president of the Indiana Chamber of Commerce, said it would invite a rash of costly litigation.

“We believe religious freedom is already protected through existing laws,” he said.

As written, the bill prohibits any state or local law that would “substantially burden” a person’s ability to follow his or her religious beliefs. A “person” is defined as including religious institutions, corporations, partnerships and associations.

Jane Henegar, executive director of the American Civil Liberties Union of Indiana, has called the measure a “solution in search of a problem.” She said churches already have the right to determine who they’ll marry.

“The concern that churches are going to be forced to perform religious marriages they don’t want to is a total red herring and incredibly farfetched,” Henegar said.

Indiana University law professor Daniel Conkle sees it differently. At a Senate hearing, he identified himself as a supporter of same-sex marriage. He also said the religious freedom legislation could narrowly protect business owners from being compelled to provide services they find objectionable.

“For some religious people, this sort of participation in a same-sex wedding celebration would violate their deepest sense of religious conviction and religious conscience,” he said.