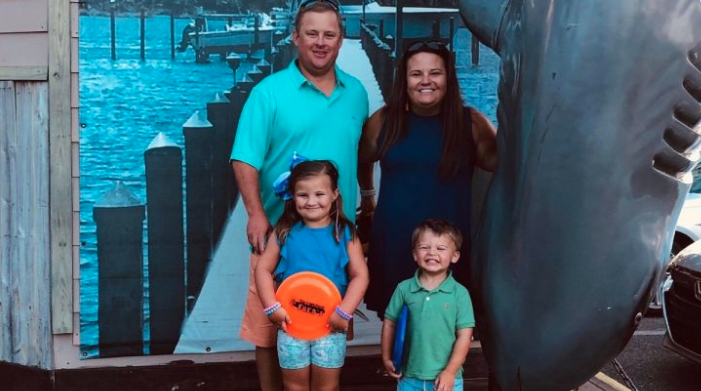 Matt and Lauren Kirchgessner with children Addie, 6, and Baylor, 4. The two children died Dec. 4, 2020 after an accident in Panama City Beach, Florida. 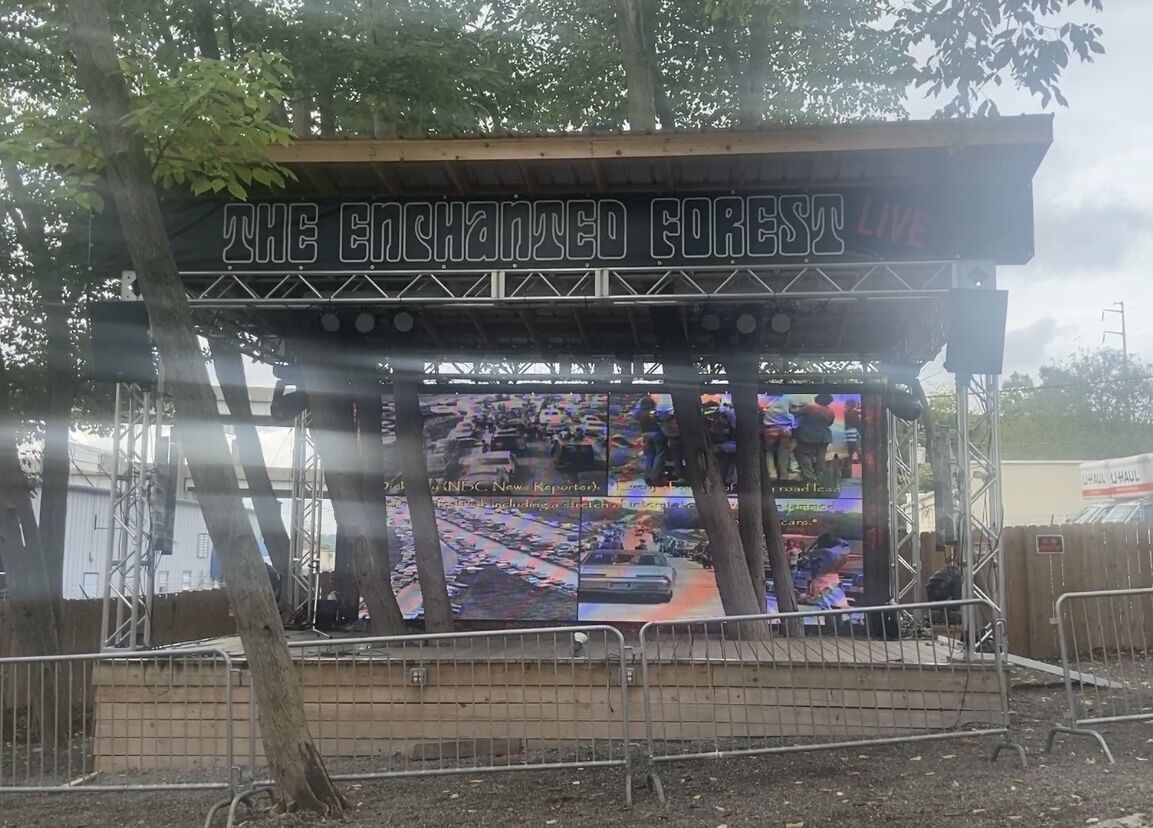 The Brouhaha Indie Rock Festival will take place Friday and Saturday at The Enchanted Forest Live in downtown New Albany.

Matt and Lauren Kirchgessner with children Addie, 6, and Baylor, 4. The two children died Dec. 4, 2020 after an accident in Panama City Beach, Florida.

The Brouhaha Indie Rock Festival will take place Friday and Saturday at The Enchanted Forest Live in downtown New Albany.

The third Brouhaha Indie Rock Festival will take place Friday and Saturday at The Enchanted Forest Live in downtown New Albany. All proceeds from the event will support the Addie and Baylor Kirchgessner Foundation.

The festival will feature 13 indie bands from the Southern Indiana and Louisville area. All of the bands are performing free to support the fundraiser.

The outdoor music venue at the Floyd County Brewing Company is at 41 W. 1st St. The cover charge for the event is $5, and the festival is open to people ages 21 or older. The festival is from 5 p.m. to 11 p.m. Friday and noon to 11 p.m. Saturday.

On Dec. 4, 2020, 6-year-old Addie Kirchgessner and her 4-year-old brother Baylor died from injuries sustained in an accident in Panama City Beach, Florida, when a truck veered from the road and struck the two children while they were playing miniature golf.

Shortly after the accident, Matt and Lauren Kirchgessner, the parents of Addie and Baylor, set up the foundation to honor the children. Matt grew up in New Albany and owns the Elk Run Golf Club in Jeffersonville, and Lauren is a teacher in Louisville.

The foundation has been healing for the couple and has helped them grieve the loss of their children, he said.

Providing books for children is one of the missions of the Addie and Baylor Kirchgessner Foundation, and the foundation has supported book drives and Scholastic Book Fairs to distribute books in schools.

Recently, the foundation supported a book fair at St. Paul’s Catholic School in Louisville that provided two free books for each child, and they plan to provide similar events in Southern Indiana.

“Addie loved to read, and we read to the kids every night,” Matt said. “It was a big part of our lives. Getting books in the hands of early readers is important, and we want to make sure parents know how important it is to read to kids.”

“No. 1, it’s just a special time, and looking back on that special time we had with our own kids, it was the best,” Matt said. “I would read to Addie, and Lauren would read to Baylor, and it was the one thing I could never say no to — she would ask, ‘Daddy, could we read another book,’ and the answer was always yes. It was just precious, quality time that I look back on and cherish.”

The foundation has also used $50,000 in funding to support library renovations at Notre Dame Academy in Louisville, where Addie attended school.

Brian Hampton, owner of Floyd County Brewing Company and The Enchanted Forest Live, said the lineup for this weekend’s festival includes artists who have played at large concerts and festivals such as Waterfront Wednesday, and he emphasized that they play original music.

“It’s not going to be like hearing from three cover bands back-to-back,” he said. “You’re going to hear something new.”

In addition to listening to local music, attendees can enjoy food and drinks, including craft beer from Floyd County Brewing Company.

“We make our own beer, and that is a creative thing in of itself, and there’s a lot of synergy with craft beer and original music,” Hampton said.

In the past couple of years, the Brouhaha Indie Rock Festival has supported the Southern Indiana Animal Rescue, Hampton said. He is friends with an aunt and uncle of Addie and Baylor, and he wanted to contribute to the foundation at this year’s event as he became familiar with its work in the community.

Family members involved with the foundation will be at the door collecting ticket money, and they will show slideshows of Addie and Baylor.

Matt expressed his gratitude for the community support of the foundation.

“We’re amazed how generous people have been to us, especially to the foundation,” Matt said. “It makes us know that right now, we’re doing the right thing and going in the right direction.”