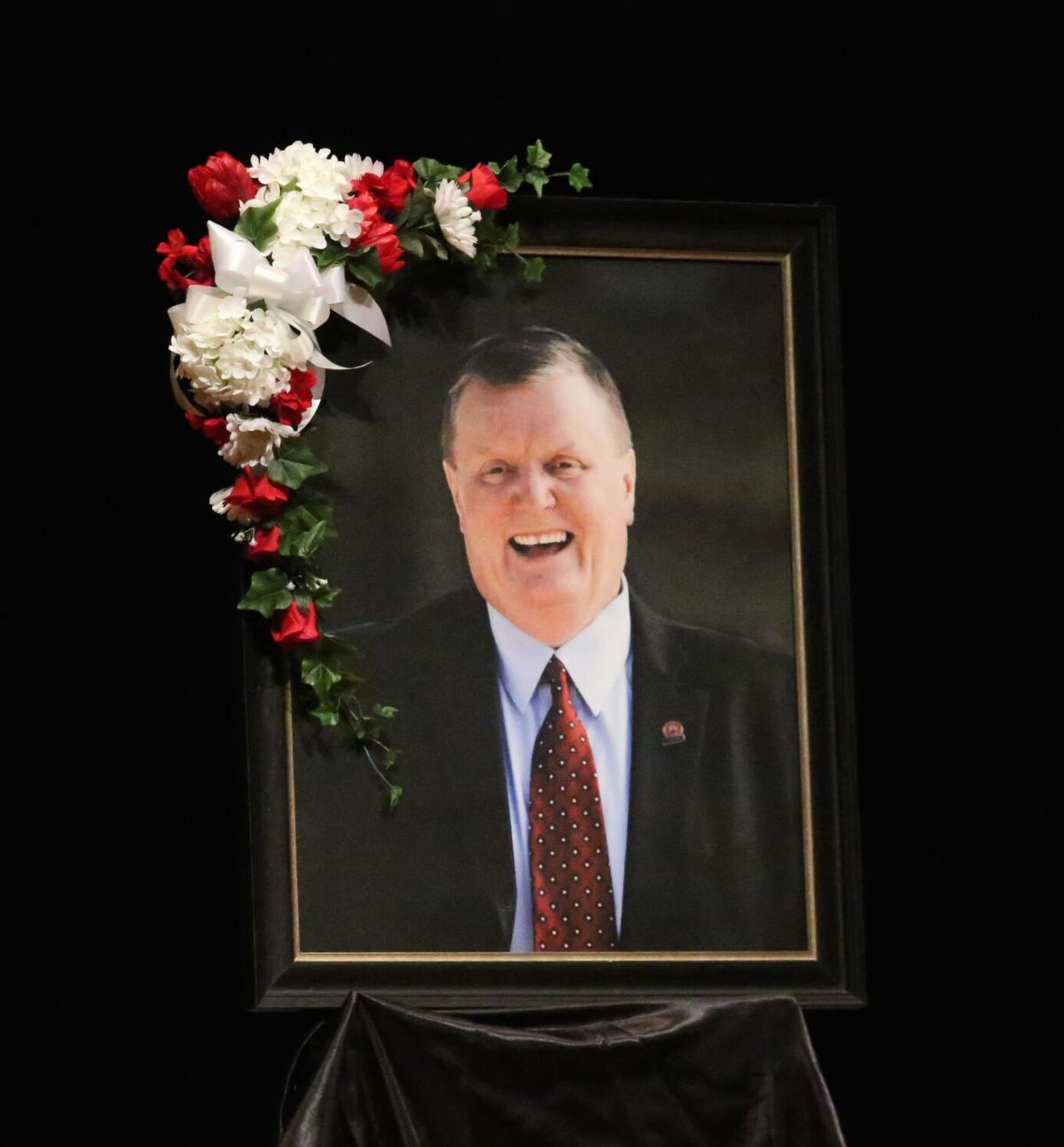 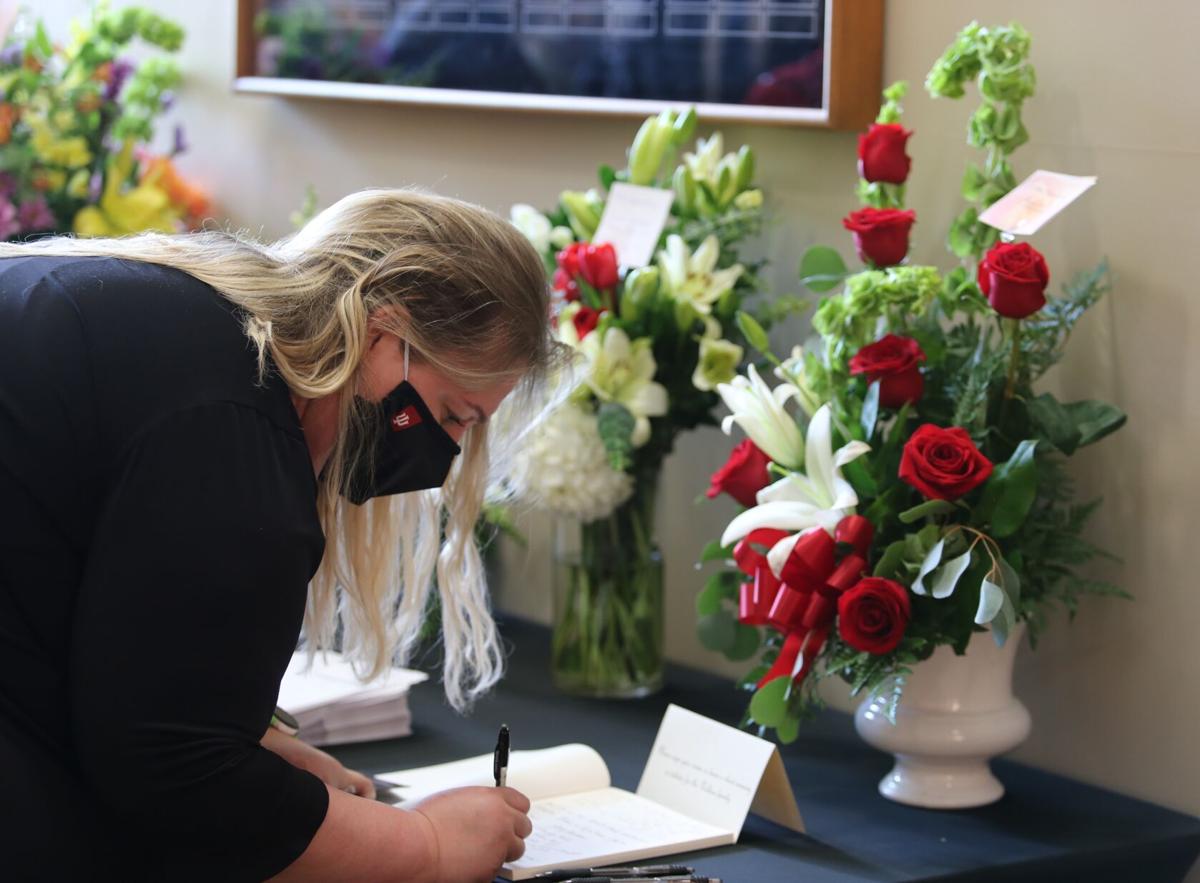 A memory book was available for guests to sign at the memorial celebration for Ray Wallace in Paul W. Ogle Cultural and Community Center. 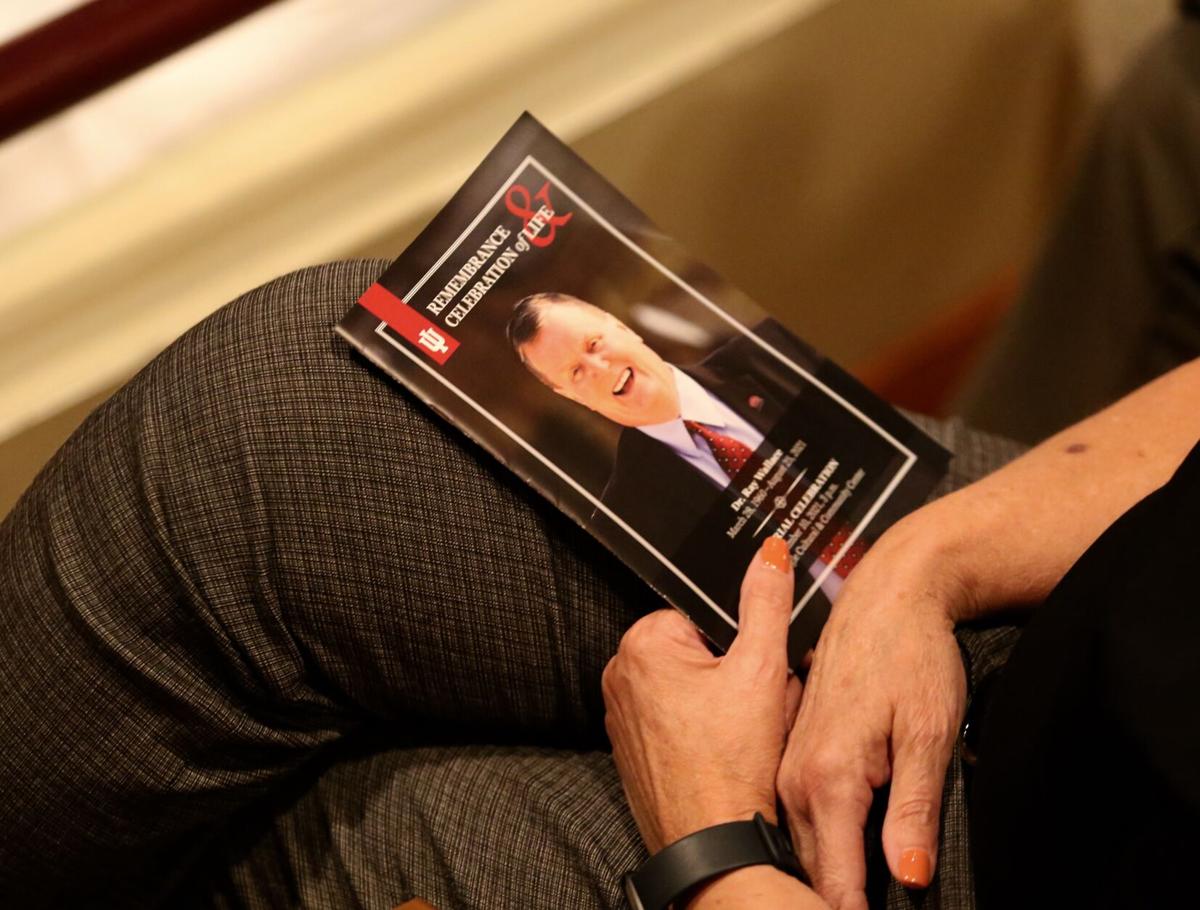 About 150 people gathered on Friday to remember and celebrate the life of Ray Wallace.

A memory book was available for guests to sign at the memorial celebration for Ray Wallace in Paul W. Ogle Cultural and Community Center.

About 150 people gathered on Friday to remember and celebrate the life of Ray Wallace.

NEW ALBANY — “Ray Wallace left no boxes unchecked. He lived a full life in every regard,” Dana Wavle said of his late colleague and friend at the chancellor’s memorial celebration on Friday.

About 150 people gathered in the Paul W. Ogle Cultural and Community Center, and more joined virtually, to remember and celebrate Ray Wallace, who had been chancellor at Indiana University Southeast for seven years.

Individuals from the administration, alumni and Indiana State Senator Ron Grooms each spoke about Wallace, describing his joyful disposition and sharing funny memories.

Alumnus Matthew McClellan spoke about how Wallace did not just talk about how he cared for the IUS community, but he acted like it.

“He knew that passion combined with words was the ultimate way to do things,” McClellan said, “Chancellor Wallace was full of passion for anyone he met.”

“If we as people would take the time everyday to wake up and choose to be champions for each other, to chose to dare to live with the passion that Ray Wallace had for every person in this community and on this campus, then I can’t even begin to imagine how beautiful of a world we would live in,” McClellan said.

Vice Chancellor for Advancement Betty Russo shared words from Wallace’s brother, Desmond Wallace, who was unable to be at the memorial.

“I know that my brother was really delighted and proud when he became chancellor at Indiana. I’m sure that he felt that he had made the best move of his career and that IUS would represent the pinnacle of that career,” Desmond Wallace wrote.

A common theme shared among the speakers was how Wallace never wanted to talk about himself, even in the days leading up to his death, and instead chose to focus on the well-being of those he was speaking to.

“When we spoke last, around the week before his death, Ray was certainly quite loved. However, as was typical of him, he managed to play down the seriousness of his condition, so his passing was a great shock to us here in Northern Ireland,” Russo said on behalf of Desmond Wallace.

As everyone filed out of the auditorium, they hugged and reminded each other how proud Wallace would have been of an event like this and having everyone together.

“He would be tickled to know we are here together today to talk solely about him,” said Kelly Ryan, executive vice chancellor for academic affairs, at the beginning of her speech.

After the memorial, students remembered his sense of humor, how personable he was, how he always made an effort to talk to them even if he had somewhere to be and how he remembered who they were.

Student Breanna Doss mentioned how Wallace always made it well known that he was a first generation college student, and since she is as well, it meant a lot to hear him talk about it as a person in a position of power.

The memorial celebration began with a member of the Louisville Pipe Band playing Amazing Grace. Later in the memorial, they played Danny Boy at the request of his wife, Susan.