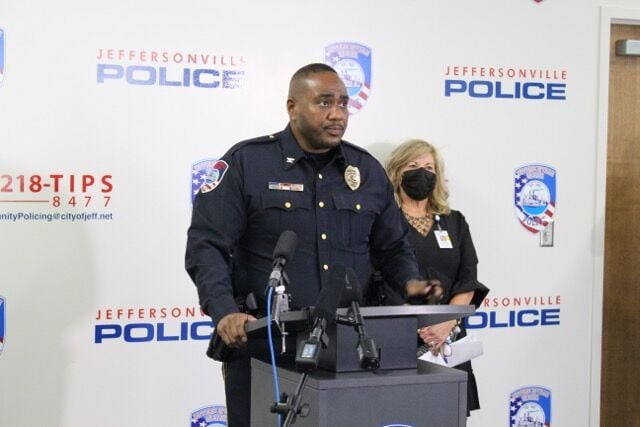 Jeffersonville Police Chief Kenny Kavanaugh talks to media Tuesday regarding a partnership between the department and LifeSpring Health Systems to better address the growing opioid use in the city. 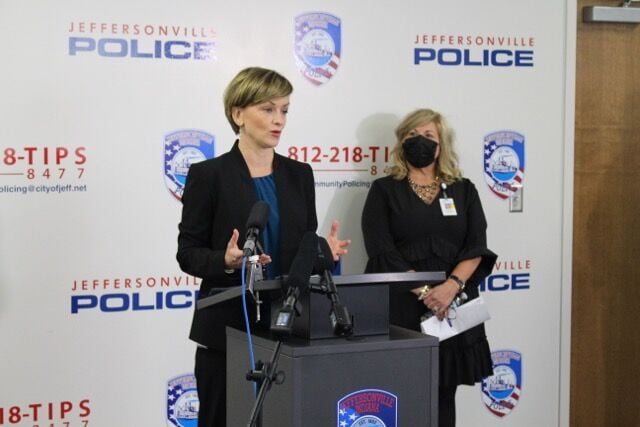 Beth Keeney, director of Community Health at LifeSpring Health Systems, speaks on the new partnership with the Jeffersonville Police Department to respond to people with addiction or mental health issues. 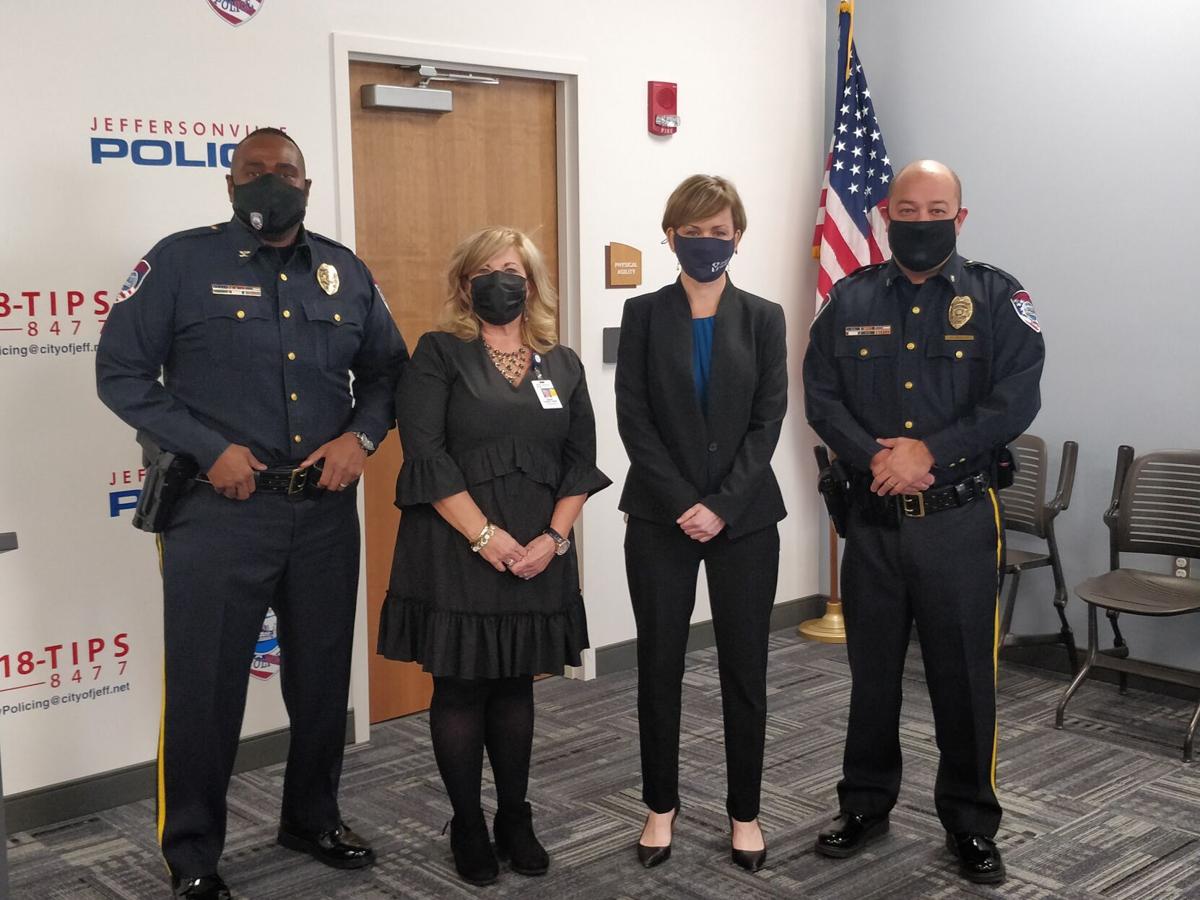 Jeffersonville Police Chief Kenny Kavanaugh talks to media Tuesday regarding a partnership between the department and LifeSpring Health Systems to better address the growing opioid use in the city.

Beth Keeney, director of Community Health at LifeSpring Health Systems, speaks on the new partnership with the Jeffersonville Police Department to respond to people with addiction or mental health issues.

JEFFERSONVILLE — Jeffersonville police and LifeSpring Health Systems are partnering to provide more robust resources to people in the community in need of help for addiction issues, the groups announced Tuesday.

The organizations will be awarded a more than $750,000 grant over the next three years to hire four social workers and peer recovery specialists to work alongside officers attending to calls related to substance abuse. The funding comes from the Department of Justice Comprehensive Opioid, Stimulant, and Substance Abuse Site-based program.

While the details are still being finalized on how it will look in play, the new program will involve bolstering the support officers are able to provide during these interactions, as the prevalence of opioid use continues to rise in the community.

“Generally if it’s healthcare that’s needed, that patient would go to medical services,” McVoy said. “Then it just kind of seems to stop at that point. No additional services, no additional resources, no one other than that officer or the family in some cases to have additional information to get their loved one treatment.”

The new program, expected to be up and running in spring, is modeled off of the Quick Response Team in Huntington., W. Va., one of the hardest hit spots in the U.S. for the opioid crisis.

“What happens oftentimes is that people find themselves in a place of crisis and they need help immediately,” said Beth Keeney, senior vice president of Community Health at LifeSpring. “And it really takes a specialized skill set — social workers and peer support staff have to be able to get that access whether it’s 3 in the morning or 12 on a Saturday afternoon.

“We are so excited to finally be able to announce this collaboration. We’ll be working diligently to make sure that the program is successful.”

Resources will include getting people access to the opioid overdose reversal drug naloxone or Narcan and being able to link them to other important healthcare services such as infectious disease testing and recovery options.

Keeney said that while the program itself may be new to Jeffersonville, the collaboration between the police department and LifeSpring is not. She said when she and LifeSpring senior director of forensics Denise Poukish called and told police department leaders of the potential funding opportunity and asked what they thought, “there was no hesitation,” Keeney said. “They really jumped right on it and were very supportive of the idea and really embraced the concept of this new community-based collaboration.

“You don’t always find that type of enthusiasm for this type of system integration so I really want to thank the Jeffersonville police department for their leadership here in the community.”

“We’re going to encounter situations related to domestic violence, with substance abuse or someone with mental health services,” Kavanaugh said. “After we make that scene secure, we’re going to be able to reach out and bring someone in from LifeSpring Health.”

“As police officers...it seems to be we’re making a referral or we’re giving someone a business card, we’re trying to point them in that direction. By utilizing this partnership with the grant, we’re doing more than giving a referral, we’re bringing someone right there to the scene to be able to hand walk them to the program, to get them in the direction where they need to be.

“So for us, this is huge in Jeffersonville.”