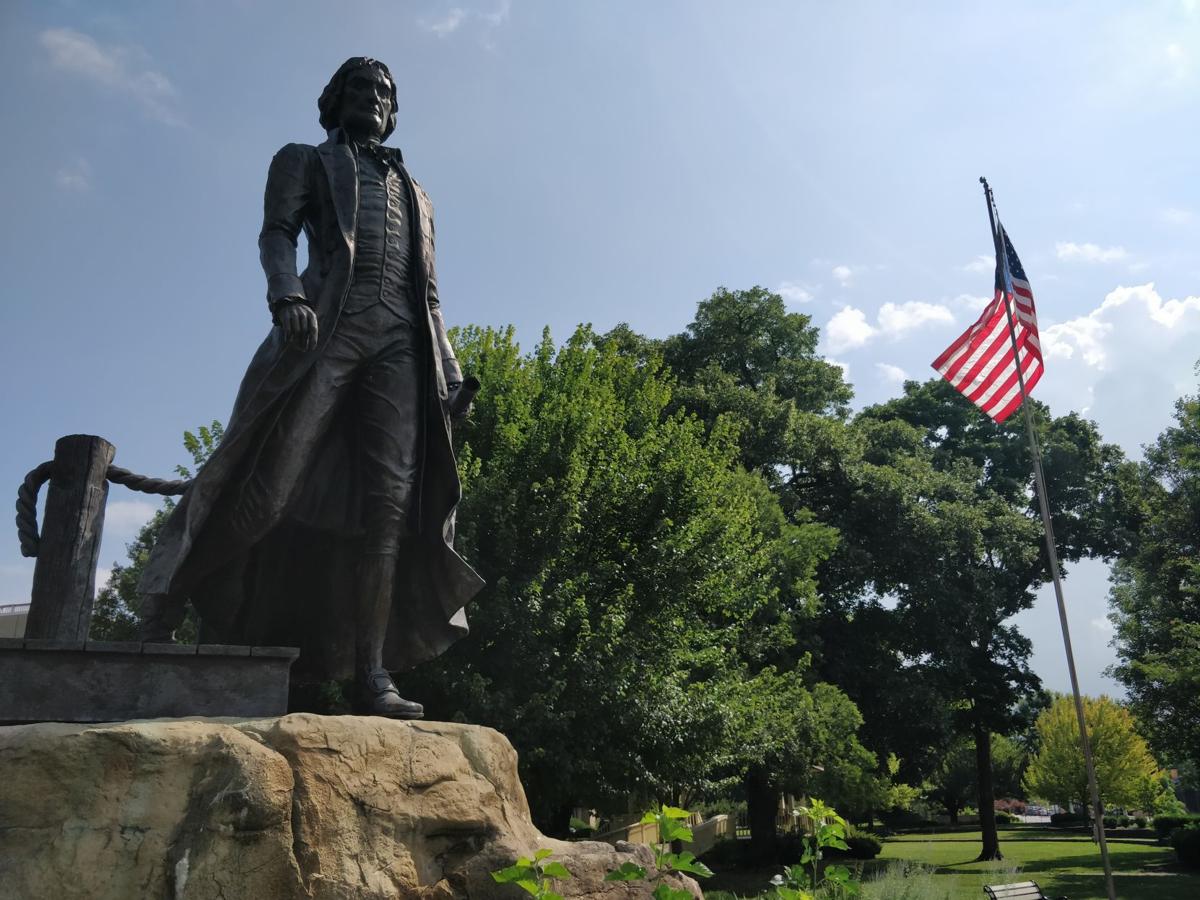 Some Jeffersonville residents are debating whether a statue of Thomas Jefferson should be removed from Warder Park downtown. 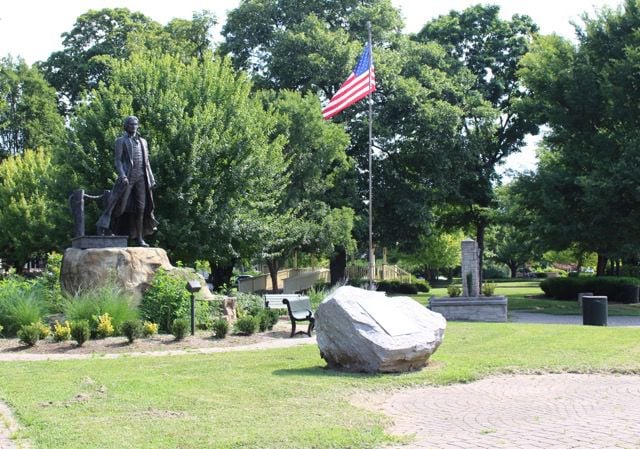 A statue of Thomas Jefferson was erected in downtown Jeffersonville about 15 years ago. Some residents are calling for its removal because Jefferson owned slaves. 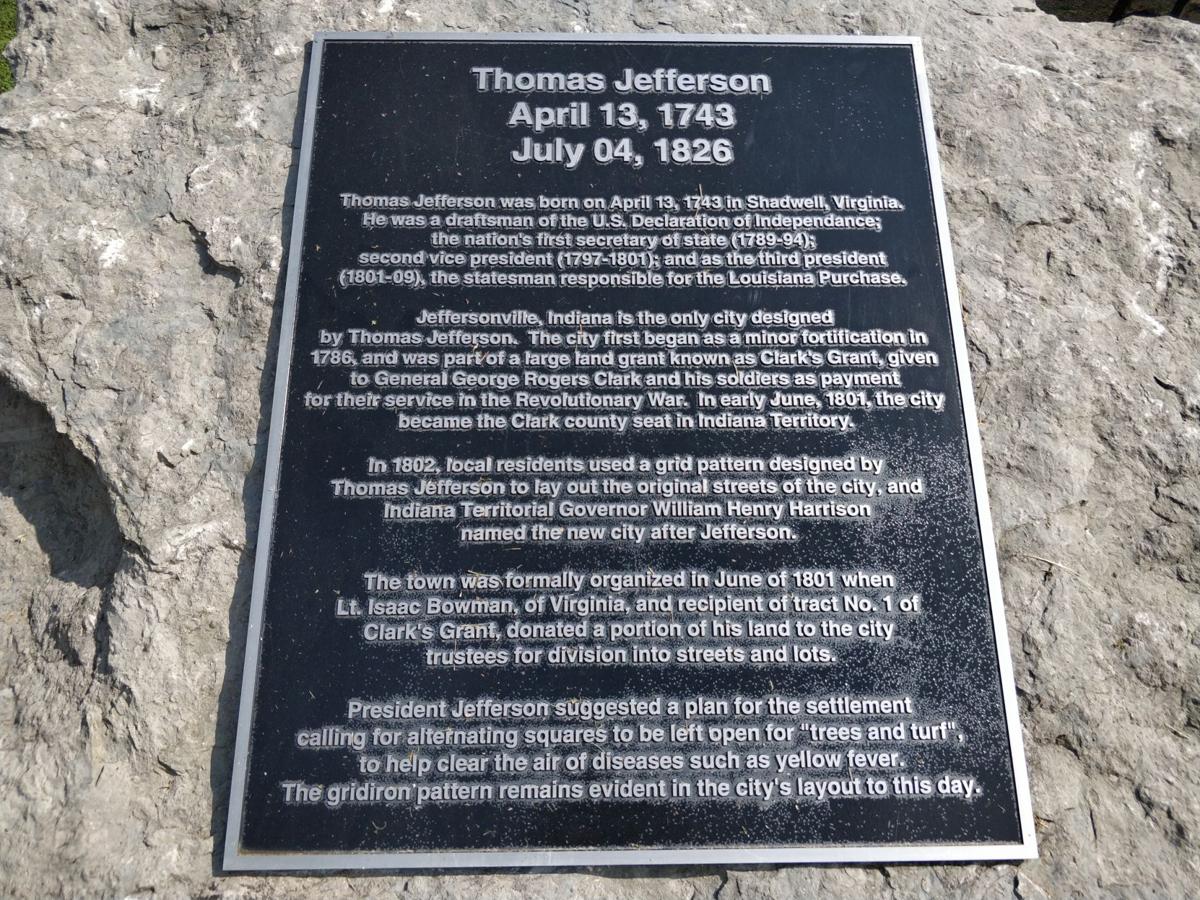 Some Jeffersonville residents are debating whether a statue of Thomas Jefferson should be removed from Warder Park downtown.

A statue of Thomas Jefferson was erected in downtown Jeffersonville about 15 years ago. Some residents are calling for its removal because Jefferson owned slaves.

JEFFERSONVILLE — A debate is brewing in Jeffersonville as to whether a statue of Thomas Jefferson should be removed from a public park downtown.

Jeffersonville City Councilman Ron Ellis posed the question Wednesday on social media, asking residents their thoughts on the statue, which was installed in Warder Park on Court Avenue about 15 years ago.

The discussion comes as some statues, monuments and what some say are symbols of racial and ethnic oppression and injustice are taken down or modified across the U.S. as demonstrators make themselves heard. Ellis said he was asked by several constituents: what about the Jefferson statue?

“Should it be removed or left alone?” he asked online Wednesday. As of Friday afternoon, his post had garnered more than 200 comments across the board, debating the moral character of a man who served as President, authored the Declaration of Independence, is the namesake of the city and was known to own slaves — at least one of whom was a teenager when he fathered her children.

While some said that Jefferson’s contributions outweighed his flaws, others said it was an offense to have the man’s likeness on display in their city.

“I don’t ever want to see a statue of a human that owned other humans out in public space,” one commenter said. “Put it in a museum. These people OWNED other human beings.”

Others pointed out that he lived during a different time and said should be judged in the context of that.

“...How can you judge men from past history by today’s standards?” one person wrote. “How many of you want your deeds judged by future generations? Let those without sin cast the first stone!”

Councilman Ellis said he would listen to what the people said and use that to determine how to proceed, saying he expected to share the information with other city leaders in the future.

Ellis said he had been against the statue when it was first erected, but mainly because he did not want a change to the park he grew up with and loved. On Friday, he said he did not see the public value in it, and that it would be better placed elsewhere than a community park.

“Yes, he was one of the founders of the country,” Ellis said. “But when you’ve been basically a child molester, when he had slaves that he kept in a basement room and he had children by the slaves, that he didn’t promote their education and denied for as long as he did...he’s just not my historical figure. He’s not my hero.”

Jefferson is reported to have been in a relationship with Sally Hemings, a slave at his home, after his wife died. He fathered several of her children when she was a teenager.

“She could have had no choice in saying no,” resident Lisa Ellis Hall said in an interview. “Since Sally was his slave, there is definitely a valid point that she was raped and it was not something that she had the choice to agree to or not.”

Hall observed that about 95% of the people of color who were commenting on the post were in favor of removing the statue. She said if that is indicative of the sentiment among the wider Black community in Jeffersonville, “I think that’s significant,” she said. “I think that’s something we should be listening to, if that is the case.

“I do think that there should be more discussion and a true representation of how the city feels.”

Clark County Historian Jeanne Burke said it’s important to keep the history alive — even the dark parts — to learn from.

“It’s really important to show the bad as well as the good,” she said. “Because people are by nature are imperfect and they’re inclined to do evil. But when they do good, it’s wonderful.

“Everybody has good in them and it’s the good that should be celebrated. Yes, you talk about the bad, but you celebrate the good.”

“I certainly recognize that Jefferson, as all of us, has his flaws,” Jamie Eiler said. “On the other hand, people should be recognized for their good as well as considered for their mistakes, but the object is that we strive to imitate the better and avoid the worst.”

But Dayna Overton, a Jeffersonville native who now lives in Northern Indiana, said he doesn’t see it that way.

“Then let’s put up a statue of the 9/11 terrorists and we’re going to look at their good qualities,” he said. “We’re going to focus on the positive.”

He offered his thoughts on what it means for a statue like Jefferson’s or those of Confederate soldiers to come down. “What it’s going to change is that we don’t have to walk outside and see a man who oppressed us, who killed us, who raped our wives and daughters — with a statue,” Overton said. “A statue to me is an honor.”

He said a lot of people get fixated on slavery, but that there’s a lot more to it. His mother grew up under Jim Crow laws. Members of his family had their land taken away because of the color of their skin.

But he hopes what’s been seen across the U.S. in recent months with demonstrations demanding racial justice and equality has led to the beginning of some real change.

“The older generation were not as rowdy as taking these statutes down,” he said. “In the ‘50s and ‘60s, a lot of African Americans just had to tolerate it.

“We’re in a climate now that I think a lot of things are coming to the surface.”

72 years of age passed away August 9, 2020 in New Albany, IN. She was born March 15, 1948 to the late Charles and Mary Lucile Kaufer in New Albany. Joyce retired from SR Wood, Inc. in Jeffersonville, IN and was a member of Holy Family Catholic Church in New Albany. Along with her parents she…