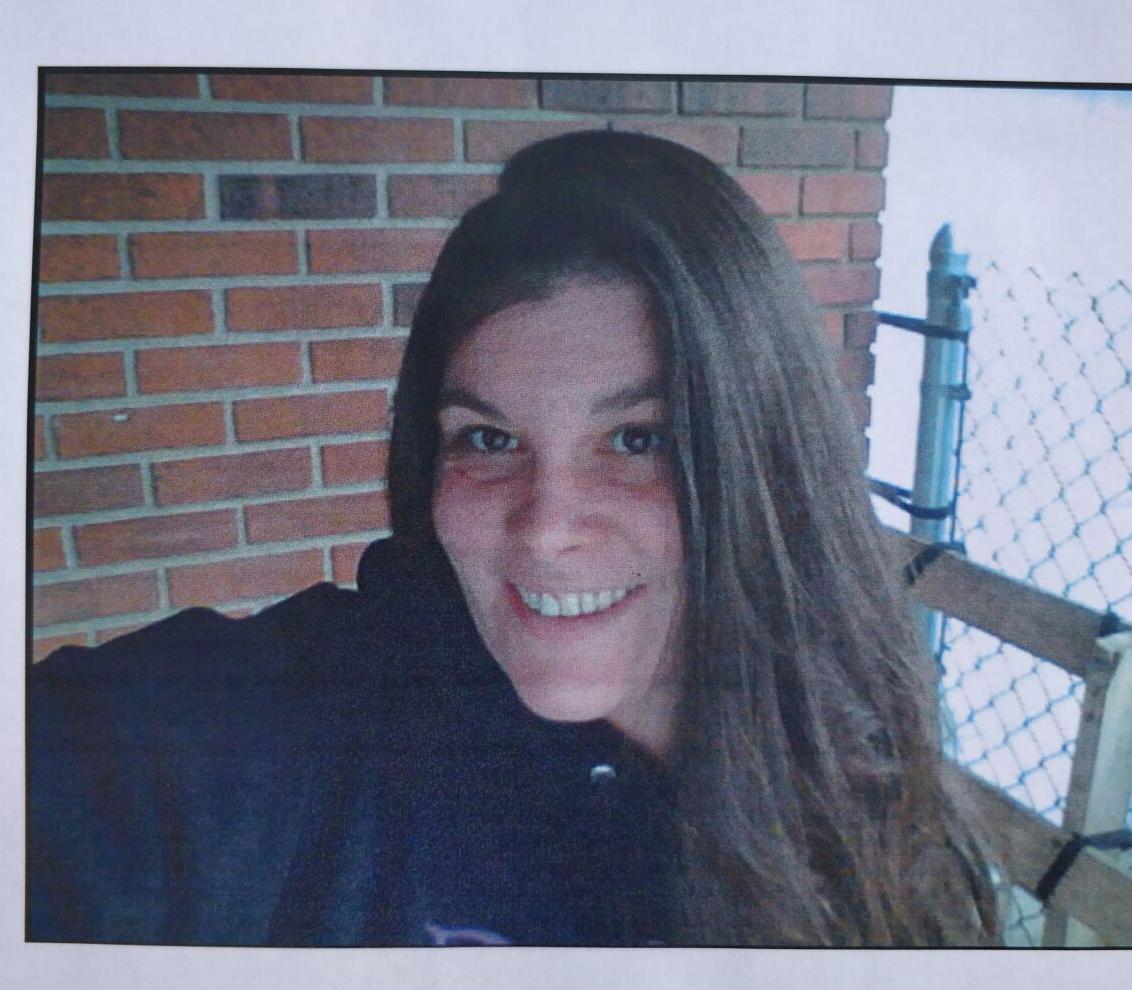 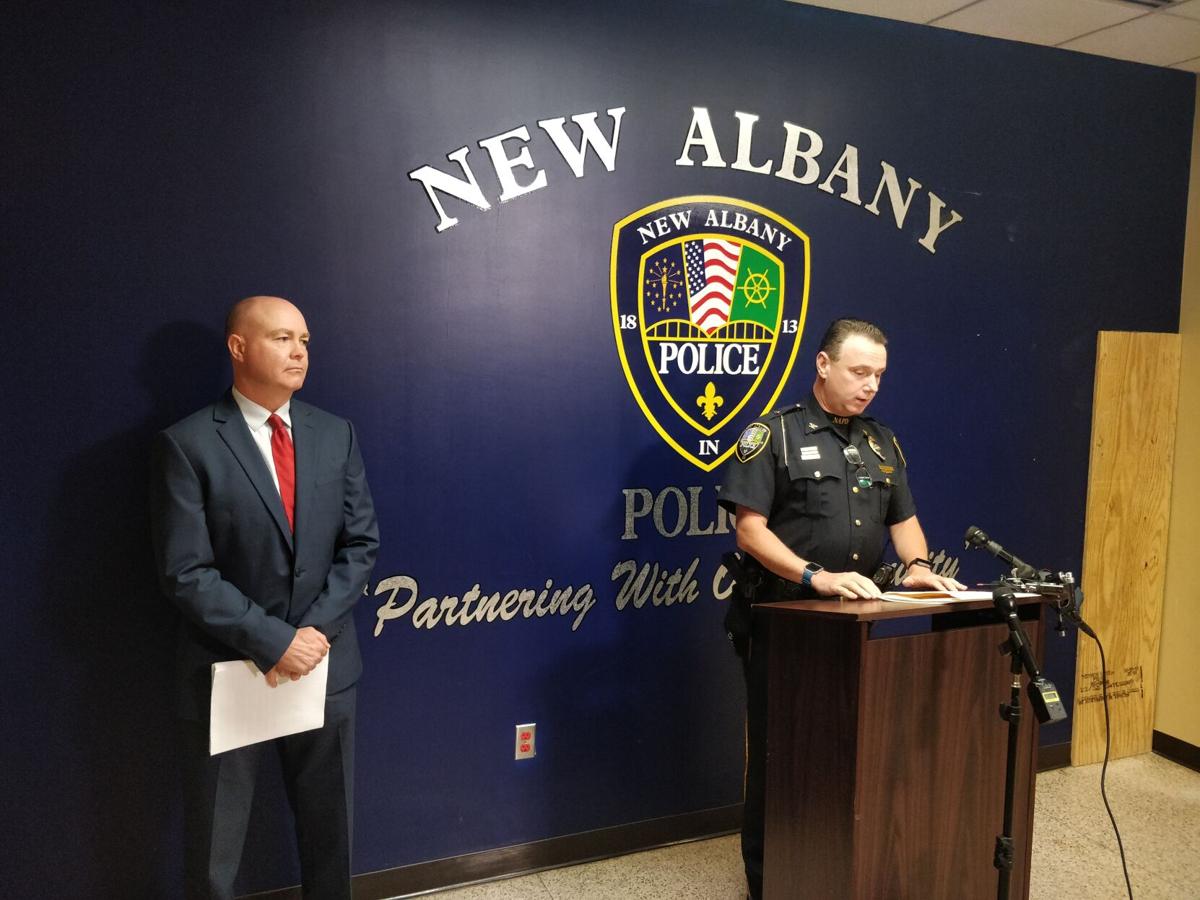 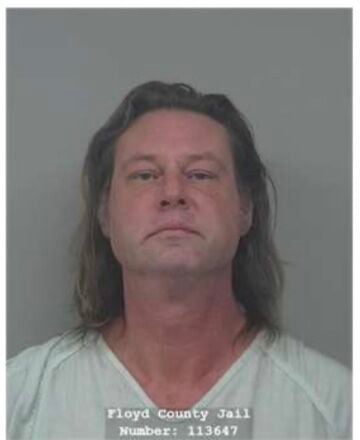 NEW ALBANY — Just hours after Judson Hoover was charged with the murder of his wife, 38-year-old Rebecca Hoover, he walked into a Floyd County courtroom for an initial appearance — and pleaded guilty to killing her.

Judson Hoover, 50, was charged with one count of murder in the Aug. 2 death of his wife, New Albany Police Chief Todd Bailey and Floyd County Prosecutor Chris Lane announced during a Thursday morning news conference. Her body was found Monday in a storage unit rented by the defendant after she was reported missing more than three weeks earlier. Her husband was arrested that day.

The plea comes one day after Hoover and his attorney, George Streib, met with investigators, to whom Hoover confessed he had killed his wife, a fact that wasn’t made public until the hearing.

At the hearing, Floyd County Deputy Prosecutor Evan Bardach asked Hoover to recount specifics of the homicide for the record, which the defendant initially said he did not want to go over again.

Bardach asked if he had killed his wife by stomping her head repeatedly, but Hoover indicated he believed she had died from strangulation. He said he wanted to proceed with the plea to prevent one of their children, who witnessed the killing, from having to testify during a trial.

He admitted to initially placing her body in the garage of the home because he “didn’t know what to do,” and later moving the body inside a 55-gallon drum to a storage unit.

At the news conference earlier Thursday, Chief Bailey said Rebecca Hoover’s disappearance had been reported by her mother Aug. 5, which had prompted police to search the couple’s St. Joseph Road home without finding her. The investigation ramped up after police received new information Aug. 27.

“Our criminal investigators were alerted that Mrs. Hoover’s disappearance may very well have been criminal in nature,” Bailey said. “Based on the information, our investigators put everything into high gear uncovering the facts of this case.”

Court records show that on Aug. 27, one of the couple’s children had reported to school officials seeing Hoover kill their mother in the basement of their home on St. Joseph Road in New Albany earlier that month. Police made contact with the victim’s mother, who said neither she nor Rebecca Hoover’s friends had heard from her since Aug. 2 and that there had been no activity on her social media accounts during that time.

Investigators spoke with Judson Hoover later in the day on Aug. 27, when he went to pick up the children from school; he and his attorney gave consent to search the family’s residence and cars.

In the home, police found what appeared to be blood spatter at the bottom of the basement stairs. Further investigation led them to a storage unit on Mount Tabor Road that had been rented by Hoover. A cadaver dog indicated inside the unit.

According to court records, surveillance footage showed Hoover move what appeared to be a body into that unit on Aug. 4, and a missing person’s report showed police initially went to the Hoover home to follow up on Aug. 5.

Footage also showed Hoover move the large drum from that unit on Aug. 28. Several days later on Aug. 31, police executed a search warrant on a second unit rented by the defendant, this one on Strawberry Lane in Louisville, where they found the victim’s body inside the drum.

Autopsy results showed she died from blunt force trauma to the head and torso, consistent with the witness report that she had been struck in the head multiple times with Judson’s foot and in the stomach with a weapon. Information was also released during the plea hearing that Judson Hoover had mutilated the body; he said in court he did not recall this.

During the news conference, Prosecutor Lane and Chief Bailey both expressed their condolences to the family for Rebecca’s death.

“The city of New Albany and the New Albany Police Department offer condolences to the family of Rebecca Hoover,” Bailey said.

Lane also commended the police department on their fast and efficient work.

“The New Albany Police Department did a truly outstanding job in this case,” Lane said. “I am profoundly sad for the family of Rebecca Hoover.”

Both defense attorney Streib and Prosecutor Lane declined to comment following the hearing.

This isn’t the first instance of domestic violence; Judson Hoover was charged April 7 with a level 6 felony for domestic battery in the presence of a minor and a level 6 felony for strangulation. In that case, which is still pending in Floyd County, court records show Rebecca Hoover had been trying to get him to leave the house when he knocked her to the ground and kicked her in the head, neck and face 15 to 20 times, using his foot to apply pressure to her neck.

One of the children had sought help at a neighbor’s house.

A Floyd County warrant was issued April 13 for Judson Hoover in that case; he was arrested April 17 and released April 18 after paying 10% of a $10,000 bond. A pretrial conference on those charges is scheduled for Sept. 22.

There was previously a no contact order against Judson Hoover in that case; however, no order was in place at the time of Rebecca Hoover’s death.

According to the missing person’s report, Rebecca Hoover’s mother had also noted an abusive relationship.

Court records also show Judson Hoover filed a petition for divorce Aug. 3 and that Rebecca Hoover failed to attend the first hearing Aug. 21. The court granted custody of the children and temporary possession of the couple’s home to Judson Hoover in accordance with a provisional order he had filed the day of the divorce petition.

Floyd County Superior Court No. 1 Judge Susan Orth will take the blind plea under consideration; the charge could carry between 45 and 65 years in prison, with an advisory of 55. A sentencing hearing is set for Oct. 2.