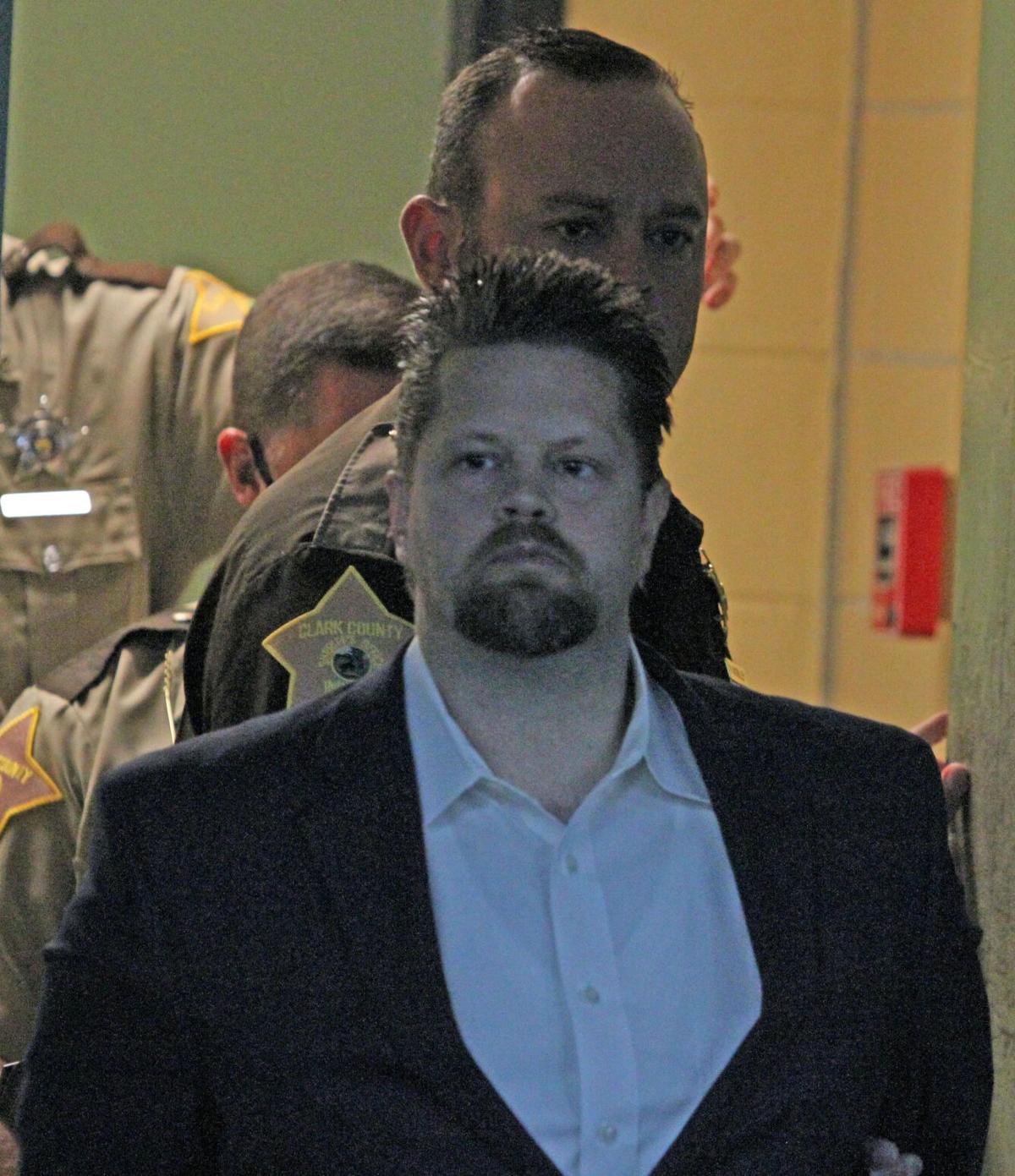 Joseph A. Oberhansley is led to the Clark County Jail Friday afternoon after being found guilty of murder and burglary in the 2014 death of 46-year-old Tammy Jo Blanton. 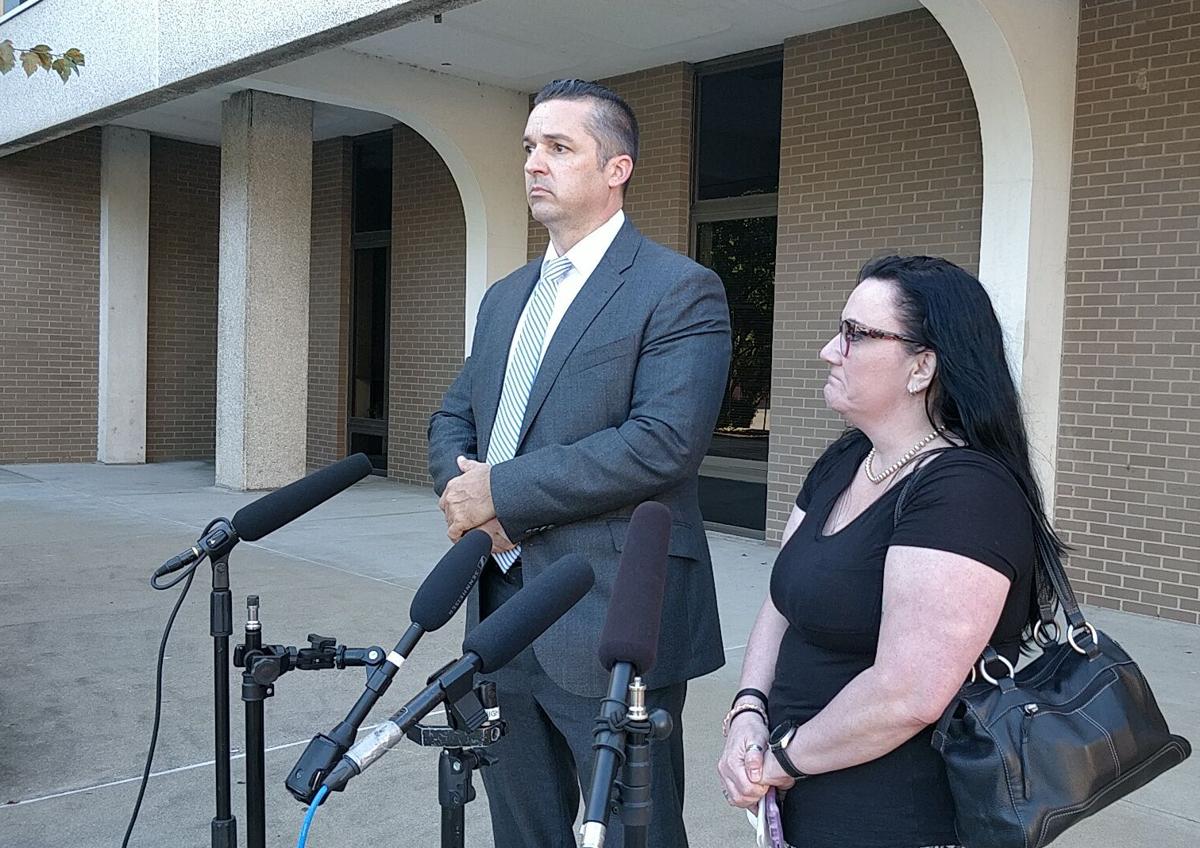 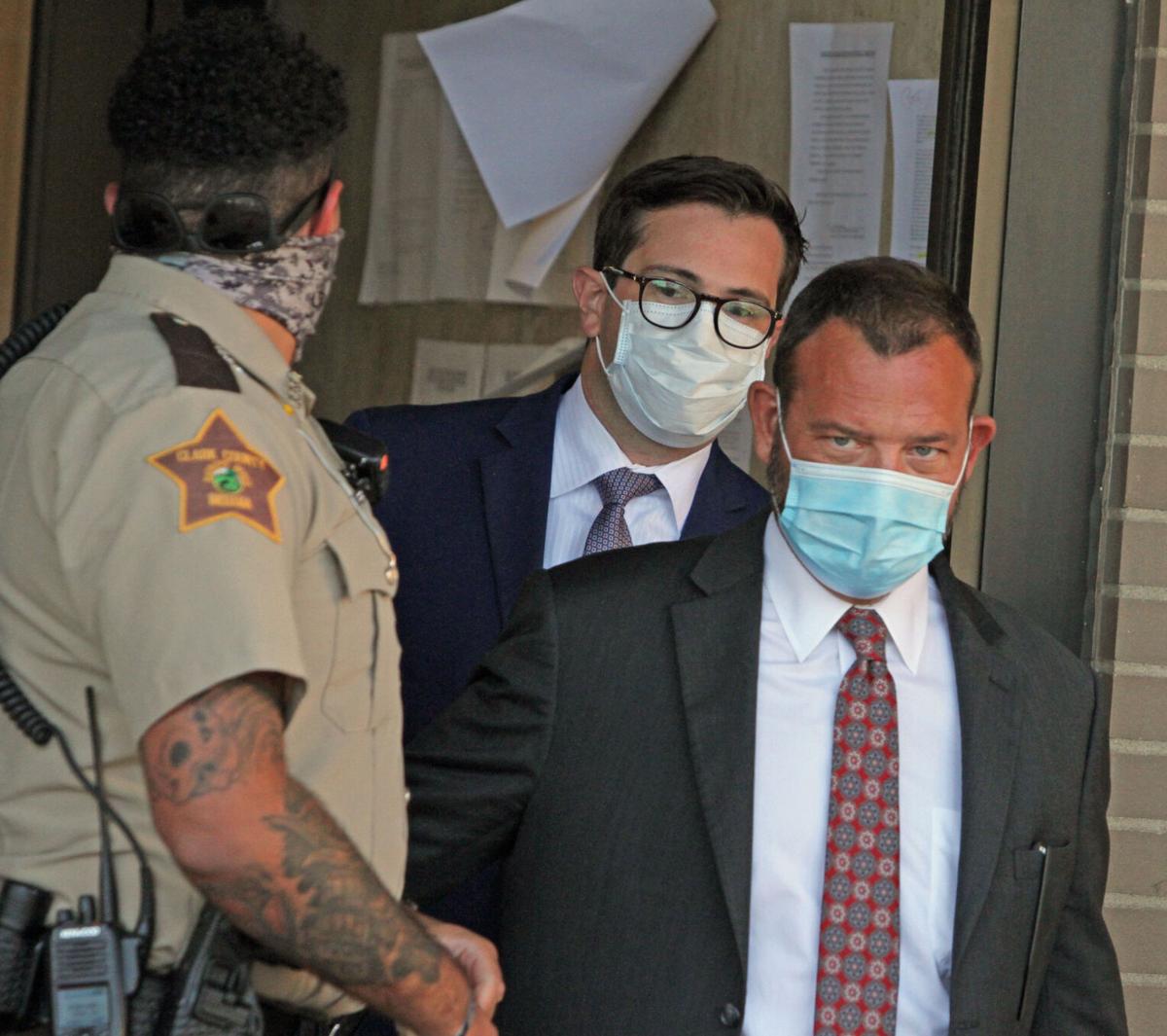 Joseph A. Oberhansley is led to the Clark County Jail Friday afternoon after being found guilty of murder and burglary in the 2014 death of 46-year-old Tammy Jo Blanton.

JEFFERSONVILLE — Six years after Tammy Jo Blanton was found mutilated in her Jeffersonville home, Joseph Oberhansley has been found guilty of her murder.

Just after 5 p.m. Friday and after roughly five hours of deliberation, a jury returned guilty verdicts for the murder and the level 4 felony charge for burglary. Oberhansley, 39, was acquitted of the level 3 felony for rape.

“It’s been a long time coming,” Sabrina Hall, Blanton’s best friend told reporters after the verdict. “I need to take it all in.”

The five full days of testimony included 17 state’s witnesses — the victim’s friends, officers who responded and investigated, the pathologist who performed Blanton’s autopsy and a forensic analyst with the Indiana State Police crime lab.

The defense only had one witness — Oberhansley himself, who testified Thursday to his innocence.

It was the second time the case has gone to trial, although the first in which a verdict was reached. In August 2019, a mistrial was called on the first day of testimony after a witness misspoke on the stand. Before and after that, there were multiple delays when Oberhansley was found to be incompetent for trial and sent to a state hospital for restoration.

He originally faced the death penalty, which was withdrawn after the defendant himself requested to have his own insanity defense withdrawn. He could face life without parole.

“I told the people of Clark County many years ago that this was something that I intended to see through and to make sure this man was held accountable for his actions, [that] he was brought to justice and he was removed from the streets,” Clark County Prosecutor Jeremy Mull said after the verdict Friday. “Today that happened.

“...This has been a very long, grueling journey. It’s been a battle, it’s been a war, but today we prevailed and Joseph Oberhansey is going to be removed from the streets and the people of Indiana are going to be safe.”

The week of her death the morning of Sept. 11, 2014, Blanton had started taking hard steps to cut ties with Oberhansley, whom she’d started dating a few months prior. This was after, a friend testified, he had held her captive in her Locust Street home the previous weekend and sexually assaulted her multiple times.

That Sunday, Blanton sneaked clothes into her work bag and on Monday and Tuesday, stayed with a friend. On Wednesday, she had her father change the locks and returned to her home, texting a friend “At the end of the day, I am taking my life back,” she said in the message. “I worked too hard to get here. NO ONE WILL TAKE ME DOWN.”

Oberhansley didn’t want things to end; he texted her throughout that week trying to get her to stay. “You are my soulmate...come to me plz,” he texted, a Jeffersonville detective testified. “Come home, talk to me baby.”

But for Blanton, that relationship was over.

“That Tammy you were so lucky to know is gone,” Blanton texted Oberhansley. “You killed her.”

Just before 3 a.m. Sept. 11, Blanton called 911 saying Oberhansley was trying to kick in her back door, which she had secured with a chair.

“He’s making me very, very afraid,” she could be heard telling the 911 operator in the recording played for the jury this week. Police arrived, and Oberhansley left.

When a different set of officers responded to a welfare check seven hours later after Blanton had failed to arrive at work, they found Oberhansley at the residence, saying he hadn’t seen her. A search revealed the victim dead in the bathtub from what was later determined to be 25 or more sharp force injuries to the head, chest and torso, and so many more overlapping that the pathologist couldn’t be certain how many there actually were.

She also had blunt force trauma in multiple areas. Her mouth, nose and neck had been stabbed. Part of her skull had been cut away and large portions of her brain, heart and lung were removed.

A frying pan, dinner plate and utensils were among the items that tested positive for both Blanton’s and Oberhansley’s DNA, and the pathologist testified that a substance found on the plate was consistent with organ material.

Oberhansley was detained and questioned, at first telling police he had seen Blanton two days ago, then saying “two Black males” had killed her, and eventually saying he had kicked in the back door then the bathroom door where she was hiding, killed her and later consumed parts of her.

Oberhansley refuted that in court Thursday, when he took the stand as the only defense witness. He maintained that two men at the home had been responsible for her death and that he had been coerced into giving a false confession.

He said as much when he left the courtroom Friday after the verdict.

“I’m disappointed in the jury’s outcome,” Oberhansley said. “I did not kill Tammy Blanton. Two Black male suspects broke into the house and killed her. I did not kill her.”

When asked by news media after the verdict if he saw Oberhansley’s acquittal of the rape charge as any type of victory, defense attorney Bart Betteau said, “No, not at all. We’re very disappointed in the verdict.

Friday morning, the defense team moved to amend the jury instructions to include an option for the jury to find Oberhansley guilty of manslaughter, which Clark County Circuit Court No. 4 Judge Vicki Carmichael denied.

Betteau said that’s something they’ll pursue in the appeal they plan to file.

Betteau added that the felt Oberhansley had a fair trial and that his testimony didn’t hurt the case.

“We had a fine judge, we had a very fair prosecutor so the trial was fair,” he said. “Any failing in it was ours.

“It was always important for Joe to get his point across too. I don’t feel we were harmed in any way by Joseph testifying.”

The jury — 12 members and four alternates — was selected from Allen County over a two-day process at the start of last week. They will be sequestered over the weekend and return Monday for the sentencing.