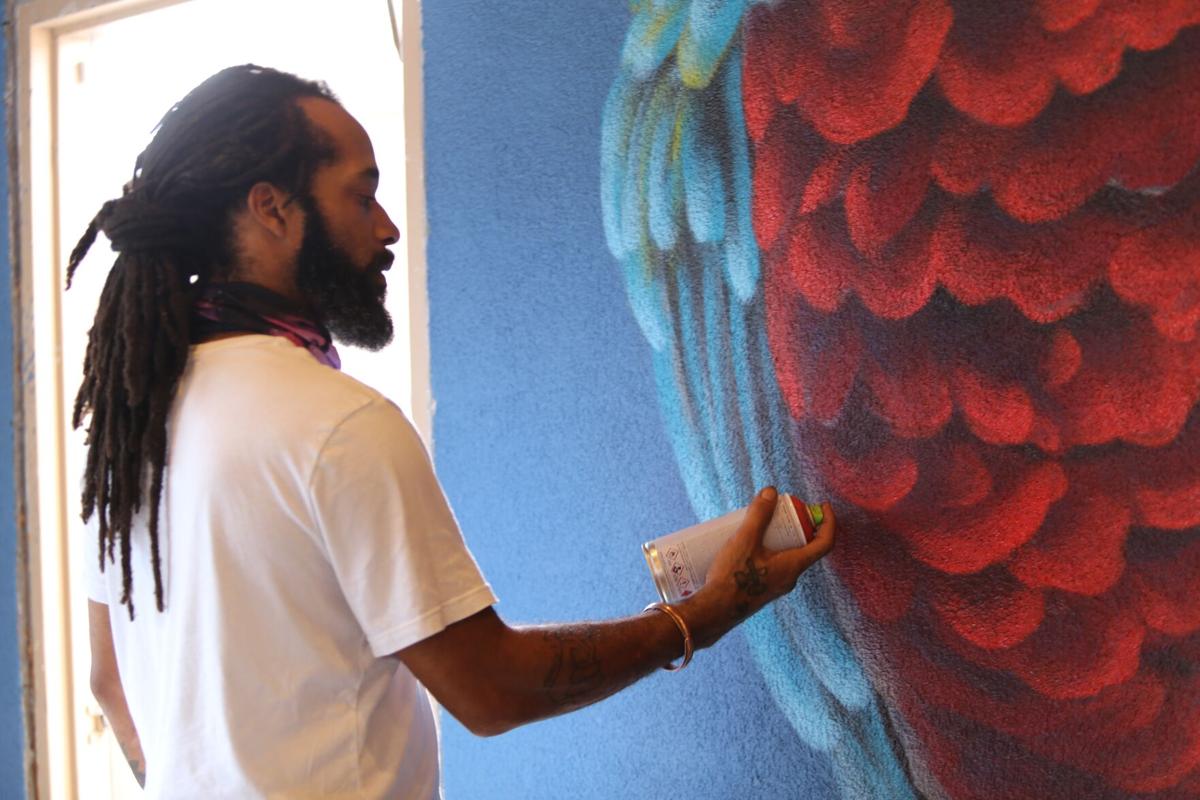 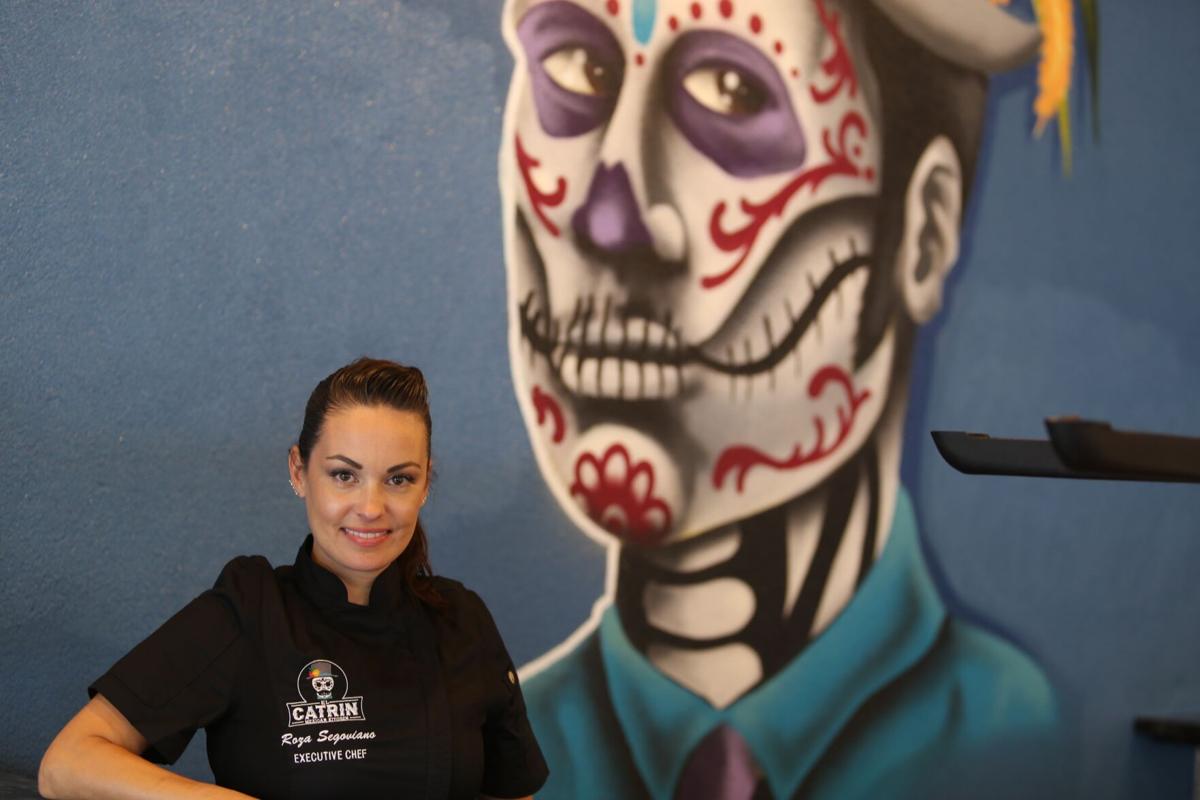 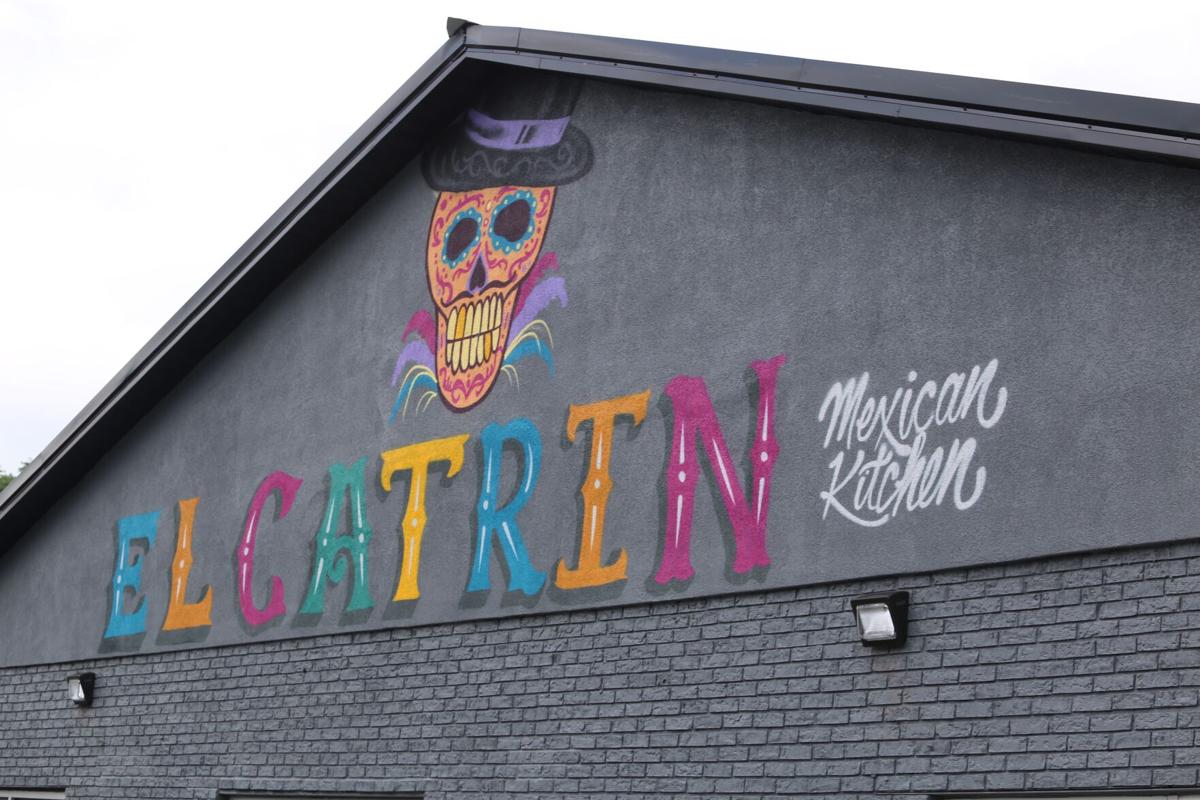 The owners of La Catrina in New Albany are preparing to open a “brother” restaurant in Sellersburg called El Catrin. The restaurant, located at 7773 Highway 311, is expected to open in early September. 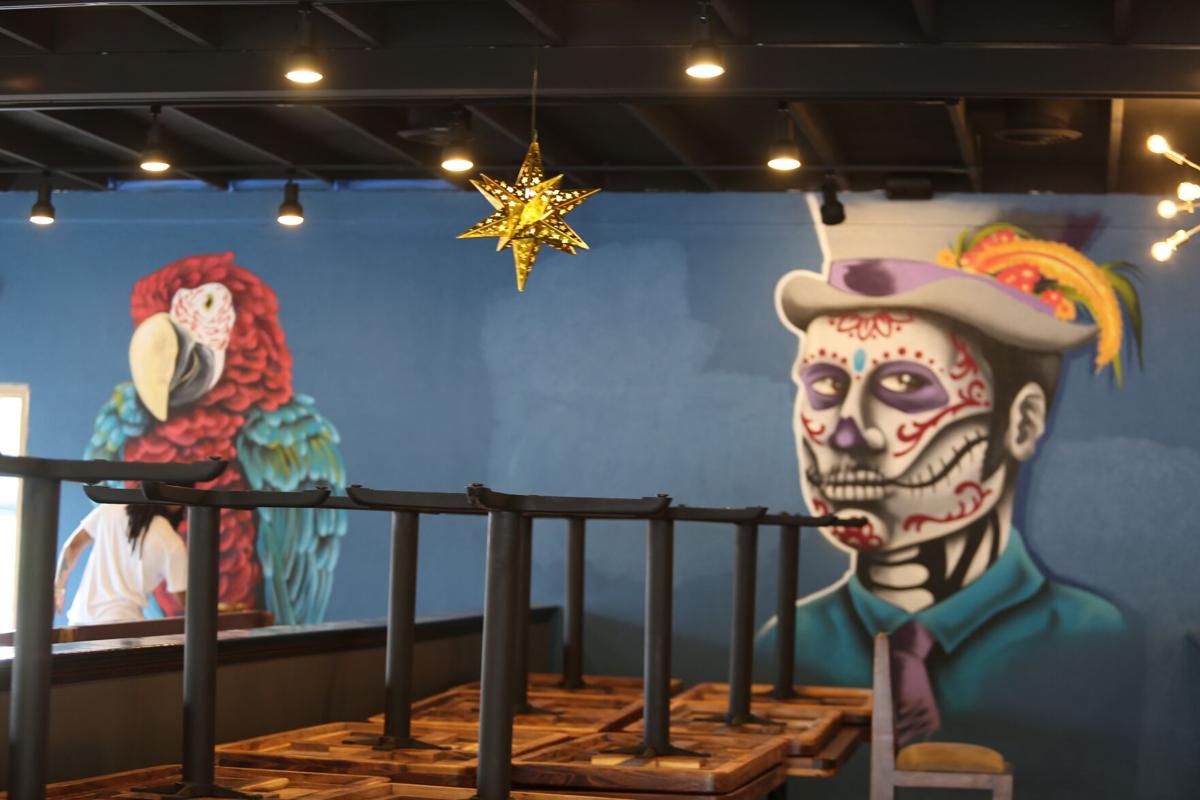 The walls of El Catrin Mexican Kitchen in Sellersburg are painted with colorful murals inspired by the Day of the Dead.

The owners of La Catrina in New Albany are preparing to open a “brother” restaurant in Sellersburg called El Catrin. The restaurant, located at 7773 Highway 311, is expected to open in early September.

The walls of El Catrin Mexican Kitchen in Sellersburg are painted with colorful murals inspired by the Day of the Dead.

SELLERSBURG — The owners of New Albany’s La Catrina Mexican Kitchen are preparing to open a “brother” restaurant in Sellersburg.

The new restaurant is expected to open in early September.

Roza, the restaurant’s executive chef, said she wanted to keep El Catrin on the same wavelength as La Catrina while expanding upon the Mexican street food concept, and the new restaurant will have a similar menu.

El Catrin will feature tacos like those served at La Catrina, but burritos and tortas will be the main focus of the menu. Roza hopes that La Catrina and El Catrin will “feed off of each other” and share customers.

“A lot of them are riffs off of what everyone likes at La Catrina and kind of our most popular tacos — we kind of riffed them into burritos or tortas,” she said. “The Mama Shrimp taco is really popular over there, so I decided to make like a po’ boy torta using that same fried shrimp and everything.”

The menu will feature authentic food that one would find at “any given street corner in Mexico,” Roza said.

“It’s sharing real, authentic Mexican food,” she said. “But since I’m from the Midwest, I’m from Ohio, I always try to make it approachable to the palate here in the Midwest, because a lot of the things I think really would appeal to people, but they’re kind of scared if they don’t recognize something.”

El Catrin will feature the same drink menu currently featured at La Catrina, which includes margaritas, beer, wine, bourbon, tequila and seasonal cocktails. As the Segovianos prepare to open the new restaurant, they are also reinventing the drink menu for the New Albany restaurant.

“I really wanted to give it the same service style, ambience and everything — we’re really shooting to recreate what’s so great about La Catrina,” she said.

The Sellersburg restaurant features garage doors that will open in nice weather, which will provide better air circulation amid the COVID-19 pandemic, she said.

They were hoping to open in April, but were delayed when the pandemic hit, Roza said.

“Sometimes you’re like, what on earth are we doing — why are we opening, because there’s just so many things up in the air?” she said. “But the ball was already rolling.”

Roza is excited to bring a new restaurant to Sellersburg — the area needed another place to eat and drink, she said.

“There’s Ivy Tech right there, and we’ve got such a great location, so when this space freed up, we were like, this is it,” she said.

La Catrina has received a positive response in downtown New Albany, Roza said, and even when the restaurant was shut down for in-person dining, they had a busy Cinco de Mayo with the carryout service.

“It’s been really nice to share what I love to eat and what I love to cook, and to see the response — it’s really heartwarming,” she said. “Downtown New Albany has just really embraced us as far as the neighbors and the community there, so I feel like we’ll probably have that same reception here in Sellersburg.”