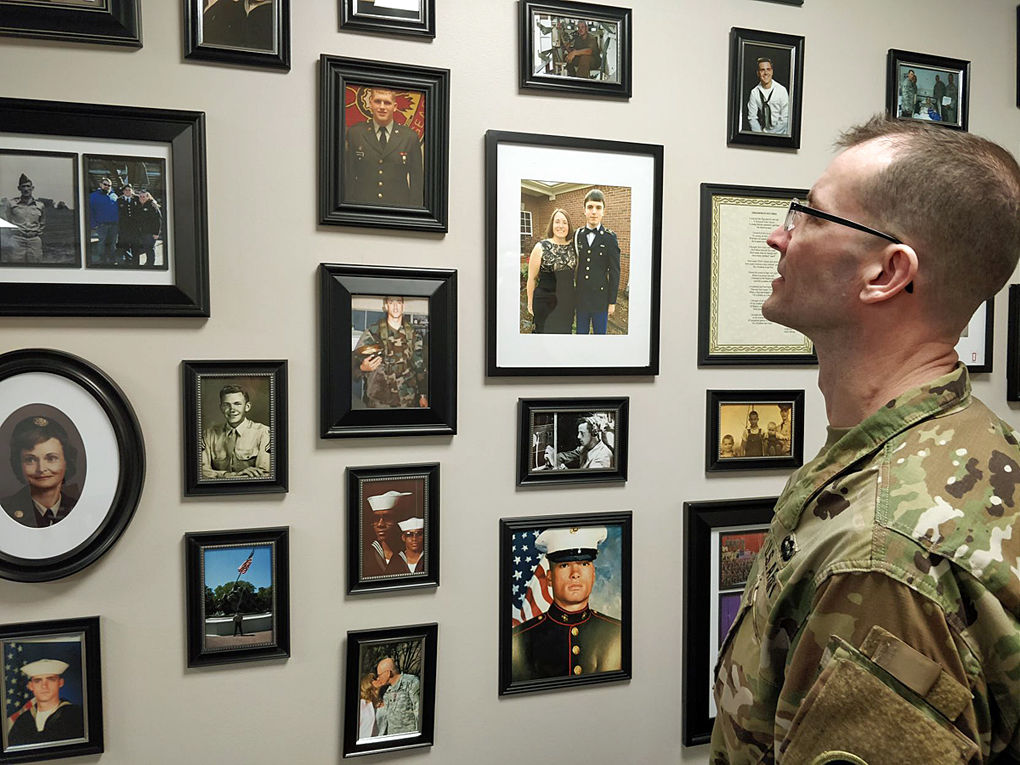 U.S. Army Sgt. First Class Mark Shannon Roberts, Jr. looks at the wall of veterans along the hall of his new home, Liberty Place in New Albany. The 16-bed facility is a place for veterans experiencing or facing homelessness to get back on their feet. 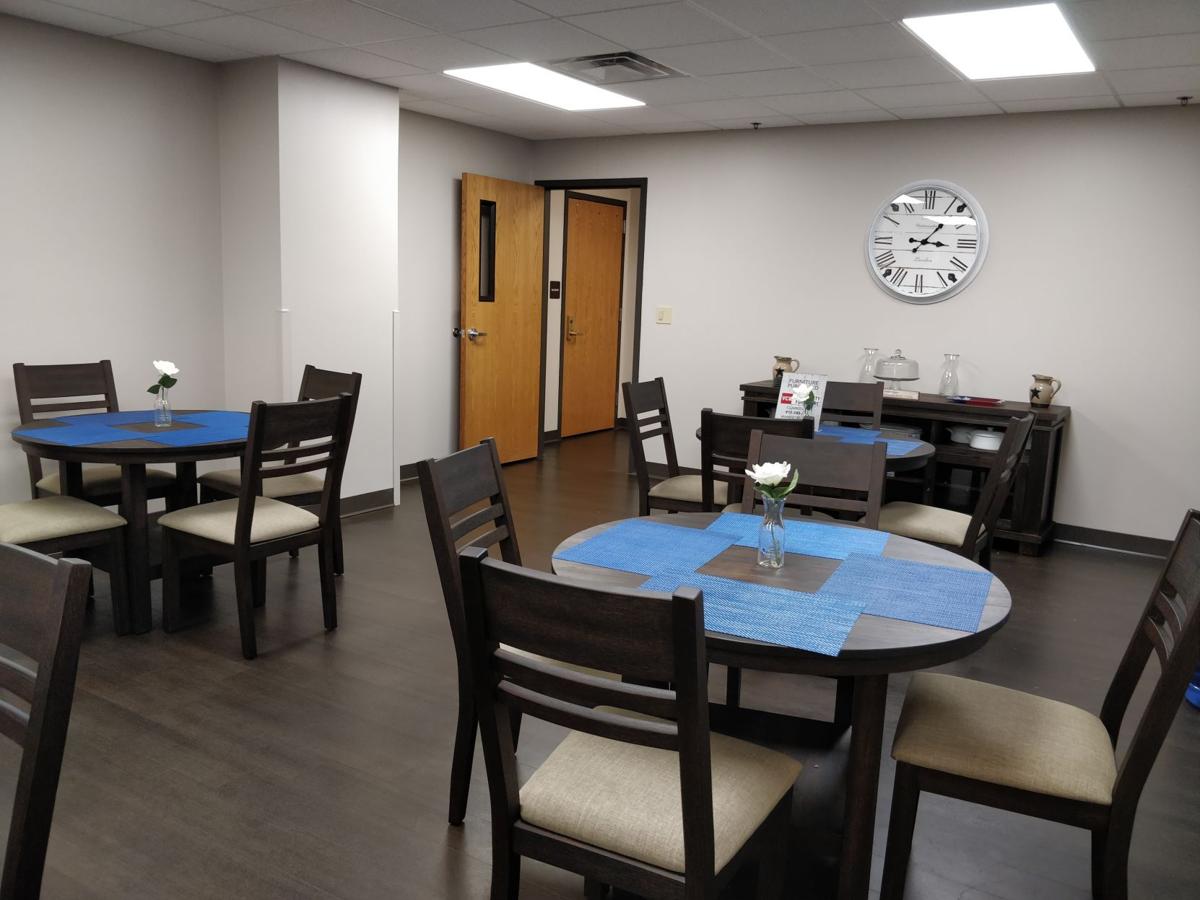 Meals are included for residents of Liberty Place, the new 16-bed center in New Albany for veterans at risk of or experiencing homelessness. 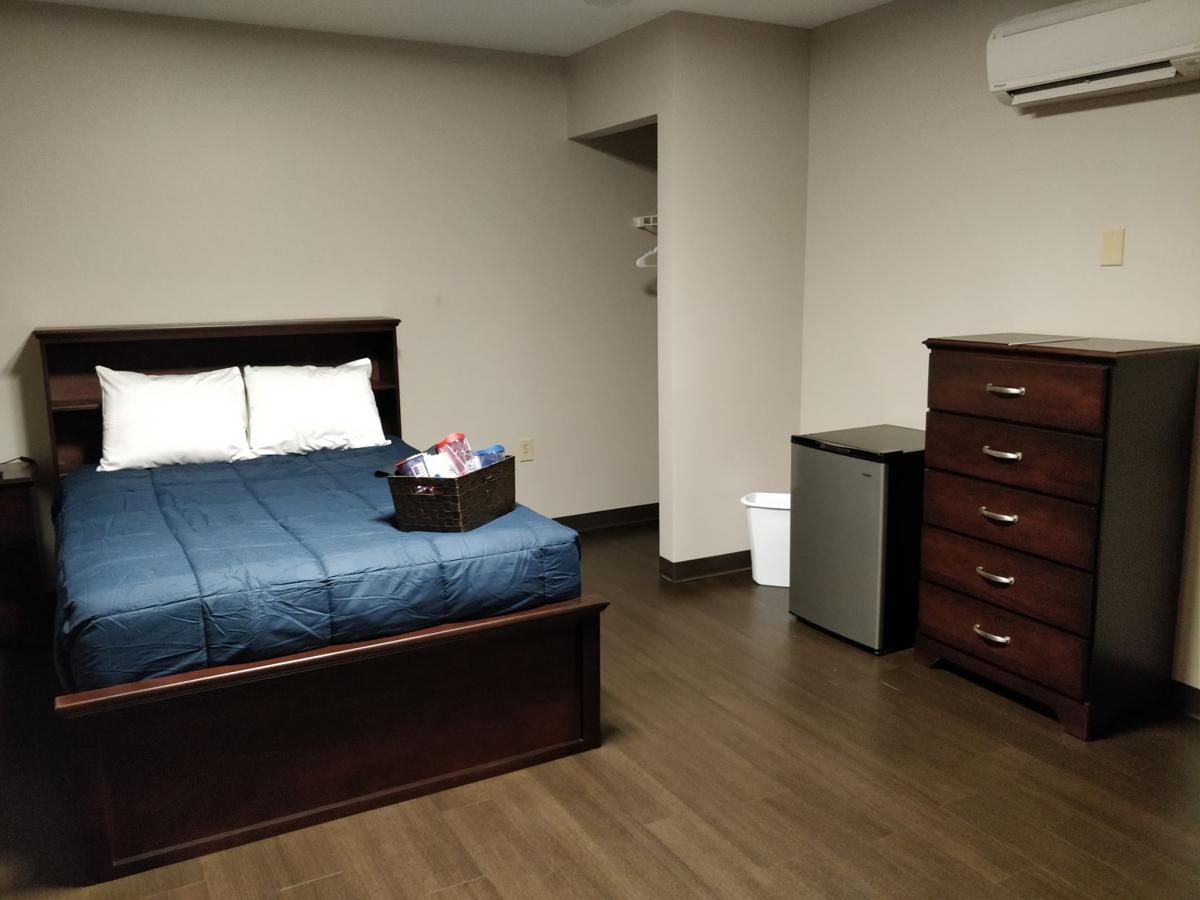 Each resident of Liberty Place will have their own secure room with bed, TV, small refrigerator and heating and cooling unit. 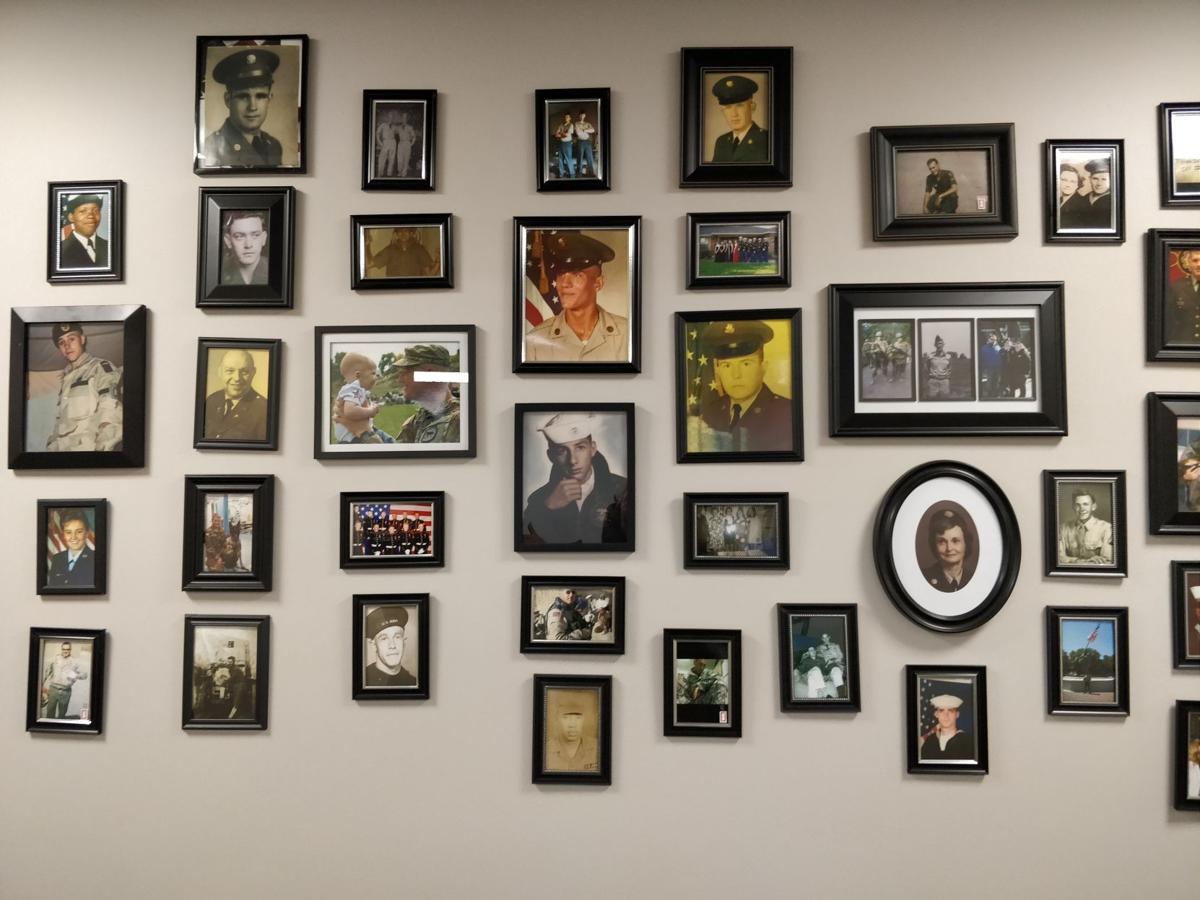 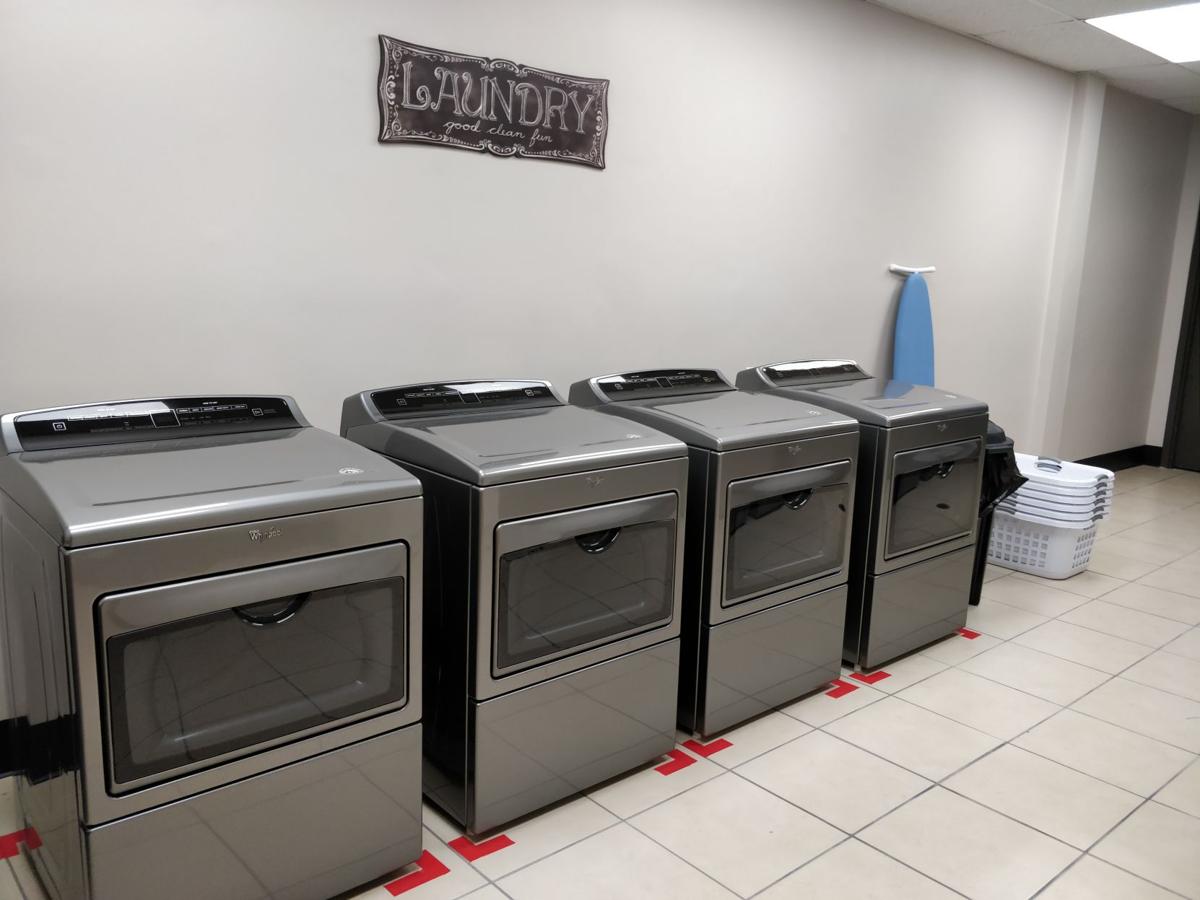 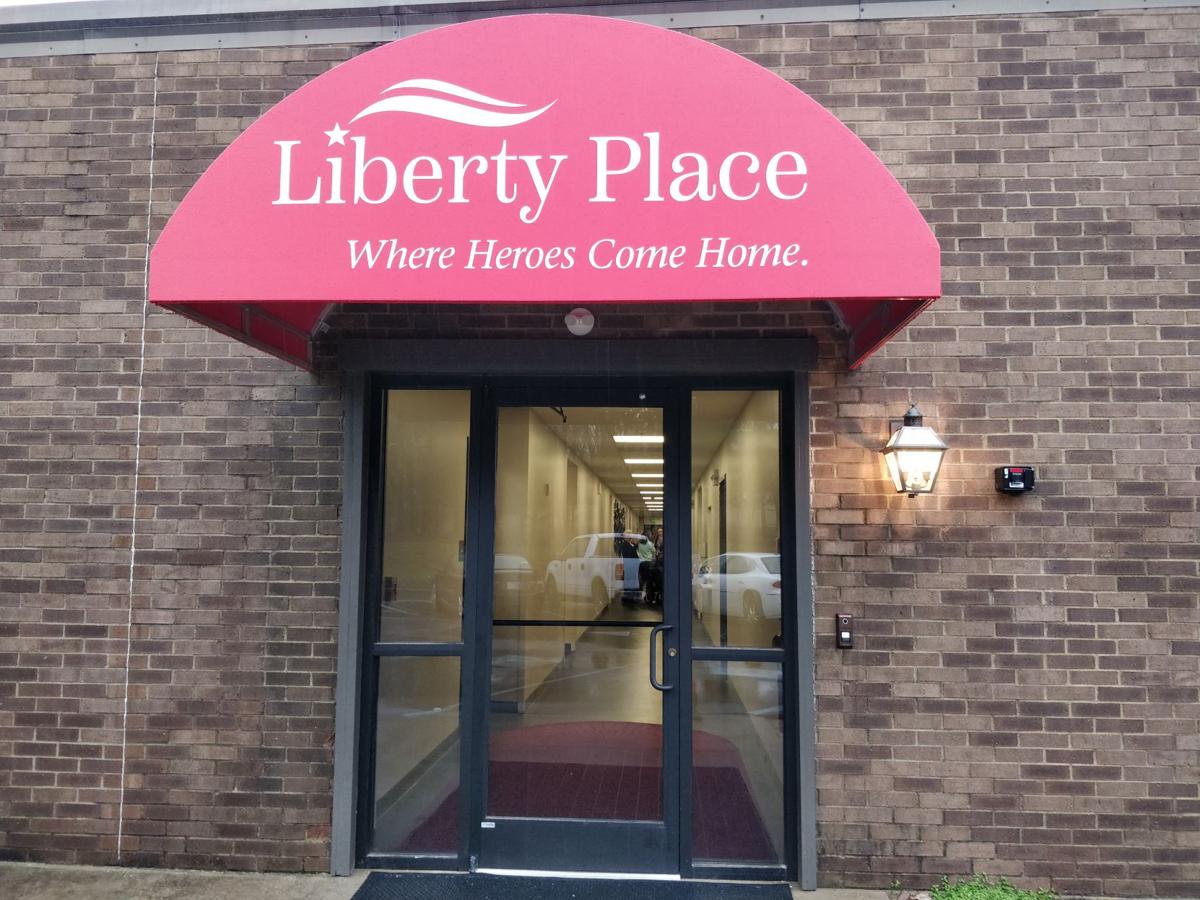 U.S. Army Sgt. First Class Mark Shannon Roberts, Jr. looks at the wall of veterans along the hall of his new home, Liberty Place in New Albany. The 16-bed facility is a place for veterans experiencing or facing homelessness to get back on their feet.

Meals are included for residents of Liberty Place, the new 16-bed center in New Albany for veterans at risk of or experiencing homelessness.

Each resident of Liberty Place will have their own secure room with bed, TV, small refrigerator and heating and cooling unit.

NEW ALBANY — When it opens next week, Liberty Place will offer a new home for Southern Indiana veterans facing or experiencing homelessness — a safe place to get what they need while getting back on their feet.

The center, which has room for 16 residents, is a program of Kaiser Home Support Services, Inc., which helps provide home care for elderly residents and those with disabilities. Executive director Kelley Troutman said Liberty Place will fill a much needed gap in the area.

"We knew that there was a need in the community," she said during an open house Wednesday at the home on Grant Line Road in New Albany. "We all have veterans in our lives, fortunately none of them have been homeless but we know that's a need so we took the two and put them together.

"We have 16 beds here but that's 16 people that aren't homeless anymore."

Residents at the new center will each have their own secure room — complete with a bed, television, small refrigerator and access to their own heating and cooling units. Each unit has its own detached bathroom; one room has it within. Meals, toiletries and 24-hour-staff are included in the monthly fee, which is paid through residents' pension or disability payments.

"So it's basically moving in and you don't have to have anything," Troutman said. Residents are encouraged to stay for a year as staff help them find resources to regain their footing.

Liberty Place will be seeking referrals from organizations such as the Veterans Administration, Volunteers of America, the Veterans Court of Southern Indiana and others. So far there are two residents preparing to move in next week. U.S. Army Sgt. 1st Class Mark Shannon Roberts Jr., is one of them.

Roberts, who has Huntington's disease, started with the Marines Corps in 1992, with four years active duty followed by four years as a reserve. Since 2000, he has been a reserve with the Army and lives at Fort Knox.

A while back, Roberts had fallen on his luck. He spent two weeks living in his car, shaving and showering at the YMCA, before moving into Army quarters again. Recently, he found out about the opportunity at Liberty Place.

"It was somebody at Fort Knox that directed me here," he said. "They said 'you better get over there and check it out; they're looking for soldiers right now.'"

Maria Granger, founder of the Veterans Court of Southern Indiana and Floyd County Superior Court No. 3 judge, addressed the crowd at the Wednesday celebration of the opening of Liberty Place.

She asked the attendees to picture the person it could help: It could be the man standing at the exit ramp with a sign that reads "homeless."

"Even after you've paused to give him that small contribution, in which direction does he go?" she asked. "Once he was a soldier, a Marine, a sailor, a guardsman ... he was lean and he was well-groomed, a trained defender of our country who learned to survive in all types of conditions.

"He is no less valuable than anyone else who has served in the military. On and off the battlefield, our veterans have shown us that great needs are met with great sacrifice."

Granger said having the stability of shelter can be a "make or break" situation for veterans facing homelessness.

"When you have a place to live, everything else can come together," she said.

Roberts, 43, is ready for the move, the next step in his life.

"You can walk in and feel a home feeling to it," he said. "Just being here, it just shows how much you are loved."