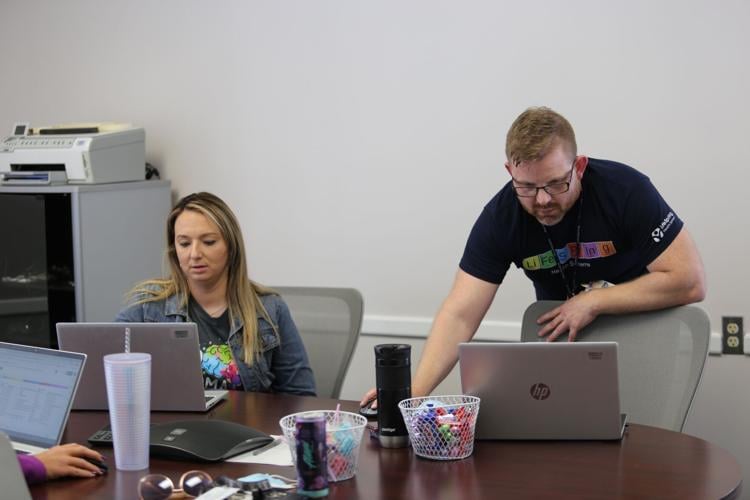 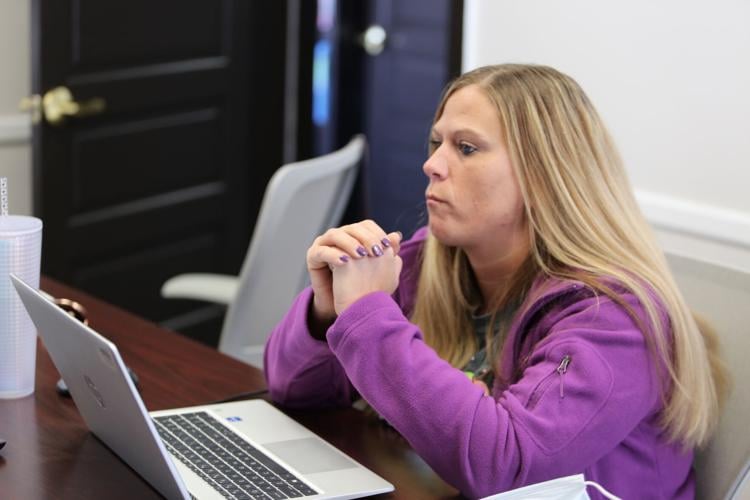 “That’s what we’re seeing with this team specifically, is how well the community can work together when we’re trying to not just get people out of a crisis situation but get people connected with these services that they desperately, desperately need,” he said.

The grant was awarded to the Certified Community Behavioral Health Clinic (CCBHC) division of LifeSpring, and it required that access to a crisis response system was provided.

Candace Durham, CCBHC and Mobile Crisis project director at LifeSpring, said they had the option to operate the system themselves or contract it out to another company.

“This is a program that is new to the area, so we built it and we went with operating it ourselves because I don’t feel that there was an option to contract that out,” Durham said.

The main servicing areas for the program are Floyd and Harrison counties, though Hawkins said they also work in Clark County.

The service is available 24/7 with clinical personnel rotating the on-call position. As of now the team is comprised of six members.

The goal of the service is to prevent people in need from falling in the cracks and not receiving proper care after being admitted to a hospital or having police respond to a crisis situation, Hawkins said.

By offering MCI, Hawkins said they are able to assist police departments in responding to emergency calls from those experiencing a mental health crisis, along with individuals and other community stakeholders.

Durham said they want to ensure that people are getting the care that they need.

“But really what they’re needing is that mental health care.”

With MCI, LifeSpring is able to get these individuals set up with the appropriate resources in the community. Hawkins emphasized that they are not trying to reinvent the wheel with services, but rather they are looking to connect those in need with programs and resources already in the community.

“The big thing is just letting them know someone is listening and to get you into services,” Hawkins said, whether it be a LifeSpring service or not.

There are a variety of reasons that someone might feel they should contact the crisis line, according to Durham. These can include those experiencing suicidal ideation, high anxiety, depression or substance abuse, or family members that are concerned about a loved one.

Each case is person-centered, so there is no cookie-cutter answer to how to respond to them, Durham said. Some of the cases may require face-to-face intervention, but others can be responded to verbally to create a safety plan.

Being able to help individuals in their home and meet them where they are comfortable is another aspect of MCI that Hawkins mentioned was a goal of the program.

The MCI team also makes sure to follow up with these clients in the following days to ensure that these individuals don’t follow the pattern of falling into the cracks.

Jessica Webster, a LifeSpring engagement specialist for CCBHC and MCI, said that the program received really good feedback from a Harrison County officer after helping them with a case on Thursday.

As an engagement specialist, Webster answers MCI calls. On Thursday, a Harrison County officer called MCI to see if they would be able to help transport an individual in distress to a psychiatric facility.

Hawkins said they were able to contact the facility to reserve a bed for the individual, meet the individual at home, provide transportation and ensure they had LifeSpring contact information to receive services following hospitalization.

“[The program] also helps relieve some of the stress and the workload on people like the police department if we can pull together and work together for the benefit of the people in the community,” Webster said.