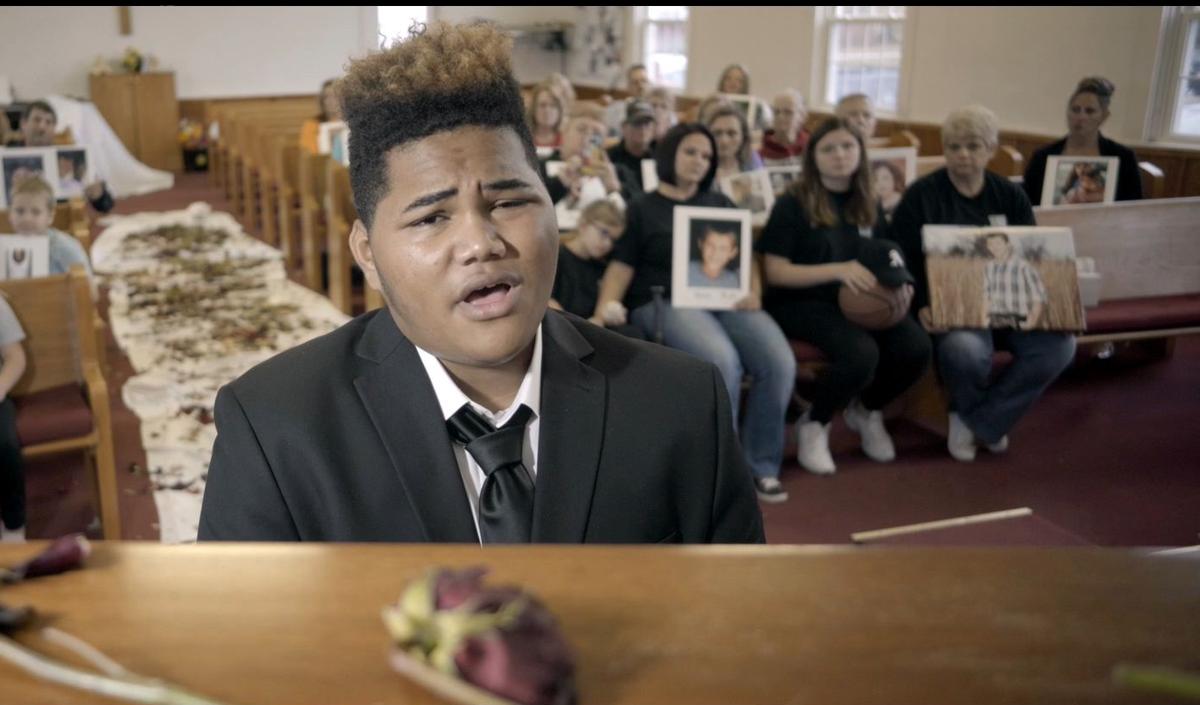 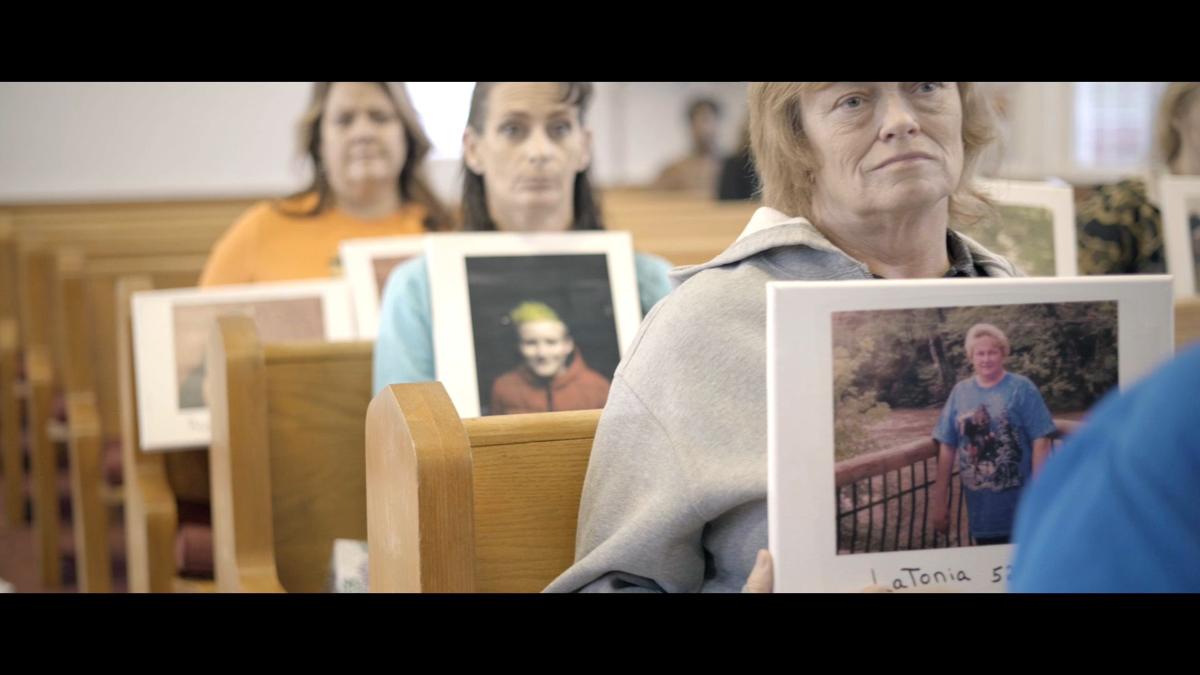 Local singer/songwriter Jackson Snelling recently released a music video for his song, "If I Only Knew," which he wrote after his friend died of suicide. The music video brings awareness to issues of mental health and suicide prevention, and it features photos of those who have been lost to suicide. 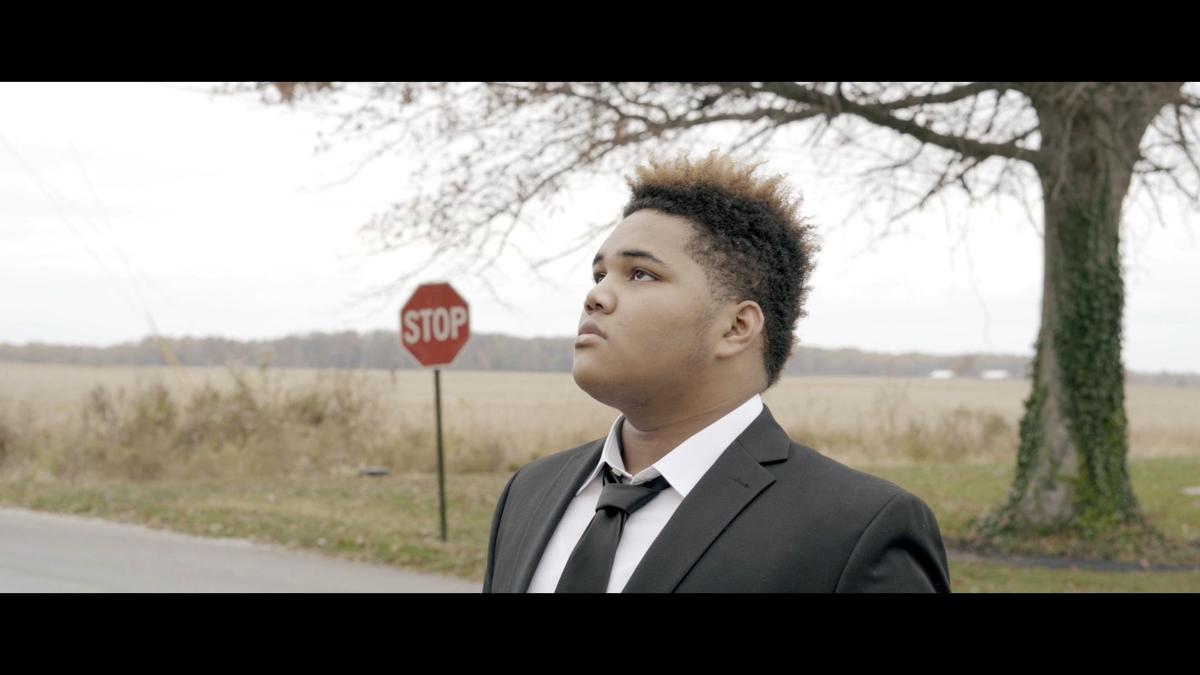 Local singer/songwriter Jackson Snelling recently released a music video for this song "If I Only Knew," which addresses mental health and suicide prevention. The 17-year-old musician wrote the song after his friend died from suicide. Submitted photo.

Local singer/songwriter Jackson Snelling recently released a music video for his song, "If I Only Knew," which he wrote after his friend died of suicide. The music video brings awareness to issues of mental health and suicide prevention, and it features photos of those who have been lost to suicide.

Local singer/songwriter Jackson Snelling recently released a music video for this song "If I Only Knew," which addresses mental health and suicide prevention. The 17-year-old musician wrote the song after his friend died from suicide. Submitted photo.

SOUTHERN INDIANA — For local musician Jackson Snelling, songwriting has been an outlet for addressing difficult topics and losses he has faced in his own life. With a new song and music video, he hopes to help others by bringing awareness to an important issue.

Jackson, 17, recently released a music video for his song "If I Only Knew," which addresses suicide prevention and mental health. The video takes place in a church, and as people sit in the pews, they hold up photos of those who have been lost to suicide, including their own friends and family. Jackson is a student at Austin High School in Scott County, and he started writing and singing his own music in 2018.

"If I Only Knew" was written about his friend, Alex, who died from suicide at age 14 in 2017, and his name and photograph is among those featured in the music video. When Jackson sang at Alex's funeral, it was a tough and heart-wrenching experience — one that he never wants to face again, he said.

"You just would have never thought that him of all people was going through all that," he said. "The whole song is just about how easy it is for people to just hide their sadness, their depression behind like a fake mask, and you would never know. It’s like if I only knew, I could have saved them.”

Jackson has struggled with depression and suicidal thoughts himself, and at the end of the video, he holds up a sign with the words, "I am a survivor." He is joined by other survivors, including the video's producer and the daughter of Jackson's music voice/piano coach.

He started writing the song about a year ago, and he completed it in September. Songwriting has allowed him to cope with tragedies such as Alex's death — it is a way for him to get his feelings out, he said, and his goal is for others to also find comfort in his songs.

“What saves me is the fact that I’m helping other people," Jackson said. "Like the countless messages and comments from people saying how they can relate to this song and how it’s helped them cope with losing a loved one to suicide — that’s what makes me happy."

He said it is hard for him to let go of pain, so he releases those emotions in his music. He has faced many losses in recent years, including the deaths of family, fellow students and a teacher, and his first song, "Please Listen," is about the loss of his father, who died from a heart attack when he was only 7 years old.

Jackson's own experiences with depression influenced the creation of the song and music video.

"With the whole Alex thing, it was so hard for me to accept the fact that I couldn’t do anything — that I was helpless," he said. "Part of me blamed myself for that. It’s like a dark void. You just feel helpless, and like there’s nothing, and writing this song and seeing how many people are affected by it — I didn’t want my own family to go through that. My family kept me here."

The idea for the video was originally envisioned by Jackson's mother, Dacia Snelling. They searched for an old church to film at, and they eventually were led to the Bethany Baptist Church in Crothersville. She learned that a man who had served as pastor there for several years had died of suicide, and he was buried right outside the church. They would later include the pastor's photo in the music video.

On Facebook, they put a call out for submissions of photos, and they ended up receiving more than 40 photos to use in the video. When they first got started, Dacia said she wanted to simply use photos for the purpose of privacy.

“Then one person goes, ‘why,?’" she said. "It just sort of hit me. If we have a video that’s just going to show a picture, you’re just going to look by it like it’s a picture on the wall."

So they included both first names and ages to the photos with permission, and they decided to invite families and friends to be part of the video and and hold the photos themselves. There was a huge response, and "waves of people" came to the church for the video shoot, Jackson said. The filming took place in October.

“They were all intermingling and telling their stories to each other, like helping each other grieve," he said.

There were about 11 people acting as proxies for people who couldn't hold the photos of their own loved ones, but the majority were family or friends of those shown in the pictures, according to Jackson. Some of those who attended the video shoot were from the area, but others came from out of state.

The ages of the people shown in the photos range from 10 to 65. As they saw the names and photos and learned of their stories, it was like the names "burned" into his mind, Jackson said.

The song and video delves into the pain of losing a friend or family member to suicide, but it was important for them to end the video with hope as they featured the survivors. The ending of the song features the Peace Presbyterian Church choir from Louisville, and the final shot of the video is Jackson holding up a sign with the National Suicide Prevention Lifeline phone number.

Joel Jackson, one of the survivors featured in the music video, was the video's producer. He hopes that the video helps those who are struggling with their mental health.

"I hope people that are dealing with potential negative thoughts can see that there is family that's left behind, so it's very important to do whatever you can to push through," he said. "Especially at the end of the video, to get that message of hope — I think that's really important."

"If I Only Knew" has received more than 29,000 views on Facebook since it was posted Dec. 19, and it has received more than 4,500 views on YouTube. Many have shared the video over the past few weeks, and they are asking people to "please share with everyone in hopes of creating more survivors," according to Dacia. She wants the video to start conversations about a topic that is often difficult to talk about.

"We wanted to express the epidemic of this, because people don’t talk about it," she said. "If you go through obituaries, it doesn’t say in the obituary, so people don’t have a clue."

They have received many messages from people about how much the video has meant to them, and they have continued to receive photos and stories about those who have lost loved ones from suicide, according to Dacia. They have stayed in touch with many people who were associated with the music video.

A mother who lost her son to suicide told them that the music video helped her get through the holidays, and a friend of one of the kids memorialized in the video told Jackson that the video had been played for his entire school before winter break, Jackson said.

Jackson hopes the video inspires people to become more aware of the struggles that those around them might be facing.

"People slap on fake smiles and faces all the time," he said. "The people that you’re close to — pay extra attention to them. Make sure they know that they’re loved and that you care about them, because you never know what’s going on in their head."