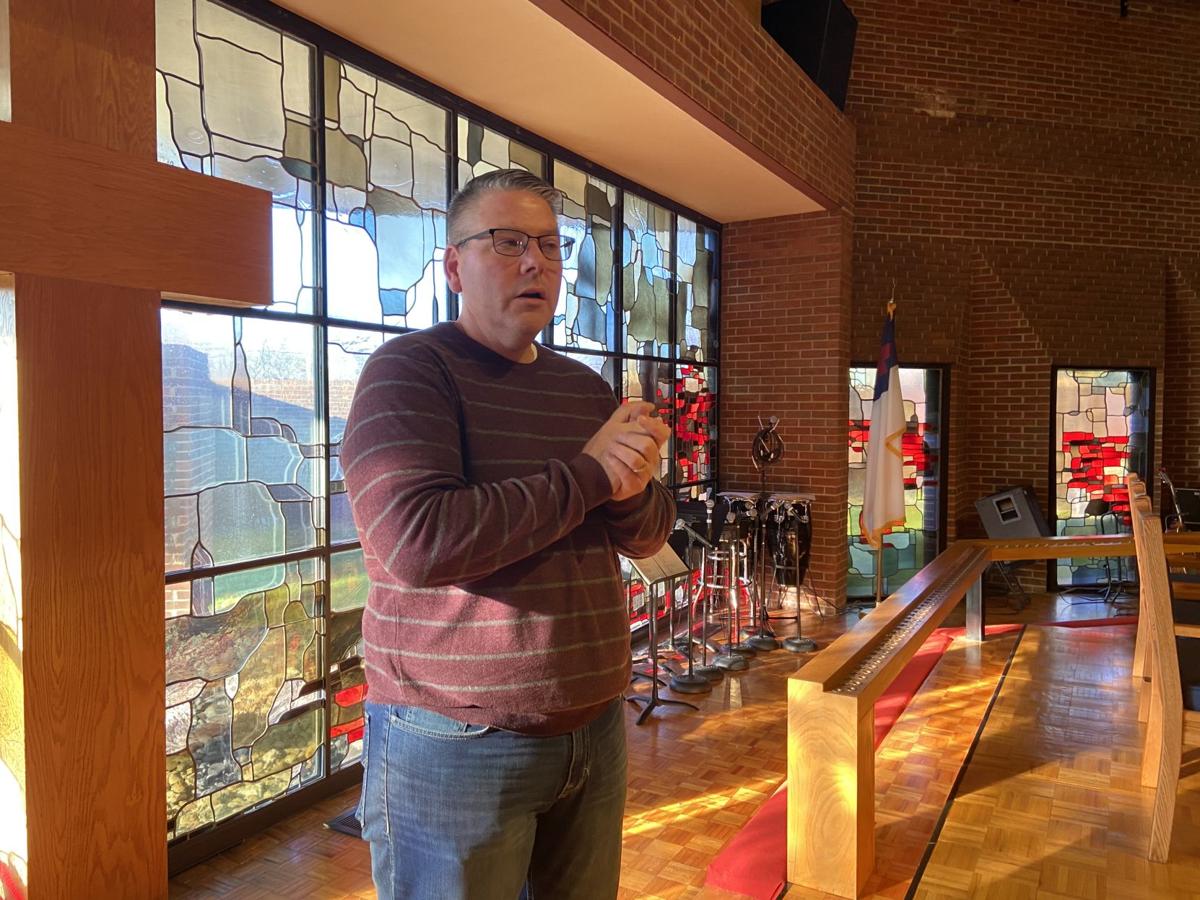 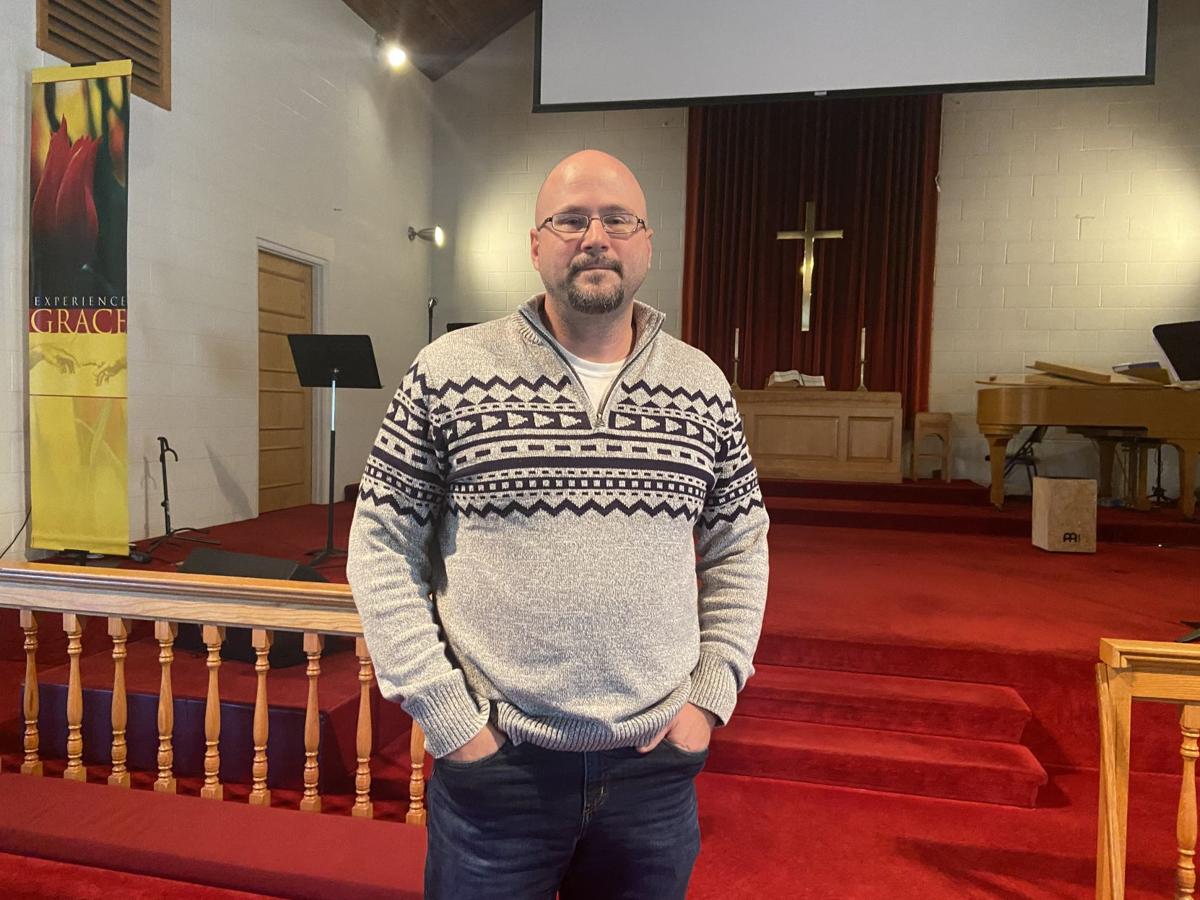 Jim Moon, pastor at Park Memorial United Methodist Church in Jeffersonville, says the church is a welcoming congregation for all, and he wants LGBTQ people in the community to know that "they're cared for" at the church. The international United Methodist Church is considering a potential separation due to differences in views related to LGBTQ issues. 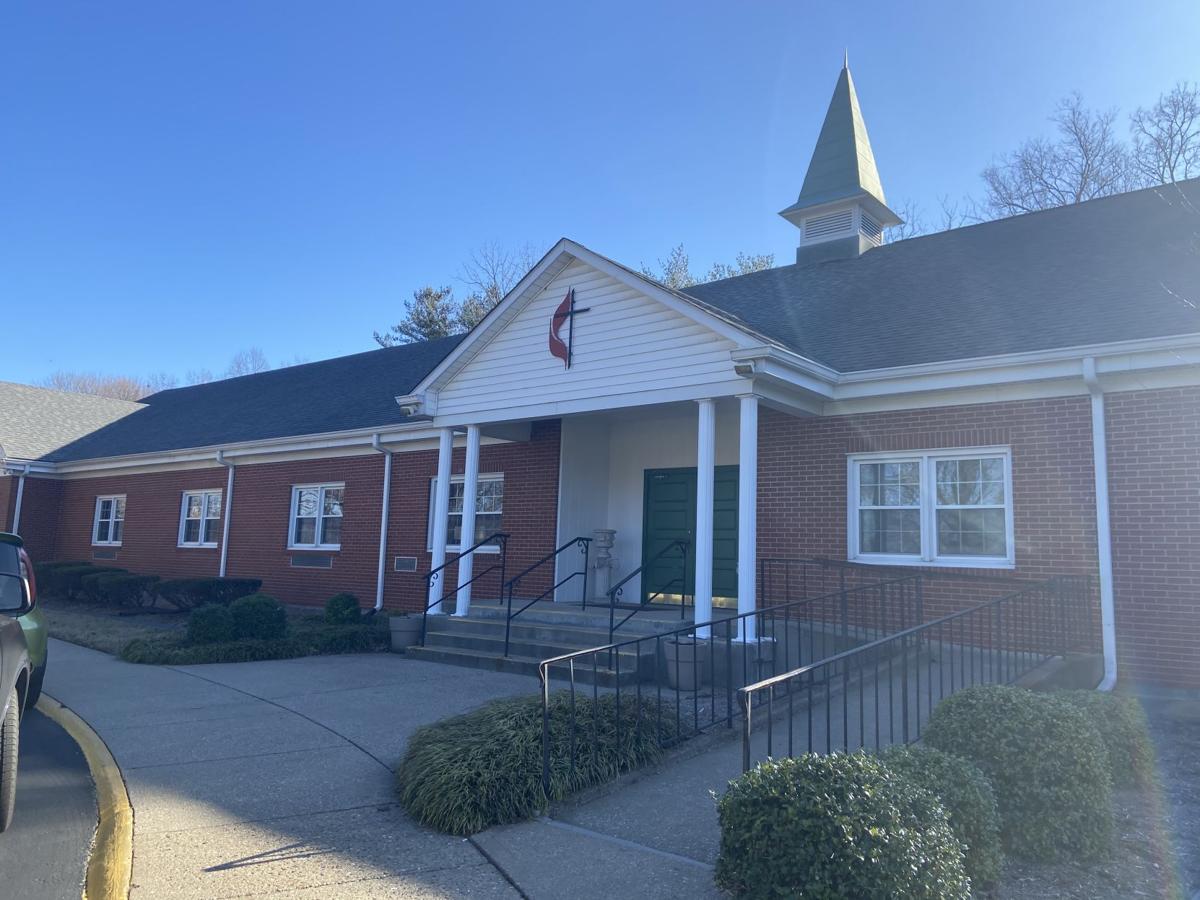 Jim Moon, pastor at Park Memorial United Methodist Church in Jeffersonville, says the church is a welcoming congregation for all, and he wants LGBTQ people in the community to know that "they're cared for" at the church. The international United Methodist Church is considering a potential separation due to differences in views related to LGBTQ issues.

SOUTHERN INDIANA — Disagreements within the United Methodist Church over issues of gay marriage and LGBTQ clergy have caused tensions for years, but if approved, a new plan could split the church and lead to uncertain futures for congregations, including Southern Indiana churches.

Last Friday, leaders in the United Methodist Church announced a proposal to separate the church — the second largest Protestant congregation in the United States — into at least two denominations over differences in views on LGBTQ issues. The proposed plan was signed by 16 church leaders from around the world, and it will come to a vote at the church's General Conference in May.

The United Methodist Church's "Book of Discipline," or church doctrine, does not allow the ordination of LGBTQ clergy or for church's ministers to perform same-sex marriages. If the proposed plan passes in May, a conservative "traditionalist" denomination would separate from the church and maintain the bans on same-sex marriage and LGBT clergy, while the existing United Methodist Church could move in a new direction.

The proposed nine-page plan, which is called the "Protocol of Reconciliation & Grace Through Separation," describes "fundamental differences" among the church and its members, and it states that the church's General Council on Finance and Administration would provide $25 million to the traditionalist denomination over a four-year period, as well an additional $2 million for other denominations that might be formed.

The proposal comes after a controversial vote last February by church delegates to uphold its bans on same-sex marriage and ordination of LGBTQ clergy through a measure known as the "Traditional Plan."

Jim Moon, pastor at Park Memorial United Methodist Church in Jeffersonville, said "a fractured church is not God's best," and he would like to see the church come together to find a way to stay united despite the disagreements. While he doesn't know the "ins and outs" of how the plan would work, he said it would be up to the congregation to decide which way to proceed if the church splits into two denominations.

He emphasizes that the Park Memorial congregation is welcoming to all, and he is in favor of loosening up the language in the book of discipline to give local autonomy so that local churches can minister in the "way they feel called to minister," including in terms of same-sex marriage and LGBTQ clergy.

“My two cents worth is that I’ve stayed the course, stayed focused on the people in front of me, cared about them, helped people find Jesus Christ in their lives and let the people who are doing all those decisions do them, and when the time comes, we’ll make choices as we see fit," Moon said. "But we’re a welcoming congregation. We are a church that believes that LGBTQ people are of sacred worth and that we administer to folks who have all kinds of things going on in their lives."

Chris Neikirk, senior pastor at Trinity United Methodist Church in New Albany, said his goal is for the United Methodist Church and Trinity to continue to thrive "in the midst of all the chaos." He is disheartened to think of a possible separation in the church he said, but for now, his reaction has been guarded, since he doesn't know what is going to happen at the general conference in May.

"This [proposal] appears to have teeth and broad support from diverse leaders, and it seems to be a well-thought out proposal," he said. "But it's just that — it's a proposal. Since the general conference is the only entity that speaks for the United Methodist Church, we are kind of where we were before."

Neikirk said there has been a broad spectrum of thought and theological beliefs in the United Methodist Church about topics such as LGBTQ issues, and his approach toward the recent debate over changes of church doctrine has been "in the middle." He said he has church members on both sides of the theological and political spectrum, and he estimates that about half of the congregation falls somewhere in the middle.

Tony Alstott, lead pastor at Wesley Chapel United Methodist Church in Floyds Knobs, was a voting delegate at last February's general conference, and he voted to maintain the traditional definition of marriage in the book of discipline as "between one man and one woman," he said. He will not serve as a delegate at this year's conference.

He said it is "premature" to decide which direction his church would go if the plan for separation goes forward.

The church has faced similar proposals over the years, he said, and he feels that the separation outlined in the recent proposal is unlikely to be approved, "because it is such a drastic change and there are a lot of folks that would like to continue the status quo." He said it is a complicated process, and the plan is far from a done deal. He also notes that other plans for an "amicable separation" were proposed last year.

"I don’t know what the feel of the delegates will be," he said. "About 30 percent of the delegates are from the continent of Africa, and those delegates have consistently said they would vote for unity and not vote for any plan that would separate the denomination. I have not heard anything differently out of that part of the world."

Alstott said the United Methodist Church is "already very open and inclusive," and the church welcomes the LBGTQ community to worship, become members of the church, serve in the church and take communion. But he said he was not prepared to vote for a change to the church's definition of marriage.

"One of the reasons that I’m not ready to vote to change the definition of marriage in the church is because so far I haven’t seen any biblical reason to change the vote or to change the definition," he said. "In a traditional biblical view, marriage is between one man and one woman. In our culture in the United States today, our definition is definitely marriage between two people. That’s the law of the land, so I’m not opposed to how the law of the land is in the United States, but when a church makes a decision, we have to base it based on what the Bible says."

Moon said after the vote at last February's general conference, he felt "heartache," particularly for the LGBTQ community.

"I felt heartache for them, because they have a question — is this church a church where I can worship freely without having my sexuality be on the forefront of everything," he said. "Because I don’t think it necessarily needs to be."

He said he wants the LGBTQ community to feel welcomed and loved at his church.

“I want them to know that they’re loved, that they’re cared for, that Jesus cares about them, and with Jesus in their life, their life can be guided into hope and righteousness," Moon said. "That’s really the basics of it. No matter who you are, what’s going on in your life, let the Holy Spirit do the work."