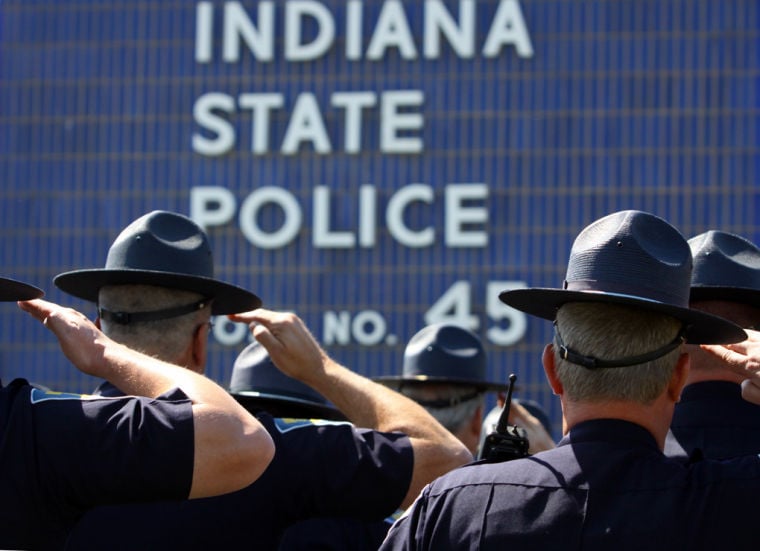 Indiana State Troopers stand at attention as Taps is played at the conclusion of the Sellersburg District's memorial service Wednesday. 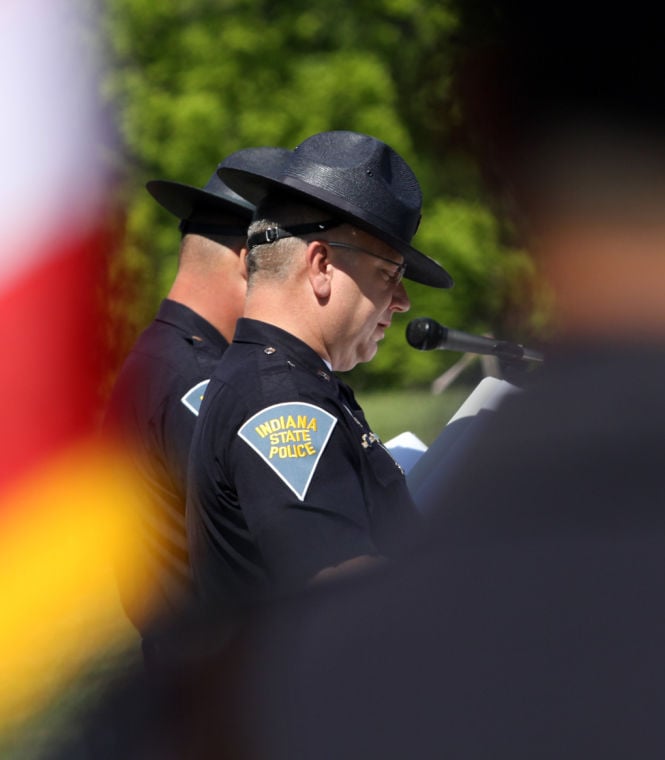 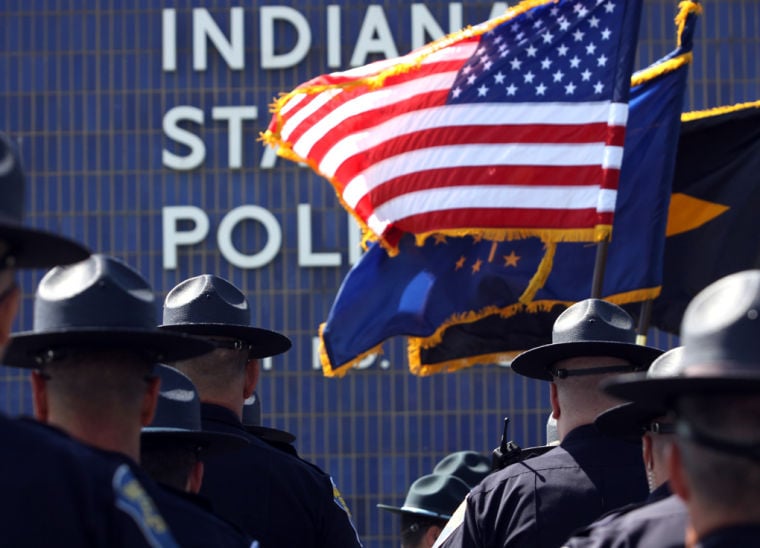 Indiana State Troopers stand at attention as Taps is played at the conclusion of the Sellersburg District's memorial service Wednesday.

Family, friends and fellow officers with the Indiana State Police listened as the names of each fallen ISP officer was read off Wednesday.

“I tear up every time, especially when I hear his name,” said 50-year-old Brian Meyer, who is a captain with the Clark County Sheriff’s Department.

Meyer lost his father, Lawrence B. Meyer, in 1974. The elder Meyer, who was from Sellersburg, passed away due to a heart attack while chasing an escaped prisoner on foot. Brian was 11 years old at the time.

“I listened to it on the police scanner when it happened,” he said. “There isn’t a day that goes by that you don’t think of your dad.”

Sgt. Jerry Goodin said ISP posts around the state have held an annual Memorial Day service since the mid-1950s to honor their fallen heroes.

“It’s part of our tradition to honor those who lost their lives in the line of duty,” Goodin said.

“It’s our duty to let the family members know we will never forget the sacrifice they made.”

Sandra Bailey, of Jeffersonville, came to remember her brother, Steven L. Bailey, who died after his weapon discharged while he was attempting to serve a warrant. Her 27-year-old daughter, Monique, also comes every year to the service. Sandra said Monique was born about a year after Steven passed.

“It’s nice. It makes me feel like I got to meet him in a way,” Monique said of the annual event. “He’s here in spirit.”

Sandra said the event has changed over the years to be more of just the victims’ families and politicians.

“I wish more people from the public would come here and support it,” she said.

Goodin said he hopes the public doesn’t forget any of those who have served.

Betty Jane Cairns, 91, New Albany, IN passed away on October 23rd 2021. She was born in Camp Point, IL on July 28th 1930 to the late Lucille and George Stierner. In addition to her parents, she is preceded in death by; spouse, Thomas Cairns; son, Edward Cairns; brothers, Grant and Don Stiern…