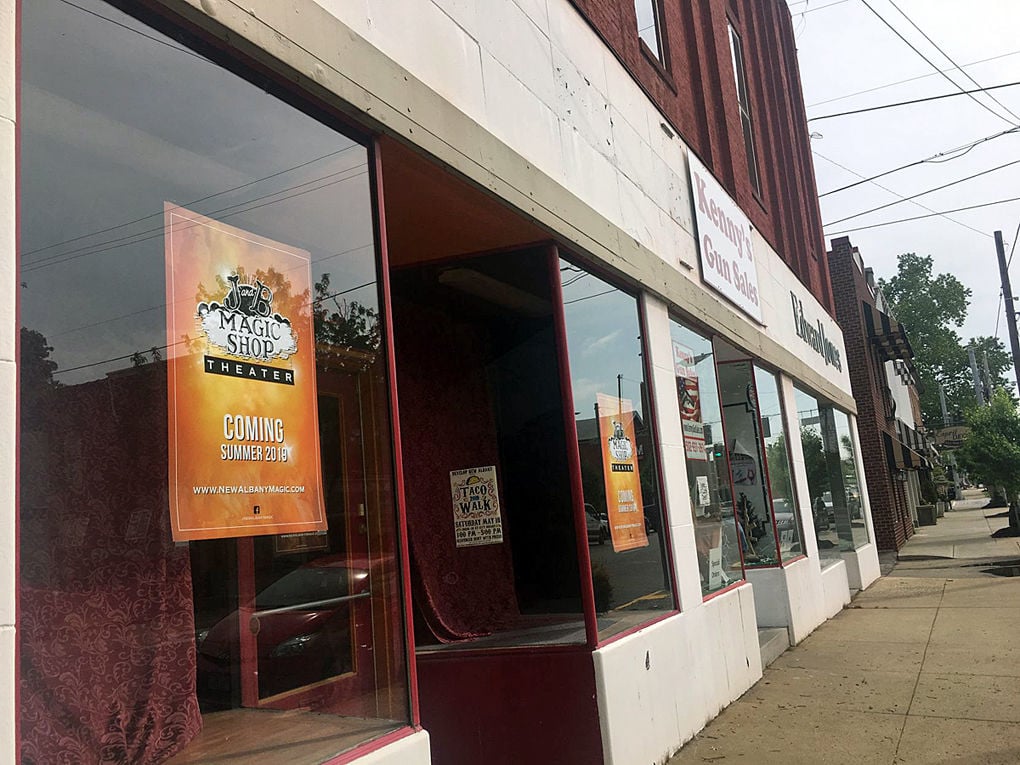 J&B Magic Shop and Theater will open this summer, according to owner Brent Braun. The shop is located at 129. E. Spring St. in New Albany. 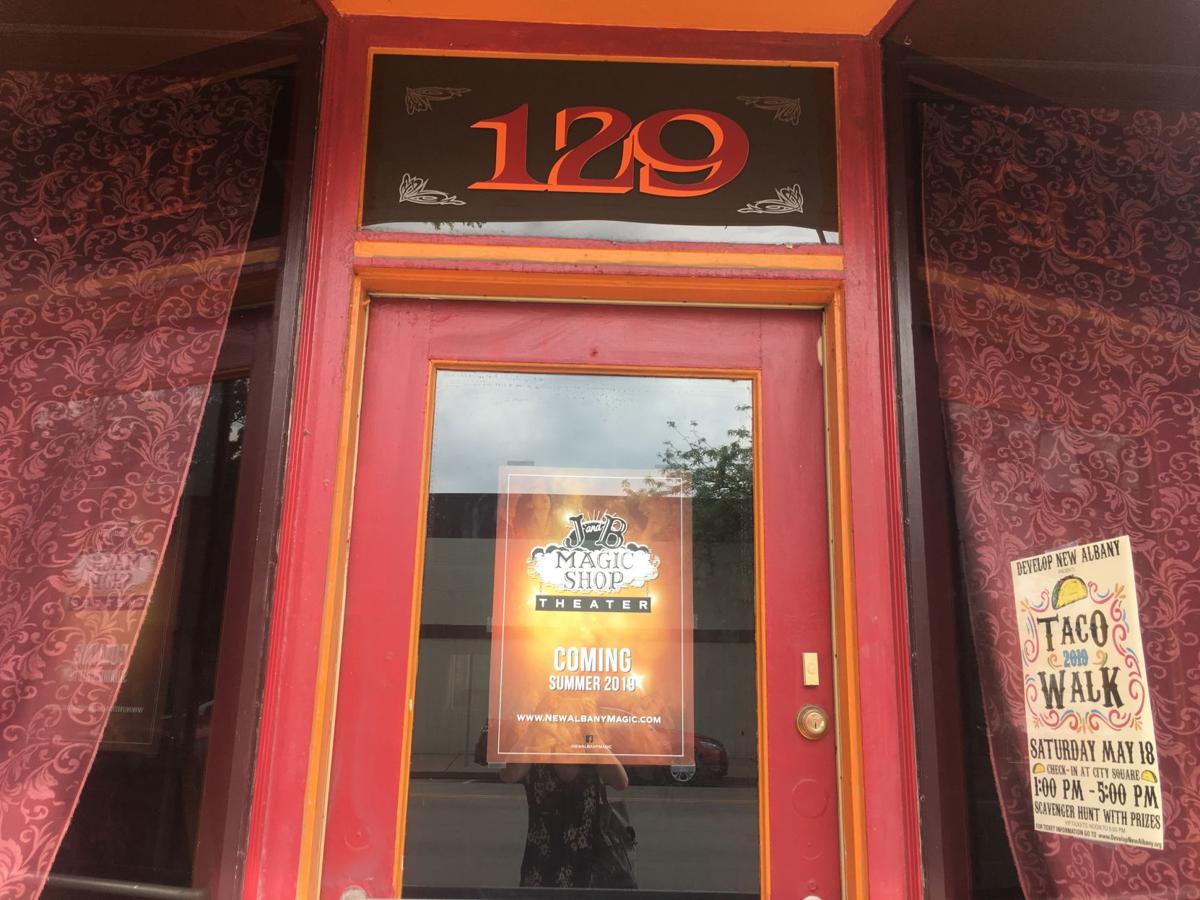 J&B Magic Shop and Theater is coming to New Albany this summer. The business will include a 32-seat theater for magic shows. 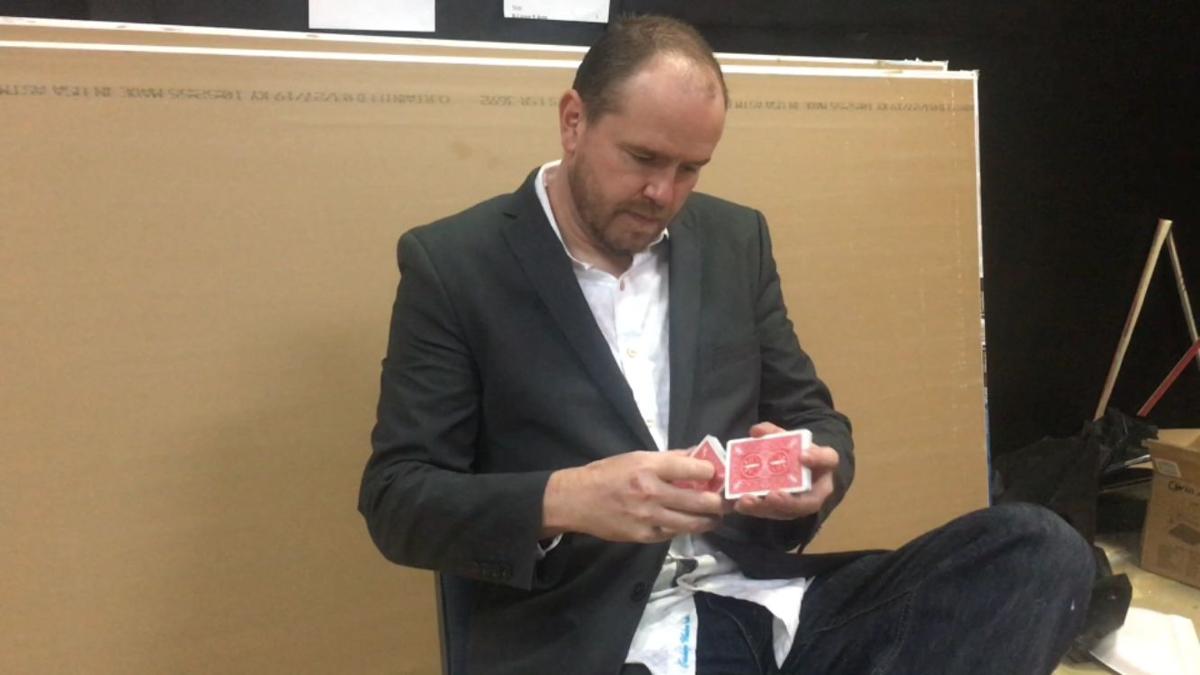 Magician Brent Braun shuffles a deck of cards at 129 E. Spring Street in New Albany. He plans to open J&B Magic Shop and Theater in the space this summer. 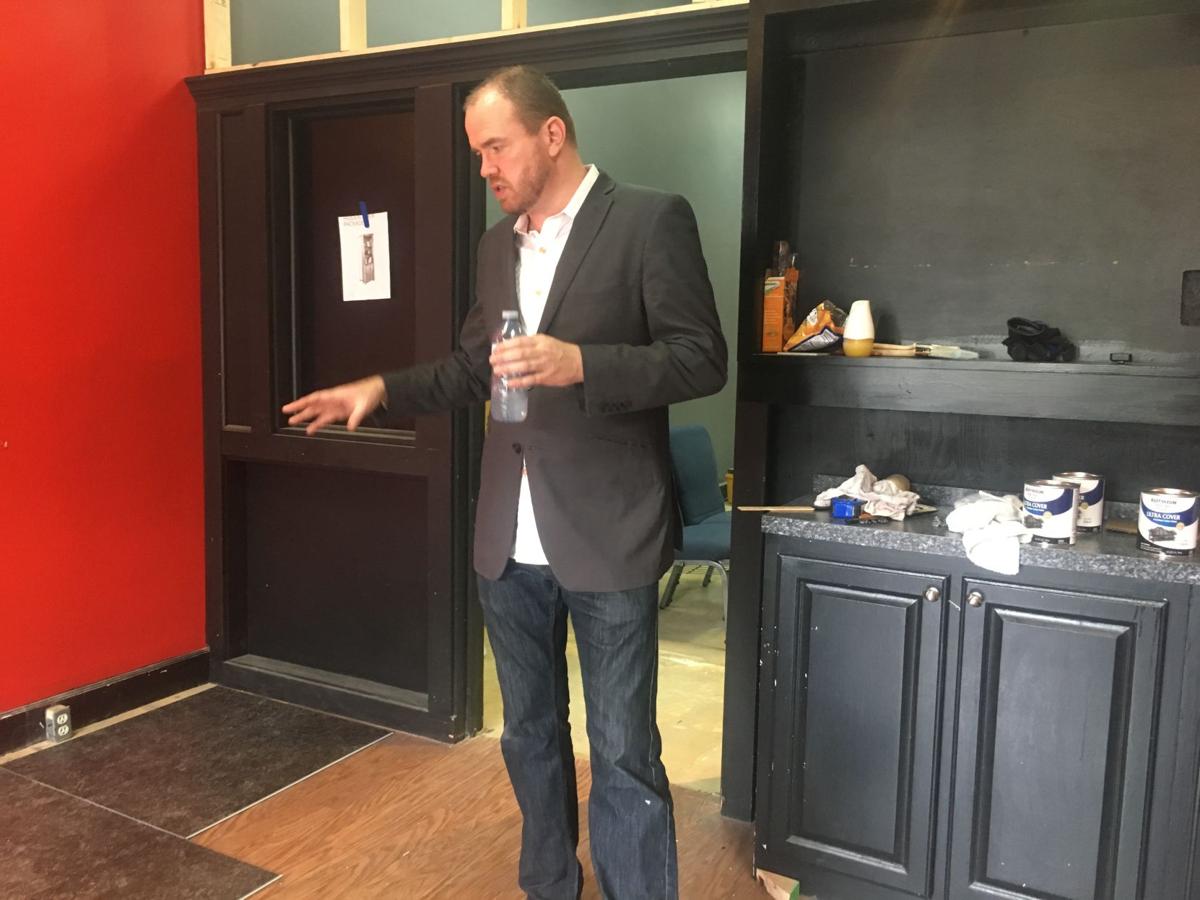 Brent Braun is in the process of transforming the space at into J&B Magic Shop and Theater. The front room will be a gift shop, and the back will feature a small 32-seat theater.

J&B Magic Shop and Theater will open this summer, according to owner Brent Braun. The shop is located at 129. E. Spring St. in New Albany.

J&B Magic Shop and Theater is coming to New Albany this summer. The business will include a 32-seat theater for magic shows.

Magician Brent Braun shuffles a deck of cards at 129 E. Spring Street in New Albany. He plans to open J&B Magic Shop and Theater in the space this summer.

Brent Braun is in the process of transforming the space at into J&B Magic Shop and Theater. The front room will be a gift shop, and the back will feature a small 32-seat theater.

NEW ALBANY—Over the past two decades, New Albany resident Brent Braun has created a career in magic, from inventing his own illusions to performing magic tricks on television.

This summer, he plans to bring that magic to downtown New Albany with a new entertainment venue.

Braun is planning to open J&B Magic Shop & Theater this summer at 129 E. Spring St. The space will include a small 32-seat theater and a gift shop.

He plans to present weekly magic shows at the theater on Fridays and Saturdays, which would feature both local magicians and well-known performers in an immersive setting.

The gift shop will feature books and tutorials for beginning to advanced magicians and other items related to magic. He also intends to use the theater space as a training facility and rehearsal space for magicians.

This will not the first time Braun has owned and operated a magic shop—J&B Magic was also the name of his first magic shop business years ago, which was located in various locations in the area before it closed.

In addition to performing magic, Braun is a magic creator and consultant. He is the principal partner of the Magic Firm, a professional consulting service for magicians, and he works behind-the-scenes to coach performers.

As a magic creator, his magic tricks have been performed across the world. In 2016, Richard Jones won "Britain's Got Talent" during the final episode using a trick Braun created.

The trick, called "Torched & Restored," involves tearing a signed playing card apart and then apparently welding it back together. It was his first trick that he sold to other magicians.

Braun has worked on a number of television shows, including Netflix's "Death by Magic" and "Magic for Humans" and CW's "Penn & Teller: Fool Us."

Because of his career as a magic consultant, he is a position to bring some of the world's best magicians to come to New Albany for shows, he said.

"These guys do shows that are in 1,500 to 3,000 seat theaters can come to a show for 30 people because they’re my friends and clients," Braun said.

Braun said he doesn't want people to feel like they are simply watching the magic tricks—he intends for J&B Magic to offer a live, interactive experience where people can truly be part of the process.

"I truly believe that’s what magic on Youtube and Instagram is missing—that you’re not part of it, and you’re not an active participant," he said. "We want to do shows where you’re a part of the show."

The theater will offer memorable experiences for people to enjoy before or after dinner in downtown New Albany, he said. With the magic shop, he wants to give customers a more rewarding experience than online shopping.

"What I'm really trying to do is give you a place to come in and physically touch, see and feel these products before you buy them," Braun said. "Our edge over the online market is that I can show you the trick first in real life, then I can teach you the trick and then you can come back a month later and I can make sure that you're still doing it right and really give you the hands-on training that you wouldn't get [online]."

At age 22, Braun was a young father going through a divorce, and he needed a hobby. One day, he entered a Jeffersonville magic shop called the Greater Louisville Magic Emporium, and before long, he was shuffling cards and practicing magic tricks.

He soon starting working at the Jeffersonville shop as a "full-time student of magic," and in the early 2000s, J&B Magic was born when he opened his own magic shop with a business partner. The shop was located in the Green Tree Mall in Clarksville for a short period of time before they moved to the River Falls Mall for about five years.

After River Falls Mall was purchased by Bass Pro Shops, J&B Magic moved to Bardstown Road in Louisville. He found himself in a financial hole, he said, and he closed the shop and took a year off to produce his own DVD on magic.

He worked in sales at PC Home Stores in New Albany for a time, but he then went back to magic about five years ago when he started the Magic Firm.

Although he travels frequently as a magic consultant, he has remained in New Albany. He will sometimes meet his clients at local hotels or other spaces to develop a magic show, but he didn't have his own studio or training facility.

At first, he simply wanted his own space to coach magicians, and eventually, he decided to pursue the idea of a magic shop, theater and training facility all in one. He met his $10,000 crowdfunding goal, and he recently received the keys for the Spring Street location.

Braun said he didn't get into magic because he wanted to be a performer. He has always enjoyed the problem-solving aspects of magic—he also loves riddles, board games and escape rooms—so creating the tricks was a perfect fit for him.

"For me, it's nice to be able to see a puzzle or a problem, and then come up with multiple solutions—some of them super crazy or wild and completely impractical—and then dial it back to what we can actually do."

His favorite trick he has created is called "Position Impossible." In the trick, someone picks a playing card, and someone names a number, and they count down the deck and the card is found at that number.

He started creating "Position Impossible" 15 years ago, and it took many different versions to perfect it. Eventually, he performed that trick on "Penn & Teller: Fool Us."

Braun likes performing "with" people instead of "at" people. The immersive space at J&B Magic will allow him to communicate with them in a way he could not do on television or in front of a crowd of 600 people, he said.

Magic has been an important part of his life for the past 20 years, Braun said, and he is thankful for the opportunity to bring his passion to New Albany through J&B Magic.

"My goal is to pay it back to the community and create new magicians and create better magicians—and to do all of that out of this amazing space in New Albany," he said.