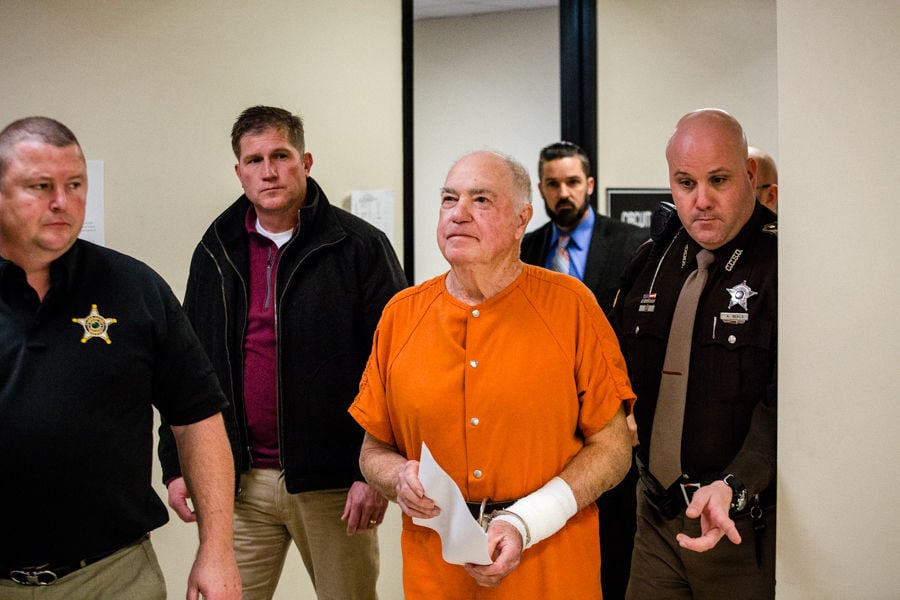 Oscar Kays of Jeffersonville was arrested in December after allegedly shooting an Indiana State Police trooper after a traffic stop. 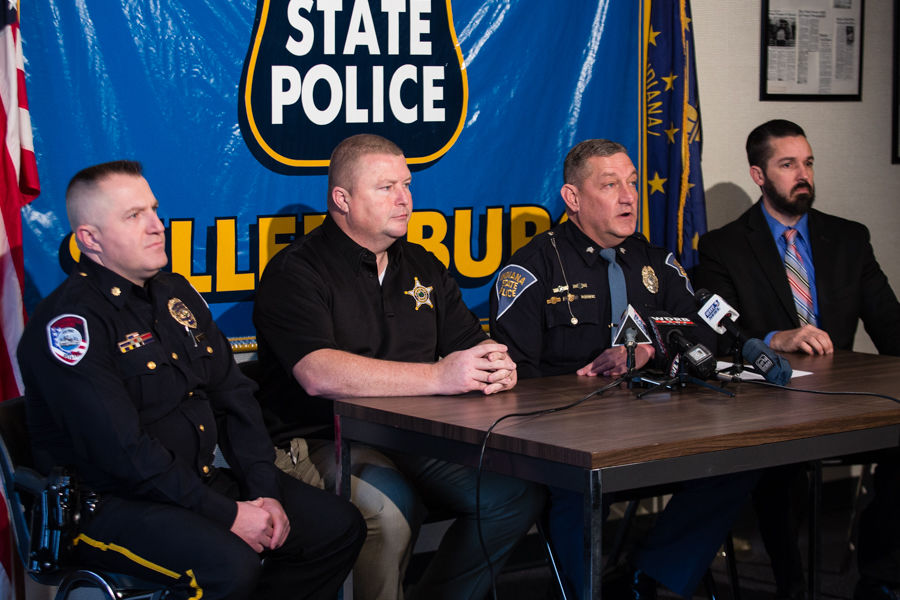 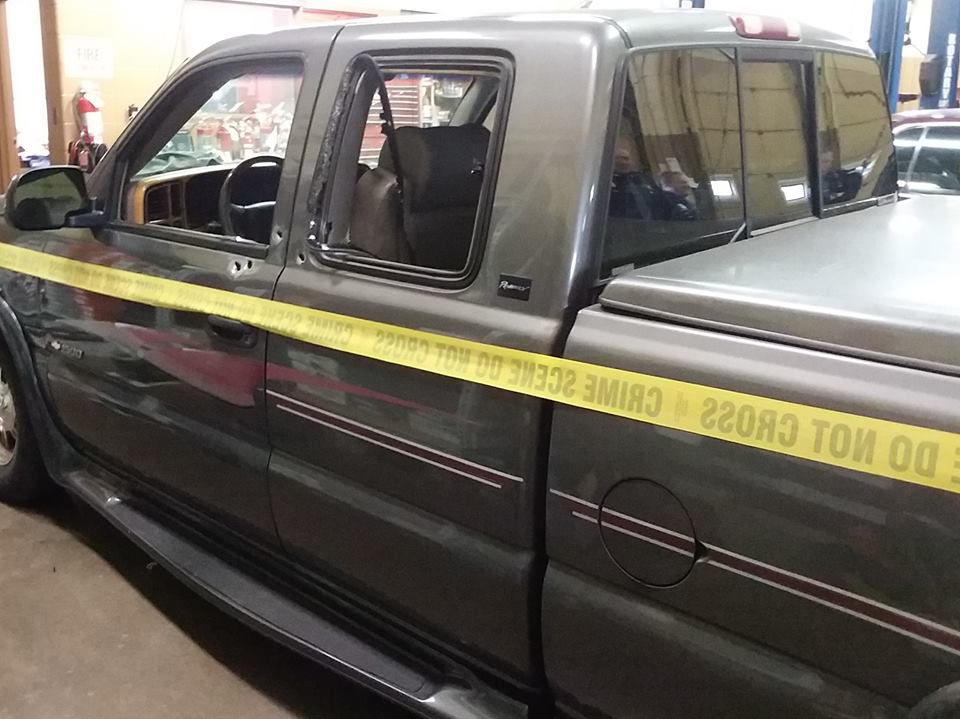 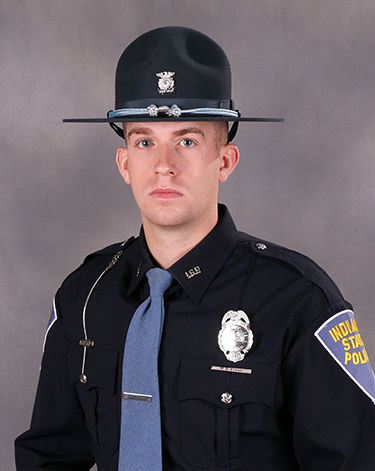 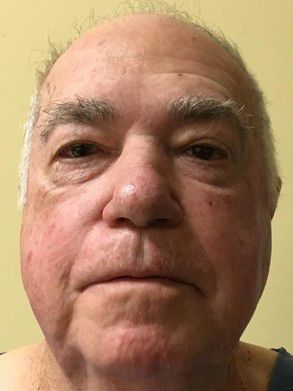 Oscar Kays of Jeffersonville was arrested in December after allegedly shooting an Indiana State Police trooper after a traffic stop.

JEFFERSONVILLE — The Jeffersonville man accused of shooting an Indiana State Police trooper during a traffic stop Tuesday night remains incarcerated in the Clark County jail on a $1 million cash-only bond.

Oscar Kays, 79, appeared in Clark County Circuit Court No. 1 on Wednesday for an initial hearing following accusations that he shot trooper Morgenn Evans, who sustained a gunshot wound to the front of his head.

Kays is now charged with attempted murder, a level 1 felony, aggravated battery, a level 3 felony and resisting arrest, a level 6 felony. Clark County Prosecutor Jeremy Mull is also seeking an enhancement for a firearm which could carry an additional 20-year sentence.

“This is a man who tried to kill a state trooper and he has absolutely no business being out in the street,” Mull said after the hearing. “So I asked for a bond that I was confident would keep him incarcerated... until I can secure a conviction and get him sentenced.”

Just after 7 p.m. Tuesday, Evans pulled over Kays near the intersection of West Park Place and Jefferson Street in Jeffersonville. After the trooper conducted a field sobriety test on Kays, he prepared to take him into custody for a certified chemical test, which would determine the actual amount of alcohol in Kays' system, if any.

When Evans tried to secure Kays with handcuffs, a "scuffle" broke out, ISP Sgt. Jerry Goodin said during a news conference Wednesday morning.

Kays then allegedly pulled out a .22-caliber handgun and shot at Evans, grazing his forehead. The trooper called for backup as he returned fire at Kays who had started to flee in his Silverado pickup truck. Evans pursued Kays, but soon lost sight of his vehicle.

Other police agencies responded, including Jeffersonville police and the Clark County Sheriff's Office, and Evans was transported to University of Louisville Hospital with non life-threatening injuries. He was released Wednesday morning.

“We're very lucky that trooper Evans was not killed; his guardian angel was definitely with him," Goodin said. “Another quarter of an inch either way could have been fatal to him.”

He said that with the three initial scenes — the intersection with the traffic stop, Kays' home and the hospital where both parties were taken— there was a lot going on all at once.

“The teamwork was just amazing,” he said. “We took total chaos and turned it into a well-oiled machine."

As Evans was being treated at the hospital, officers found Kays at his home on Huston Drive in Jeffersonville. When they arrived, Kay reportedly exited the front door with a shotgun, returned inside and went out the back with the same gun before putting it down.

Kays was taken to University of Louisville Hospital where he was treated from either shrapnel or bullet injuries from Evans' returned fire, and released later that night to the Clark County jail, where he is currently in protective medical custody.

No prior convictions were found for Kays in a search of online court records in Indiana, and Goodin said he was not known to police prior to the alleged incident.

Goodin said police can't say yet what would have caused Kays "to act abnormally at a traffic stop."

"If something... comes to light, obviously that will be taken into account by the prosecutor's office," Goodin said.

Goodin said that as investigators were speaking to Kays, they asked him why he shot the trooper.

"He basically replied saying that he didn't want to go to jail," Goodin said.

Although officers are often considered rookies until they have five years under their belt, Goodin said Evans — who has been with ISP since October 2016 — followed protocol to the letter.

“There is no such thing as a 'normal' traffic stop,” Goodin said. “Whenever this happened, his training kicked in and he did exactly what he was supposed to do.”

Kays appeared for his hearing Wednesday with a bandage on his left arm. When Clark County Circuit Court No. 1 Judge Andrew Adams read the charges in detail, Kays did not contest.

The attempted murder charge carries a 20 to 50-year sentence, the level 3 felony three to 16 years and the level 6 felony six months to two and-a-half years. The judge explained that the enhancement the prosecutor is seeking could mean an additional 20 years if he's convicted on all charges.

“I ain't going to live that long,” Kays said.

Mull said after the hearing that the case was no joking matter.

“This trooper is a young man with a family, who was out trying to keep our community safe last night,” he said. “... And this individual shoots him in the head and is laughing in court; I simply don't find it amusing at all.”

Kays had doubts about getting the bond money for a pretrial release.

“Who has a million dollars,” he said in court.

If Kays makes bond, he is ordered to have no contact with Evans, possess no firearms and be placed on electronic monitoring.

“It is the state's belief that he is a danger to law enforcement ” Mull said, adding “I will prosecute [this case] to the fullest extent of the law and attempt to have him convicted and sentenced to the maximum possible sentence for his actions.”

As he was being led from the hearing reporters asked Kays what happened the night before.

“I think he crossed the line,” he said.

Mull said he will be reviewing evidence to determine if any additional charges may be filed. Kays has a pretrial conference scheduled for Jan. 25 with a trial date set for April 3.

The News and Tribune staff has been hard at work to bring you the latest in Southern Indiana news this week. Catch up with our weekly roundup …