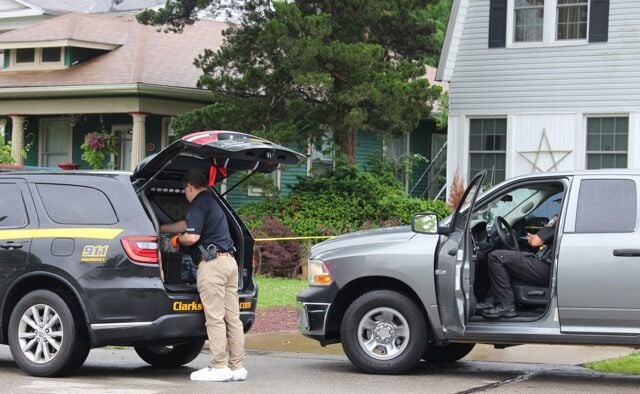 Clarksville police investigate the scene on Harrison Avenue where a woman was fatally shot Wednesday morning. 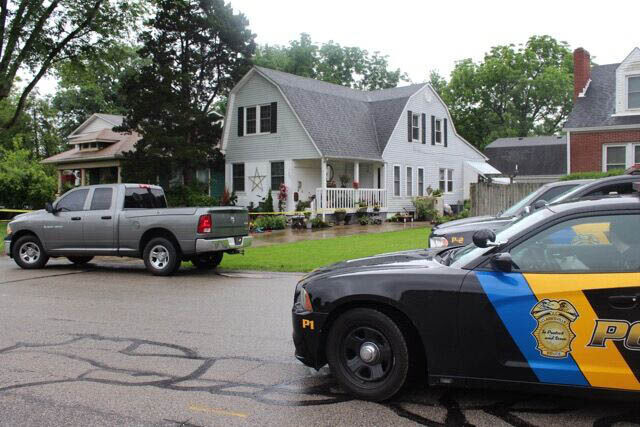 Clarksville police are investigating a homicide that occurred early Wednesday in the 100 block of Harrison Avenue.

Clarksville police investigate the scene on Harrison Avenue where a woman was fatally shot Wednesday morning.

Clarksville police are investigating a homicide that occurred early Wednesday in the 100 block of Harrison Avenue.

CLARKSVILLE — A murder charge has been filed in Clark County against a man police say fatally shot a woman early Wednesday morning in Clarksville.

Court records filed Wednesday identify Thomas A. Smith, 51, as the suspect involved in the woman’s death. He was arrested in South Central Kentucky by the Warren County Sheriff’s Department after first fleeing when they tried to stop him. The victim has not yet been identified.

Records show that Clarksville police were dispatched to the 100 block of Harrison Avenue in South Clarksville at 4:10 a.m. on a report of a shooting. They found the victim in an upstairs bedroom with two to three gunshot wounds to her arm and back. First responders rendered aid but the victim was dead at the scene.

A witness who had been at the home told police that Smith had brushed past them and into the house when arguing started. The witness reported hearing the victim say something like “I don’t care, just take everything,” which was followed by two loud bangs. The witness observed Smith run out of the house and into his white pickup truck.

While searching the house, police found a black revolver in the kitchen near the door where Smith is said to have entered and exited the home. Police say he had blood on himself when he was arrested in Kentucky.

On Wednesday morning, neighbors gathered near the home where the victim was found, a house with a well-manicured lawn and lots of flowers, as police went in and out. It is near the Clarksville police substation.

“She was just nice,” one neighbor said of the female victim. “That’s why I can’t believe it. She’s always out doing yard work. Her chickens got out last year and she was like ‘they’ll come back once I clean the coop.’”

Smith’s case is in Clark County Circuit Court No. 1. An initial hearing has not yet been scheduled.