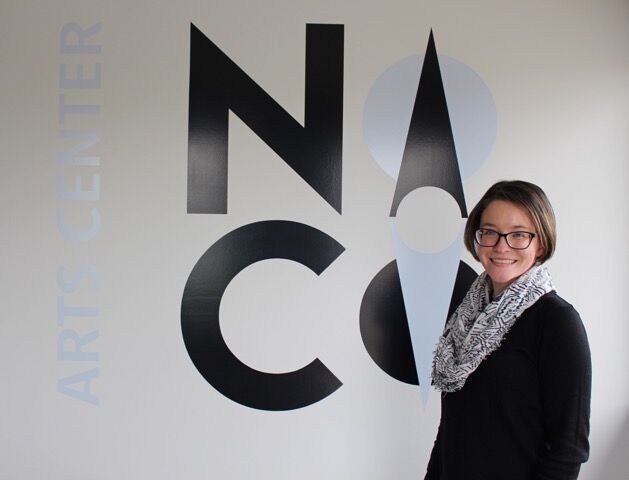 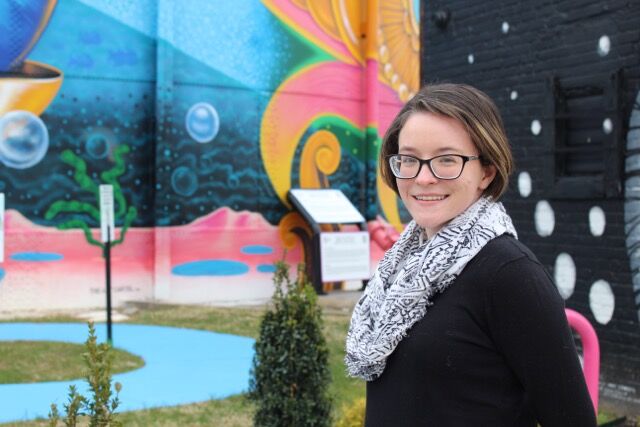 JEFFERSONVILLE — The new Jeffersonville Public Arts administrator has hit the ground running, ready for community collaborations that will continue to make the city a brighter place.

Emily Dippie, who previously taught high school art at the Christian Academy of Indiana, was hired in December to replace former administrator Dawn Spyker, who left in late 2020.

“I think public art is important because it really helps make a specific place the place that it is,” she said. “So Jeffersonville is unique and public art helps create what Jeffersonville is. People, when they travel, they go from place to place, and they see the arts installation, the museums, the local restaurants, the things that are specific to that area and I think that’s a role that public art plays.

A lifelong artist, Dippie said she was attracted to education while studying art at Murray State University.

“Everybody is a teacher because of the kids,” she said, adding that it was really fulfilling to help watch them grow and develop as artists. “The cool thing about being an art teacher is you get to have long-term relationships with your students. I had some students who came in as little baby freshmen and I left as they were halfway through their senior year, so it’s really cool to see that development.”

And her experience at Christian Academy is what helped prepare her for and lead her to her current role with the city — specifically in her leadership in developing the arts program at the school. She described the transition as a “hand-in-hand switch.”

“I realized I really loved that side, coming up with new ideas and trying new things and seeing how they worked and watching them benefit people,” she said.

Dippie, who has watched Jeffersonville’s NoCo Arts and Cultural District develop over the past several years under Spyker’s leadership, said she’s excited to help carry the current projects forward and bring new ideas to the table.

She’ll be working alongside the Jeffersonville Public Arts Commission, a board appointed by the city council and mayor. She said while some of the new initiatives need final approval, “there have been some really exciting things in the works.”

Part of the year’s programming will depend on where things are with the COVID-19 pandemic, which in 2020 put a hold on some of the projects. But Dippie said she and the commissioners will look for ways to adapt when possible to keep the arts going.

“We have a couple of different paths we can take,” she said. “We’re talking about programming that is adaptable — things that can be done different ways based on how the year rolls out, which I think is really cool. I have been really proud of the work so far to see the flexibility. Just like the show will go on, the arts will go on. “

She added that in the past year, she’s seen a new surge of people embracing arts in a new way, due to the pandemic.

“It’s been really cool to see through this season how arts have been a real comfort to people,” she said. “Arts have been something a lot of people have embraced and seen the value in during this season and I think during this next year we might see some more of that.”

And, Dippie said, she can’t wait to see what develops over the next year and beyond — with the local artists, with the community as a whole.

“The expression of the human spirit is beautiful,” she said. “And whether that expression happens in metals or wood or painting or sculpture or a painted parking lot or a community program, there is such beauty in watching artists do their thing.”