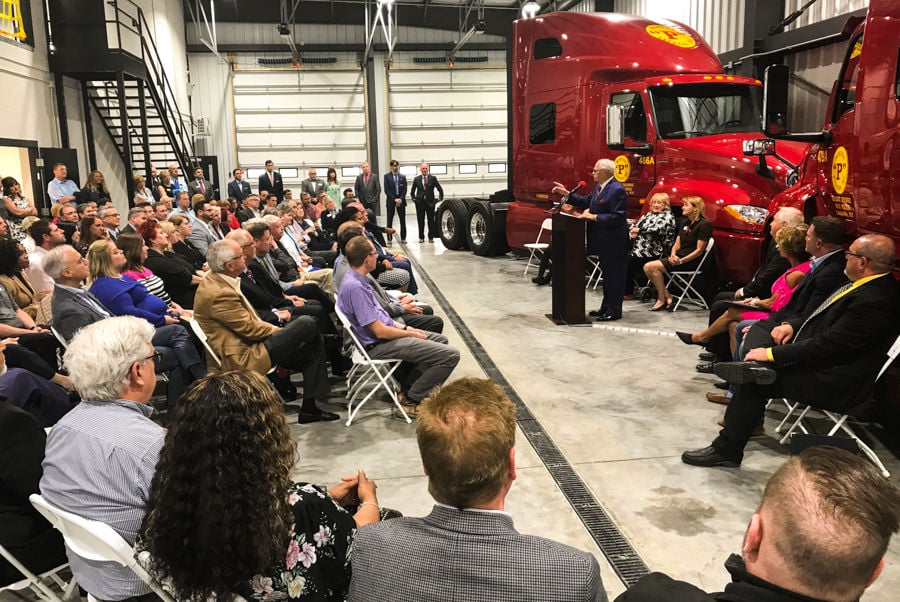 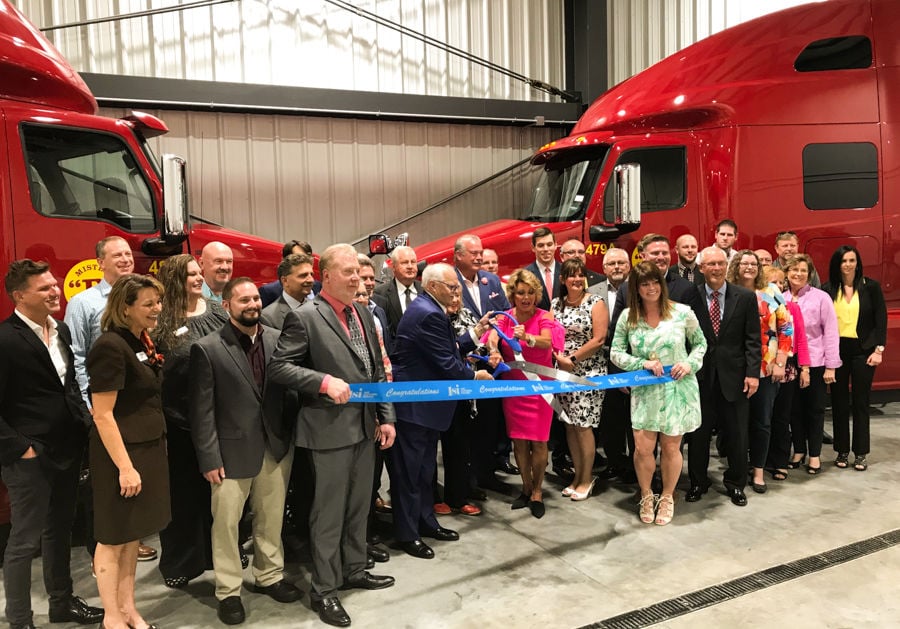 JEFFERSONVILLE — Those looking to enter the trucking industry in the Louisville area now have an upgraded facility to learn the ropes of the trade with the grand opening of the Mister "P" Express training facility in River Ridge on Thursday.

Allan Parnell, owner and chairman of Mister "P" Express, has operated a driving school since 2006, but expressed a desire to take his offerings to the next level. From this came the conception of the new facility.

"There has not been any type of real effort made to really reach the masses of people who want to drive a truck," Parnell said. "Usually, most driving schools will have a little gravel patch with one truck and a little trailer. When I first started my driving school back in 2006, I thought I was kind of running it rinky dink myself, just like most people are. So we decided to go big league here. There's a tremendous need for drivers, so we feel like today is the time to get a state-of-the-art school going. "

According to Parnell, the 35-acre lot will be able to hold 75 to 100 students at one time. Students will begin on a simulator before getting behind the wheel of an actual big rig. If students progress well, they could potentially begin driving solo roughly five weeks after enrollment.

"The first week is classroom," Parnell said. "You learn all the rules and regulations of the department of transportation. The second week, you learn every part of the truck and what everything does, and you'll master the simulator and get you out on the lot. After about three weeks, you can go and get your permit. You can legally drive with a licensed driver if you have a permit. Depending on the progress of the individual, we can go in and out in the same day to local places, maybe a 50-mile radius. After they do pretty well, maybe their fifth week, they'll go to California or Maine. Then, if an experienced driver says they're ready to go solo, buddy you're on your own."

In addition to training their own drivers, company CEO and President Cynthia Collier said Mister "P" will also connect with other area companies and educational institutions to provide training. Among those mentioned as potential and already established partners are UPS, the Louisville Water Co. and local school districts and universities.

"After five years of being in the process of getting it open, this is huge for us," Collier said. "We're all just elated to be at this point today. This has now given us the means to reach out and not only train our drivers, but be able to partner with others. All of these things are now opening doors for us to be able to expand. We'd like to handle other government work, and we'd like to work with other technical schools. I envision engaging not only with the drivers, but with diesel tech programs, which is part of what we're looking at with Ivy Tech."

Wendy Dant Chesser, president and CEO of One Southern Indiana, spoke highly of Mister "P" Express' plans for the future, noting that the company is ahead of the curve in how it can connect with the surrounding community.

"I think this is a trendsetter in the way that a company has looked at its own needs, but also in a way it can give back to the community by doing above and beyond whatever's necessary," Chesser said. "When Mister "P" Express said we're thinking about building a training school to train our drivers and other drivers that will serve the community, I got goosebumps. That's not what you hear most for-profit companies say. They're usually asking what you can do for them or how they can use the system to get better. [Mister "P"] is saying they want to contribute to the system and add more value so the community as a whole can benefit."