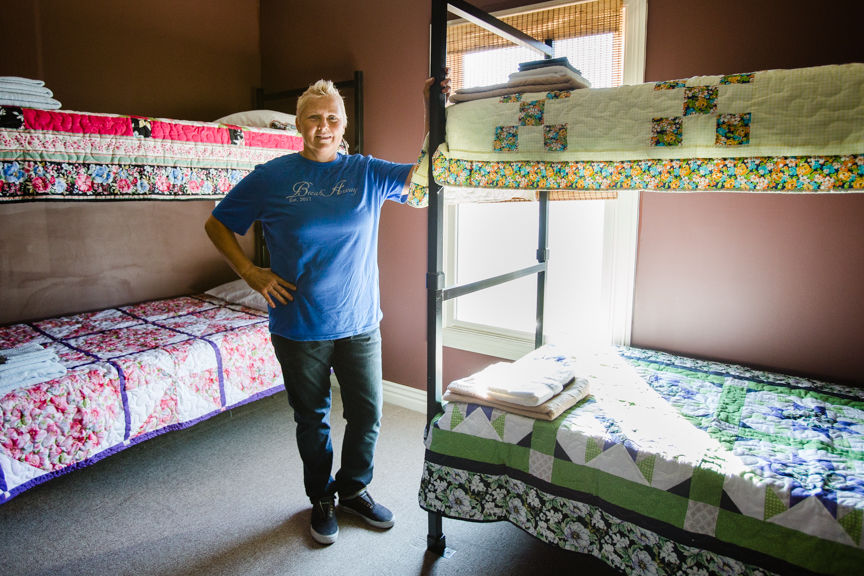 The BreakAway's Executive Director Lisa Livingston poses next to a bunk bed in one of the finished bedrooms at the halfway house in New Albany on Tuesday. 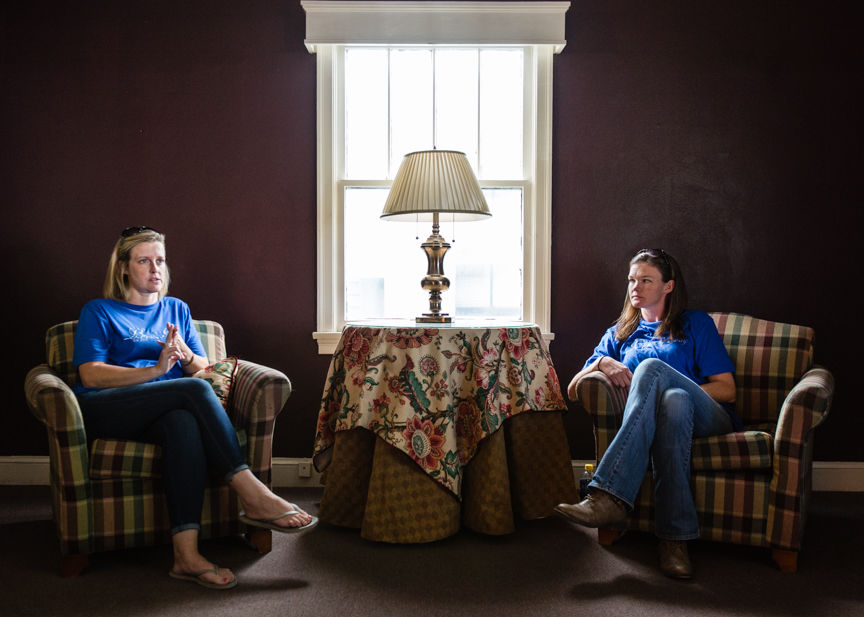 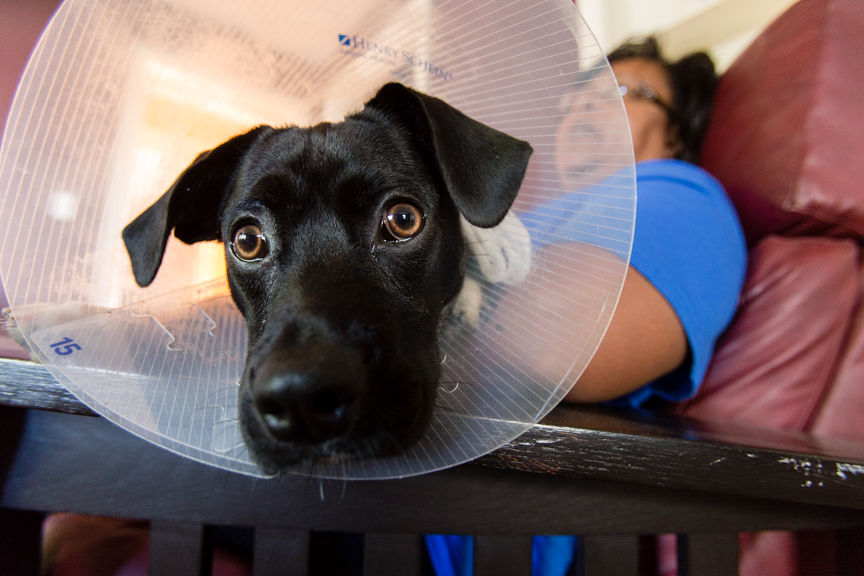 Harley is The BreakAway's house dog. He is nine months old and will bring comfort to the residents. 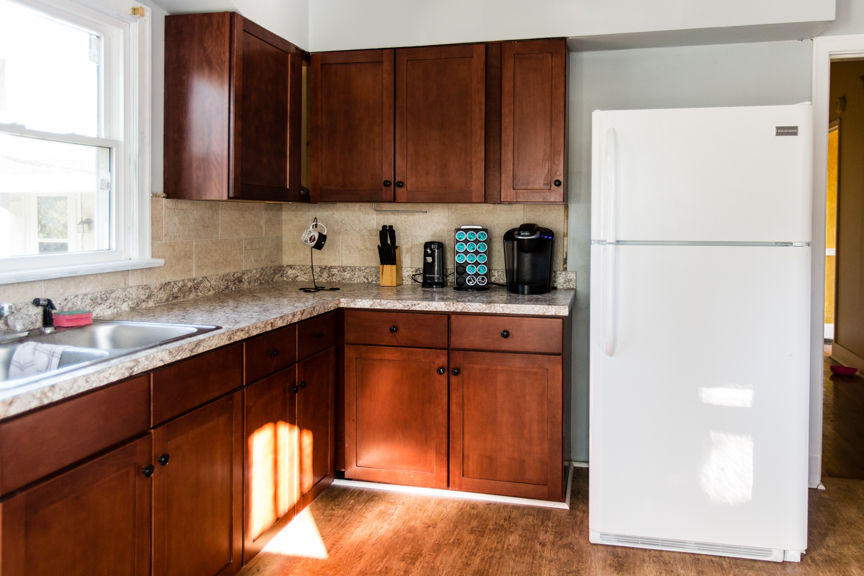 The finished kitchen at The BreakAway has two refrigerators and a coffee maker so far. 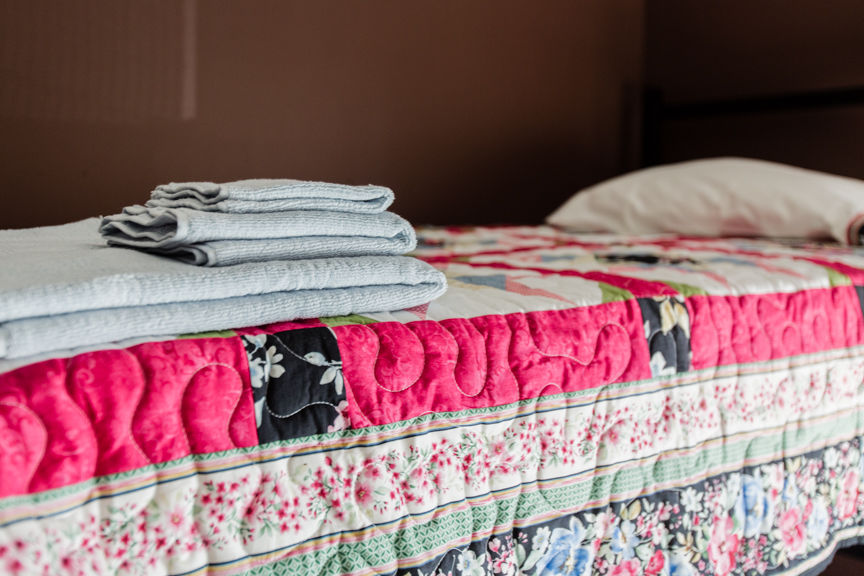 Clean, folded towels sit at the foot of a bed in one of the finished bedrooms at The BreakAway. 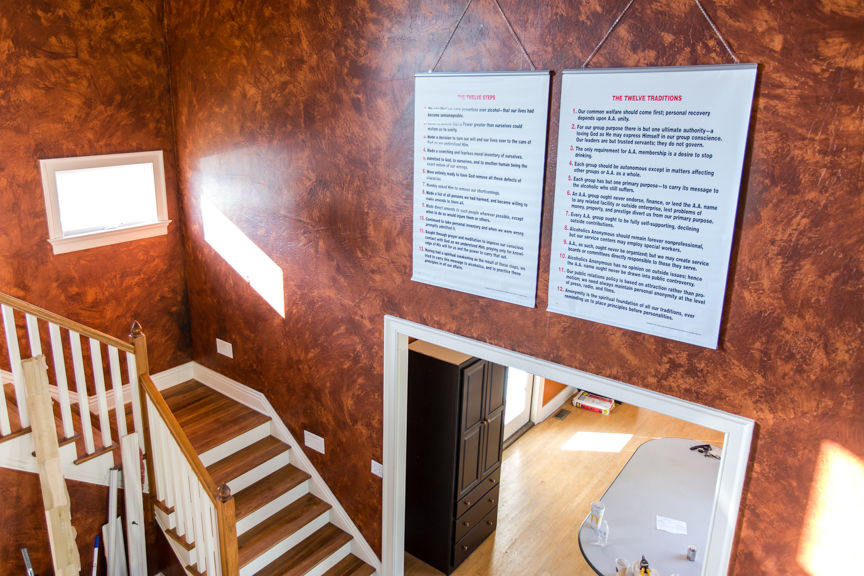 Hanging over the main entrance of The BreakAway are two banners that feature "The Twelve Steps" and "The Twelve Traditions" of the rehabilitation program.

The BreakAway's Executive Director Lisa Livingston poses next to a bunk bed in one of the finished bedrooms at the halfway house in New Albany on Tuesday.

Harley is The BreakAway's house dog. He is nine months old and will bring comfort to the residents.

The finished kitchen at The BreakAway has two refrigerators and a coffee maker so far.

Clean, folded towels sit at the foot of a bed in one of the finished bedrooms at The BreakAway.

Hanging over the main entrance of The BreakAway are two banners that feature "The Twelve Steps" and "The Twelve Traditions" of the rehabilitation program.

This story has been edited to correct the date when BreakAway Executive Director Lisa Livingston received the property at 1514 E. Spring St. It has also been edited to clarify the number of women allowed to reside in the halfway house.

NEW ALBANY — The three women in the highest ranking positions at the BreakAway, a New Albany recovery home for women opening soon, all know what it’s like to struggle with — and buck — addiction.

Casey Schaffer, the assistant director, got sober on July 15, 2013. Janis Barnett, the recovery house’s director, celebrates her tenth year of sobriety on Nov. 12. And Lisa Livingston, the BreakAway’s executive director, has been drug and alcohol free since Aug. 6, 2013.

Although recovery came at different times for each of them, since they began it, the three women have dedicated their time to teaching others how to do the same.

Livingston remembers sitting on the porch of the Bliss House in Jeffersonville, the recovery home that inspired the BreakAway, telling Schaffer that she wanted to start her own program. At the time, Livingston described herself as a taker.

“And today, I get to do God’s work, and I get to see these women recover and the lights come on, and they get to be mothers again and sisters again,” she said. “That’s what excites me.”

Livingston hopes that the BreakAway, located at 1514 E. Spring Street, will be ready to open in two weeks with an actual move-in date for residents of late-October or early-November.

Residents at the house won’t be accepted until they’re 30 days sober. Once at the BreakAway, they’ll get a job outside of the home and return in the evening to take recovery classes. The rules of the home will model the Bliss House, which has also supplied some of its founders and associates to serve on the BreakAway’s board of directors.

On Thursday, Livingston will be holding a public open house at the BreakAway, which Schaffer sees as her team’s chance to connect with the community.

The BreakAway has been in Livingston’s hands since March. She originally talked of opening in May, but construction on the house and the organization of the home’s program have taken longer than she expected.

Still, she’s not too upset about how long it’s taken.

“We’re doing everything right,” she said. “That way we know for sure that this place is going to continue on for a long time…”

In three years, the BreakAway hopes to qualify for a First Harrison Bank grant  that would allow them to add-on to their existing building.

So far, the feedback the BreakAway has received from the community has been mostly positive. Professional women have offered up their volunteer services to the program as yoga instructors and cooking teachers. Local businesses have donated construction supplies and furniture. Livingston has even managed to change some, but not all, of her neighbors minds about the home. (Several residents signed a petition in opposition of the recovery home before Livingston received City of New Albany approval for the BreakAway in March).

The consequences of addiction can be devastating. While Livingston is a different person than the one she was while taking drugs, her past still follows her.

Livingston faces charges of drug dealing in Orange County from when she was an addict. Four months after she was sentenced, a judge sent her to the Bliss House. Since Livingston graduated, the court has pushed back her case, keeping her from prison time. While waiting, Livingston took action. She devoted her time and money to her construction business, volunteering with community corrections and opening the BreakAway.

Now, as she prepares to open the recovery home, she’s being called back to Paoli, Indiana, for a decision on her previous charges. She meets today with the Orange County prosecutor to discuss her fate.

After the meeting, Livingston hopes to continue working at the BreakAway while doing other kinds of community service. But that might not happen for her.

If she goes to prison, Schaffer said that the BreakAway will open without Livingston, as much as Schaffer doesn’t want it to. Whatever happens, Livingston, as well as Schaffer and Barnett, are still inspiration to those in the same place they used to be.

Heather Crawford is a Southern Indiana resident and one of the first six women to be accepted into the BreakAway.

“I’m hoping I can be where they’re sitting one day, to be honest,” she said.

The BreakAway received 125 applications since March from women who wanted to join its program.

Once Livingston finds out how the six women adjust to the house, she hopes to bring in more. Because she hopes for the BreakAway to become an Indiana Recovery Works program, only around 18 women will be allowed in the home total. That certification requires there to be only so much square feet  per resident. The home is only allowed to house 18 women regardless because of Indiana building and fire regulations.

Crawford has been sober since May 25, but even though she goes to work and recovery classes, she doesn’t feel like she’s where she needs to be. She hopes the BreakAway helps with that.

“I’ve got to work on me,” she said. “There’s a lot that, you know, I resent that I’ve done, and I’m hoping this program will help me learn to cope in society again because I have struggled.”

Barnett offered her — and Livingston and Schaffer — words of encouragement.

From a big bridge announcement to a UofL shakeup, here are Digital Editor Elizabeth DePompei's picks for the top five headlines of the week.