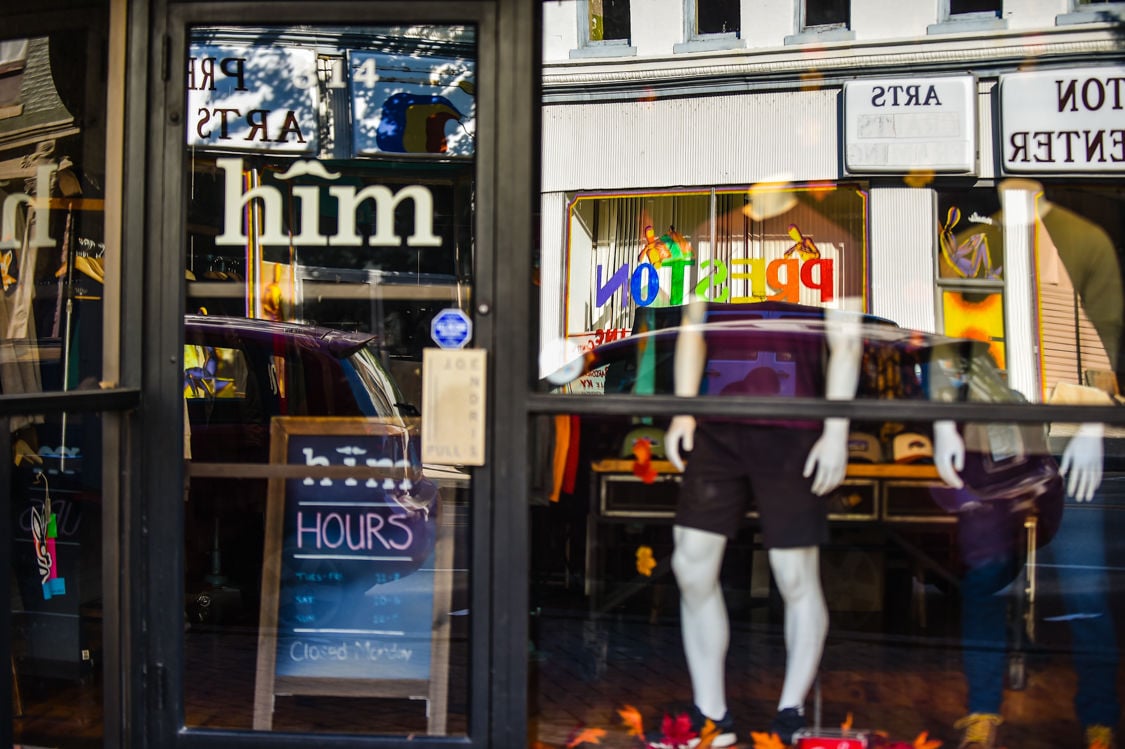 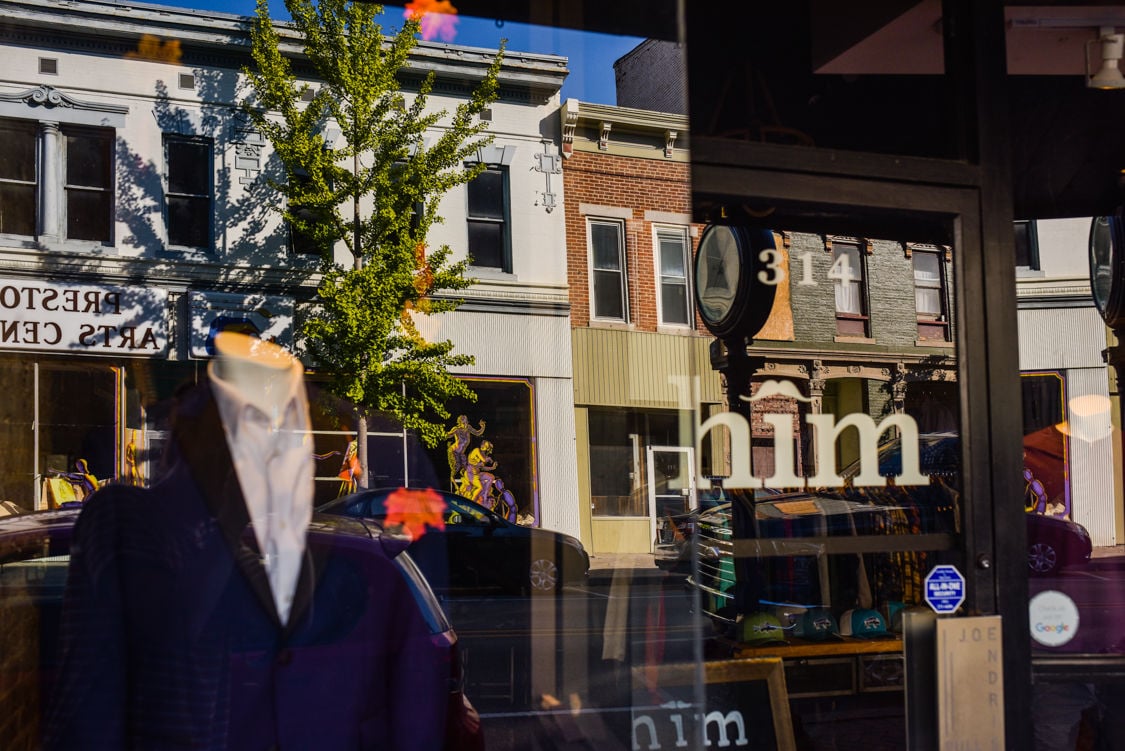 NEW ALBANY — For eight years, the former Preston Arts Center building in downtown New Albany has stood vacant. But with the growth of two local businesses, the space will be given new life.

The owners of Him Gentleman's Boutique and Mane Alley Color & Extension Bar in New Albany have bought the empty building at 315 Pearl St., located just across the street from their current locations on Pearl Street. Construction is expected to last three to four months, and couple Ross Wallace and Diana Hylton plan to move their two businesses into the building by early 2020.

Hylton said since Him opened, they have seen the empty storefront of Preston Arts Center each day, and they would think about how they wanted the space to come back to life. She used to shop there when she attended art classes in high school and college, so the building has always stood out to her.

The couple is excited to see the lights turned on in the building again.

Wallace opened his men's retail store at 314 Pearl St. about three years ago, and since then, Him Gentleman's Boutique has already expanded to another shop on Frankfort Avenue in Louisville. A year and a half ago, Hylton opened Mane Alley, a specialty salon focused on hair extensions, in the 500-square-foot space located in the back of Wallace's New Albany shop.

The couple started seriously considering the purchase of the building earlier this year. As they move into the Preston Arts Center building, Him Gentleman's Boutique will double in size, and Mane Alley's salon space will increase to 2,000 square feet. They will be sharing 7,000 square feet on the main floor of their new space.

They didn't originally expect their businesses to grow this much. Wallace said over the past three years, his current space has become a little crammed as he adds more clothing lines and products. With the bigger space, he hopes to expand the boutique's offerings for wedding parties, and he will be able to add even more new lines.

"If someone doesn’t like something I have in there now, if I bring more lines in, maybe I can relate to more people," he said.

Hylton said her team at Mane Alley has grown rapidly since the salon opened, and they are now "really bursting at the seams." The salon will continue to specialize in hair extensions, and with the new building, they will be able to have a more open space and additional storage. She also hopes to invite stylists and artists to the business for educational events such as color classes.

Wallace and Hylton said they have both received tons of support from the New Albany community. In addition to operating their businesses in the building, they plan to convert the upper floor into apartment space and live above their shops.

"This is our home for sure," Wallace said. "This is store No.1. We care so much about it, and we're going to live above our properties."

Hylton said they have been excited to see growth of business on Pearl Street, including additions such as Longboards Taco & Tiki, Underground Classic Cuts and the upcoming Recbar 812.

"For so long, this particular block was so vacant, and just to see it come to life — and for us to be able to take that big portion of it with the Preston’s building — it’s super exciting," she said.

The couple closed on the property last Wednesday, and they are working with local contractor Justin Denison to renovate the building. They have seen historic photos of the building when it was home to the J.J. Newberry Co. 5 & 10 Cents Store, which will serve as an inspiration for the redevelopment of the space.

"I don't think anything has been upstairs in 40 years — it's been completely empty, and then downstairs was partially [demolished] already," Hylton said. "We were going to demo it anyhow, so it's going to be an empty shell for us to do what we need to do."

Both of their businesses have been greeted with open arms in the community, including local businesses, she said. As they advance with their new project, they look forward to a new "adventure."

"So taking on this project for us is just another way to do something that might seem big and scary, but for us it is just really fun to do as a team," she said.

The couple, who are getting married in October, look forward to working together in their new building.

"She’s my best friend, so it’s awesome working with her day to day," Wallace said.

"I couldn’t do it without him, and I would never want to do it with anyone else," Hylton said. "Just him and I together —it’s been so amazing to see what we can bring out of each other, because it’s support. There’s no sort of competition or jealousy or combativeness. We support each other and each other’s dreams, and we want each other to succeed on every level."