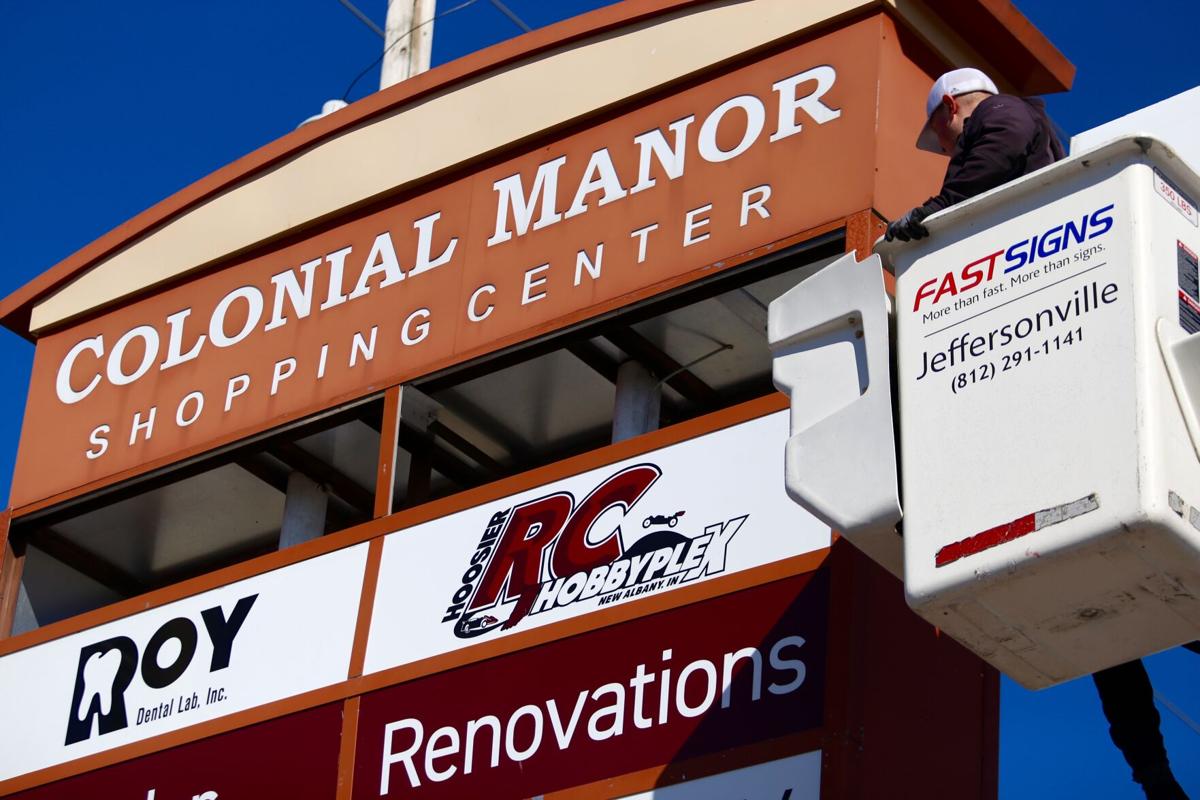 Aaron Dupre from FastSigns of Jeffersonville changes out boards Tuesday for the Colonial Manor Shopping Center. The Indiana Bureau of Motor Vehicles and the Indiana Department of Child Services will open offices at the center possibly as early as next week. 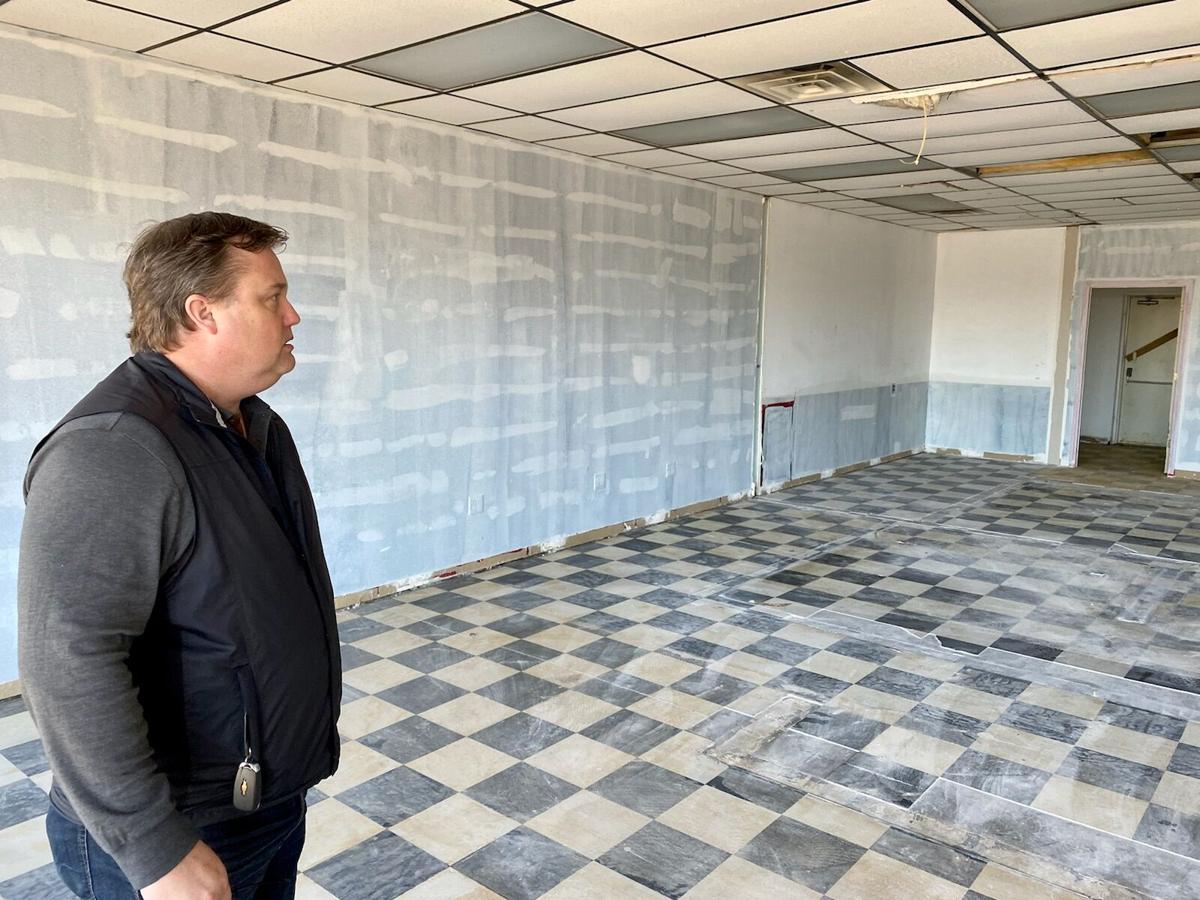 Brian Forrest, owner of the Colonial Manor Shopping Center and partner at Hoagland Commercial Realtors, views the inside of what will be a clinic for LifeSpring Health. 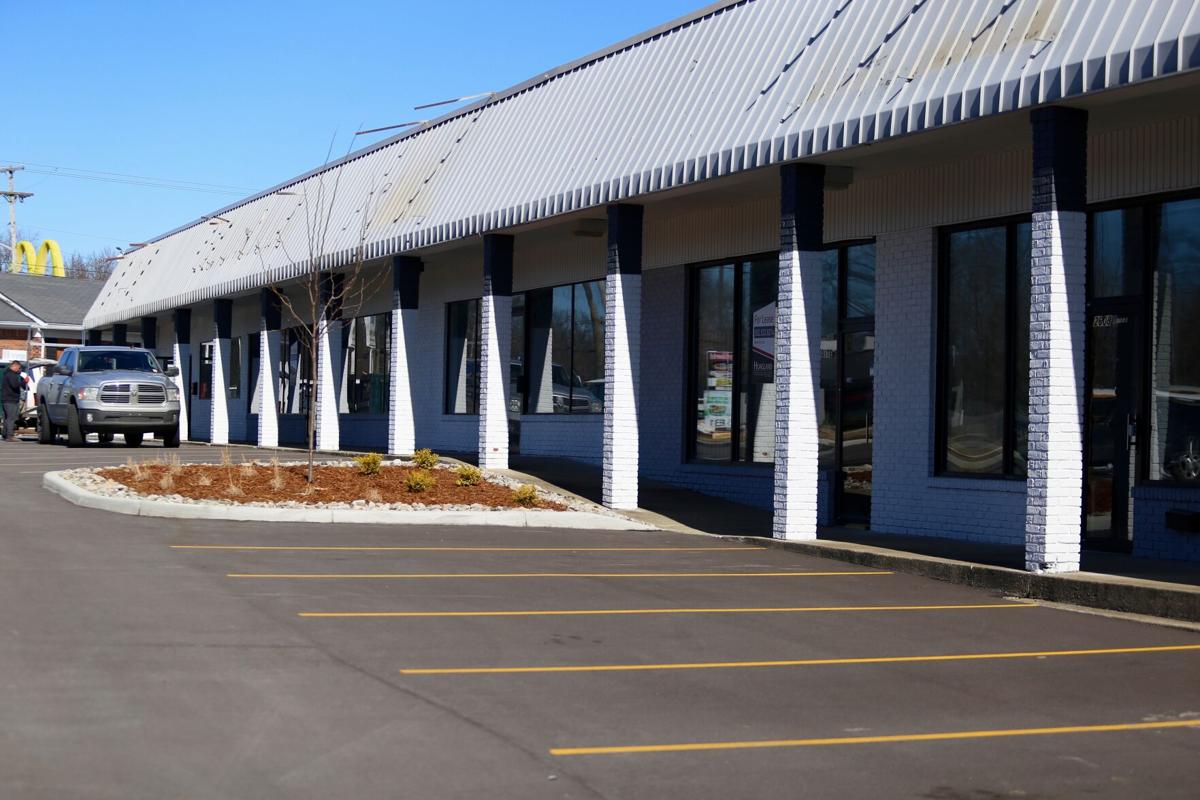 The building that will house the LifeSpring clinic is on the northwestern portion of the Colonial Manor property. One portion of it will also be occupied by a restaurant. 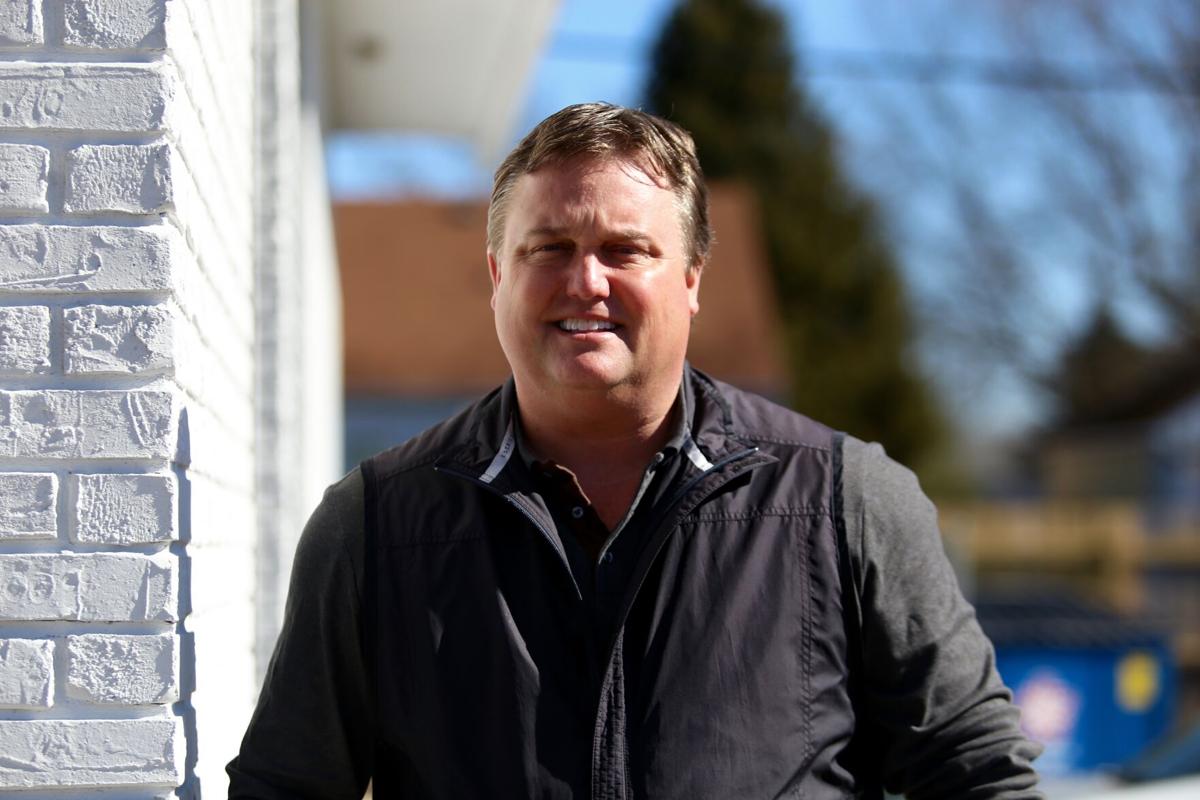 NEW ALBANY — The New Albany Redevelopment Commission pledged $350,000 on Tuesday to the build-out of an affordable health care facility in the Colonial Manor Shopping Center.

As long as the contract passes legal review by all parties involved, New Albany will partner with LifeSpring Health Systems and Colonial Manor owner Brian Forrest to bring a 10-unit clinic to the location to provide medical and mental care services to patients regardless of their ability to pay.

The city announced the project last week, but it still required the commission’s approval as it controls the funding needed to make it happen.

“We have seen our primary care market really grow almost 30% each year from the 47150 ZIP code over the last few years. We know that the folks in Floyd County really need to access affordable care and we don’t think they need to come to Clark County to do it.”

The money designated by the commission comes from federal Community Development Block Grant funds. The city received extra CDBG funds through the CARES Act for pandemic relief and has previously used the source for efforts including utility assistance for residents through the New Albany Trustee’s Office.

Opening the clinic, city officials said, is a way to serve those in need of medical care through a provider that staffs professionals with cross-disciplinary skills.

“We don’t always see that with providers,” said commission member Adam Dickey to Keeney during the virtual meeting.

“They may just be general care or cover one specialty area, and I like the fact that we’re getting more of a comprehensive service with your extensive network throughout the community.”

LifeSpring has offices in multiple cities in Southern Indiana, but Keeney said each is unique and adaptable to the needs of the specific community.

The redevelopment commission’s commitment is specifically for the construction of the clinic and the deal is for at least five years. The commission will accept bids and once a contractor has been awarded the work, Forrest said the clinic could be ready to open in another 90 days.

LifeSpring’s commitment is the latest in a series of new tenants for Colonial Manor. The center was in need of upgrades and had several vacancies when the city agreed in early 2020 to spend $1 million in infrastructure improvements in exchange for Forrest’s financial commitment to reviving the property after he took ownership of the site.

The building that will house the LifeSpring clinic is on the northwestern portion of the property adjacent to the largest structure at Colonial Manor. The building will also be the home of a locally-owned bar and grill that will open in the coming months. The restaurant will be called Legends Cafe.

In the main building where the RC car track is located, two new tenants are slated to open offices as early as next week. The Indiana Bureau of Motor Vehicles and the Indiana Department of Child Services will be moving to separate spaces in adjoining offices.

Negotiations are ongoing to bring more tenants to the center, which is located off Charlestown Road.

Forrest, who helped lead the effort in revitalizing Jeffersonville’s Quadrangle in 2003, said residents living near Colonial Manor have been overwhelmingly supportive of the renovations and the LifeSpring announcement.

“This project is turning out great,” he said. “I’ve never had so much positive reaction from the neighborhood on any project I’ve done.”

In a news release issued Thursday, Mayor Jeff Gahan lauded the partnership with Forrest and LifeSpring.

“LifeSpring excels at providing mental and primary health care services to people regardless of their ability to pay,” Gahan said. “We are excited to play a role in helping bring their services to the new Colonial Manor center in New Albany. We are looking forward to their grand opening soon.”