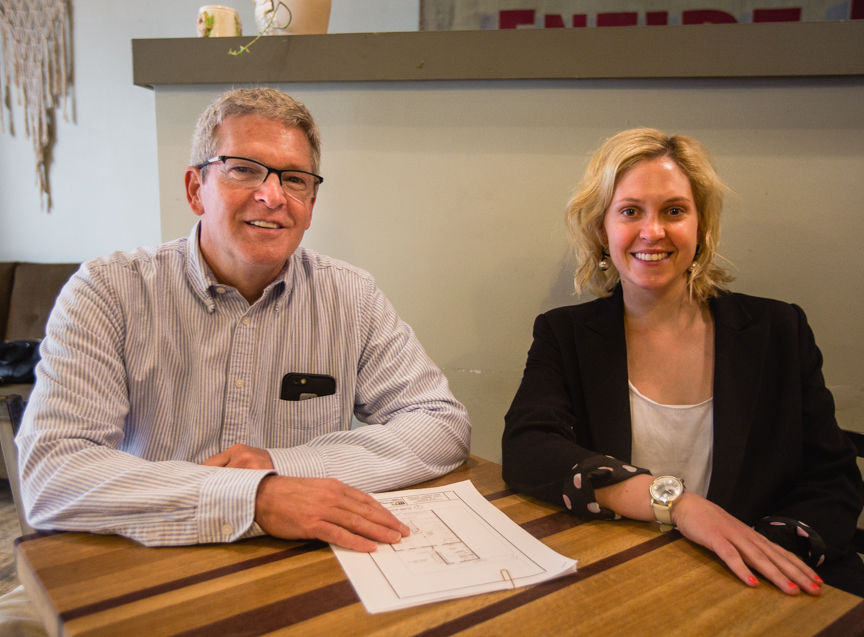 Mark Morrissey and his daughter Brigid Morrissey are the father-daughter team behind The Root, a co-workspace set to open in New Albany. 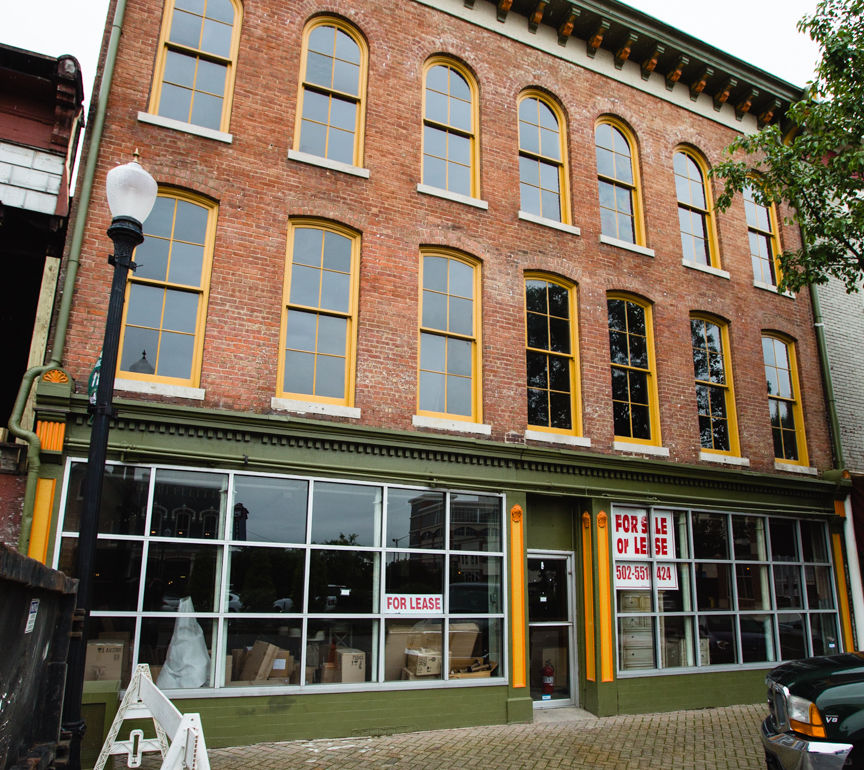 The Root will be located at 110 East Market St. in New Albany.

Mark Morrissey and his daughter Brigid Morrissey are the father-daughter team behind The Root, a co-workspace set to open in New Albany.

The Root will be located at 110 East Market St. in New Albany.

NEW ALBANY — Mark Morrissey didn’t know what a coworking space was a few years ago. His daughter, Brigid Morrissey, had to explain it to him.

Now, the two locals are opening one in downtown New Albany — and they’re trying to educate others on what it is and why they believe it’s such a good idea.

“I’ve learned a lot about it,” Mark said. “So I’m confident that anybody who knows nothing about it will know as much as I do eventually.”

At the Morrissey’s 110 E. Market St. coworking space, called the Root, independent workers, such as freelancers and building-less business owners, will be able to work away from home in comfort and collaborate with other members.

The Root is a timely enterprise as 29.3 million people in the United States worked independently either full- or part-time in 2016, according to MBO Partners’ annual State of Independence study. That number is expected to grow to 34.1 million by 2021 — constituting 29 percent of the private, non-farm workforce.

Brigid realized the possibilities early on when she first heard about coworking as a student at Furman University in Greenville, South Carolina.

“The workforce is shifting in that direction where you kind of need flexibility,” she said. “And I think the millennials, we’re used to kind of working in comfort, and we love that community aspect — that social aspect of working.”

The Root, which is scheduled to open this fall, will consist of three floors and a basement in the newly renovated building that once housed the Old Ace Loan & Sporting Goods store.

The first floor of the 8,000-square foot building will be available to all members and include plenty of types of workspaces and seating for members — from comfortable couches to high desks adaptable for standing. The first floor will also hold phone booths for private calls, a break area with complimentary coffee, snacks and water and an adjoining courtyard for those who want to work outside.

A stairway will lead to The Root’s second floor, located on a mezzanine. The second floor will feature glass conference rooms and five private offices, or “premium suites" available for rent.

The third floor will include nine private offices.

“I just think we’re unique in that we have both,” Brigid said. “I don’t think that a lot of places offer both private offices and this open space.”

She envisions more established businesses inhabiting the private offices — or lawyer-types. Whoever they are, Brigid said that they’ll still be a part of the coworking space.

“Everybody is part of our community,” she said.

That philosophy extends to the types of independent workers the Morrissey’s want to accommodate for at The Root.

“You know, I think coworking spaces tend to have their niche, whether they’re techy or it’s all photographers or things like that. But we would like to stay away from that,” Brigid said. “We would like to include as many fields and careers as we can just because we want to be a thriving ecosystem.”

“It’s kind of a mutually beneficial type of relationship where we hope that our members will be able to help each other,” Brigid said. “So it’s a great way to network and to kind of support each other’s business.”

The Morrissey’s also hope to provide nutrition or yoga classes to members (to help them be healthy and thrive at work and in life), as well as guest speakers.

“We kind of want to be a vessel of information for people,” Brigid said. “You know, there are so many cool things going on down here and a lot of people don’t know it. And so we want to be a way for people to hear about the goings on and to get involved”

As for The Root’s basement, it doesn’t have a concrete purpose yet. The Morrissey’s are considering turning it into a member lounge, but they’re also interested in renting the space to local college professors for classes.

“We want to kind of bridge the gap between the downtown area and the college atmosphere,” Brigid said. “So we want to benefit students in any way possible.”

Helping others is a constant theme for Brigid and Mark’s plans for The Root.

“This community has given us a lot and so we think that we could use this platform to kind of give back,” Brigid said.

Give back by not only providing students a place to learn, but by giving new businesses a place to start.

“We want them to grow roots in the community and to grow into a successful business,” Brigid said. Hence The Root’s name.

The Morrissey’s are currently looking for The Root members. Memberships cost $135 per month for full-time members and $95 per month for part-time, which would limit their access to The Root to two or three days a week.

Monthly rentals for The Root’s private offices will range from $240 to $525 depending on the suite’s size.

The Root will accept at least 50 members with the possibility of accommodating for 100.