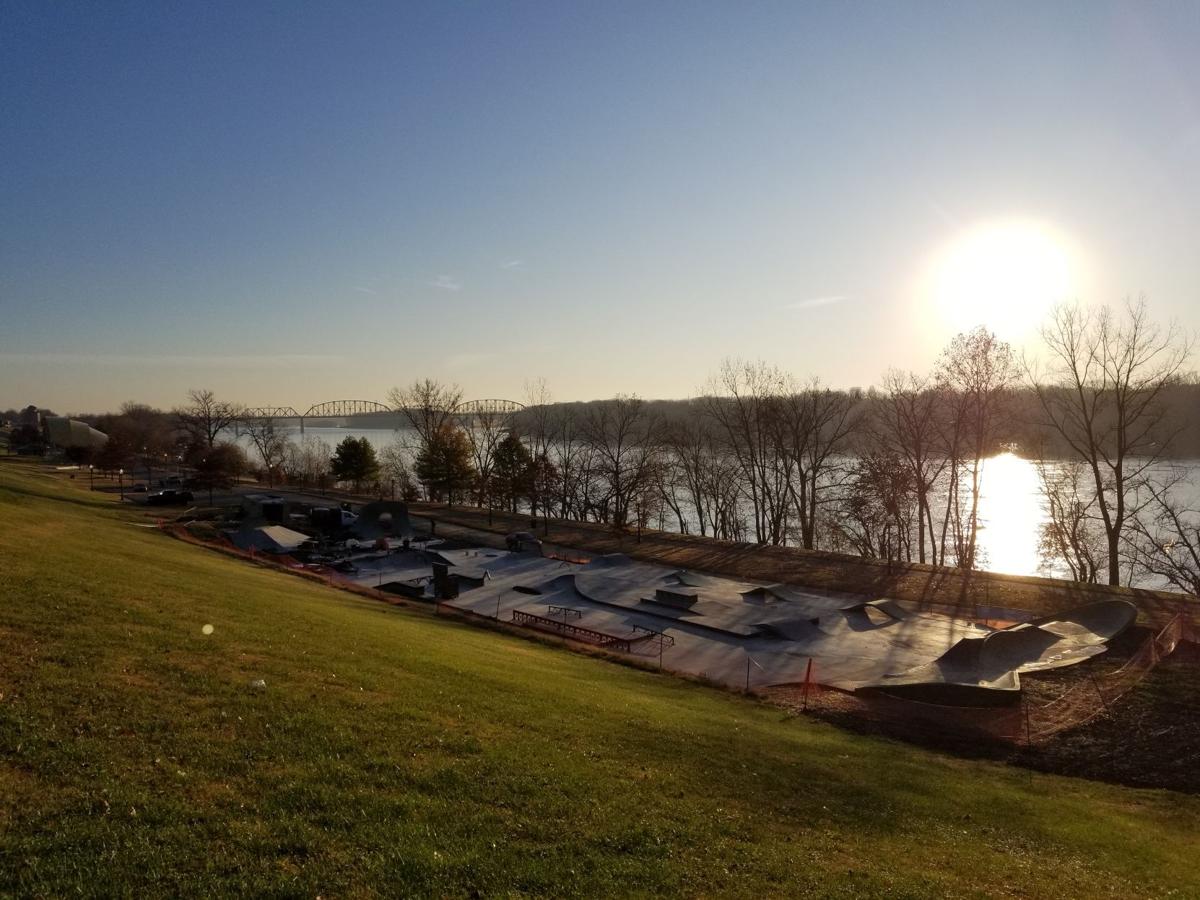 The New Albany Flow Park, a skatable work of art, is slated to be open by the end of December. 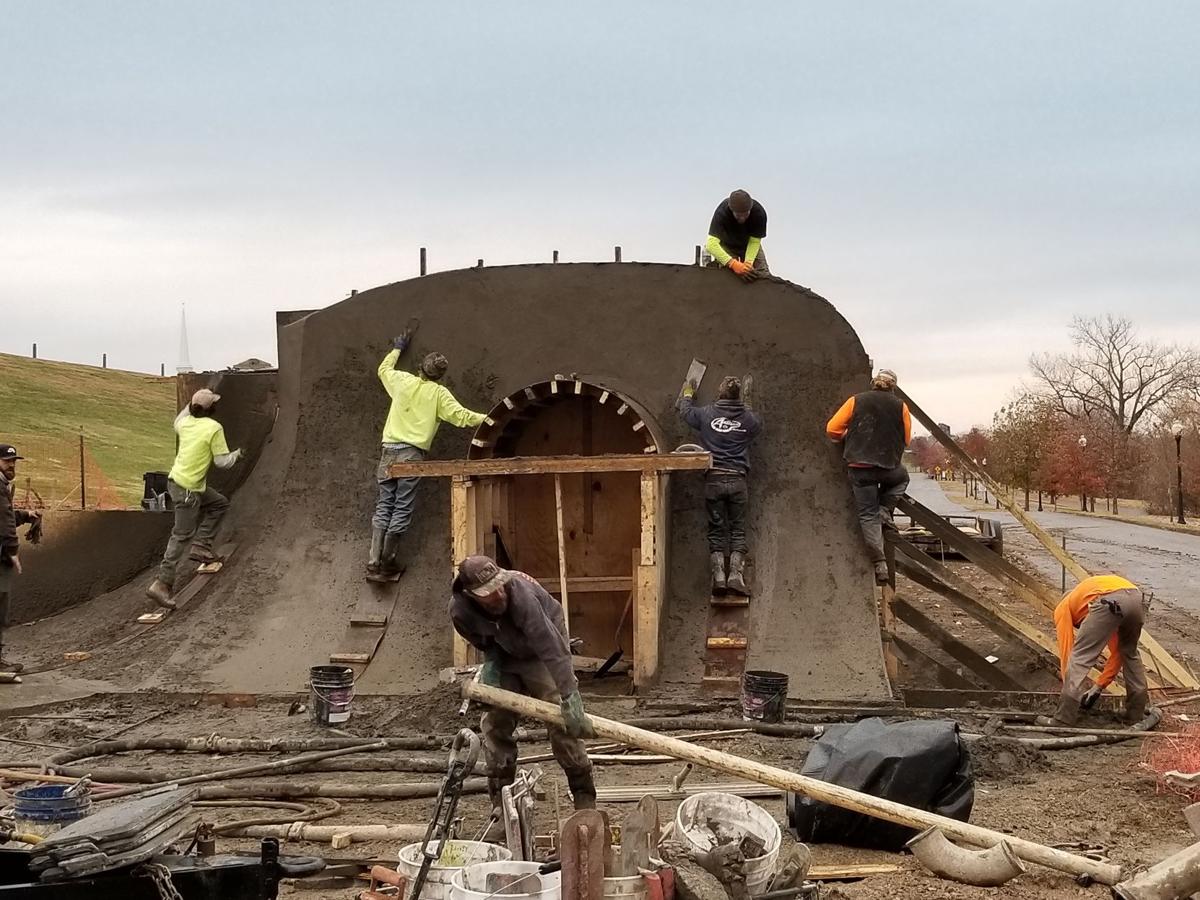 The New Albany Flow Park, a skatable work of art, is slated to be open by the end of December.

NEW ALBANY — Local skateboarders itching to test the New Albany Flow Park won't have long to wait — the project is slated to be done by the end of the month and expected to be a big draw for both hometown and touring skaters.

The concrete has been poured and a lot of what's left before opening is detail work at the skatable public art project, Dan Pfalzgraf, curator at the Carnegie Center for Art & History in downtown New Albany, said.

"Right now we are real close to hitting the finish line," he said. "I'm kind of speechless, to be completely honest — it's unbelievable and just seeing all the comments online and people [talking] about it, it just really validates the impact it's going to have on people."

The flow park, a $500,000 reboot to a park built overlooking the Ohio River at the New Albany riverfront in the mid 1990s, is a project led by the Carnegie Center for Art & History, built by Bloomington-based design team Hunger Skateparks.

Pfalzgraf, a skater who grew up in Southern Indiana before moving away for a time, helped spearhead the project in his role at the Carnegie more than four years ago. At the time, some of the area's public art had been pieces that would be deconstructed after a few years and Sally Newkirk, who was director at the time, had asked him to look for new ways to showcase public art in downtown New Albany.

"So [I was] looking for something that was a little bit more permanent in nature but wasn't so static, that people would actually be able to engage with," he said. "The skatepark really brought it to light."

Pfalzgraf said he thinks it could even draw pros and amateurs from outside the region.

"One thing about skate parks is that people will travel to them because no two are alike," he said. "This park has things unlike anywhere else in the world...particularly the setting next to the bridge and everything is going to be huge for the atmosphere of it."

Noah Hulsman, owner at Home Skateshop in Louisville, said he's looking forward to skating the new spot, and he knows plenty of others are too. The upgrade will be a welcome addition to the regional skateparks many people travel to, including the 40,000 square foot park in Louisville built in 2002.

"It's such a cool thing to have something like this in this area," Hulsman said of the New Albany park. "As far as skateparks, this is more of a street plaza, [that] is what we would call it. There's a lot more street obstacles — rails and ledges and stairs...cool features like the snake run thing and the keyhole carve. There's just nothing like that around here."

But it's more than just the amenities that make the park special to Southern Indiana and Louisville skaters. The former park was the spot where Matt Brewer, a New Albany skater who inspired and taught so many, spent much of his time. He died last August after being hit by a vehicle on Spring Street while he was skating.

Those who knew him — and there were many — know the heart of that park was Brewer. He was also on the front lines of the new park getting built.

"When I first contacted [Noah] Hulsman, he was very clear," Pfalzgraf said. "He said 'this sounds like an absolutely fantastic idea but whatever you do, you're going to have to get Matt Brewer on board because that is his park.'"

That wasn't difficult, Pfalzgraf said. Now, those involved with the project are working to make sure he will be memorialized at the park, although details are not finalized in exactly how.

"I still remember the look on his face when we released the renderings of the park," he said. "He scanned every inch of those renderings and he was so looking forward to it. He was so excited about it.

"He will always be tied to that spot."