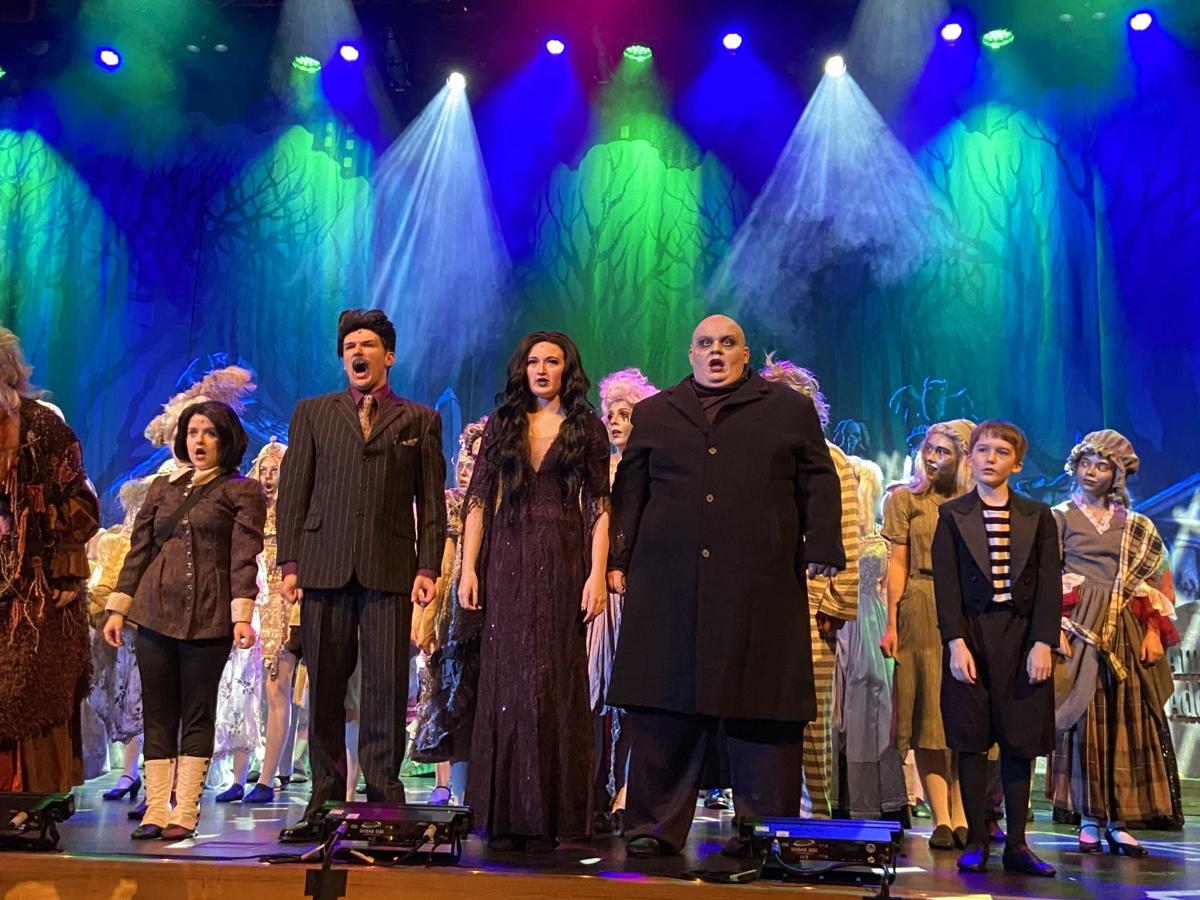 The cast of New Albany High School’s “The Addams Family” performs the musical’s opening number Monday during the first dress rehearsal for the play. 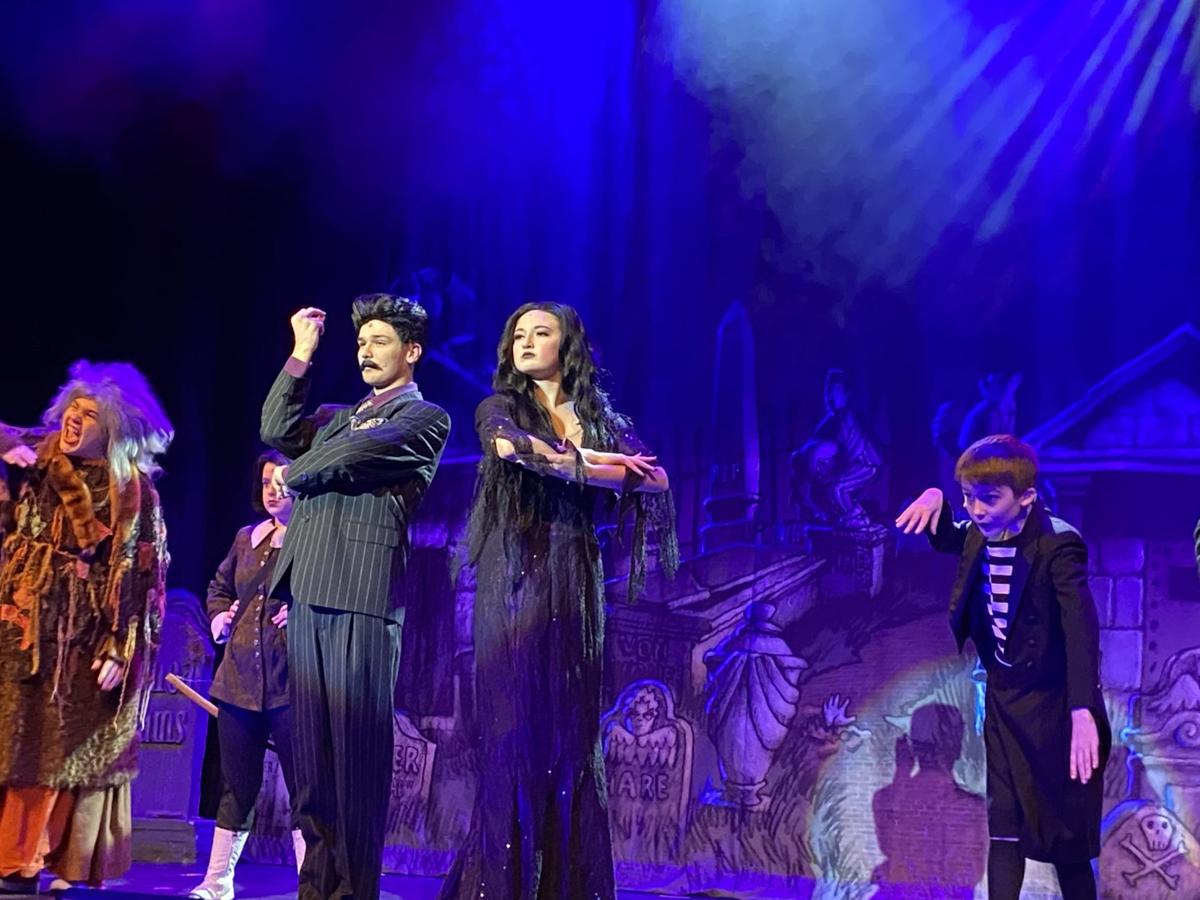 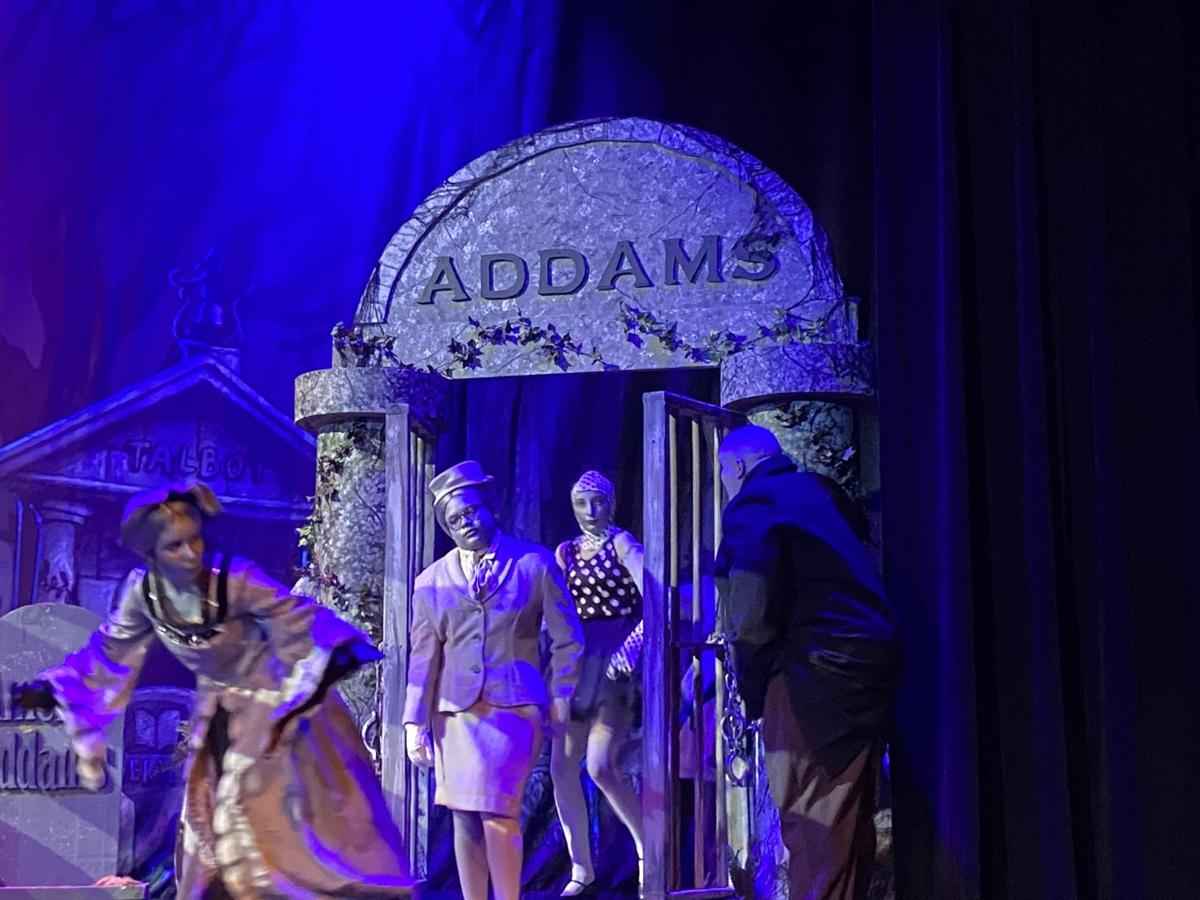 The dead emerge from a crypt in the opening number of “When You’re an Addams” during Monday’s dress rehearsal of “The Addams Family” musical at New Albany High School. The show opens Friday. 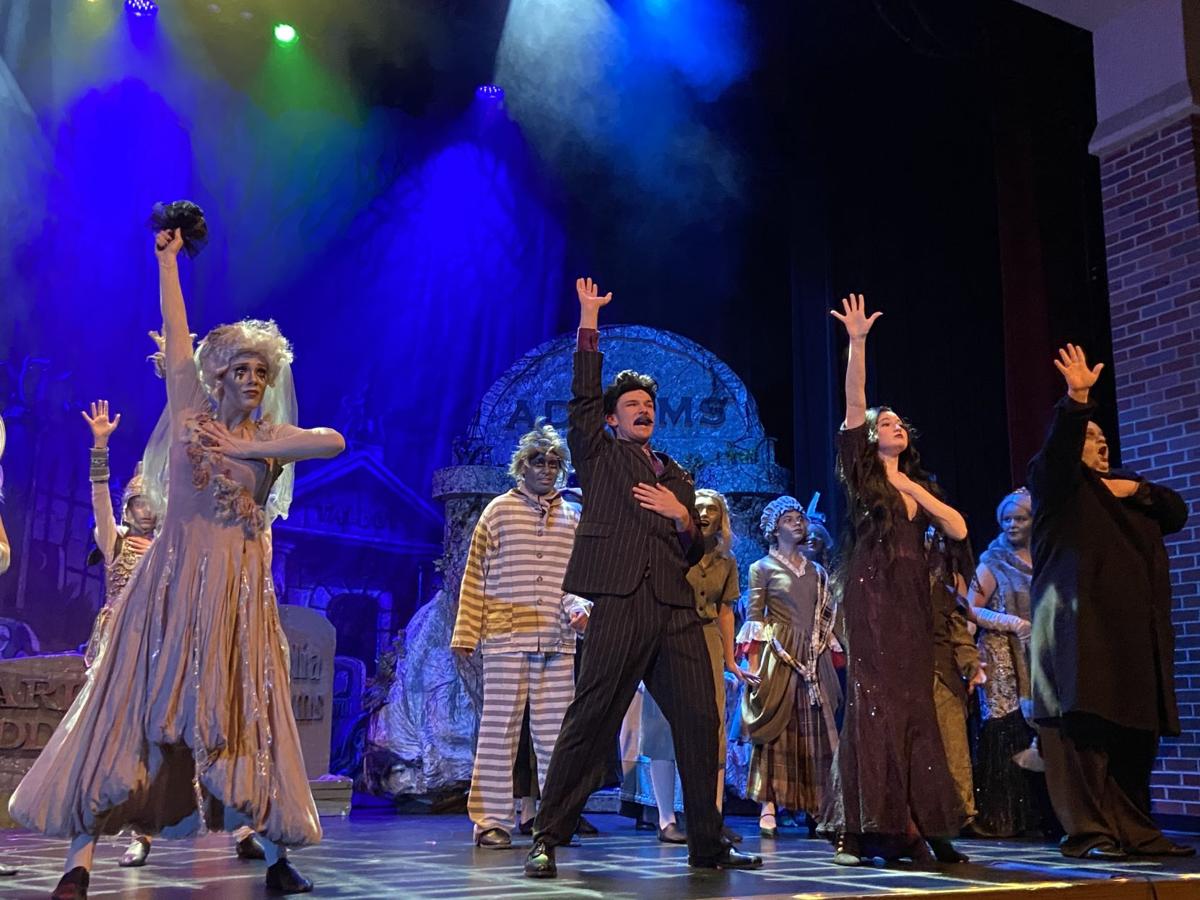 The cast of New Albany High School’s “The Addams Family” performs the musical’s opening number Monday during the first dress rehearsal for the play.

The dead emerge from a crypt in the opening number of “When You’re an Addams” during Monday’s dress rehearsal of “The Addams Family” musical at New Albany High School. The show opens Friday.

NEW ALBANY — Students at a local high school are bringing a iconic family of macabre characters to life through a contemporary musical filled with special effects, dance and comedy.

New Albany High School Theatre Arts’ production of the “The Addams Family” opens this week. The musical is based on the household of characters created by cartoonist Charles Addams, who were also featured in a 1960’s television series, numerous films and other adaptations. New Albany’s production opens Friday night.

Amy Miller, theater director at New Albany High School, said students have been asking to perform the musical for several years, and the group has been excited to stage the production. More than 50 student actors are featured in the play, as well as a crew of 15 to 20 technical students.

The musical includes the classic “creepy” and “kooky” characters such as Morticia and Gomez Addams, their children Wednesday and Pugsley, Uncle Fester and more. In this production, Wednesday has grown up and fallen in love with a young man from a normal, respectable family, and she invites his family to dinner for the two families to meet.

Miller said the students have been working to create a “visually stunning” production with an elaborate set of the Addams Family’s mansion and puppetry ranging from Venus flytrap to a “monster under the bed” that takes several people to operate.

“It’s been a blast to work on primarily because there are a lot of fun special effects and puppets,” Miller said. “There are big show numbers and lots of dance. It’s been very fantastical to bring this one to life.”

Miller said her students have created a strong ensemble production, and they worked outside rehearsals to “dig in deeper” into the characters.

“The talent in this show is just outstanding,” she said. “The kids have really put in a lot of research and time to recreate the classic characters.”

It is a highly-technical production, and the tech crew have been working even earlier than usual in rehearsals to choreograph the show’s effects, since there are many moving parts, Miller said.

“The Addams Family” is a completely different type of production than New Albany Theatre Arts’ fall musical, “My Fair Lady.” New Albany was selected to perform a new version of the musical on the main stage of the International Thespian Festival in June — Floyd Central Theatre Arts was also selected to take its production of “Guys and Dolls” to the festival. The school will be staging “My Fair Lady, School Edition” again at New Albany High School in June before taking it to Bloomington for the festival.

Senior Matt Landon is playing Uncle Fester in the show, who is a “goofball” type of character.

“The comedic relief has always been the type of characters I’ve played in the past,” he said. “So the repetition of playing the same character over and over was kind of getting to me a little bit, but over time, I’ve realized that each character is different, and Uncle Fester is different in his own way that he might be one of the older, more mature characters, but he still has a childlike view of the world around him.”

“Morticia is definitely the opposite of me, and so it’s kind of digging into that character and getting to play with her neutral posture of how she interacts with everybody,” she said.

Miller said audiences can look forward to a comic, lively production with New Albany’s production of “The Addams Family.”

“It’s beautiful adaptation of the cartoon,” Miller said. “I don’t think a lot of people know this particular show — they might know ‘The Addams Family’ cartoon, the movies and the television show, but not a lot of people are familiar with the musical. It’s funny and fast-paced with big production numbers woven into the plot. It’s just going to be a really fun one for the audience.”

Tickets can be purchased at the box office or online at newalbanytheatrearts.org.

Tickets cost $12 for adults, $10 for seniors, $6 for students. VIP lounge upgrade available for select performances for $4 per ticket.