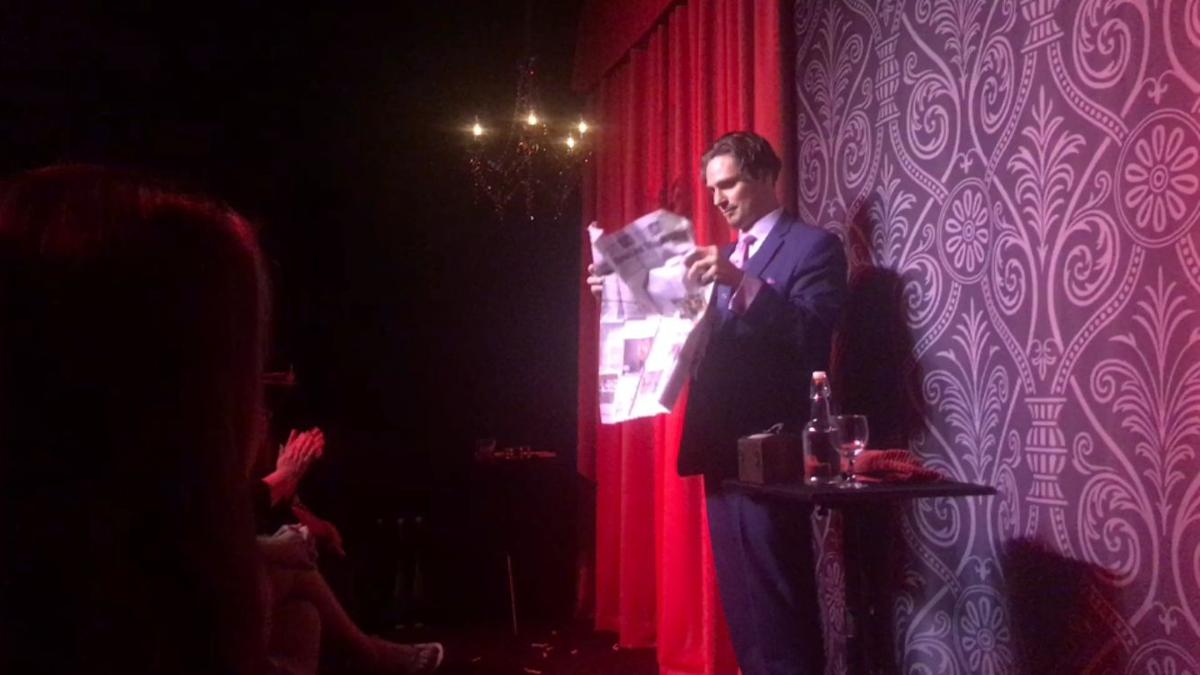 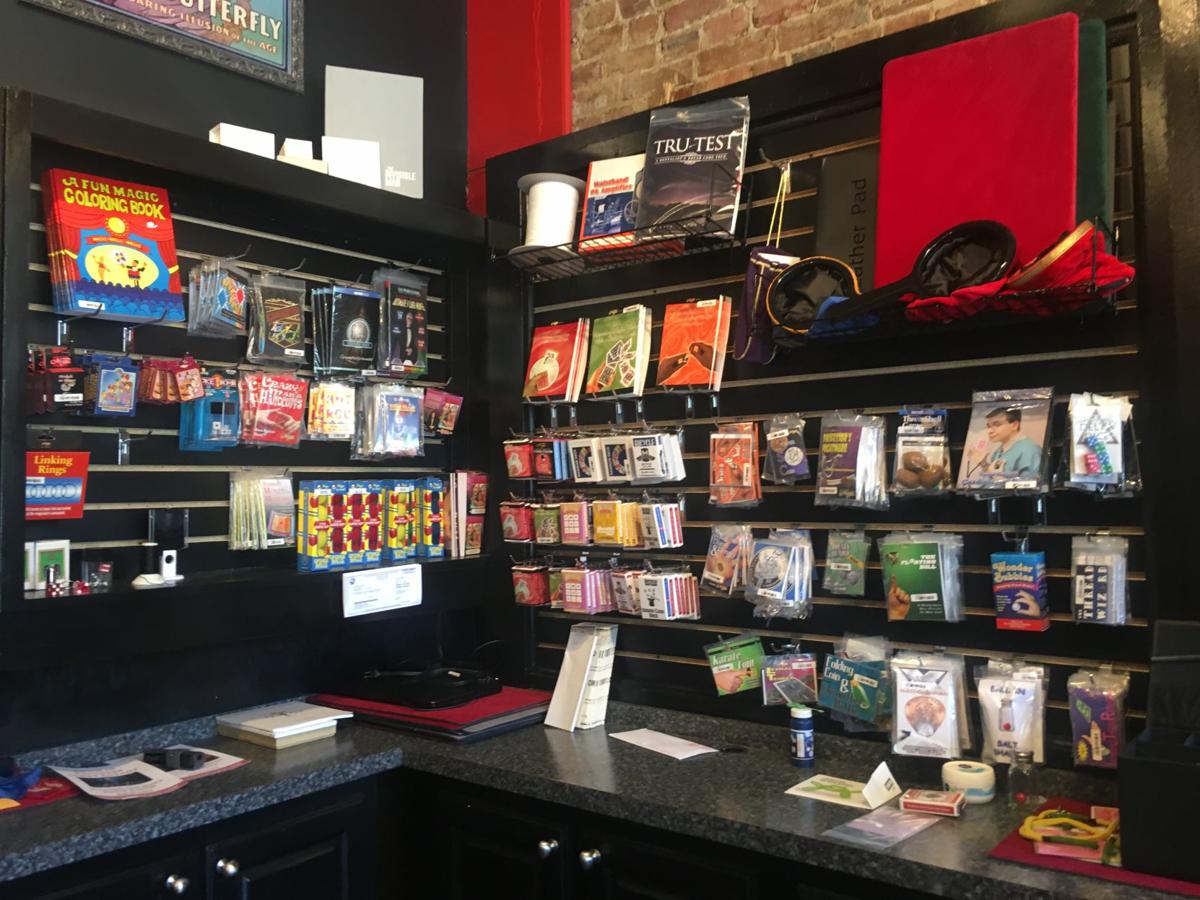 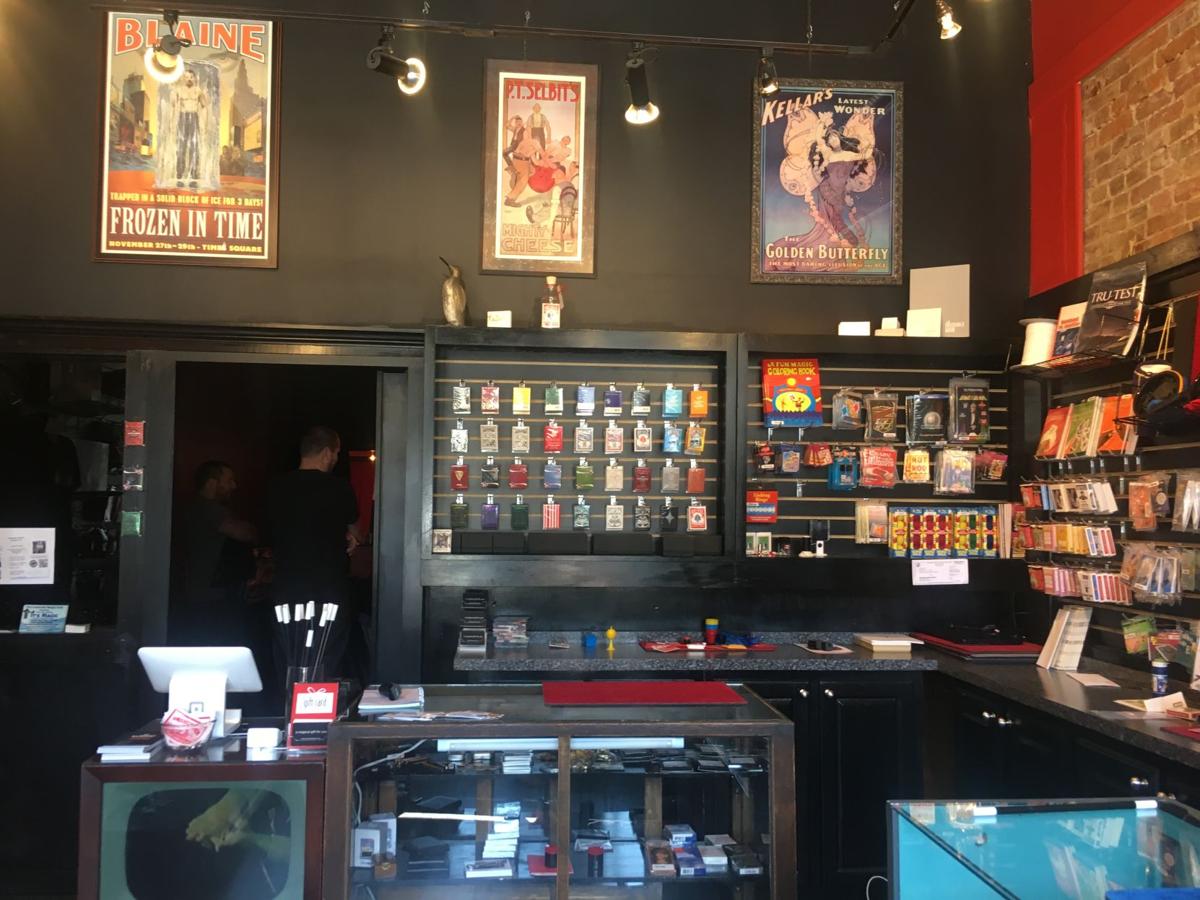 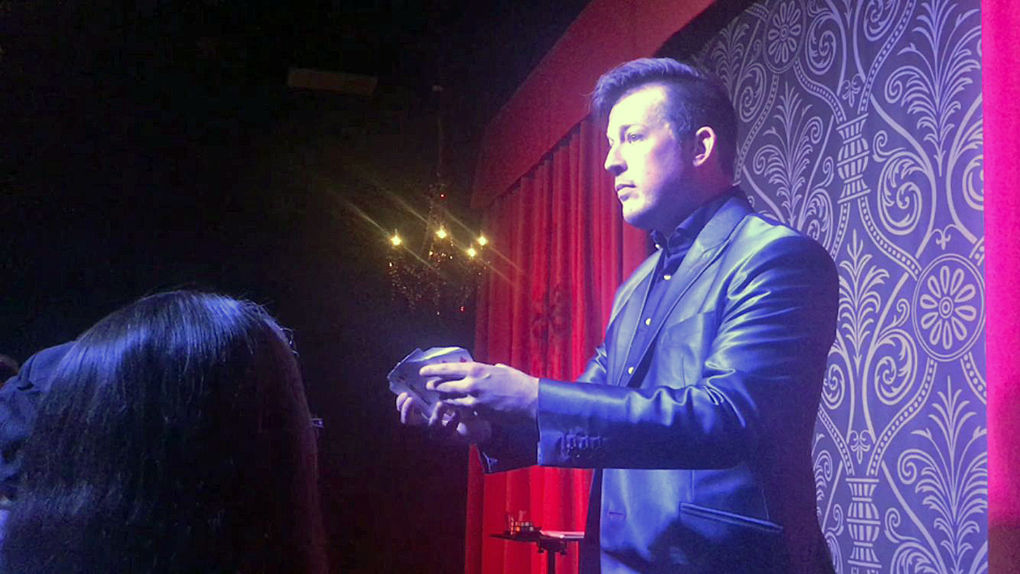 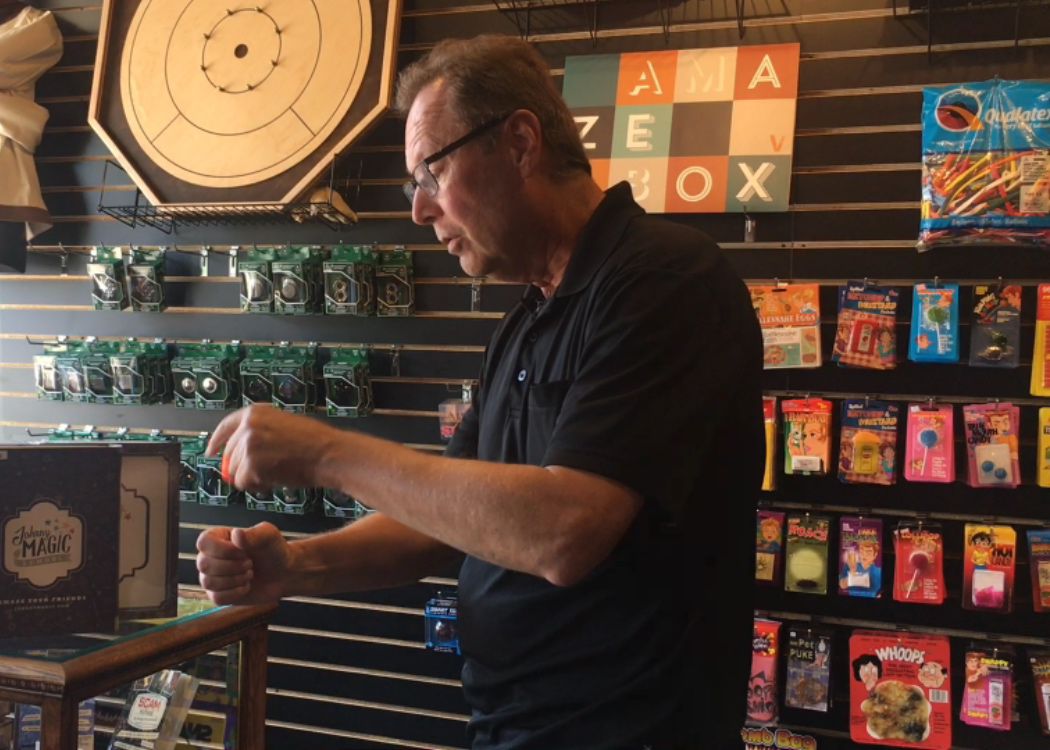 NEW ALBANY — As the audience watched in the small theater, the Friday, Aug. 23, edition of the News and Tribune was torn apart. Applause broke out when the magician suddenly unfolded a whole newspaper from the crumpled-up pieces.

This was only one of the magical happenings at J&B Magic Shop and Theater on Friday. The new theater, located at 129. E. Spring St. in downtown New Albany, celebrated its grand opening this week with its first live magic shows on Friday and Saturday. The 30-seat theater will feature weekly shows — all four of its shows over the weekend were sold out.

The gift shop, located in the front of the building, has been open since July 4, and it sells items such magic kits, gimmicks, apparatus and sleight-of-hand tools. J&B Magic owner Brent Braun said he has received plenty of support from the community since it opened, and many people are hearing about the shop through social media or word of mouth.

Braun, who grew up in Henryville, has worked as a magician for about two decades, and he owns a consulting agency called The Magic Firm, which coaches magicians on the craft of performing magic. He has invented his own illusions, and Richard Jones won "Britain's Got Talent" using one of Braun's tricks. He has also consulted and appeared on the CW show "Penn & Teller: Fool Us.”

He also used to own and operate a magic shop in the area before he started his consulting career — the shop was first located at the Green Tree Mall in Clarksville before moving to the River Falls Mall, and it then went to Bardstown Road, where it eventually closed.

New Albany magician Richard Darshwood, also known as the "Whiskey Wizard," and Charlestown magician Ken Abbott were among the featured performers on Friday and Saturday.

Braun wants people to have an interactive experience when they enter the shop or attend a magic show, and magicians will show customers a magic trick in person before they buy something from the shop.

"There's a lot of places you can see magic," he said. "You can turn on your phone and the internet and the TV, and you can see magic everywhere. But really feeling magic is a different thing. So when you see a guy on TV who makes three balls invisible, you just go,' oh, that's a great trick, but it must be a TV trick or it must be something I'm missing.' But when it actually happens in your hands or in the real space and you can actually feel it happen, it's no longer this kind of intellectual problem — it becomes emotional."

Braun said he got into magic to "make people feel," and he was excited to see a positive reaction from the audience at J&B Magic's first shows.

"When somebody comes out and does something that's impossible, you sort of feel the air suck out of the room because everyone gasps at the same time," he said.

Eventually, the theater will include Saturday matinees, but for now, the shows are all taking place in the evenings on weekends.

Abbott, who is also a Clark County judge, was one of the performers at this weekend's shows. He said magic is an "infatuation" for him, and he is happy that J&B Magic gives him a local venue where he can show off his skills. He also works at the shop on Saturdays, where he demonstrates sleight-of-hand tricks to customers.

"It's no fun to just practice in your basement, and your kids get tired of it after six months, so you look for an outlet to perform at," he said.

Braun said his business isn't about selling magic to every customer who walks through the door — it's about giving them a memorable moment and providing inspiration.

"We've been using this hashtag, #newalbanyismagic," he said. "That's not just from the magic side of things. It's from the entire experience. Come to New Albany and see things you can't see anywhere else. We just sort of love that idea of giving them a unique perspective at a unique life event. If there's something you love doing — if you love playing the flute or the piano, and there was that one time you saw that one person do that on a level that was so far beyond — it just lives as a memory with you forever. So that's what we try to do here."