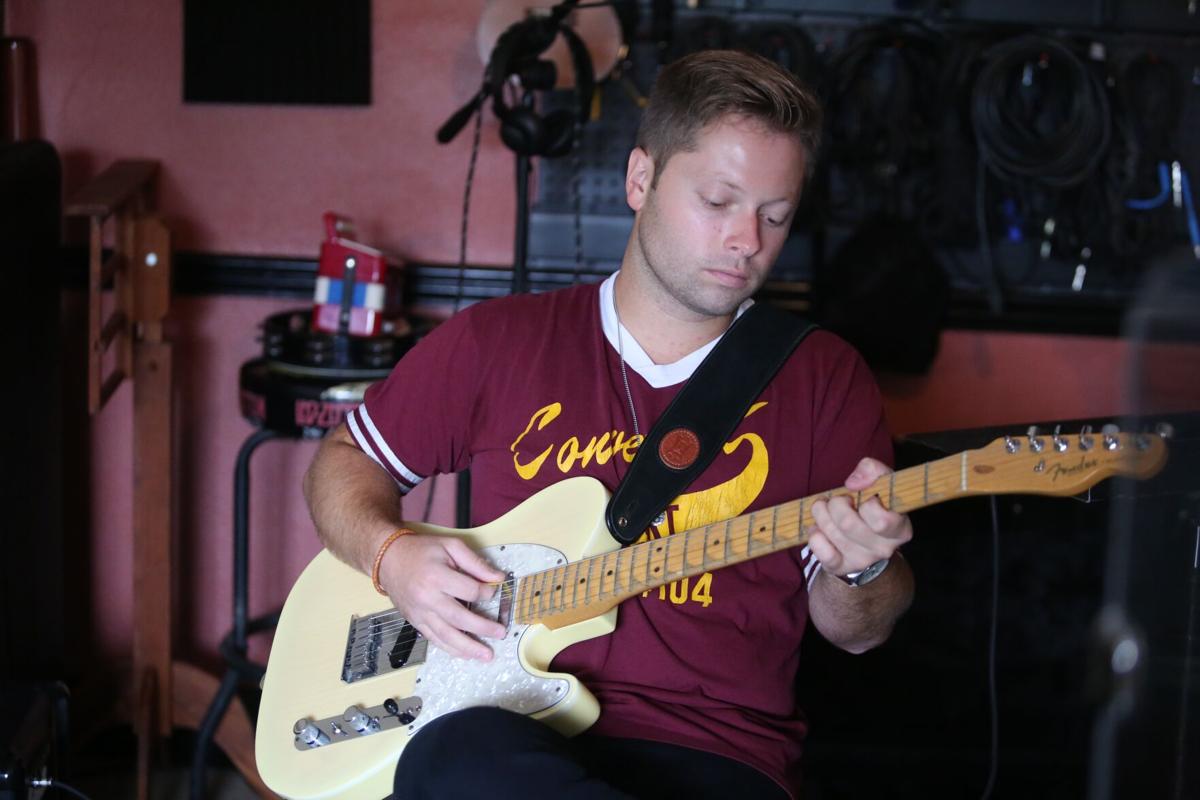 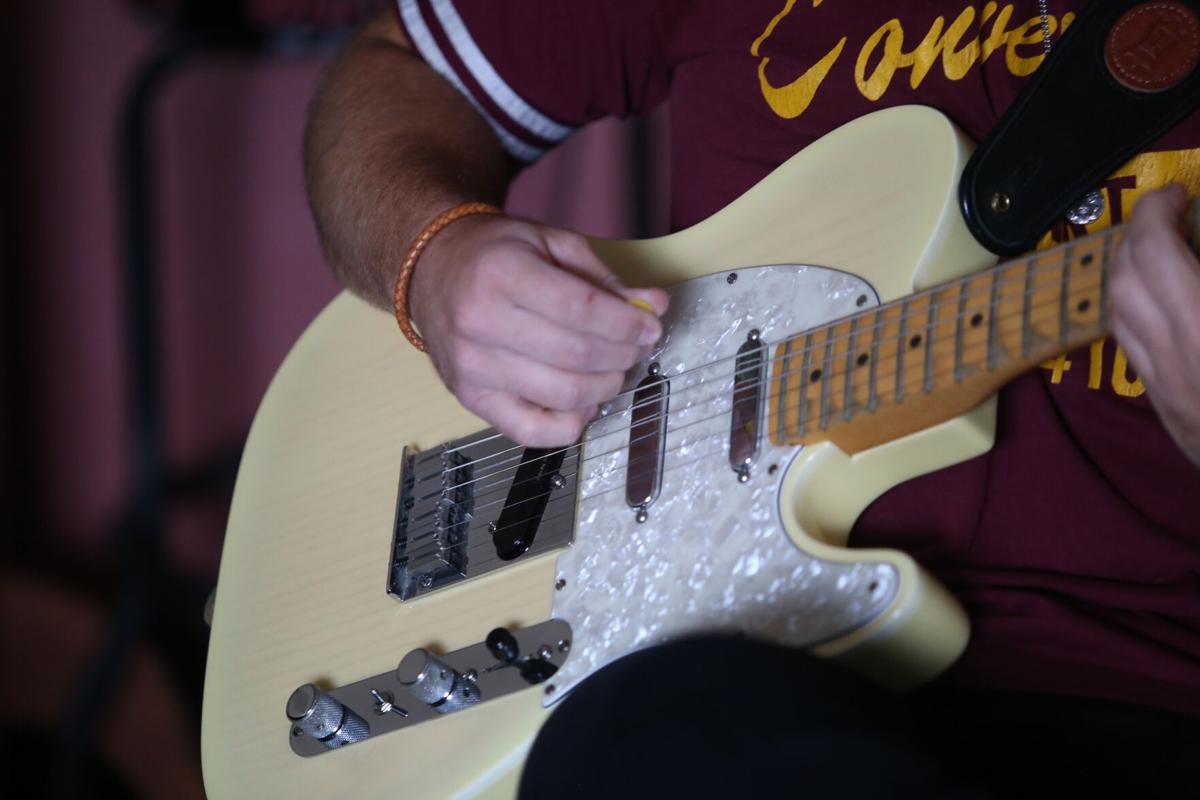 Jacob Resch performs on his acoustic guitar in his office/studio at Resch Construction in New Albany. 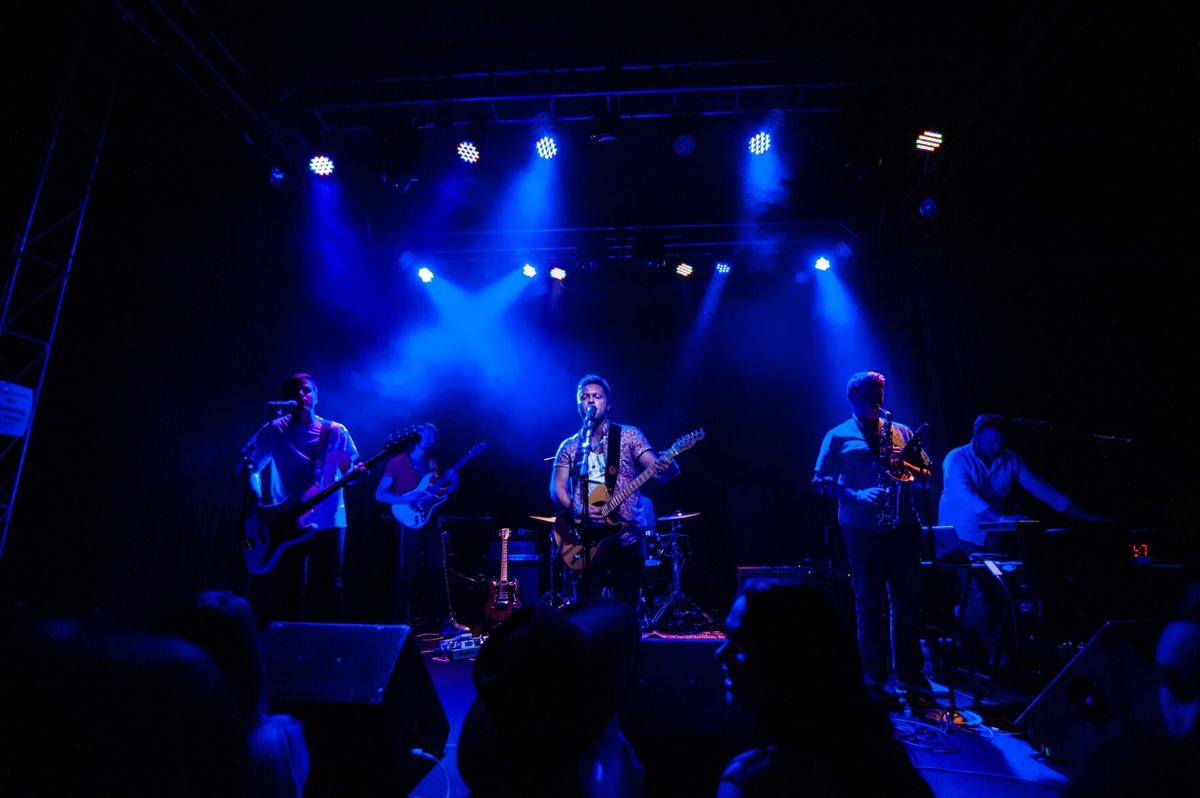 Jacob Resch, a New Albany-based musician, performs at a recent concert in this submitted photo.

Jacob Resch performs on his acoustic guitar in his office/studio at Resch Construction in New Albany.

Jacob Resch, a New Albany-based musician, performs at a recent concert in this submitted photo.

NEW ALBANY — Southern Indiana singer/songwriter Jacob Resch is preparing to release his debut album, an endeavor he says demonstrates his evolution as a musician in recent years.

Resch, a 26-year-old musician based in New Albany, will premiere his first full-length album “Clockwork” this Friday, followed by an album release concert from 8 p.m. to 11 p.m. Saturday at the Floyd County Brewing Company’s Enchanted Forest Live venue.

He has been playing music since about age 8, starting with guitar lessons. He started singing and songwriting at age 16.

He released his first set of songs at age 18, an endeavor he is proud of but doesn’t like to share with people, saying “he has come a long way in the past eight years.”

He has performed locally and regionally, including shows from Chicago to the Carolinas, he said. He has released three EPs and several singles.

The past year “was a good year to stay at home and write music” since the pandemic shut down most live performances for Resch. In 2020, he only performed four live shows, including two before COVID-19 hit.

He started writing some songs before the pandemic, and from songwriting to the album release, he has spent about a year and a half working on the “Clockwork” album.

As in-person performances return, this year has been one of his busiest years ever, Resch said. In June, he was “almost too busy,” he said, and August will likely be his biggest month ever.

Resch has already released a couple of singles from the “Clockwork” album, and he has received a positive response,” he said. His song “Soul” is his top streaming song on Spotify.

“The response is great — it’s gotten radio play locally, regionally — it’s always fun as an artist to look on Spotify to see what countries are listening. For whatever reason, that song is really popular in Mexico. I don’t know why.”

Many people are saying, “I like your old stuff, but this new stuff just seems more mature,” Resch said.

“It fits me better,” he said. “It’s not that I was forcing myself to be something that I wasn’t, but it’s more it just comes natural and letting the music tell the story.”

“It’s not that you need to have anything complex to have good music,” he said. “Some of the best songs ever written are three or four chord songs, but I think that my knowledge of music theory and exposure to other genres really shows through in my new music,” he said.

Resch’s music draws from a variety of influences.

“I definitely think it’s still pop music, but there’s a lot of soul influence,” he said. “There’s a lot of blues influence, there’s a lot of rock influence. I think if I had to pick a handful of artists to compare the music on this album to, I’d say Bruno Mars, Prince, Mac Miller — you could even say pop artists such as Shawn Mendes or Maroon Five.”

He recommends listening to “Clockwork” front to back, he said.

“I would just urge people when they listen to my album, listen to it from start to finish, because there is a reason those songs are in that order, and I think there is a story to be told there,” Resch said.

He worked with three producers to create the album, and he recorded in both Louisville and Nashville, Tennessee.

When he’s not performing as a musician, Resch works with his father, Steve Resch, at Resch Construction and Resch Property Group. He is a property manager and tenant liaison with company.

Inspirations for the songs on “Clockwork” include friendships and romantic relationships, particularly his relationship with his girlfriend, Resch said.

There is a specific meaning behind the name of the album, he said.

“There’s the saying a broken clock is right twice a day, and you can always count on it,” he said. “By that I mean, throughout the course of a day, a week, you’re going to experience all these emotions, so even though you might be very sad or in a bad place right now, you know sooner or later you’re going to be happy — it’s going to come around like clockwork.”

Resch said he will continue making music as long as people enjoy listening to it.