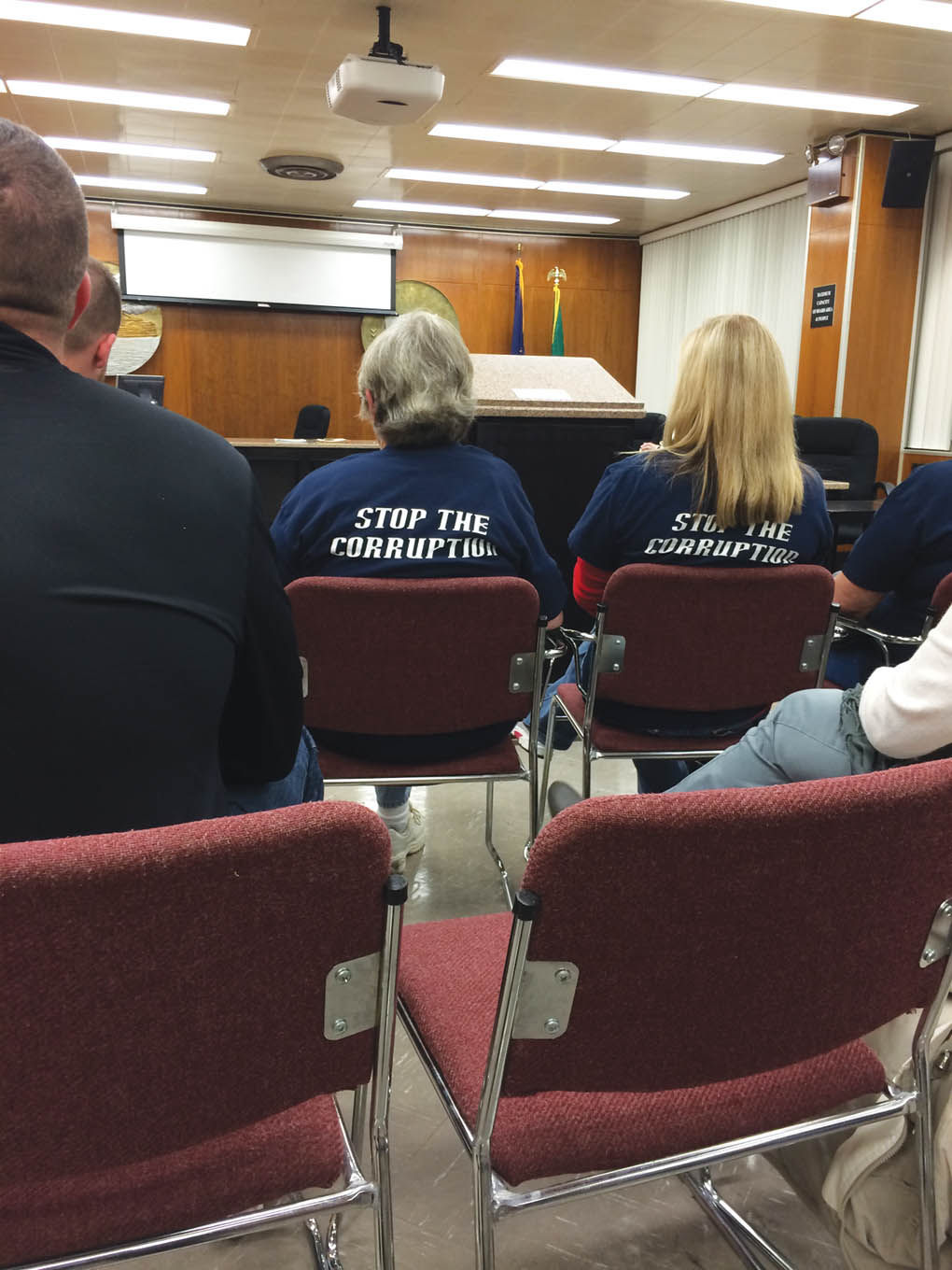 Vicki Denhart, left, was one of about 10 people who wore a "Stop the Corruption" shirt Monday during the New Albany Police Merit Commission meeting. The commission voted unanimously to fire Officer Laura Schook. She has 10 days to request a hearing. 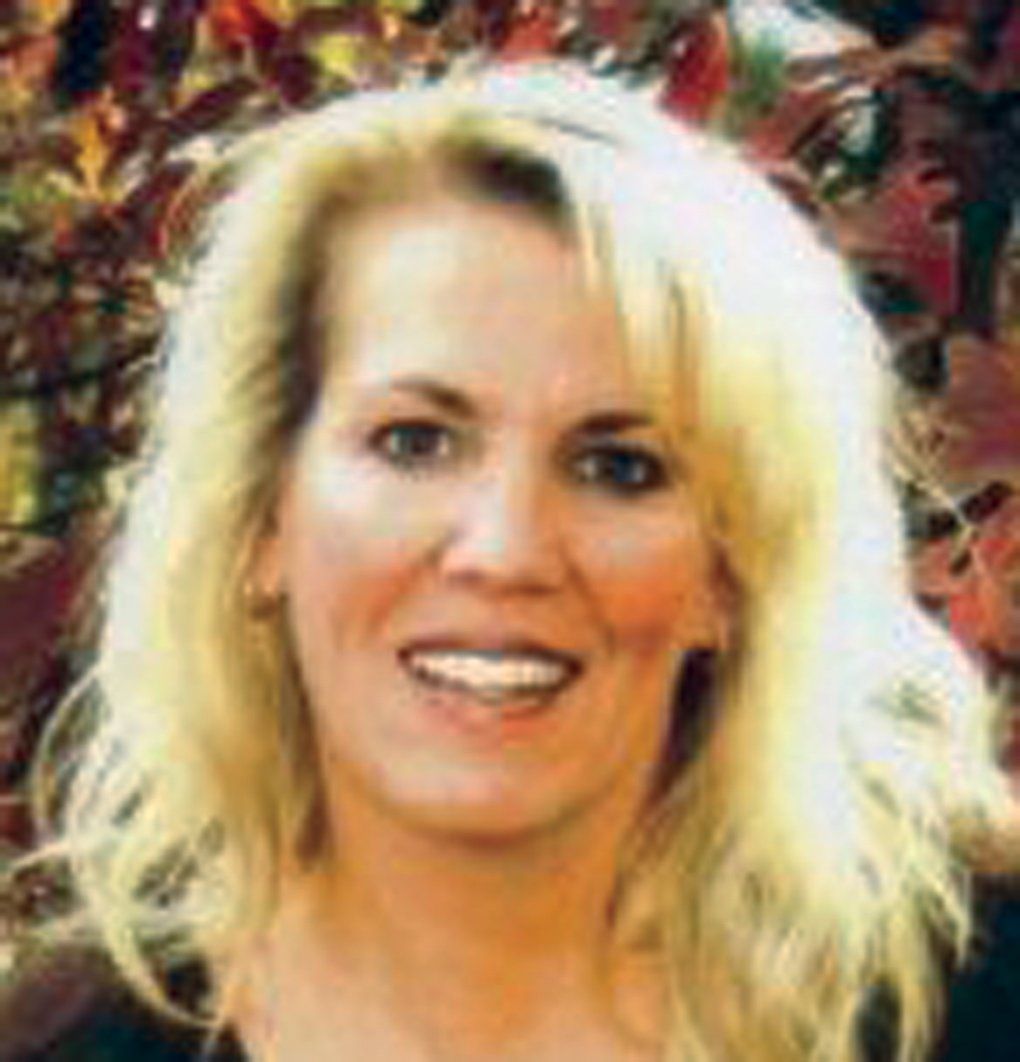 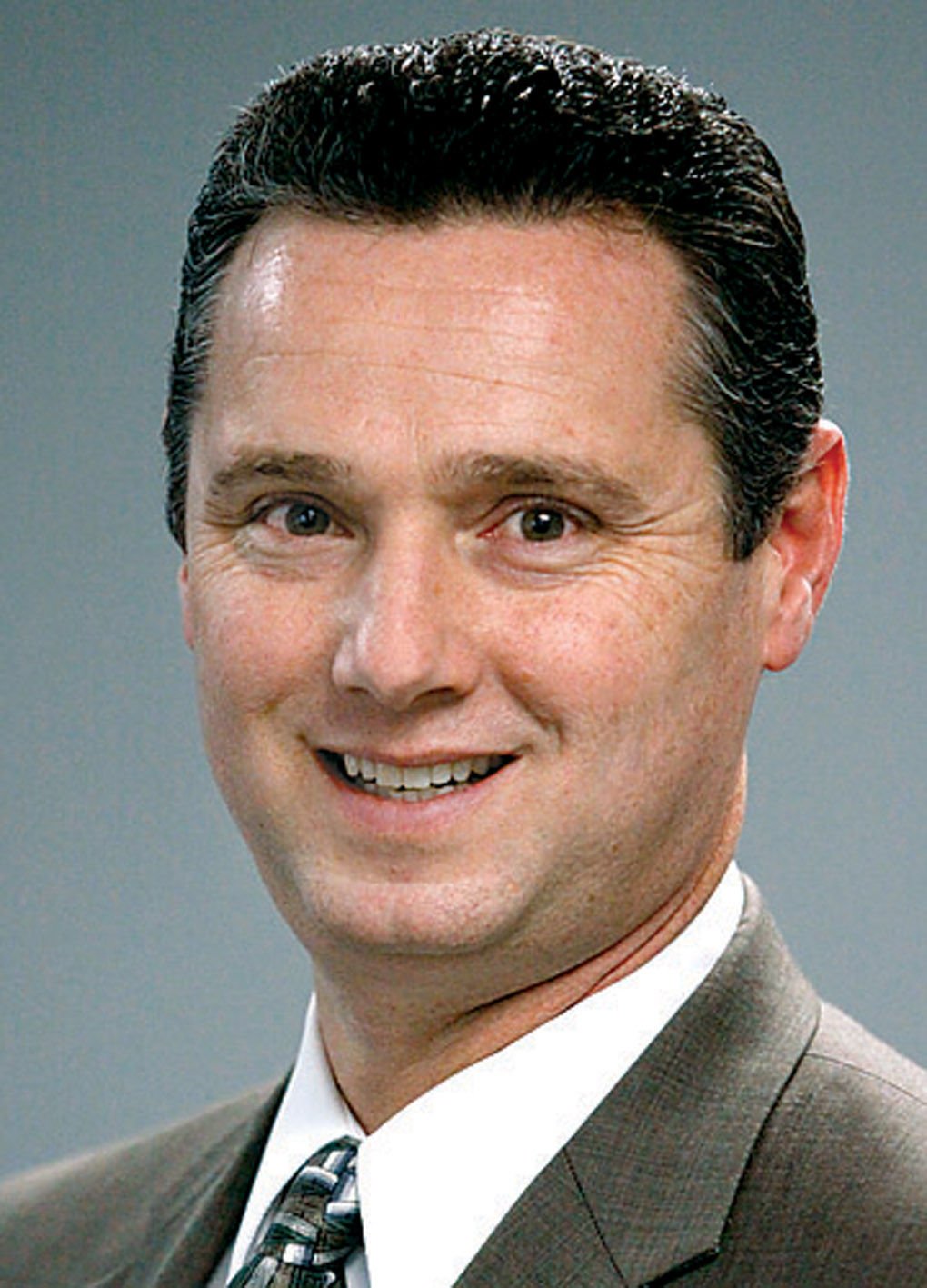 Vicki Denhart, left, was one of about 10 people who wore a "Stop the Corruption" shirt Monday during the New Albany Police Merit Commission meeting. The commission voted unanimously to fire Officer Laura Schook. She has 10 days to request a hearing.

NEW ALBANY — The same commission that New Albany Police Officer Laura Schook petitioned in May for help voted unanimously Monday to fire the 20-year veteran of the department for improper conduct.

The decision by the New Albany Police Merit Commission was preliminary, as Schook has 10 days to file for a hearing. If a hearing is held, the commission will have to vote a second time on disciplinary action following testimony.

Schook’s attorney, Laura Landenwich, hadn’t received a copy of the charges filed against her client until Monday’s meeting. She said they will be “weighing their options” before deciding whether or not to request a hearing.

In May, Schook alleged corruption in the NAPD, and asked the commission to further research claims she brought to the attention of then-Maj. Sherri Knight in 2008 and 2010.

Knight was serving as NAPD Chief when the allegations were brought before the commission, and was replaced within the month by Todd Bailey.

Among her allegations, Schook accused fellow officers Gary Humphrey and Jon Tucker of working for their private businesses while on the clock for the department.

She also claimed officers were instructed not to provide her with backup, and that she was retaliated against for blowing the whistle on what she defined as illegal conduct by other cops.

Knight said she reviewed the allegations when they were initially brought forth and found no evidence of wrongdoing by the officers involved. Bailey requested the Indiana State Police investigate the claims, and Floyd County Prosecutor Keith Henderson brought no criminal charges against the officers following the ISP report.

The city hired a private firm to conduct an internal investigation, and Mayor Jeff Gahan said earlier this month it also showed no evidence to back Schook’s claims.

The internal investigation report hasn’t been publicly released, but the merit commission’s attorney, Brandon Smith, released a copy of the charges against Schook following Monday’s meeting.

The commission accepted three improper conduct charges against her submitted by Bailey. The commission also accepted a fourth charge accusing Schook of breaking the department’s policy of not speaking to the media without the chief’s approval.

The commission rejected a fifth charge that alleged an abuse of sick leave by Schook. The commission met in a private session Dec. 17 to discuss the charges, and members didn’t provide much explanation for their votes Monday.

“She will have a full and fair opportunity to be heard,” Smith said following the meeting.

Even if the commission upholds the vote following a hearing, Schook could appeal the decision in court.

She was in attendance for the meeting, but deferred comment to her attorney.

“I think it’s really unfortunate she’s being disciplined for speaking out against inequalities and injustices she saw in the New Albany Police Department,” Landenwich said.

One of those people was New Albany resident Vicki Denhart, who was vocal about her suspicion of the commission’s vote following the ballot.

Schook has a “spotless record” and has served her community for almost two decades, Denhart said.

She referenced another case against Humphrey earlier this year in which he was accused of kicking in a door of a former girlfriend, as well as being involved in a dispute during a screening of a film at The Grand in New Albany.

A grand jury declined to bring charges against Humphrey.

Schook hasn’t been accused of any crimes, yet the department refuses to believe her, Denhart continued.

Schook received the Medal of Valor from the department in 2004 after being stabbed behind the ear while responding to a service call at Swifty Oil Co. along Spring Street.

Schook was attempting to calm an intoxicated teenager who had broken a window at the gas station. The 15-year-old turned on Schook and stabbed her.

He attempted to retrieve his knife from her neck, according to reports, when a fellow NAPD officer fatally shot him.

The charges he provided to the commission outlined what he labeled as “repeating falsehoods concerning the police department” by Schook. He also accused her of making false reports about the incidents in question, and bringing the department under public ridicule through her allegations.

“The alleged criminal behavior was reported to law enforcement agencies including the Indiana State Police and the FBI,” Bailey stated in the charges report.

“All allegations were investigated, none were substantiated.”

She’s also accused of making false statements to media, and for speaking to the press without permission.

The charge rejected by the commission alleged an abuse of sick leave by Schook.

Beginning in September, Schook had told Bailey and other NAPD officials she felt it was not in her best interest to return to full-time duty until the investigation had concluded.

She again made a similar statement Oct. 29, according to the report. Schook had been placed on light duty leading up to that date, but was cleared by her doctor to return to her regular work routine.

It’s not within an officer’s authority to determine when they are able to return to full-time duty, according to the report.

Bailey recommended in the report that Schook be suspended without pay for no less than 180 days.

“Officer Schook’s public statement was unethical and was intended to demean and disgrace the officers she accused of wrongdoing,” Bailey stated in the report. “She has unjustly created disrespect for the New Albany Police Department.”

Inez H. Boutell, 97, of New Albany, Indiana, passed away on Monday, January 24, 2022. Inez was a member of Central Christian Church. She loved spending time with her family and enjoyed playing Euchre in her free time. She was born on December 16, 1924 in Meade County, Kentucky to the late Wa…