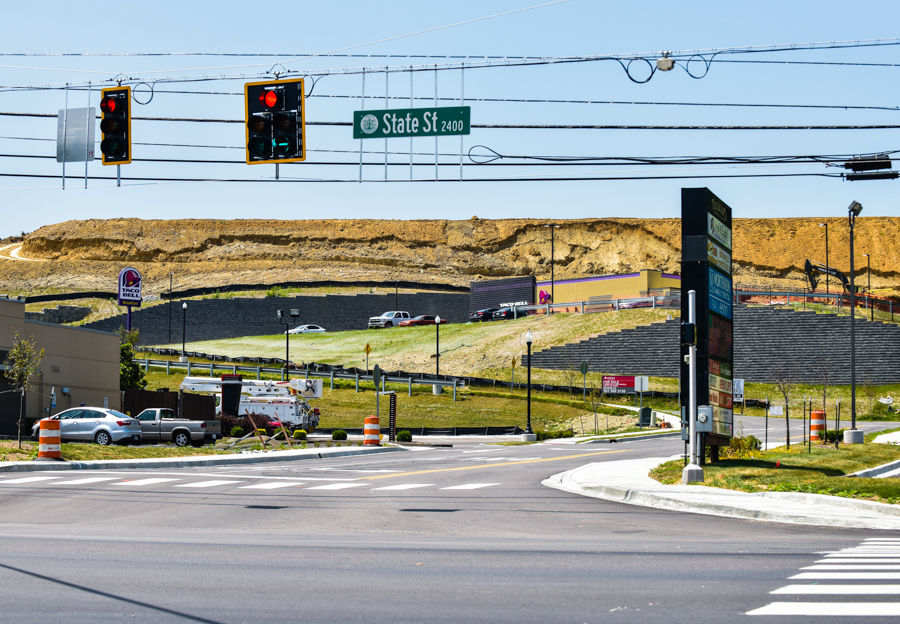 Construction at Summit Springs continues efforts to complete phase one of the project, as developers await approval to begin work for phase two. 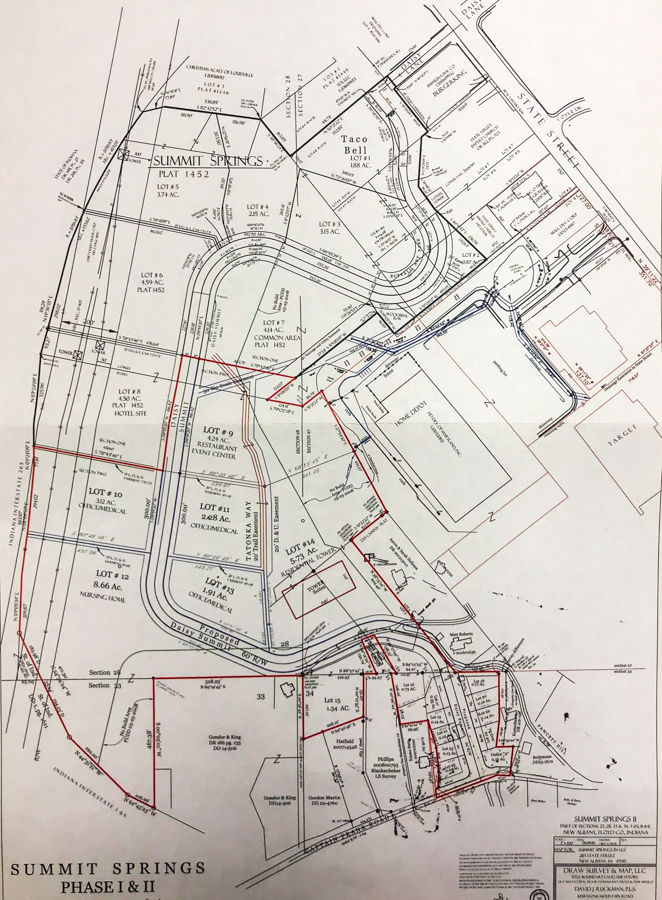 Construction at Summit Springs continues efforts to complete phase one of the project, as developers await approval to begin work for phase two.

NEW ALBANY — Plans to start a phase two of the Summit Springs commercial and residential development are not detailed enough for New Albany’s plan commission yet. At a Tuesday meeting, the voting body tabled requests by the developers to consider plans for a 14-story residential tower and more on top of a hill overlooking State Street.

The first phase of the Summit Springs development, which features a Taco Bell restaurant and a Fairfield Inn and Suites, was approved in 2017 and has already started construction.

This second, 33-acre phase will connect to the first and include an event center/restaurant, nursing home, three office/medical buildings and 10 single-family homes nearer to Captain Frank Road in addition to the 14-story condominium building.

Jennifer Kern, the project engineer for phase two, said that drainage plans include controlling water run-off with curbs, catch basins, a trench drain and detention areas for developed sites. As for the traffic plan, she said that the previous one was for a development with different uses, but that the new development would generate the same amount.

New Albany’s Plan Commission Director Scott Wood said at the meeting that he had hoped to have had more detailed plans from the developers, Summit Springs IN LLC, before the meeting began.

He recommended to the plan commission that the developers come back with more plans, including an updated traffic study, site plans, privacy and buffering for neighbors and a more detailed drainage plan detailing how and where developers are going to handle their drainage.

Several residents living nearby Summit Springs came to the plan commission meeting to protest the project, seven of whom spoke.

Sarah Hellems, who lives on Fawcett Hill Road, which will lead up to the second phase of Summit Springs, agreed with Wood that developers hadn’t submitted enough plans.

Other residents voiced concerns that the condominiums, which will look out over their homes, wouldn’t fit in with their neighborhood and that the land in the Summit Springs development area was prone to sliding.

The developers hope to sell the condominiums in the residential tower for prices starting at $250,000 and costing as much as $1 million for the penthouse, said David Ruckman, who is a land surveyor working on the project.

As for the sliding, a geotechnical study conducted for an original iteration of the project read at the meeting by a resident, says that the slopes in the area are only marginally stable. Ruckman acknowledged that there could be sliding on slopes, but only if they’re not maintained. Summit Springs would maintain the slopes in several ways, including through a property owner’s association, he said.

After the meeting, Hellems said that she thought the plan commission’s decision was the “responsible” thing to do.

David Ruckman, a land surveyor for the project, said that the request from the plan commission for more details was “expected.”