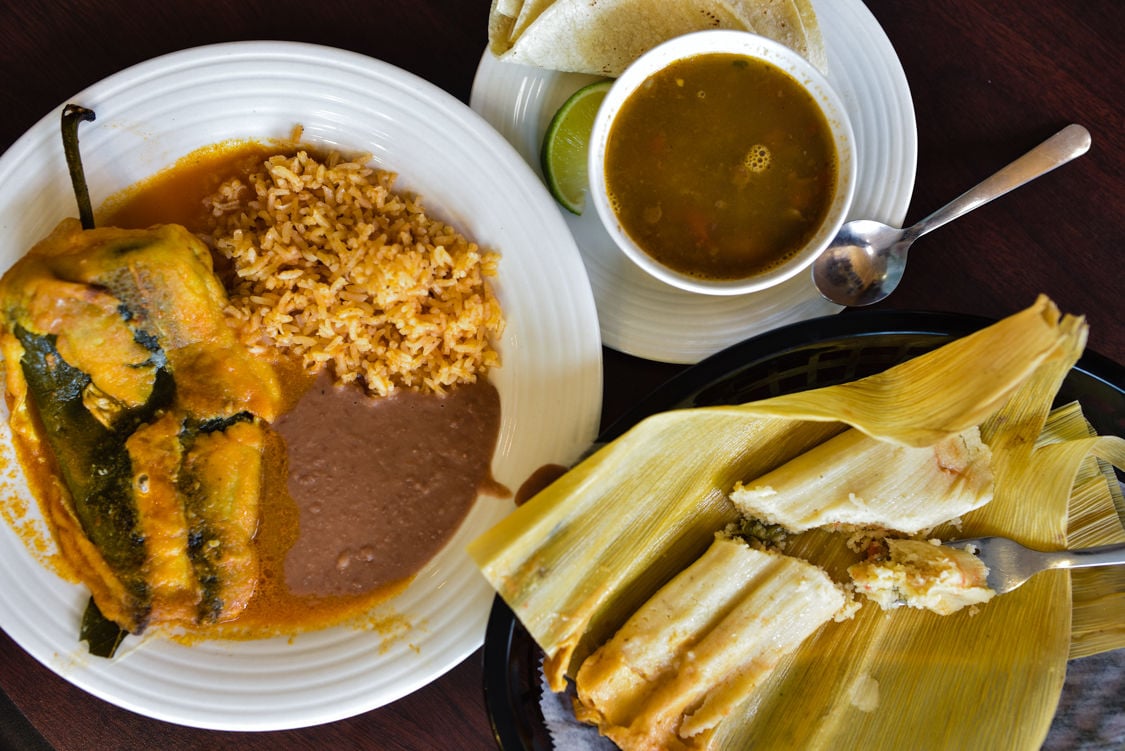 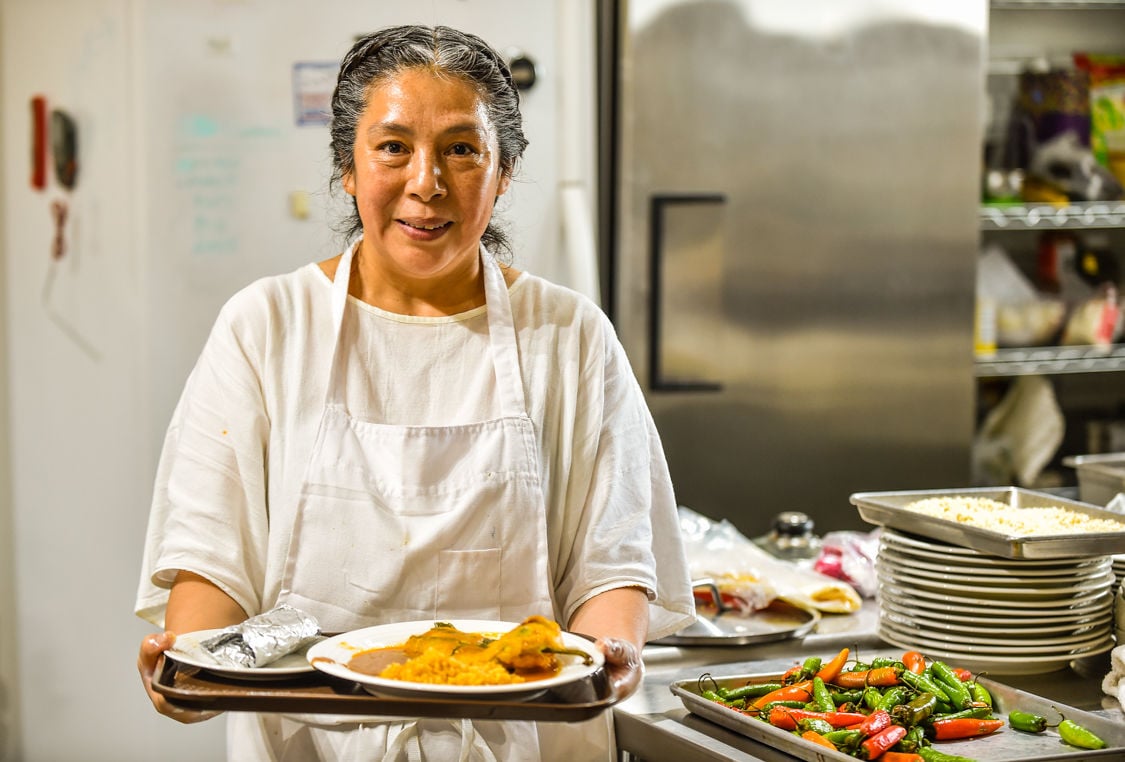 El Rico Taco, a family-run restaurant owned by Moises Rivera and his mother, Xochitl Tonis, recently opened in the bookstore at 601 E. Spring St. in New Albany. The restaurant had a soft opening in June, and it is now fully open to customers.

The Mexican restaurant is not the first to open in the bookstore, which has an open kitchen and seating in the back of the shop. It has been home to a coffee shop in the past, and Taco Steve operated in the space for two years. Destinations owner Randy Smith said he thinks about it as an incubator space, and he has been impressed with the quality of the food at El Rico Taco.

Originally, Tonis and Rivera weren't planning to open a full restaurant. They were hoping to open a smaller business featuring homemade sorbets, but when they saw the size of the open kitchen and the environment at Destinations Booksellers, their idea became bigger and more ambitious, Rivera said.

"My mom also wanted to sell tacos, but the thing we were more comfortable with were the sorbets," he said. "We saw this kitchen, and then she kind of fell in love with it. After seeing it, my mom was like, let's just put in a restaurant."

Rivera said the dishes are in the style of Mexican street food. The restaurant features a menu of standard dishes such as tacos, burritos and tortas, and the food specials will rotate constantly. Everything is authentic and freshly-made, including homemade tortillas, beans, rice, meat and salsas.

"When people take a bite of a taco or a burrito, we want them to know that it's made fresh," he said. "We want them to feel like it's homemade stuff. It's authentic, so we're not going to have ground beef tacos or anything — it's just going to be 100 percent authentic Mexican food."

So far, El Rico Taco has featured specials such as chile relleno, tamales and chicken enchiladas in green salsa. The menu also has breakfast options, including burritos and tortas with ingredients such as ham, bacon, pork, chorizo, and eggs and beans, and customers can enjoy pitchers of agua fresca, which includes fresh fruit blended with water.

"You can expect being 100 percent satisfied with the taste and the environment and to have a happy experience at the restaurant," she said. "There's a lot involved in cooking — love, happiness, patience. A lot of things might be going on personally, but you can come in and relax with something delicious."

They plan to expand the restaurant's options as they move forward, including their freshly-made sorbets. The sorbets will include fruits such as strawberry, cantaloupe and lime, and they do not use any additives or artificial flavors. They have previously sold the desserts at Harvest Homecoming and WorldFest in Louisville, and they plan to introduce small batches of the sorbets by the end of the week.

"It's cold and refreshing, and you're going to tell that it's 100 percent fruit," he said. "The flavor is one-of-a-kind."

There are several components to meals at El Rico Taco — customers will receive a small bowl of soup before a main dish, along with fruit or Jell-O at the end of the meal, according to Rivera.

"It's like a full-course meal, but it's not too heavy," he said. "We don't want to make people sleepy."

He said El Rico Taco offers a family-friendly environment where they will interact with customers and answer their questions. He is grateful for the opportunity to share the space with the bookstore.

"People can come here and browse through books, but then they start smelling the food, and they get curious and they start sampling, and the next thing you know they are ordering," Rivera said. "It's a really fun experience."

Smith said he appreciates the authenticity of El Rico Taco's food, and he likes to promote independent business in New Albany.

"It's not as if everyone who's going to come in to buy a taco is going to buy a book, although everyone who comes in to get a book — once they've tasted the food — is going to get a taco," he said. "It's complementary but not supplementary — I don't expect it will do anything for my business. They are very friendly people, and I support them and intend to help them succeed."