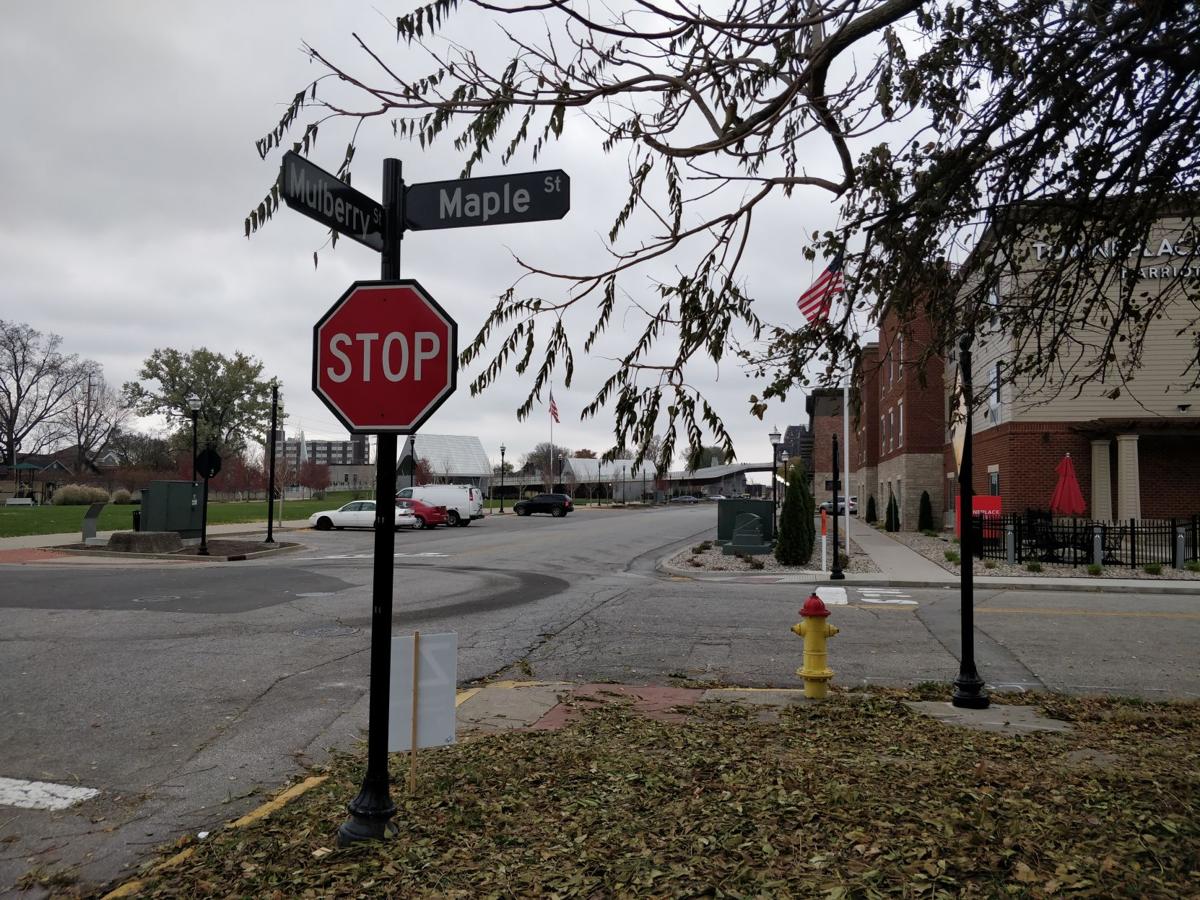 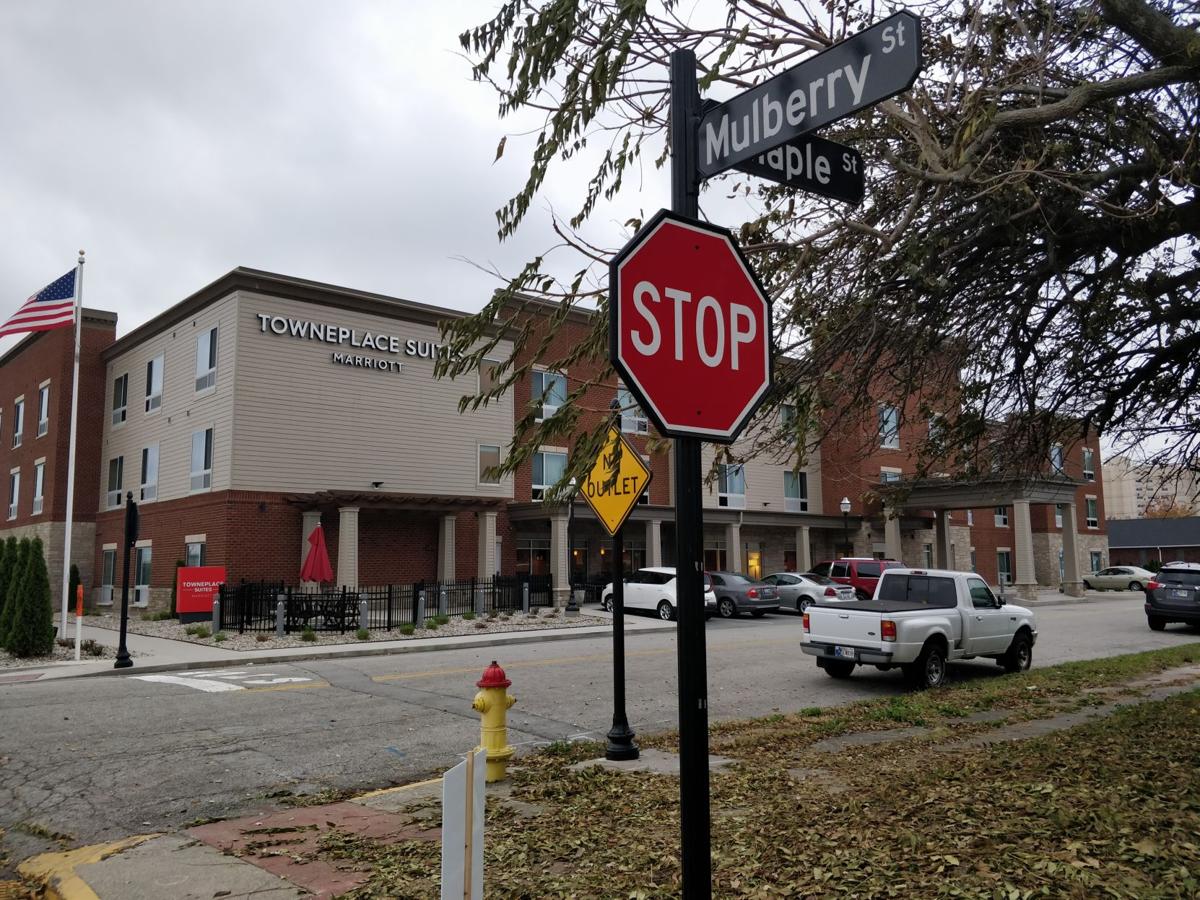 JEFFERSONVILLE — One of Jeffersonville's booming areas could see another addition in the coming years.

Last week, the Jeffersonville City Council approved the rezoning of a property at 300 W. Maple St., where Maple and Mulberry streets converge. The lot, which sits at the northwest corner of Big Four Station Park, has been a vacant strip of grass for years.

Though it hasn't been occupied in any permanent capacity, some city officials recall it being used as parking for Thunder Over Louisville and similar festivals. That could change now that the property has been sold, with a new project currently in the works.

No official development plan has been submitted, though early talks refer to the project as a sit-down restaurant and bar.

Council member Dustin White, who represents the surrounding District 1, said he's happy that the valuable piece of property has been sold and will add another amenity to the increasingly-vibrant downtown area.

“When the walking bridge opened, it just changed the whole dynamic of our downtown," he said. "I think it’s for the better. What I like about this development and a lot of the others is that we’re not displacing any of the homeowners. We’re not tearing down homes."

With the prospective business's location in a residential neighborhood just steps away from the popular park and walking bridge, White said that it's giving Southern Indiana residents more options for entertainment. Residents, he said, no longer have to go to Louisville for a night out. White added that he remembers a time when the only reason to go downtown was to buy candy from Schimpff's Confectionery.

"There are different developers who see the potential in not only providing more housing, but also having places for these people to go so they can enjoy the place they live," White said. "It’s within walking distance for a lot of folks. That’s the kind of downtown I’d like to see.”

The restaurant joins a host of other developments that have popped up around Big Four Station Park since its opening five years ago. Parlour Pizza has found success directly across from the walking bridge's ramp. Construction also recently started on a new entertainment venue that will be located directly next door to the pizzeria.

On the other side of the park, Marriott Townplace Suites has set up shop where Rose Hill Elementary School was once located. Colston Park Residential Lofts, which sits next door to the Marriott, will celebrate its ribbon cutting this week.

While at-large council member Matt Owen is happy that nearby Spring Street has also seen revitalization in recent years, he's excited that growth is spreading into other parts of the city.

"These old buildings are coming back to life," Owen said. "That’s been fantastic, but it’s really exciting to see that spread beyond Spring Street. I think downtown Jeff is proving to be a new entertainment district that people enjoy going to. People of all ages seem to be down there in different spots. Any growth like that is a positive thing."

Owen added that though many may have not paid attention to the vacant lot before, its value will be recognized once it's developed.

"It’s kind of a prime lot that’s sat unnoticed for a while," he said. “Now that there is something going there, everybody is realizing it’s a perfect spot. I think it’s all positive. I’m glad that it’s something that’s going to add to the entertainment vibe we have going down there.”

Though many have expressed excitement with the project, others are more subdued in their reactions. All of the development that has taken place in Rose Hill has brought new life to the neighborhood, but some residents say not enough has been done to balance that with the already-existing residential nature of the area.

This year has seen many long-time residents protest noise brought on by the nightlife establishments, as well as festivals like Abbey Road on the River. Others have raised concerns about a lack of parking for those living in the area.

Kate Miller said that in her 16 years living in Rose Hill, she has seen the transformation every step of the way. While she enjoys many aspects of that growth, she said developers and city officials have not done a good job of communicating with residents about new projects in the neighborhood.

"The communication with the residents hasn't been a good working relationship," she said. "It’s been a mandating of what’s going to happen, rather than a compromise of how it could work for everyone. There are a lot of things I like, but there are things that could be done better."

In the past, Miller said residents have been invited to meetings, though not much has been done to address their concerns. Moving forward, she would like officials to truly take the concerns of residents into account, rather than offering "lip service." With the restaurant still early in the development process, she said she believes that communication can improve.

"[We want] real, genuine consideration of our desires, without the lip service we’ve gotten in the last four years," she said. "Whether it’s from the developer, which might be easier, or from the city, as long as there are legs afterward. I think people get tired of attending meetings where the decisions have been made and you’ve been invited as window dressings. That’s not productive, and it leaves a bad taste in your mouth."