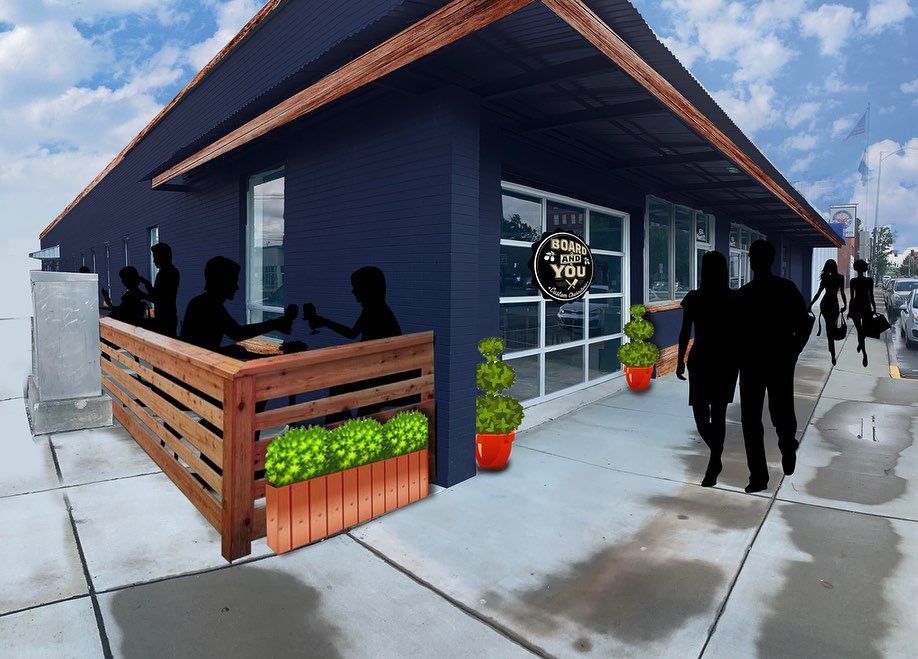 Board and You: Bistro & Wine Bar will dish out quality-focused dishes and unique wines and cocktails once it opens its doors on Pearl Street. 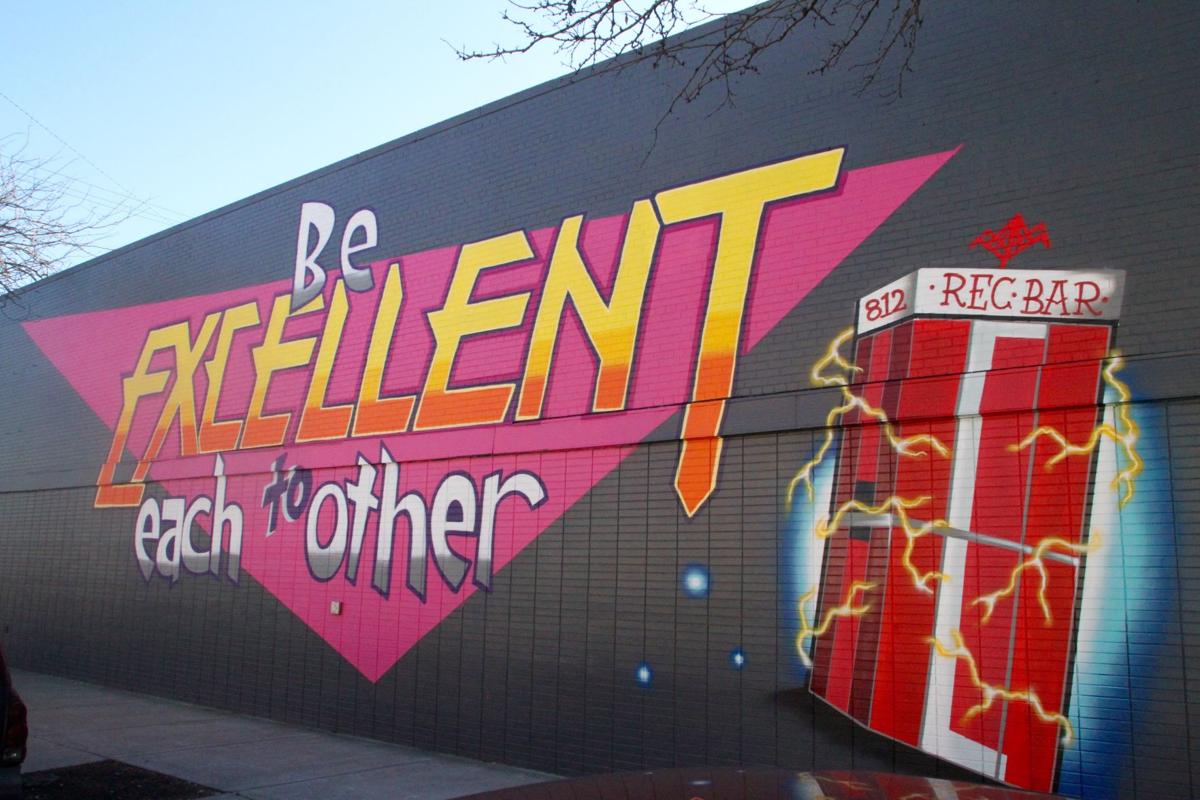 New public art has adorned the walls of Recbar 812, which will bring grub, drinks and classic arcade games to New Albany when it opens in February. 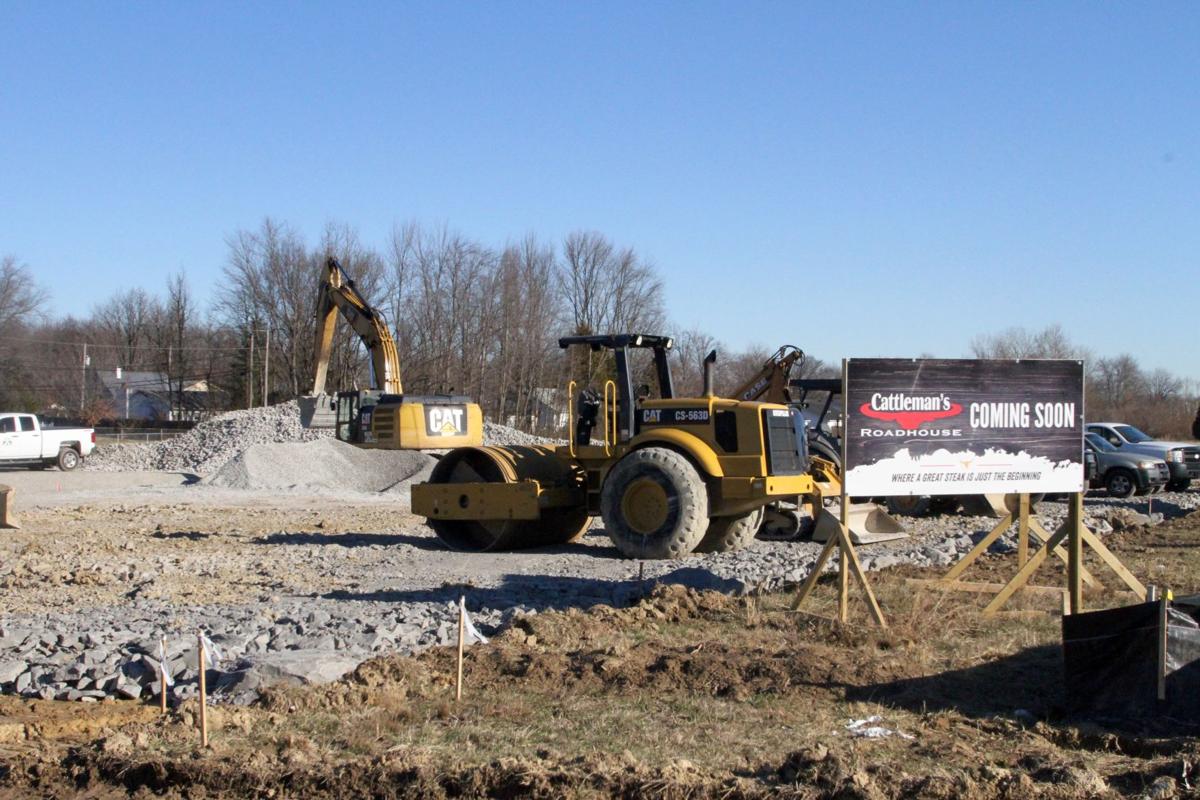 Board and You: Bistro & Wine Bar will dish out quality-focused dishes and unique wines and cocktails once it opens its doors on Pearl Street.

New public art has adorned the walls of Recbar 812, which will bring grub, drinks and classic arcade games to New Albany when it opens in February.

NEW ALBANY — Over the past several years, New Albany has established itself as a hotbed for exciting cuisine and spirit options.

Brought in with the revitalization of the downtown area and the development of the outer limits of the city have been a variety of restaurants and pubs.

According to New Albany City Councilman Al Knable, having numerous options in the city's walkable grid has been beneficial to the economy and culture of the city. When more variety is present, residents are more likely to congregate downtown, and more out-of-towners will choose New Albany as a destination for a night of food and fun.

"If you have one fantastic restaurant, or preferably 10 fantastic restaurants, people come in town to eat at those restaurants," Knable said. "They might go to Toast, then they might spill over to the Olivet or Regalo afterward to burn off some of those carbs. There’s a synergy that exists between multiple restaurants that are within a walkable area, rather than having somebody pull off of a highway to eat at a Chick-fil-A, then they just get back in their car and drive on.”

Though not all who try their hand at the business here find longevity — as evidenced by some popular spots that shut their doors in 2019 — several have established roots, finding a fair amount of success and giving this side of the Ohio River a new-found vibrancy.

More of the same is expected to come in 2020, with a number of businesses set to open up shop in the coming year. Among those hoping for success in their new ventures are Board and You: Bistro & Wine Bar, Recbar, 8th Street Pizza and Cattleman's Roadhouse.

Zack Flanagan, a New Albany native who co-owns Board and You alongside Sean Lara, said the idea to open the bistro and wine bar spawned from their charcuterie business. For the last 10 months, Board and You has catered a high-level selection of meats and cheeses in New Albany.

With the bistro and wine bar, they plan to open a physical location at 434 Pearl St. this spring.

"Developing this concept in New Albany has always been a dream," Flanagan said. "Board and You gave us the perfect opportunity to branch out and try something unique to both sides of the river. It’s going to provide a variety of options."

On the beverage side of the business, Board and You is working with a team of mixologists out of Chicago to bring an interesting array of cocktails. Also on hand are two level-2 sommeliers selecting a group of fine wines from which customers will be able to choose.

Joining the already-existing charcuterie options will be a limited menu of hand-crafted dishes. Flanagan said the two executive chefs are currently working to curate the menu, which will be teased starting later this month.

"They’re quality-focused entrees," Flanagan said. "It’s limited though, so it’s going to be focused on taste, presentation and factors like that. We’re able to dive into the culinary scene and do some things that are different. It’ll be really cool to see, especially in New Albany...To have that level of mastery in the culinary world, it’s really going to stand out from what’s going on in the area right now.”

Like Board and You, Recbar and 8th Street Pizza are also slated to become part of the downtown restaurant family.

Recbar 812's site at the corner of Pearl and Spring streets will open its doors next month. Patrons will then be able to enjoy plenty of grub, drinks and arcade games. While 8th Street Pizza has already been in business in the city for a few years, the pay-it-forward pizzeria is finding a new home at 141 E. Main St.

Just off of Charlestown Road near Interstate 265, Cattleman's Roadhouse will open its first Indiana location this spring. The family steakhouse specializes in savory meats, with eight locations throughout Kentucky.

Though many nationally-recognized franchises can be found in New Albany, Knable is pleased that so many smaller-scale entrepreneurs are taking a chance on the city. Ultimately, he said such businesses are often better for the city as a whole.

“The people that lament chain restaurants do have multiple, legitimate arguments," he said. "Chief among those is the dollar effect. If you buy local and eat local and independent, it has a greater impact on the local economy than going to a franchise."

Variety also plays a factor, as each of the new establishments are set to provide a different kind of experience to Hoosiers.

"People eat out exponentially more than they did when we were kids, when it was kind of a treat," Knable said. "For a lot of people, that’s the norm five days a week. The variation that you can get on a hamburger from an independent place is much more than you can get on a Burger King menu. It’s wonderful that you’ve got different experiences peppered in here."

After roughly 15 years in downtown New Albany, Destinations Booksellers will close its doors on Spring Street in the coming weeks. Its exit means the city will be without a bookstore, and the Kentuckiana region will lose yet another independent bookseller.

In addition to serving readers, the building has also housed restaurants over the years, including Taco Steve and El Rico Taco. Though books will no longer line the shelves, the site's role as a food source could continue into the future.

Up until Destinations vacates the space, most of the inventory will be sold at heavily-discounted rates, ranging from 50 percent to 90 percent off the normal price.