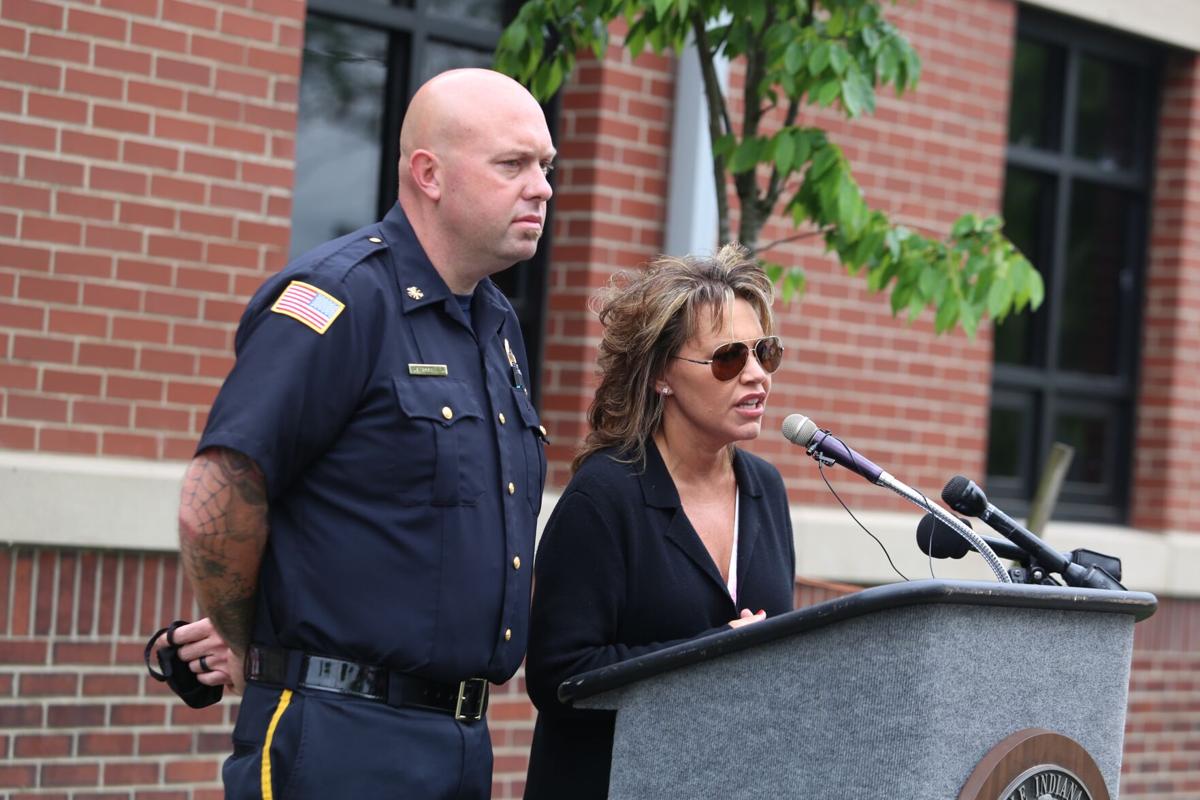 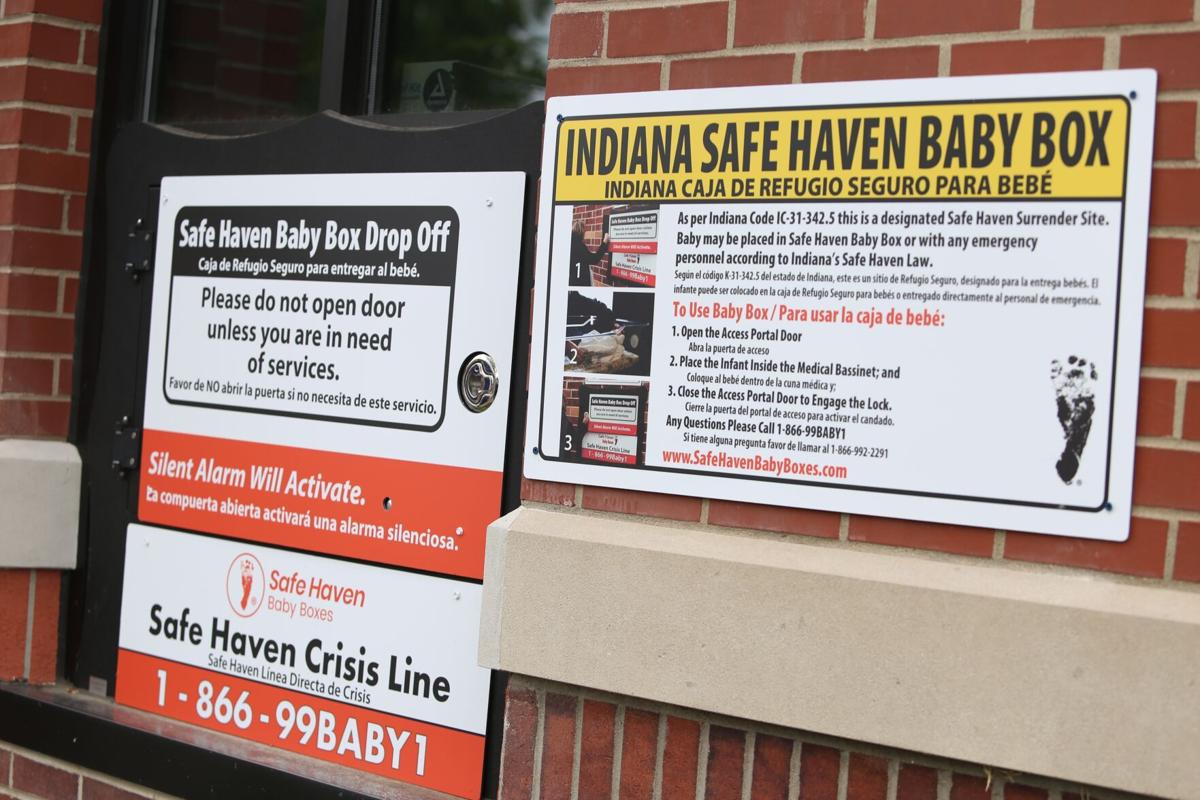 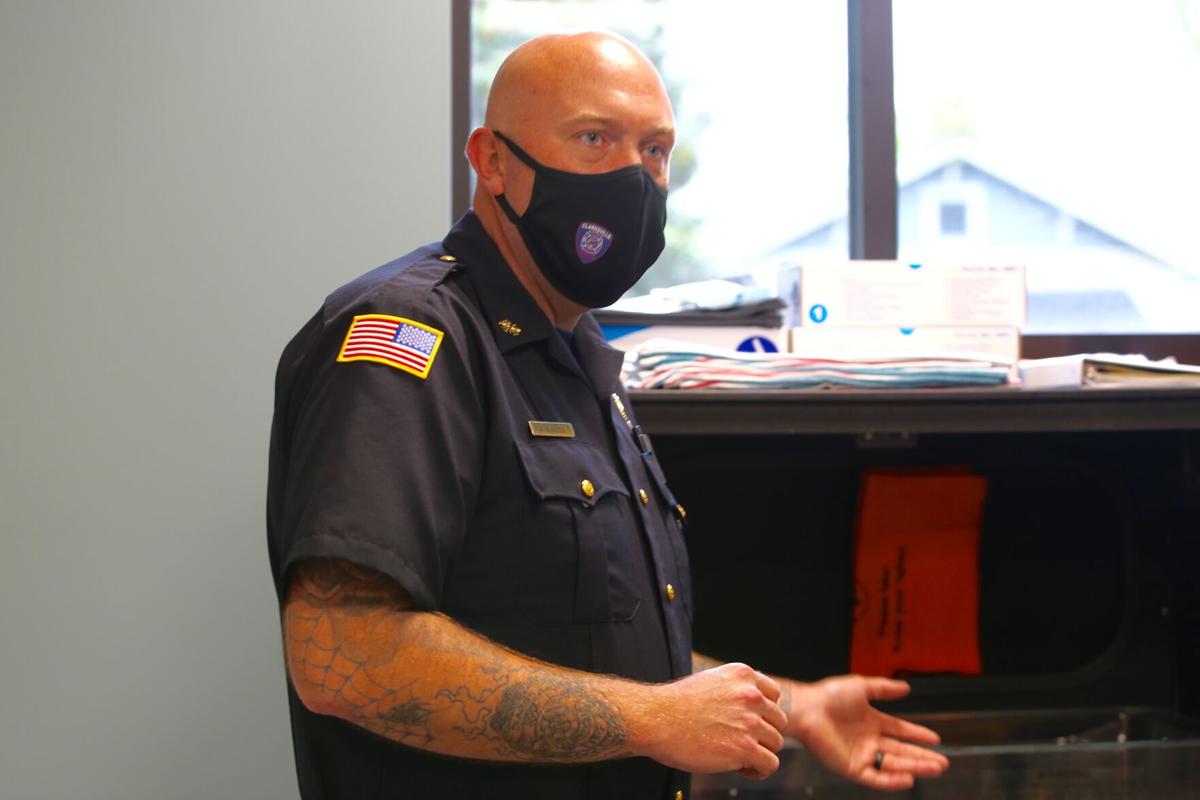 Clarksville Fire Chief Brandon Skaggs demonstrates how the firefighters respond to the safe surrender of a newborn in a Safe Haven Baby Box. 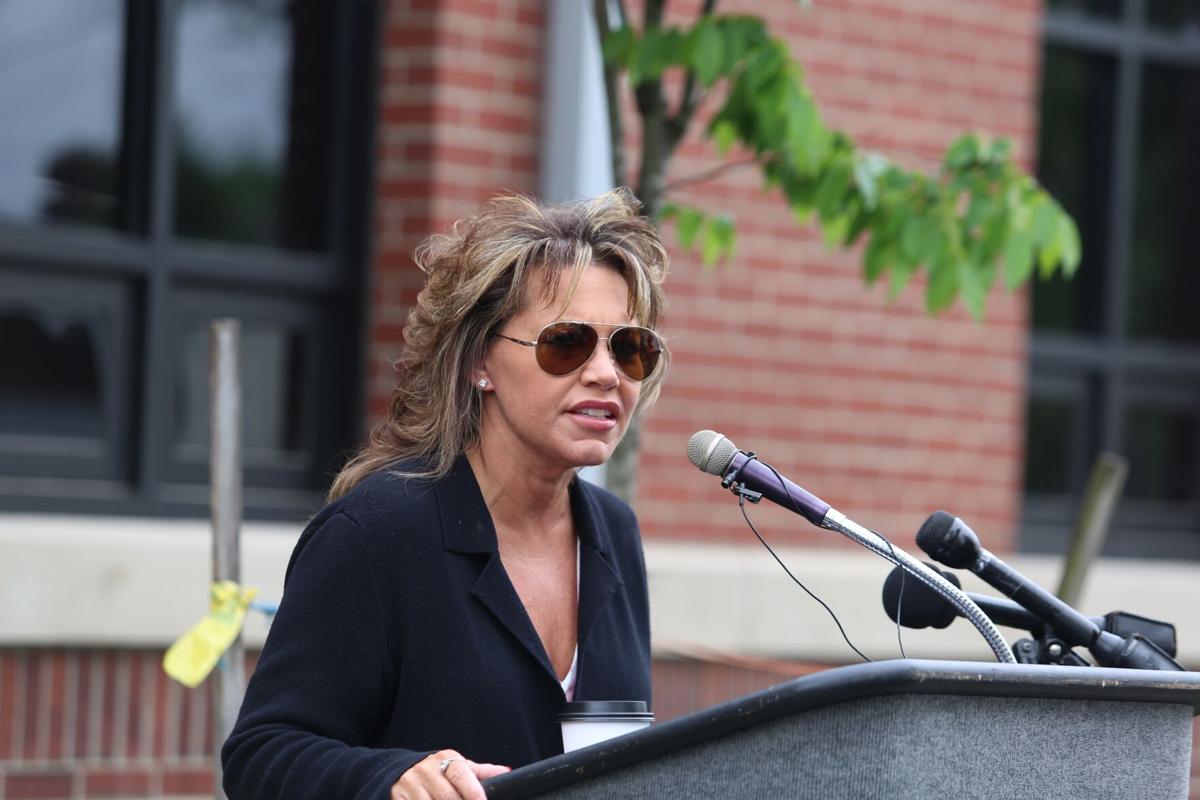 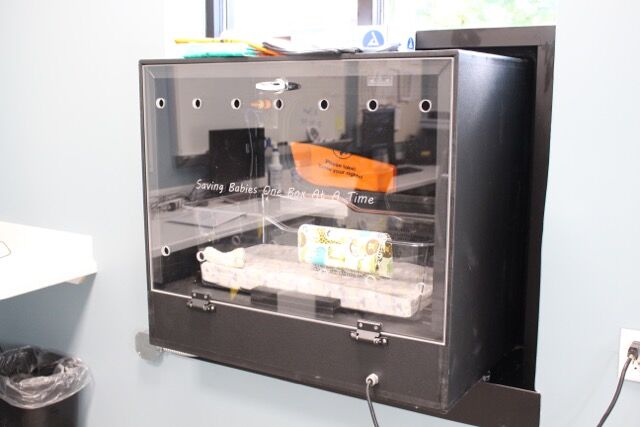 The inside of the Safe Haven Baby Box installed last fall at the new Clarksville Fire Station at 106 Stansifer Ave. The boxes provide parents who are in crisis and unable to care for their baby a way to get the child to safety and a family with the resources to provide care.

Clarksville Fire Chief Brandon Skaggs demonstrates how the firefighters respond to the safe surrender of a newborn in a Safe Haven Baby Box.

The inside of the Safe Haven Baby Box installed last fall at the new Clarksville Fire Station at 106 Stansifer Ave. The boxes provide parents who are in crisis and unable to care for their baby a way to get the child to safety and a family with the resources to provide care.

CLARKSVILLE — For Clarksville Fire Chief Brandon Skaggs, Sunday was “one of the most amazing days” of his career when a baby was safely surrendered at a Safe Haven Baby Box.

“Six months ago we blessed this box, and yesterday it delivered a blessing,” he said. “The baby was beautiful, and it was a very emotional experience for the firefighters.”

A healthy newborn girl was left in the baby box early Sunday morning at the Clarksville Fire Department’s Station #1, at 106 E. Stansifer Ave.

The Safe Haven Baby Box allows a parent in crisis to safely and anonymously surrender a newborn if unable to care for the child.

Infants surrendered under this law will be released from the hospital and placed into the custody of the Department of Child Services. Safe Haven babies will be placed within 30 to 45 days with an adoptive family.

Monica Kelsey, founder and CEO of the Indiana-based Safe Haven Baby Boxes nonprofit, said at a Monday news conference “this child is a wanted child” who “will be loved and adopted very quickly.

“We actually have a waiting list for Safe Haven babies in the state of Indiana,” she said.

“This baby yesterday was in the box for less than a minute — less than 60 seconds the baby was in this box,” Kelsey said.

The Safe Haven box at the Clarksville fire station was dedicated and made public Oct. 16.

The program stems from the passage of Indiana’s Safe Haven Law in 2000. The law allows parents to anonymously leave a baby 30 days old or younger with an emergency responder without facing prosecution. No questions are asked of the parent as long as there are no signs of intentional abuse of the child.

Skaggs said firefighters “experience a lot of the end of life,” but yesterday “we experienced the beginning of life.”

The full-term infant was not in any distress, he said, and she was cared for by the crew at the fire station before she was taken to the hospital.

“I’m very proud of the resource we have,” he said. “I’m also proud of the team that it took to get this type of resource.”

Skaggs said a lieutenant at the fire station heard the door when the baby was placed in the box and recognized there was a child inside the box in a “matter of 10 seconds.”

“Yesterday he paged overhead for his crew to respond to the watch room, and they removed the baby,” he said.

Safe Haven Boxes are located in multiple states, and there are more than 60 boxes altogether in the country, according to Kelsey. Her goal is to make sure children aren’t abandoned in dumpsters, trash cans or on the side of the road but instead are immediately surrendered in a safe environment where they will receive the care they need.

Tim Hauber, a member of Clarksville Town Council, said he feels that yesterday “God took a bad situation and made a good one out of it.”

“Because of that, a child is safe and alive, and she’s free to be whatever she wants to be,” he said.

Caitlyn Henderson, a local nurse, led fundraising efforts to support costs of the Safe Haven Baby Box in Clarksville. She raised almost $6,000 through the community fundraising, which helps pay for maintenance of the box.

It was overwhelming learning the news of the first safe surrender at the Clarksville box, she said.

“I’ve been crying for like 24 hours,” Henderson said. “It’s a lot to take it. I’m very happy this baby is safe, and I just hope the mother’s OK too. It’s a lot of emotions to process.”

The fire department does not own the box, but instead leases the boxes from the Safe Haven Baby Boxes nonprofit for $200 a year. The nonprofit is responsible for taking care of the boxes in terms of maintenance and upgrades.

The baby box is there for parents “who don’t know the situation they’re in and what decisions they have to make,” Skaggs said.

“We’re here, we’re ready, and we respect you,” he said in reference to the anonymous parent who surrendered the child. “The thing you did yesterday was very brave and courageous, and God bless you.”

Kelsey said she wants the parent who surrendered the child to know there is help available, and she is grateful that the parent made the choice to safely surrender the baby at the Safe Haven box.

“We have resources for you, we honor you today and we are so thankful that you kept your child safe and allowed us to be here in your time of need,” she said.

The baby box also includes a number for a 24-hour hotline, 1-866-99BABY1, to help parents in crisis as they consider surrendering their child.