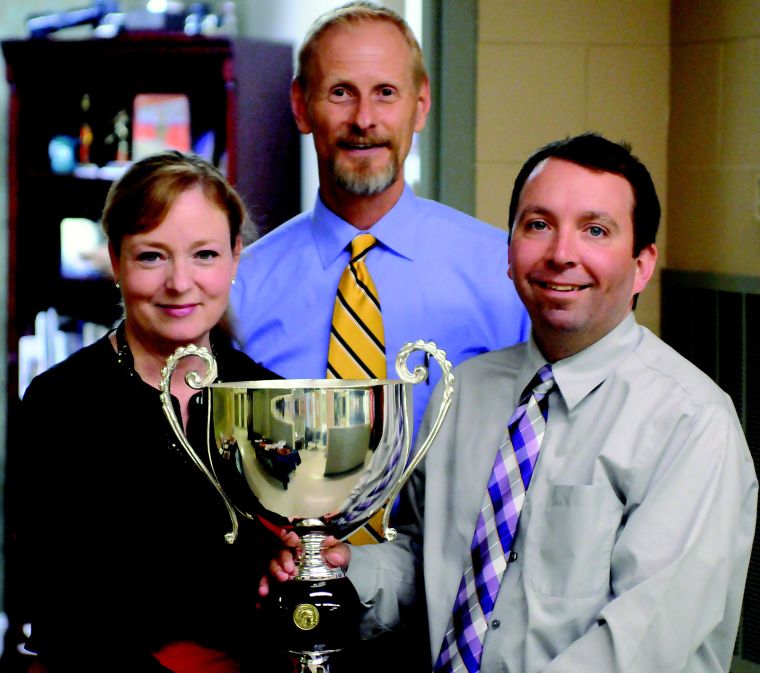 The News and Tribune was presented the Newspaper of the Year award by parent company Community Newspaper Holdings Inc. for the smaller daily division in this file photo. On Monday, the News and Tribune won its fourth such award from CNHI since 2010. Presenting the award in this photo was CNHI President and CEO Donna Barrett, a Henryville native. Also pictured are, from left, Publisher Bill Hanson and Editor Shea Van Hoy. 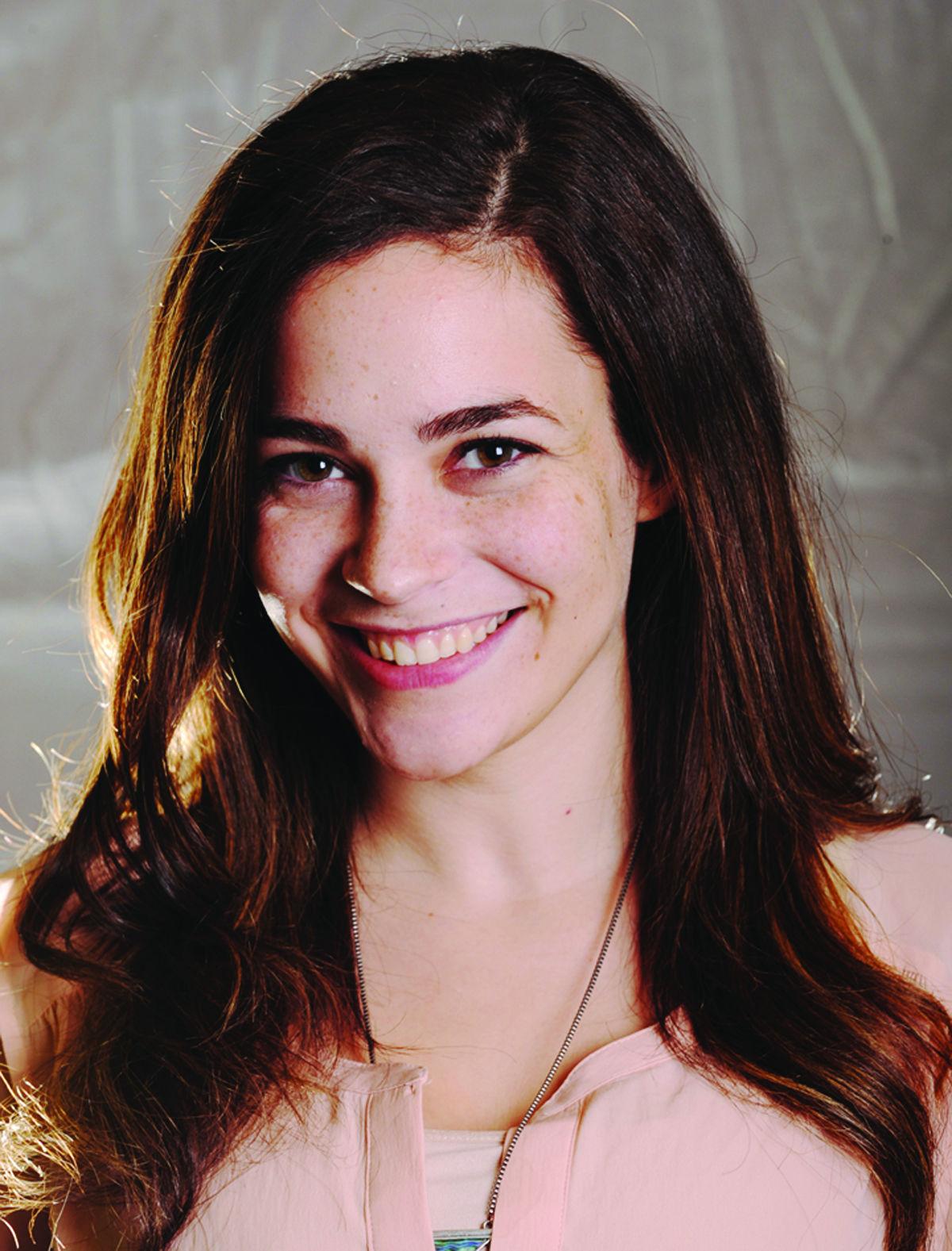 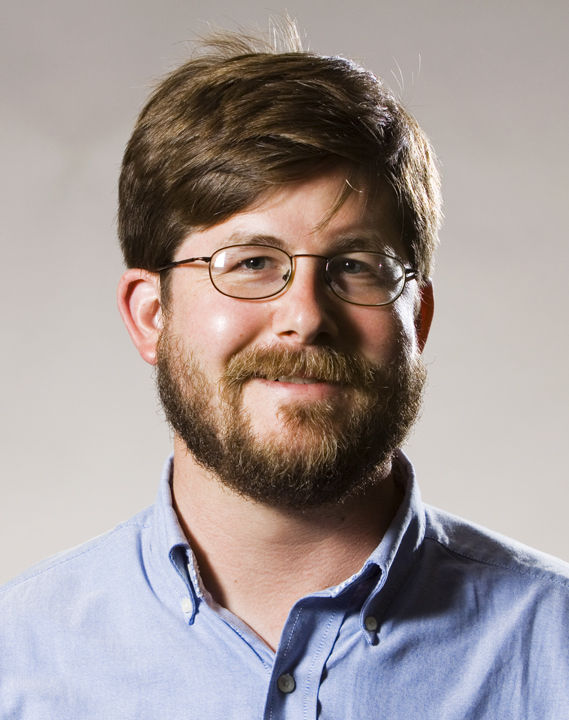 The News and Tribune is once again CNHI's Newspaper of the Year in its division, the fourth time since 2010 the leading information source in Clark and Floyd counties has won the award.

The news organization took five first-place or runner-up awards in the annual contest, including a first place for best video — "Facing Homelessness" — shot and produced by IU Southeast journalism student Marisa Gartland. No other paper in the division took home more than two awards.

Senior Reporter Elizabeth Beilman was named runner-up for Reporter of the Year in the division, and Christopher Fryer took the same honor in the Photographer of the Year category. The News and Tribune also took runner-up in the Public Service journalism category for its "Facing Homelessness" series, which published over seven months last year.

“I feel like I’m starting to sound like a broken record after the newspaper winning Small Business of the Year from One Southern Indiana a couple of weeks ago and now Newspaper of the Year in our company,” publisher Bill Hanson said. “But I am just so grateful to work with such a talented bunch of people here. I have been in the newspaper business for 31 years and this newspaper winning four awards of this nature over a six-year span is truly remarkable. It just doesn’t happen that often."

Judges said of the Newspaper of the Year win, "The News and Tribune is a consistent source of well-planned coverage, of depth and breadth. Among the year’s many highlights were a strong print and digital package on homelessness, a package on a needle exchange program in a high HIV-infected community and a watchdog report on a road extension that never happened. Its team of journalists digs into issues and produces solid reporting.

"The News and Tribune showcases strong writing and design, as well, giving readers an engaging variety of page one stories. Sports coverage is well-rounded and local editorials are interesting. A strong, regularly updated website publishes news as it happens. The online product complemented with a number of other unique digital elements — including a photo feature, video module and reader-submitted pet of the day."

The News and Tribune — with offices in New Albany and Jeffersonville — publishes a print and electronic edition six days a week as well as at newsandtribune.com. It also publishes the weekly SoIn and Neighbors sections, as well as Southern Indiana Fitness Source, Southern Indiana Business Source and other specialty publications throughout the year.

“We don’t just have people who are talented in their jobs," Hanson said. "They also care about what they do for the newspaper and the communities this newspaper serves.”

A panel of nine CNHI editors and news executives judged the contest, issuing another 18 awards for the work of individual journalists. Community Newspaper Holdings Inc.'s newspapers, websites and niche publications serve more than 130 communities throughout the United States.

"I've judged these awards before, and there are a lot of great papers and journalists out there," said Editor Shea Van Hoy. "Our staff is as good as any at a paper our size, and it shows in the recognition of our peers."